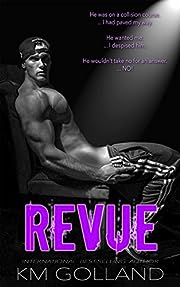 He was on a collision course

He answered to no one

He didn’t take no for an answer

When freelance photographer, Corinne Lee, is required to visually document the nationwide tour of Wild Nights Male Revue, she finds herself in a world of near-naked, testosterone-fuelled men on stage—not her photographic muses of choice. She also finds herself in the arms of Josh, the revue’s star performer.

Josh Adams thrives on the limelight, the stage and, most of all, the attention of women who endlessly throw themselves at him. He dances sex, speaks sex, breathes sex … is sex! Josh lives for sex, but never with the same woman.

When both opinionated and headstrong characters are closely thrust together in a lust-ridden and sexually-charged environment, which of the two will break first?

Will Josh realise that Corinne could be the exception to his ‘no strings’ rule? Or will Corinne let go of the fantasy of finding Mr One and Only? 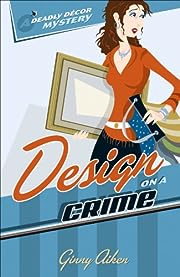 Sometimes decorating can be deadly serious

Haley Farrell is taking a chance on herself. After earning her interior design certificate, she quits her retail job and opens a decorating business. But starting her own company may be tougher than she first thought. Just as Haley’s first assignment gets underway, she suddenly finds herself as the prime suspect in a murder investigation. What’s worse, the victim is Haley’s best friend and mentor, Marge Norwalk.

Reeling from Marge’s death, Haley soon realizes that the only way to prove her innocence is to find the real murderer. Before long, Haley is collecting clues and suspects like other designers collect paint chips and fabric samples. But will contractor Dutch Merrill and detective Lila Tsu be swayed by her investigative talents? Or will she be the one punished for this perfectly designed crime?

Magic of the Gargoyles: An Elemental Fantasy Novella 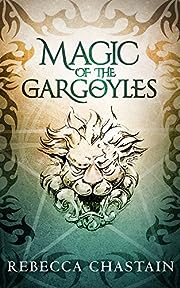 “I freaking love this book! . . . All I can say is I think you should read this.” (Happy Tails and Tales)

Mika Stillwater is a mid-level earth elemental with ambitions of becoming a quartz artisan, and her hard work is starting to get noticed. But when a panicked baby gargoyle bursts into her studio, insisting Mika is the only person she’ll trust with her desperate mission, Mika’s carefully constructed five-year plan is shattered.

Swept into the gritty criminal underworld of Terra Haven, Mika must jeopardize everything she’s worked so hard for to save the baby gargoyle from the machinations of a monster—and to stay alive…

Love in a World of Sorrow: A Teenage Girl’s Holocaust Memoirs 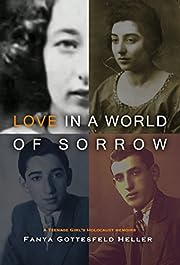 This book describes Holocaust reality as we have never encountered it before. From the unrelenting fear of death and gnawing pain of hunger, to the budding relationships of an adolescent girl growing into womanhood during the worst of all times, the author withholds nothing. Fanya Gottesfeld Heller’s subtle depiction of her parents knowledge that it was a non-Jew’s love for their daughter that had moved him to hide them, and their embarrassment and ultimate acceptance of the situation, lead us to wonder how we would have acted under the same circumstances as father, mother, or daughter. Love in a World of Sorrow features Fanya’s gripping tale of survival and an updated foreword and epilogue by the author, reflecting more than a decade of experience bearing witness to the Holocaust before hundreds of audiences around the world. On the reading list at Princeton University, the University of Connecticut, and Ben Gurion Univesity of the Negev, among others. Fanya Gottesfeld Heller’s book is an indispensable educational tool for teaching future generations about the human potential for both good and evil.

All Eyes On Trust 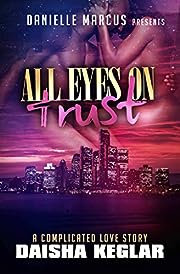 Keylani has been through hell and back. Now the only thing that matters is taking care of her baby sister, Kai. With the help of her cousin Peaches and Ms. Kim, she is making it work the best way she can. But when Ms. Kim’s son barges into her life, she doesn’t know whether to run or to fall for his intoxicating aura. Jay is every bit of the word sexy, and he’s just as cocky. Lani is drawn to him like bees to honey. However will the disappointments of her past get in the way of letting him love her?

Jay has a past that he definitely doesn’t want to relive. He relocated to Atlanta to get away from it, but a trip back to Detroit brings him in the presence of Keylani. She had him from the moment that she looked at him; and doesn’t plan to stop until she became his. But, with both of them having such checkered pasts, will their skeletons keep them apart? Or will they prove to be Detroit’s Bonnie and Clyde. 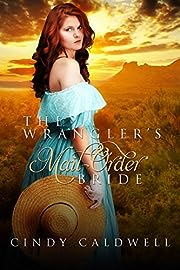 Clara had spent most of her life working in her friend Sadie’s bakery in cold, snowy Chicago. Until Sadie lost the bakery and moved to Arizona to marry a man, sight unseen. Soon after, Clara was at a crossroads when her brother announced that he and his wife were moving to New York City and she should go with them. She’d also received a letter from Sadie asking her to be the bride of a friend of theirs, a horse wrangler. As Clara had just had an interesting experience with some horses in the cold, a move to warm Arizona Territory instead of New York City was a more appealing adventure.

Hank had spent his life on the open trail, driving cattle across state lines for his father, a gentleman rancher. He’d spent many long days and quiet nights out under the stars, working with horses and molding them to be the best they could be. Now, he was ready to leave the trail and do what he loved—train horses. When his grandfather passed away, leaving him property that would be perfect for horse-wrangling, he thought his problems were solved. There was one catch, though—a big one. He couldn’t inherit the property unless he was married. Clara was suggested as a possible bride and he gratefully agreed. He had no idea his bride knew more about horses than he realized. And about people.

When a tragedy threatens his fledgling business, Hank must decide between his father’s wishes that he stay on the trail, or his dream for his own future. Would his father succeed in tearing them apart or would Clara be able to convince Hank that the two of them belonged together after all? 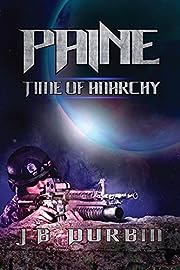 A CIA-manufactured plague was bioengineered to attack coca plants in an effort to eliminate cocaine production. The plague mutates and destroys food plants worldwide. Governments collapsed and billions died. Follow Michael Paine Martin, the son of a mercenary leader, as he tries to protect himself and his family from the ravages of anarchy.

Thirteen-year old Mike shivered from the cold and loss of blood. He had rolled out of bed and grabbed the first weapon he could reach when the alarm had sounded and immediately regretted his choice. The twelve-gauge automatic shotgun he carried was heavy, and his shoulder hurt from its massive recoil. The only good thing was that he really didn’t have to be right on target to get a kill. Unfortunately, it did not protect him from the wild burst from the automatic rifle of the first marauder he shot. Two of the bullets had punched holes through the calf of his left leg, requiring the application of a tourniquet. Mike limped through the rest of the fire fight, losing all feeling in his left foot and fighting the blackness that threatened to overcome him. Even though his vision was blurry, he managed to kill at least three attackers at close range. He collapsed against a wall, breathing heavily, light-headed and on the verge of nausea from the death he had wrought and the physical pain he was feeling. He felt, rather than saw, movement behind him and, in reflex, brought up his weapon, squeezing the trigger. As the shotgun went off, it was jerked from his hand and he was knocked to the ground. Mike closed his eyes and prepared for the end. 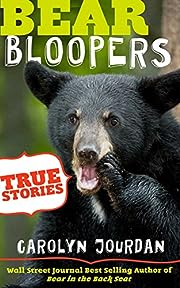 Newest addition to the Wall Street Journal best selling “Bear in the Back Seat” series. A collection of hilarious, heartbreaking, and terrifying encounters with wild black bears in the Great Smoky Mountains National Park.

Rangers, scientists, wildlife photographers, wilderness guides, tourists, and others do all the wrong things when meeting one of the world famous icons of the Smokies.

Wake up from a nap and discover a bear sleeping next to you, see a bear driving a car through the park, or hear a ranger whisper a warning that there’s a bear in the stall next to you in the ladies room. It’s all so emBEARrassing.

Children’s Books: THE PRINCESS IN MY TEACUP (Adorable, Rhyming Bedtime Story/Picture Book for Beginner Readers About Being Kind and Useful, Ages 2-8)

What little girl would not want a princess to visit her? That’s what kept happening to the little girl in this story. A princess would show up in a mud puddle, the kitchen sink, a bathtub, and even in a cup of tea. But it is what the princess told her that was most important, and the little girl took it to heart. Who was that princess in her teacup? You’ll have to read the book to find out.

All in rhyme and accompanied by over 35 delightfully colorful illustrations that dance along with the story. 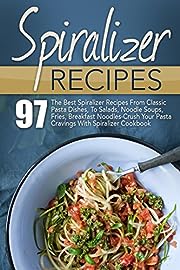 So who would benefit the most from this cookbook? Definitely those who want to lose weight, wish to start a healthier lifestyle, manage a health issue such as diabetes, heart disease, or allergies, and those who simply want to eat more vegetables everyday

One great benefit of having a spiralizer is that you can add more vegetables into your dishes quite easily. Those who want to lose weight or improve their health can prepare vegetable dishes effortlessly at home. People who are sensitive to gluten will also greatly benefit from the spiralizer since they will be able to enjoy more types of dishes by following traditional recipes but with the spiralized substitutes

The spiralizer is a chef’s dream and well kept secret, because it helps him or her create a wide variety of healthy meals with vegetable and fruit pasta and ribbons. With this cookbook, you can also prepare nutritious and incredibly healthy dishes, such as pasta dishes, soups, noodles, snacks, and even dessert!

Best of all, you can choose recipes from five chapters for your vegetable and fruit pastas, salads, soups, snacks and side dishes, and even sweets! The recipes in this ebook require ingredients that are affordable and easy to find. Most of the recipes are gluten free and rely on healthy herbs and spices as flavoring. This makes it a cookbook that is good for your health! 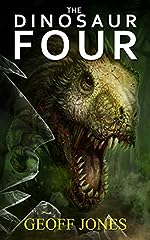 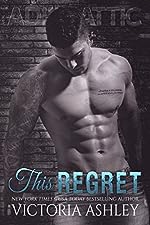 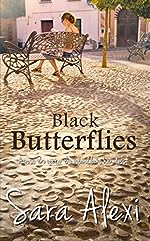 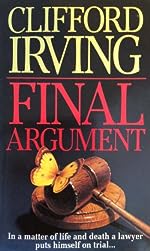 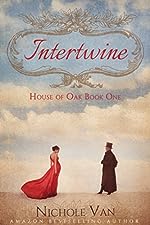 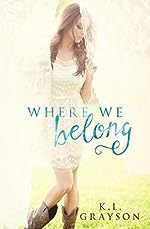 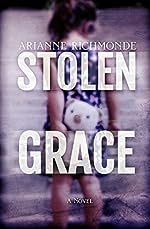 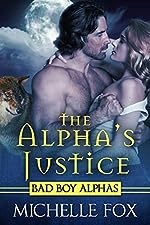 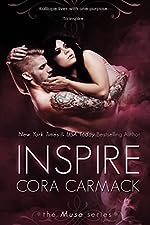