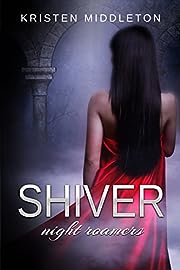 While Nikki tries to adjust to a new life in Shore Lake and forget about the horrors of last summer, she battles with her own inner demons still craving Ethan’s dark embrace.

Meanwhile, Duncan disappears in the middle of the night after being stalked by shadows, Nathan’s spending more and more time in the company of the sexy vampire, Celeste, and there’s a hot new club in town where the after-parties… are to die for! 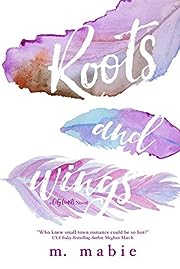 Suddenly, I was a bachelor in an unfamiliar town with a money pit of a house, a truck that wouldn’t run, and a new job. Yet, all could think about was Mutt, or at least that’s what they called her.

To me, she was gorgeous and witty … and perfect. She knew more duty than desire, more perseverance than passion, and more acquaintance than affection, but here was no way I’d ever want to change her. In fact, I was dying to show her the life she’d been missing, but first she’d have to trust me enough to tell me her real name.

I wanted to plant roots, but I refused to clip her wings. Not when she was everything I’d been looking for and all the home I’d ever need.

Roots and Wings is a standalone contemporary romance. If you’re looking for a good time, then you’re come to the right place. Welcome to Wynne. 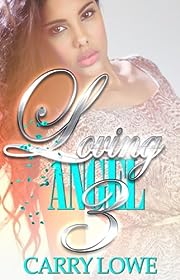 Tyga, Angel and the crew are back along with all their drama.
Sexy and her bay are facing one of the biggest obstacles to have ever graced their relationship; her unexpected pregnancy and the fact that her rapist could be the baby’s father. Will they be able to overcome this problem or will it finally be the straw that breaks the camel’s back?
Delco has finally made his choice and he has chosen Daisy. But will Maria just allow them to have the happily ever after that she was supposed to have with him?
Keya is still as grimey as ever and her body count keeps getting higher. With the amount of niggas she’s giving the monster, will one of them finally take her out of her misery?
Old enemies are plotting and new enemies are lurking in the dark. Who will be left standing when this war is over? 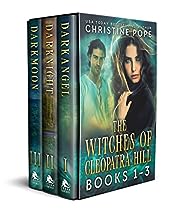 Ancient curses…family feuds…finding a happily ever after can be a real nightmare for the modern witch.

DARKANGEL:
As the future prima, or head witch of her clan, Angela McAllister is expected to bond with her consort, her soul mate, during her twenty-first year, thus ensuring that she will come into her full powers at the appointed time. The clock is ticking down, and her consort has yet to make an appearance. Instead, her dreams are haunted by a man she’s never seen, the one she believes must be her intended match. But with time running out, and dark forces attempting to seize her powers for their own, Angela is faced with a terrible choice: give up her dreams of the man she may never meet and take the safer path, or risk leaving her clan and everyone in it at the mercy of those who seek their ruin.

DARKNIGHT:
Kidnapped by a rival witch clan, Angela McAllister envisions a dark future for herself until she discovers her captor’s brother is the unknown man who has haunted her dreams since she was a child. Forced to re-evaluate everything she’s ever known about the Wilcox witches, Angela begins to explore the powerful connection that binds her to Connor Wilcox, despite the generations of hostility between their families and the disapproval of those closest to her. And when a dark, malignant force arises, Angela knows she must draw on her growing powers as prima to protect enemies and allies alike…even if her choice threatens to tear her new and fragile love apart.

DARKMOON:
One hundred and fifty years ago, a terrible curse descended on the Wilcox clan, dooming generations of women to an early death should they bear a child to the bloodline of Jeremiah Wilcox. Now Angela McAllister is carrying Connor Wilcox’s child, and if she can’t find a way to break the curse, that same doom will fall upon her. The solution to her dilemma lies somewhere in the past—her own, and that of the woman who cast the curse so many years before. Angela’s quest to find the answers she needs will transform the lives of everyone she knows, Wilcox and McAllister alike, and will forever change everything she has ever believed about herself. 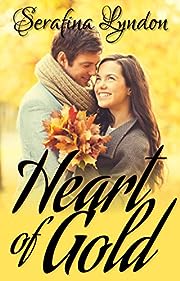 After the death of her troubled mother, Sienna Hart returns to her small, coastal hometown of Ruby Bay to help her estranged sisters with the estate. She is hopeful that they can mend their broken relationship, and it’s a chance to get away from her selfish, unreliable ex-boyfriend who is pushing to get back together.

Carter Palamo is a kind, handsome, yet bitter man. Burned by his last girlfriend’s cruel rejection of his proposal, he is hesitant to get involved with another woman. He runs his family’s hardware store in Ruby Bay and helps his grandmother with her Christmas tree farm, but makes no effort to bring his dreams of marriage and children to fruition.

When a new artist does a terrible job of decorating the hardware store’s windows for the holidays, Carter hires Sienna to do the work. Neither is open to love, but their fiery attraction to one another keeps bringing them back together. Yet their defenses are just as strong – both coming from tragic pasts and relationships with partners who refused to commit. Will they be able to take a risk on each other and stop the past from defining their future?

Un-Making a Murderer: The Framing of Steven Avery and Brendan Dassey 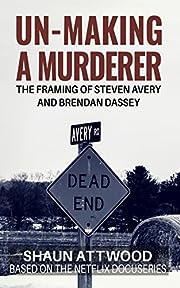 Innocent people do go to jail. Sometimes mistakes are made. But even more terrifying is when the authorities conspire to frame them. That’s what happened to Steven Avery and Brendan Dassey, who were convicted of murder and are serving life sentences.

Un-Making a Murderer is an explosive book which uncovers the illegal, devious and covert tactics used by Wisconsin officials, including:

The art of framing innocent people has been in practice for centuries and will continue until the perpetrators are held accountable; turning conventional assumptions and beliefs in the justice system upside down, Un-Making a Murderer takes you on that journey.

Shorty Fell In Love With A Dope Boy 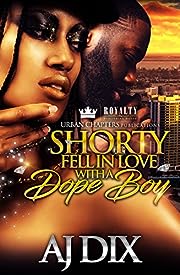 In the city of Chicago, Kiarra Walker and her bestie Lauren Jefferies are living life and on the road to success. Kiarra is finishing her nursing degree and men are not on her agenda. While Lauren is following her dreams of being a photographer.
That is until Church and Tre come along and introduce them to the life that they were trying to get away from. Church and his brother Tre run things over East. Church is the brains of the operation, and Tre is known as the hot head and heavy trigger finger.
After Kiarra’s father was taken away from her due to the life he lived, she made a vow that she’ll never be with somebody who was living that fast street life. So far, she stood by that until she met Church. Rudely coming into her life Kiarra was a bit skeptical. Him and his brother Tristan are on the rise and he doesn’t plan to change that any time soon. When Kiarra took that leap of faith with this Dope Boy she doesn’t know if it would be worth it, knowing the life he lives. Experiencing a lot of turmoil, she is glad to have with her best-friend by her side to help.
Lauren is that friend everyone needs, she’ll tell it like it is and not how you want it to be. She’s never been the one to take mess from anybody. Moving to the beat of her own drum, Lauren is finally living out her dream and loving every moment of it. The night she and Kiarra met Tre and his brother Church, he swooped in and stole her heart immediately, drawing her into his web of lies. While most see her as the spoiled, stuck up daddy’s girl, she meets someone who sees her just as she is, a queen.
Find out what happens when tragedy, lies, secrets and betrayal come between their relationships leaving a few heartbroken and some deranged. Strength is tested when the question to be answered is ‘When enough is enough?’
There’s always a few frogs before you meet your Prince Charming… Shorty just happen to fall in love with a Dope Boy

Getting a Head (A Kat Parker Novel Book 3) 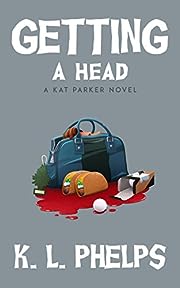 Reluctant psychic Katrina Parker always suspected her love of tacos would one day get her into trouble. She just always believed it would come in the form of tight jeans, not a decapitated head and the quiet ghost attached to it.

Agreeing to lend a hand to the severed head, Kat discovers that the problems of lugging a head all over town, crashing a wake, and keeping it hidden from hunky detective Damian Johnson all pale in comparison to having to deal with the constant smell issue.

Each misstep brings her closer to an answer, yet even closer to danger. And with her friends and family now in the line of fire, Kat must keep all her wits about her or risk losing her own head. 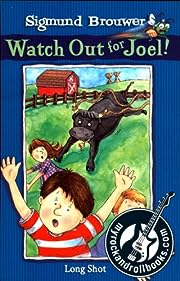 Another myrockandrollbook by Sigmund Brouwer, this one in The Watch Out For Joel series. Joel knows he, Ricky, and Lisa are bound for trouble when they build the world’s biggest slingshot. No one listens when Joel tells them trying it out might not be a bright idea! 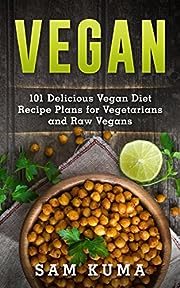 This book provides a practical guide to adopting a vegan lifestyle. If you are thinking about eating a vegan diet, you are probably worried about the time commitment and the lack of choices. Then let this quick vegan cookbook awaken your mind. This vegan cookbook has a long list of recipes that can be done within 20 minutes. It has a list of vegan recipes that are classified by type: appetizers, snacks, sauces, desserts, beverages etc. Yes, you can live your entire life with vegan recipes. It’s not just about salads; it can be about vegan cheese, vegan ice-cream, vegan burgers etc.
Highlights of this book:

What’s Special
What differentiates this vegan cookbook from other vegan books is it lets you get from the kitchen to the table in under twenty minutes. Most similar vegan books focus on certain areas of vegan diets (vegan pressure cooker, slow cooker etc.), this book discusses all types of foods with a focus on ensuring that no time is wasted in the kitchen. “101 Vegan Recipes” also wants to make sure you understand just how much of a difference a vegan diet makes to the planet and to your health. No matter which of the vegan books / quick vegan recipe books you choose, I would be glad to have you healthy and save the environment by adopting a vegan diet plan.
What’s Special
I love these recipes! Just to name a few of my favorites: Roasted Jalapenos and Lime Rice, Coconut and Strawberry Ice Cream, Peach Pudding and Berry Swirl. Niceness! Awesome! You can’t tell me you need meat to make a good dish. 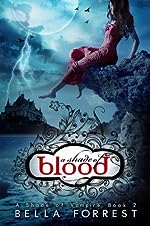 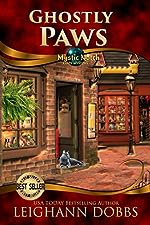 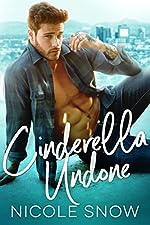 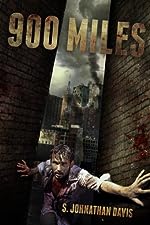 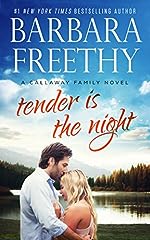 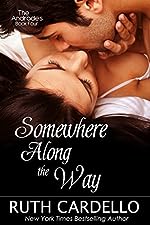 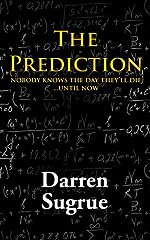 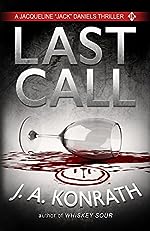 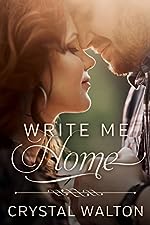 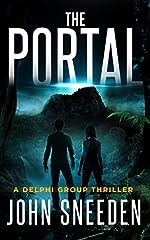 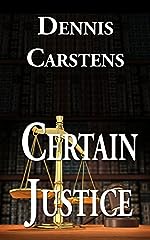 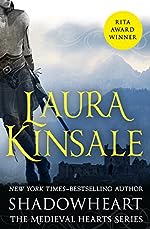 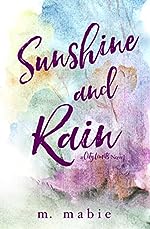 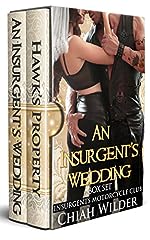