The Merman’s Kiss: A Mates for Monsters Novella 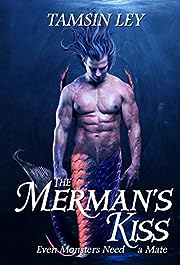 Even Monsters Need a Mate

After the death of her child, Brianna seeks to end her life within the ocean’s final embrace. Instead, she falls into the arms of a sexy, sleek-tailed monster. He’s wild, seductive, and sets her blood on fire every time he touches her, and soon she begins to need him for more than his magic to breathe underwater. He might just give her a new reason to live. Zantu has evaded the mate-bond for thirty-five years, dodging promiscuous mermaids with vile intents. Unlike mermaids, mermen bond for life, and Zantu refuses to accept the heartbreak most mermen die of. That is, until the glint of gold catches his eye, and a simple salvage mission turns to passion. Now he’s bonded to a human, and begins to wonder if bonding to the right mate might not be so bad. The problem? A finless female won’t live long among the dangers of the sea.

Now Zantu must choose between keeping her at his side, and keeping her safe. Either way, he’s sure he’ll end up with a broken heart. 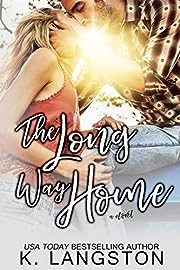 I can’t let go of the past. The overwhelming guilt won’t let me. I fight the pain every single day but it’s not getting any easier to carry, and there are days when I wonder if I will ever find happiness.

Or if I even deserve it.

Determined to endure my misery alone, I’ve pushed everyone out of my life, including my best friend, Linc. Now he’s back and he won’t leave without a fight. He’s tearing down my walls and forcing me to face what I’ve kept buried for so long. Because of him, I feel like I can finally breathe again, and there’s a sliver of hope weaving its way into my heart.

Will it be enough to save me from the darkness that threatens to drown me?

But it’s always worth it. 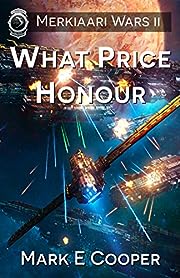 Under attack, she’ll stop at nothing to keep her crew alive. Nanotechnology was all that sustained humanity in their brutal war against the Merkiaari. The consequence was the creation of vipers, a regiment of cyborg super soldiers tasked with protecting the Alliance against the Merkiaari’s murderous alien invasion. When Gunnery Sergeant Gina Fuentez finds one of the fabled viper cyborgs in a terrorist camp during a mission, her squad comes under attack. Two members of her squad are dead, and she’ll face the same fate if she can’t escape the ensuing firefight. What Price Honour is the second book in a military science fiction series, a space opera of space exploration and alien invasion. 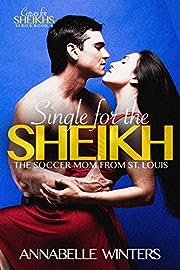 When divorced single mother Diane Delacort insults the arrogant Sheikh Nasser in public, the billionaire king decides that this single mommy needs to be disciplined . . . in private! OMG! 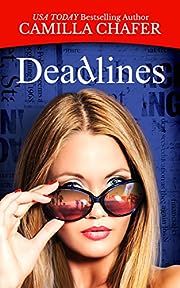 Shayne Winter thinks she has everything she ever wanted: a job as chief reporter at The LA Chronicle, a swish, new apartment in a fabulous neighborhood, and a California-cool lifestyle. But on the very first day, it all goes horribly wrong. The apartment is less “young professional” and more “young offender,” as the only furnishing is a handsome squatter with roving eyes. Even worse, Ben Kosina, her predecessor at The Chronicle, has returned to claim his former job, leaving Shayne nothing but the obituary column and a simple choice: take it or leave it.

Her first assignment should be easy: eulogizing the accidental death of washed-up former child-star, Chucky Barnard, and filing her column. Yet when Shayne interviews the people closest to Chucky, his sister claims Chucky had everything to live for, suggesting his untimely death could only be murder.

Convinced this could be the perfect headline to put her life back on track, Shayne vows to find the truth, persuade a reticent homicide detective to investigate, and bring a killer to justice, all before Ben grabs her story and the killer makes Shayne his or her personal deadline. 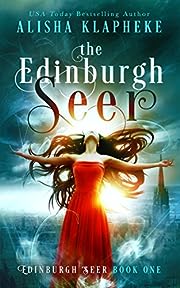 Aini MacGregor has a deadly secret.

In an alternate, modern-day Scotland, she must hide her sixth sense or face the firing squad. Because of the king’s mysterious fear of sixth-sensers, his head of security hunts people like her. And the man’s clan has a choke-hold on her hometown of Edinburgh.

When Aini’s father is abducted from their altered sweets lab, she must risk death and use her ability to follow a trail of artifacts to save him.

Despite the rebels trying to lure her into their fight, the ghostly encounters, and the constant fear that the kingsmen will catch up, Aini believes she and her father’s apprentice will win out. After all, the handsome Scot happens to be a genius with a penchant for crafting sweets that defy gravity, enhance vision, and turn enemies into hopeless admirers.

Until she learns who the apprentice really is.

His secret is far more frightening than hers and its unraveling will flip both their worlds upside down.

Another Breath, Another Sunrise: A Holocaust Novel (Michal’s Destiny Book 4) 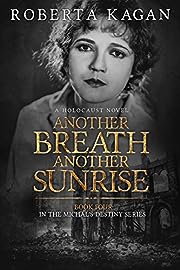 It’s 1945. The Nazis surrender. Hitler is dead. But, the Third Reich has already left a bloody footprint on the soul of the world.
The Margoils family and their friends Lotti and Lev Glassman were torn apart by Hitler’s hatred of the Jewish people. Now that the Reich has fallen, the survivors of the Margolis and Glassman family’s find themselves searching to reconnect with those they love.
Lotti Strombeck- Glassman, is a German woman, living in Berlin. She had been a good friend to the Margolis family. Lotti had been married to Lev, a Jewish man, who was taken away by the Gestapo and never seen again. In 1945 the curtain comes down on Hitler. But, Stalin is pushing his army towards Germany’s capital city. There is an angry mob of Russian soldiers who are on their way to punish what’s left of Hitler’s Aryan race. They will take out all of their hatred for the Third Reich on the terrified women left behind in Berlin.
Alina Margolis escapes to America with her lover at the beginning of the war. Although she has been away from Germany, her life has not been easy. Alina is strugglilng to make her way in a foreign land that doesn’t welcome Jews or Jews of German decent.
At ten years old Gilde Margolis , along with a group of other children board a train out of Germany. They are headed for Britain on the Kindertransport. Alone and frightened, Gilde must leave everyone and everything she loves behind. She is taken in by a family in London. However, London is in the throes of war. Bombs rain down on the city. Food, clothing, even bath water is rationed. As air raid sirens blare and buildings are turned to rubble, Gilde Margolis comes of age. She learns to love, to sacrifice, but most of all to survive.
This is a story of ordinary people whose lives were shattered by the terrifying ambitions of Adolf Hitler… a true madman. 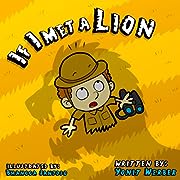 What would you do if you ever met a lion in your garden?
No, not a kitty cat that meows so sweetly; a lion!
In this humorous rhyming story for children aged 3 to 9 years old, a young boy thinks of all the ways he could protect himself, should he find a great big lion around his neighborhood someday.

Filled with wonderful illustrations and… interesting ideas,
this little story will not only spur the imagination; it also gives children the opportunity to consider their fears then discuss them with their parents,
which in turn will help them to consider ways in which these fears can be overcome. 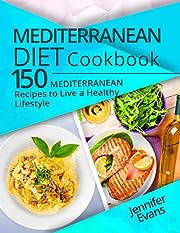 Make an important step and change your lifestyle. Live a healthier life by choosing a healthy diet: the Mediterranean one!
You will be surprised to find out that this diet does not mean you should deprive yourself of eating tasty dishes! It only means eating healthy ones, full of amazing ingredients!
The Mediterranean diet is such an amazing life option! It can make you a healthier person and you will be able to live a long and happy life!
If you made the decision and if you have chosen this wonderful diet, then all you need is this amazing cooking journal to help you get started.
Inside we collected only best of the best Mediterranean recipes for:

Get your hands on this great recipe collection and start cooking the Mediterranean way! 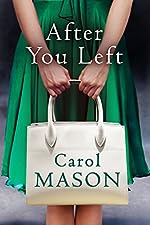 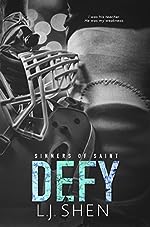 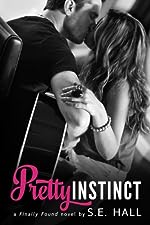 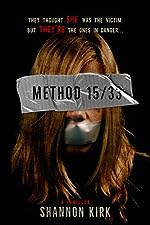 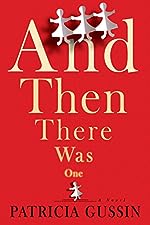 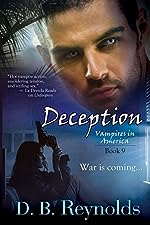 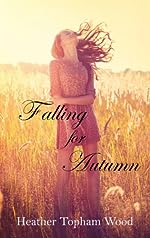