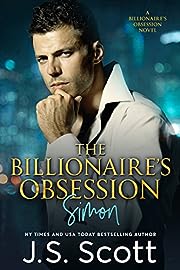 Down on her luck, nursing student and full-time waitress Kara Foster gets a massive blow to her already desperate financial situation that will surely find her living on the streets. Needing nothing less than a miracle to save her, Kara gets rescue from an unknown, unlikely and overwhelming source. Billionaire Simon Hudson makes her an offer that is impossible to refuse, but terrifying to accept from a man that she’s never met. Will the handsome, alpha billionaire really be a solution to her problems, or will he end up being a major complication and a danger to her emotional sanity?

Reclusive billionaire Simon Hudson would rather be behind a computer creating computer games than rubbing elbows with the elite and he knows exactly what he wants…until he meets Kara Foster. Something about Kara touches Simon in ways he’s never experienced and definitely doesn’t like. For over a year, Simon watches over Kara, but stubbornly refuses to admit his desire to possess her, not even to himself. But when she ends up in a situation that could very well be her destruction, Simon steps up to help her, not realizing that in saving Kara, he might very well be salvaging his own soul. 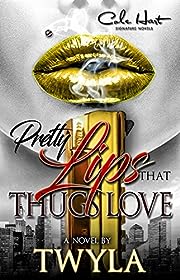 Ashanti McNeal dealt with twenty-three-year-old Kentay Mills sneakily for years and now at the age of eighteen she is happy to be in an open to be in a relationship with him. She knows that Kentay loves her, but his love for the streets, as well as other women often complicates their relationship. Despite the fact that Kentay doesn’t treat her the way she should be treated, Ashanti just can’t seem to let him go.

Kentay has known the streets his entire life. Besides his love for the hustle, Ashanti is the only woman that has his heart but it doesn’t stop his from veering off and dealing with other women; including women he knows should be off limits. When he’s not with Ashanti or dealing with other woman, he’s hustling alongside his best friend Slick. Kentay learns to keep his friends close and his enemies closer.

Twenty-year-old college basketball superstar, Ahmad Jones is the big man on campus at
Mississippi State. Everyone knows him; that was until he met Ashanti. They instantly hit it off as friends but the chemistry between them is too strong for either of them to deny.

As she’s preparing to start a new journey at Mississippi State, Ashanti and Kentay’s relationship is tested. Kentay notices her pulling away and tries to get himself together to make sure she remained with him but it may be too late. With test after test and betrayal after betrayal, the question remains if their relationship is strong enough to withhold what’s being thrown their way or has Kentay pushed Ashanti too far?

Truths will be revealed. Secrets will be unmasked. Pain will be inevitable. Relationships will dissolve. And, some relationships will launch. When it’s all said and done, who will be standing tall at the finish line? Check out Pretty Lips That Thugs Love and see what storms are brewing in this urban fiction love story between Ashanti, Kentay, and Ahmad. 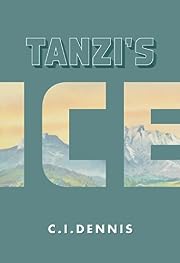 The unexplained death of his abusive, estranged father sends private investigator Vince Tanzi to his home state of Vermont in this fast-paced sequel to “Tanzi’s Heat.”
Vince reconnects with his mother, brother, and sister, only to find that his father’s efforts at making amends have put them all at risk. At the same time, his own personal life begins to carom between infatuation, responsibility, and disaster.
Follow Vince across the ski trails, jazz clubs, graveyards, and spectacular landscape of Vermont in midwinter as he races to find the killers—before he becomes their next victim. For mystery readers who like an added dash of romance, wit, and edge. 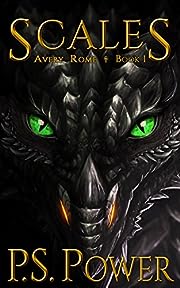 Hold on, because help is coming…

After murdering six people, Avery Rome was sent off to learn the ways of the Chosen. Twin souled Shapeshifters that each have a wonderful gift, the ability to become an animal at will. Unlike the curse that Avery has, becoming a Death Serpent. The vilest of all things, according to her old clan.
A Dragon.
Cast into the world, she must make her way as best she can. Protecting those around her. From herself. After finding a wonderful gift, that of Line Walking, she seeks to aid those who have taken her in, just as the Humans attack, for unknown reasons.
Now it is up to one girl to find those who would kill innocents, before they are forgotten by a world cast into a war they cannot afford. 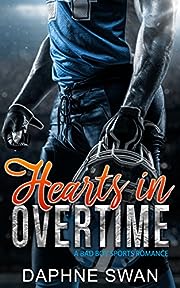 This is just my luck.

I finally get a job that’ll put an end to my financial struggles once and for all. I’ve been hired to write a biography for starting quarterback and brutally hot brooding bad boy, Ryan Blake. But there’s a catch.

Ryan is notoriously tight-lipped when it comes to his past, and trying to get him to open up is an arduous task. He’s stubborn and rude and all the things I can’t stand in a guy. And yet…

He’s the sexiest man I’ve ever seen in my entire life. When sparks start to fly, I can’t resist the urge to be with him. I’ll be fine just as long as I keep in mind that this won’t lead to anything real.

I’m a regular sort of gal with a little extra junk in the trunk and he’s…well, he’s Ryan Blake.

What is it about this wholesome chick with the smokin’ hot body that has me so captivated?

We’re hot for each other and that’s great, but I absolutely cannot let my guard down. If I start to get comfortable, the next thing you know I’ll start spilling all my secrets, and there are some things that need to stay hidden at all costs.

If the truth about my past should come to light, it’ll destroy my image. This girl has the power to ruin me.

I know I have absolutely no business hooking up with her, but I’m powerless to stop myself. Why is she so effing hard to resist? 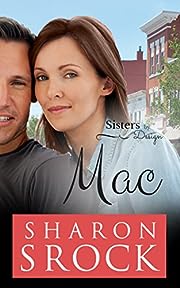 After separating herself from the oppressive cult where she was raised, Mackenzie Soeurs has two dreams: to give her son Riley a better life than she had, and to live in peace, as far from the harsh God of her past as she can get. At least that was the plan until her son got hauled to jail for theft and she lost the mother she never truly understood. In the darkest moments of her life, Mac finds herself surrounded by a group of Christian women she can’t understand and a handsome man, willing to take her son under his wing.

Dane Cooper, Garfield’s former bad boy and groom left at the altar, can’t deny his initial attraction to Mackenzie. Neither can he resist the urge from God to mentor her delinquent son. How can he guard his battered heart and still give Riley the same second chance he was given?

When Jesse, Charley, Randy, and Alex signed up for Mac’s first fitness class, they were looking for someone to whip them into physical shape. What they found was a woman bound by a cruel history, suffering through a tragic present, and in desperate need of a friend…or four. 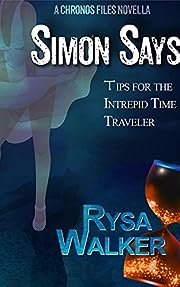 Simon Rand’s life isn’t exactly linear, but he’s okay with that. He was older than his mother when they first met, and he’s traveled pretty much everywhere and everywhen the CHRONOS key can take him. Much of his childhood was spent in the 1890s on the Cyrist Farm with his friend, Kiernan Dunne, but summer vacations meant hanging out with his grandfather in the 2020s, training to be Saul Rand’s right-hand man and fixing bits of history to help build Cyrist International.

But that’s just Simon’s day job. His true passion is time tourism–jumping right smack into the middle of historical events to see what really happened. Sometimes, however, simply witnessing an event can change it, and when Simon and Kiernan investigate the death of Simon’s teenage obsession, Marilyn Monroe, it may just unravel the history he knows and loves. 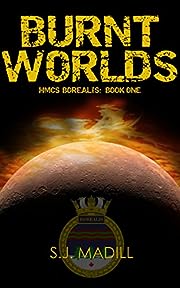 The commander of HMCS Borealis has a problem.  Several, actually, the most pressing of which is that he’s not even supposed to be in charge.  Disaster struck during the testing of a new jump drive, leaving the ship crippled and Lieutenant Dillon the highest-ranking officer still alive.

At the far edge of the galaxy, beyond any hope of rescue, it’s up to Dillon to pull the survivors together and get the ship home. As he struggles with the unexpected burden of command, things go from bad to worse.

A fugitive alien priestess arrives, her presence a diplomatic nightmare waiting to happen.  A mysterious ship follows them with murderous intent. And the Borealis’ desperate second jump lands them in uncharted space, surrounded by star systems full of dead planets.

With supplies dwindling, Dillon and the crew of the Borealis find themselves in a race against time to solve a centuries-old mystery.  Can they stop an ancient enemy from being unleashed?  Or are all the planets of the galaxy destined to become burnt worlds?

The Rescue (The Adventures of Ms Addie Pants, Book 1) 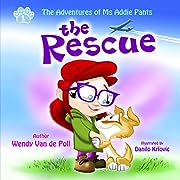 Love is to be shared, but Ms. Addie Pants was left on the side of the road with no one in sight. She wondered if there someone who would find her and give her a home she never had? Will her dreams ever come true? Discover Addie’s outcome in this timeless children’s picture book about love healing fear between a girl and her dog.
This children’s pet book on dogs is a true story about a puppy in Texas that finds a home in New Hampshire. This book’s main theme is that Love Heals Fear. It is about a strong little girl that is determined to save Addie and make her safe. It starts with abandonment and scary trucks zooming by.

Then she is discovered on the side of the road by a rescue hero who puts her on a plane with other puppies.

No one steps up to claim Addie when she arrives in NH but Addie hopes it is the little girl she saw waving to her when they were landing. It then describes the adventures of landing in Annie’s arms.

This children’s ebook will delight many ages from birth to adult. 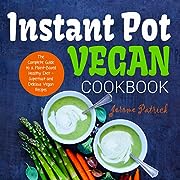 You can also choose a color version of the book
In this Instant Pot Vegan Cookbook, you will find exclusive sections of vegan breakfasts, snacks, sides, appetizers, soups, curries, stews, main course meals, sauces, and desserts. 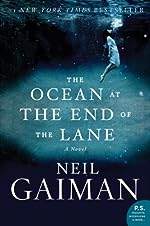 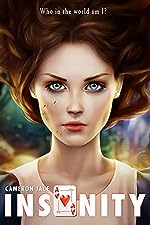 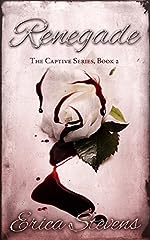 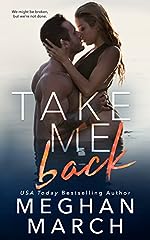 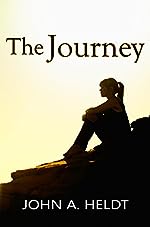 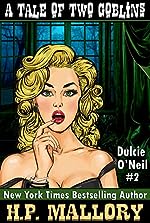 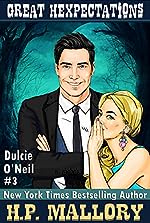 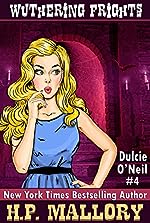 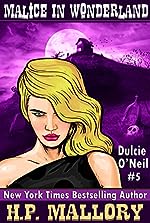 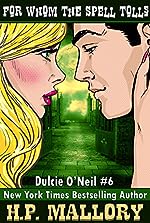 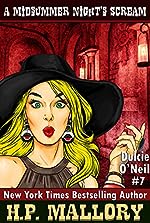 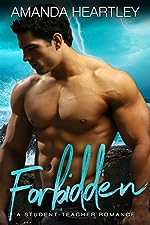 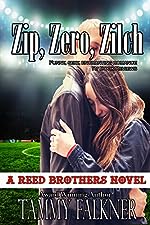 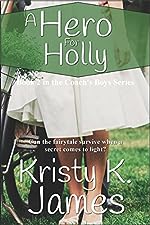