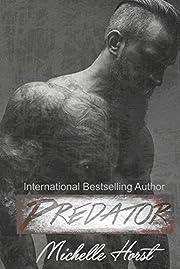 All my life I’ve been hiding, until there is no corner on this god-forsaken earth left for me to hide. I have to pay for the sins of my father. No one with Ellison blood in their veins is allowed to live, and I am the last of my bloodline.

I am kept in a container waiting for my death sentence to be carried out, when he comes. He is only known as ‘Predator’. No one knows who he works for, only that he leaves no one alive.

His every breath is filled with the last gasp of his dying prey.

But for some reason he doesn’t kill me.

I don’t know which is worse, the death sentence hanging over my head, or being at his mercy. 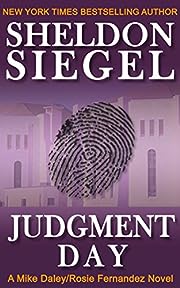 As husband and wife, Mike Daley and Rosie Fernandez couldn’t make it work. But as partners in one of San Francisco’s most tenacious law firms, Daley and Fernandez make one hell of a team.

Judgment Day finds the ex-spouses tackling their most difficult case yet. Called in at the last minute to try to stop the execution of Nathan Fineman, a former mob lawyer convicted of murdering three people in the back room of Chinatown’s notorious Golden Dragon Restaurant, Mike and Rosie must race the clock in a desperate attempt to prove their client’s innocence. With only ten days to go and a wealth of forensic evidence pointing overwhelmingly to Fineman’s guilt, their task seems impossible. Complicating matters, Mike must battle his own personal demons when the reputation of his dead father—a San Francisco cop who was one of the first officers at the scene the night of the murders—is called into question.

And as the plot hurtles toward its stunning denouement, judgment day is fast approaching not only for Nate Fineman, but for Mike’s father and the law firm of Daley and Fernandez as well.

Murder on the East Coast: A Cedar Bay Cozy Mystery 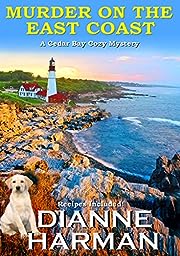 Kelly, the owner of Kelly’s Koffee Shop, and her husband, Sheriff Mike, fly to Virginia to see a friend, Stephanie, receive her doctorate degree. What Kelly didn’t plan on was becoming involved in trying to solve the murder of Stephanie’s friend, Julie. The mystery of who killed Julie leads Kelly to Boston, Massachusetts, York, Maine, and Portland, Oregon, as she tries to track down and identify the killer.

Was the ten million dollars Julie’s mother gave her as a graduation present the reason she was murdered? And just who would profit from her murder? The quirky cast of suspects includes Julie’s soon-to-be ex-husband, her worthless brother, a jealous co-worker, and the daughter she’d given up for adoption just after she graduated from high school, but with whom she’d recently been reunited.

Julie’s mother is the multimillionaire owner of a huge insurance company and convinces Kelly to try and help find her daughter’s killer. She has stage four pancreatic cancer, and her doctors don’t give her much time to live. Can Kelly find the killer before Julie”s mother dies of cancer? 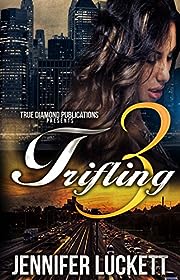 Sparkle thinks that all of her troubles are over and has moved on with her new man. Ontavious is perfect and treats her with respect, but when Sayveon unexpectedly returns to claim Sparkle’s heart, his entire demeanor changes and it becomes disturbing. Sparkle must decide whether the relationship is worth fighting for or if she should rekindle that old flame.
Stephanie now has it all together. She’s bounced back after several misfortunes and is determined not to let anything or anyone get her down. However, she’ll once again find herself in an position that’s hard to get out of. Her strength will once again be put to the test, and she’ll be fighting for survival. Is she strong enough to make it through this one?
After a serious and shocking experience, Sayveon realizes how he has taken life for granted. With a completely different frame of mind and wanting to change his old ways, he tries to become a better man. With all of the thirsty chicks surrounding him, he’s constantly tempted. When a new enemy arises and attempts to take him out of the game, he soon learns that nobody in the streets is to be trusted. Will he finally change for the better or will he continue with his Trifling ways? 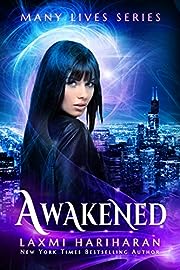 RUBY
All I have to do is save my friend, save my city, and save my soul.  Piece of cake.

VIKRAM
She’s hell bent on saving everyone, but I just want to protect her.

Can they save their city while losing their hearts along the way?

For the first time in her life, Ruby Iyer knows exactly what she must do. Armed with the sword of her ancestors, a weapon most would kill for, Ruby Iyer is determined to save her city.  Teaming up with the sexy, irresistible, rogue cop, Vik Roy, is the only way to succeed.  As they embark upon a perilous journey, they realize their enemies are closer than they think. And when the chemistry finally ignites, neither can deny the desire for each other. Can they save their city while losing their hearts along the way? 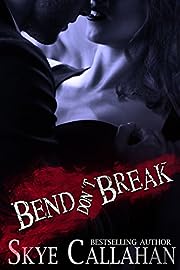 I thought I was done.
my End
I couldn’t take my eyes off her as the bullet tore through me, leaving me with nothing but the hope that I had done enough to save her. The darkness tried to engulf me—to brand me as its own and drag me to my fate.
my Darkness
Waking to see her tear-stained face above me was enough to make my heart stutter. I was alive and free from that place—but not from the toll it had taken on my mind and body.
my Strength
My story should have ended, but one woman kept standing in the way of that. The only way I could have her was to find a way to put the darkness to rest. 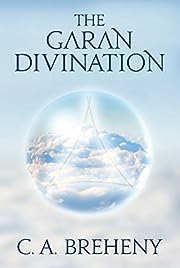 Even though Erin’s life may not have turned out quite as she’d imagined—a clinical operations manager at thirty-five, newly married (for the second time), stepmother to a teenage girl—all in all she considers it a good one. But her fairly ordinary existence is about to change.

One day she’s working, picking her stepdaughter up from school, grocery shopping, and making dinner for her family, and the next she’s waking up to the realization that she has a special gift—an ability that should have shown itself twenty years ago but lay dormant until now. At first she tries to ignore it. But when she encounters complete strangers who seem to know something about her secret, she must face the truth of who she is and what she can do. Her life and those she loves will depend on it.

The Garan Divination is a thrilling, contemporary fantasy novel that follows Erin as she struggles to balance her everyday life and her nightlife. But the more she learns about her special ability, the harder it is to know what’s real and who she can trust. Can she protect herself and her loved ones from danger—or will she be the one who causes harm? 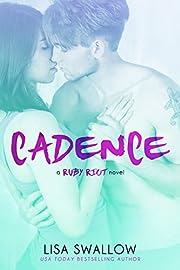 Explosive chemistry, heat and humour combine in this British rock star romance from USA Today bestselling author, Lisa Swallow.
English rock star Jax Lewis is the guitarist for Ruby Riot and the band are rising to success. He’s hot property and loving every minute of his new found fame. Now, he’s on tour supporting Blue Phoenix and living his rock star life to the full. Until Tegan walks into his world and puts the brakes on.

Tegan Hughes is taking a year out and has her sights set on touring Europe with her big brother’s band. Blue Phoenix drummer, Bryn isn’t happy when his sister arrives unannounced at his hotel in Lisbon, but Tegan isn’t the type of person to take no as an answer.

With her big brother breathing down their necks, Jax and Tegan attempt to keep a handle on their growing attraction but that proves harder than they thought. Tegan doesn’t want to be the sexy rocker’s latest conquest but Jax is used to getting whoever and whatever he wants. And after kissing Tegan once, he knows one thing…he wants more. 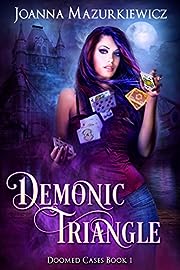 A missing royal. A love triangle. Can Maxine crack the case before her heart is ripped in two?

Maxine Brodeur has spent the past year recovering from a devastating breakup with Prince Arthur — the realm’s future king. She’s kept a low profile as a half-human/half-demon, spending her days running “Doomed Cases,” a private supernatural agency. After illegally revealing her powers to save a human girl from attack, she gets an ominous letter bearing the royal seal.

Rather than being punished, Maxine is hired to find the young, kidnapped Prince George. Back in the secretive life of the royals, she must learn to work alongside sexy detective Zachary Quinton. Her new partner has no respect for the rules, and her ex-lover Arthur is doing everything he can to win her back.

Will Maxine find the missing prince quickly or will she cause another royal scandal in the process?

The Gods of War 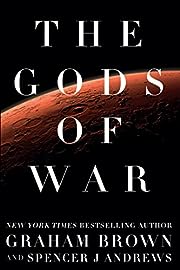 In the year 2137 the world stands on the brink of ruin.

Pollution, war and overpopulation have darkened the skies, photosynthesis has begun to fail and most of the Earth’s twenty billion souls face starvation and death. The only hope for survival lays with the fertile fields of Mars, where a thirty year terraforming effort is turning vast swaths of the red planet to green.

But to the leaders of the Cartel, a conglomeration of the world’s most powerful families, using Mars to feed the overpopulated masses of the Earth is a waste of resources. They have another plan—take Mars for themselves and leave the Earth to self-destruct on its own.

The only thing standing in their way is the idealistic President Jackson Collins, head of the United World Government and unquestioned leader of the World Military Forces, who believes that humanity must rise or fall as one.

As the tide of war rises, the James Collins, the President’s son, a lifelong soldier and a weary veteran of his father’s military campaigns returns from the field disillusioned and doubtful as to whether humanity is even worth saving. Though he wants nothing more than to walk away, James soon finds himself drawn into the swirling vortex of battle and caught in the titanic struggle that will decide the fate of two worlds. 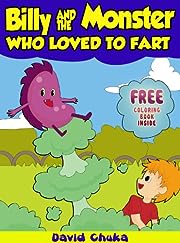 Billy loves Monster and Monster loves Billy. They play together. They have a bath together.They even go to school together. There’s just one thing that threatens to spoil their friendship.

Will Monster make Billy the uncoolest kid at school? Will Monster cause an irreparable hole in the Ozone layer? Will Monster and Billy both learn how to behave properly in a social environment? 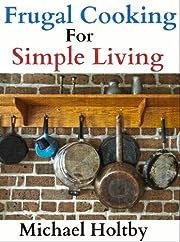 Okay, you’ve done it. You’ve made the decision. You’re going against the grain, and you’re going to live frugally.

This Frugal Cooking cookbook has over 90 recipes! It is divided into easy-to-find categories, helping you find exactly what you’re craving.

You’ll learn recipes for Breads, Salads, Pastas, Meats, Cookies and Desserts, and so much more!

Your family will love trying new delights from this cookbook and you’ll quickly find that eating frugally can equal eating well!

So grab this book today, and you can be cooking frugally and feeling great in no time! 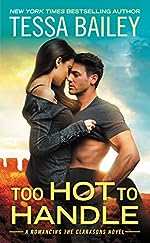 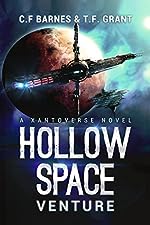 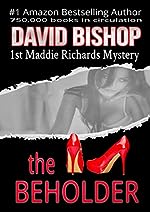 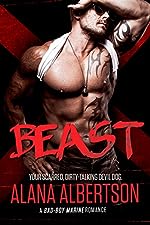 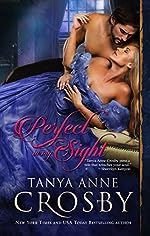 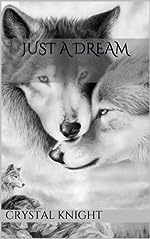 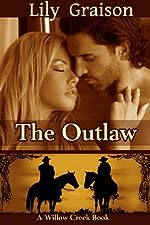 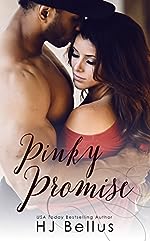 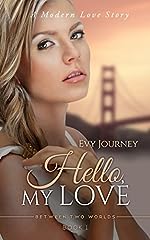