Of Windmills and War 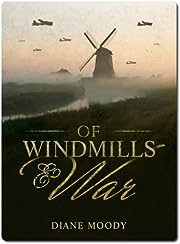 The rumblings of war in distant countries mattered little to Danny McClain. Growing up in Chicago, his world revolved around after-school jobs, a rescued beagle, his pen pal in Holland, and the Cubs’ chance to go to the World Series. Then, in December of 1941, during his first year at Northwestern University, news of the attack on Pearl Harbor hit much too close to home. After a series of unexpected events over the next couple of years, Danny found himself in the co-pilot seat of a B-17, stationed with the 390th Bomb Group in Framlingham, England.

Anya Versteeg had been just a teenager when Hitler’s troops invaded her homeland of Holland in May of 1940. Forced to grow up much too fast, the feisty preacher’s daughter eagerly immersed herself in the Dutch Resistance and its many efforts to thwart the enemy. Certain that God had turned His back on Holland, she closed her heart and did whatever she had to do to save her country before it was too late.

By 1945, the people of Occupied Holland were starving. Cut off from the outside world in retaliation for their failed attempt to oust the Germans invaders, the Dutch had no food, no electricity, no fuel, and little hope of surviving. Thousands were dying every day. Then, just days before the war ended, help came to The Netherlands like manna from heaven.

Operation Chowhound held special meaning for Lieutenant Danny McClain. Somewhere below in the battered land of tulips and windmills was the girl who needed rescuing–after rescuing so many others. And he would move heaven and earth to find her. 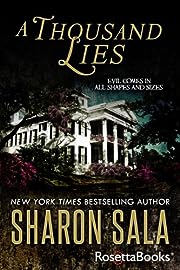 Evil comes in all shapes and sizes, but seems more deadly when hidden in physical beauty.

Anson Poe hides behind a handsome face as he wreaks havoc upon those around him. Nothing touches his heart but power and greed; not the woman he married, or the four children they share.

Brendan Poe shares his father’s stunning looks while trying to live down the shame. He does everything he can to stay out of Anson’s world of crime until one hot Louisiana summer when he can no longer look away..

When the women who matter most in Brendan’s world become pawns in Anson’s need for revenge, he strikes back with a blinding rage, leaving Anson with the options of fight or flight.

Will he run, or will he stay.

Will he live to lie another day? 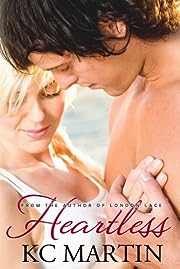 She’s mastered the art of forgetting the past. Now she’s ready to face the future. College is on the horizon, and she’s enjoying a quiet summer in LA.

The last thing she’s prepared for is a hot guy jumping into her convertible while she’s stopped at a traffic light.

Josh Hansen is Heather’s opposite. He’s fearless and sexy, racing through life on his motorcycle. And he always takes a leap when Fate gives him a wink. He can’t resist the wide-eyed, pretty blonde who seems afraid of the world.

Josh is determined to push Heather’s boundaries, body and soul. She’s afraid of her awakening feelings, and wants to take things one step at a time, but Josh isn’t used to driving in the slow lane, and soon they are speeding into passion and love.

When their darkest secrets come to light, Heather and Josh are forced to confront the painful past and either find forgiveness, or lose their love forever. 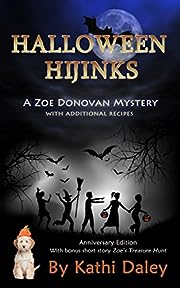 Halloween Hijinks: Amid a backdrop of zombies on the run and Halloween festivities, animal control officer Zoe Donovan is faced with losing something she loves in order to save someone she loves when she finds a dead body in the basement of a haunted house just two days before Halloween. With the help of her best friends, Levi and Ellie, and her dog Charlie, she delves into a mystery as complex and multilayered as the feelings she develops for her ex-nemesis Zak Zimmerman. Halloween Hijinks is the perfect recipe, combining holiday fun with a touch of humor, a pinch of romance, and a dollop of murder.

Zoe’s Treasure Hunt: Zoe and Charlie meet a mysterious stranger at the hospital while doing therapy dog rounds. The man is in town to look for a 70 year old treasure. When he is unable to continue the journey into the past himself, Zoe and Charlie take over the quest with the help of Pappy and a few of his friends. 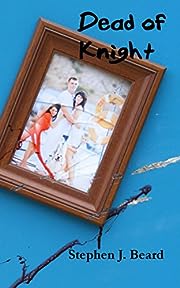 Can a normal family survive The Zombie Apocalypse?

When zombies rise up and begin to devour the living, Ryan Knight is watching it live on his big screen TV. But that changes quickly. Zombie fiction becomes zombie reality as he struggles to keep his family safe.

Ryan’s family is spread out and they’re not prepared in the least. He’s got to get them together in one place while convincing them that the zombie threat is real. With no training and no option, Ryan and his family have to learn to trust each other and work together while trying to gather supplies and barricade the house. But, will it be enough to keep everyone safe from the zombie threat?

The Zombie Apocalypse is just outside their door and Ryan barely survives his first face to face encounter with a zombie. After that, he has only one goal: make sure everyone he loves survives. Traveling to save his mother in law, Ryan gathers needed supplies and finds other survivors. Together, they are stronger.

Now, with additional survivors and a strong desire to live, Ryan and his group fight every moment to survive. The zombie threat is everywhere and they are relentless in their pursuit of human flesh. And, they’re not the only threat…

Ryan Knight is not a Navy SEAL nor an Army Ranger. He’s just like the rest of us. And, he’s trying to keep his family safe during The Zombie Apocalypse. 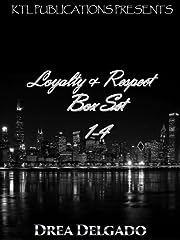 Contains Loyalty and Respect volumes 1-4. All four volumes have been combined.

Loyalty and Respect 1-4 follows the relationship of Tania and Nico. Nico is a young teenage girl being raised in an abusive home by her mother Sandra. Sandra is addicted to drugs and beats and neglects Tania on a daily basis. A chance encounter connects Tania and Nico and he becomes her savior.

They grow to love each other and build a relationship that only they can understand. With jealousy and envy all around them, coming from people they would never suspect their relationship falls into an on again, off again pattern. 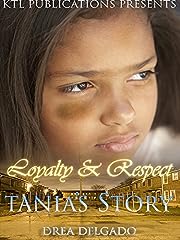 In this horrific tale of abuse and neglect, find out about one of Loyalty and Respect’s best known characters, Tania. Find out how her parents met and the circumstances of her birth and early life. This promises to be a tear jerking read. 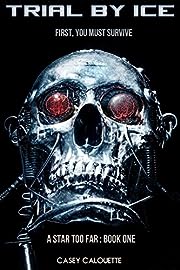 In the 22nd Century colonies spread out to the stars, hidden by a secretive industrialist. 80 years later the locations are revealed, one at a time, once a year.Midshipman William Grace, sole survivor of the genocide on the colony Farshore, is shipwrecked and stranded with a handful of surviving marines and soldiers. The good news, they’re alive. The bad news is that they face the frigid climate, betrayal, a harrowing ocean crossing, terror drones, and a mercenary force intent on holding the planet. But simply escaping isn’t enough; they must complete the mission and warn Earth of a coming invasion. The United Colonies are fracturing and this is the opening shots of a galactic civil war. 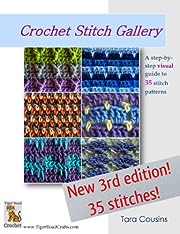 Do you already know the basics of crochet and are you looking for more?

This ebook contains a collection of some of my favorite stitch patterns, complete with step-by-step photos to guide you along the way. 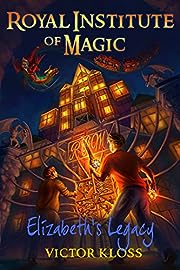 Two years ago, Ben Greenwood’s parents walked out the door and never returned. The police have all but given up finding them when Ben stumbles upon a peculiar letter addressed to his dad. “You are the most wanted man in the Unseen Kingdoms. Unless you come to us, we cannot help. For your child’s sake, tell us what you know.”

Armed with nothing but his wits and the help of his good friend Charlie, Ben sets out to find the Institute and, through them, his parents. To succeed, he will have to navigate a land filled with fantastic creatures and Spellshooters, where magic can be bought and sold, to unravel an ancient family secret that could hold the key to defeating an evil the Institute has been fighting for the last five hundred years. 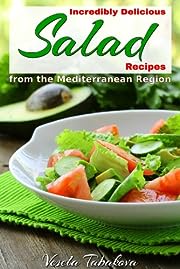 Healthy Salad Recipes You Can Make in Minutes!

Making one simple change to your diet like eating a salad every day can pay off with plenty of health benefits and will almost certainly prevent you from overeating. It is also the easiest way to add more fiber, antioxidants and good fats to your diet. The amazing Mediterranean salads recipes collected in this book are healthy, filling and suitable for all low calorie and low fat diets.
Salads can be found in every traditional cuisine in the Mediterranean region and can be prepared at home in 5-10 minutes, either with a bag of premixed salad greens or with just a few tomatoes, cucumbers, peppers or avocados. Add in some superfood herbs, beans, grains or a cup of lean chicken meat and you have everything for a healthy yet satisfying meal. 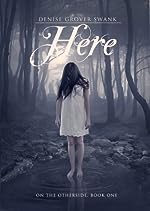 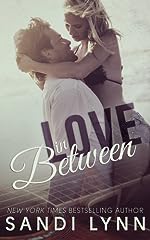 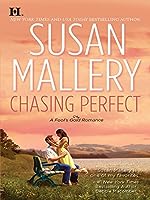 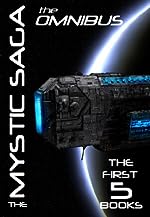 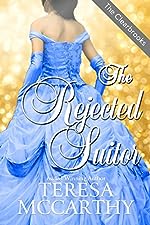 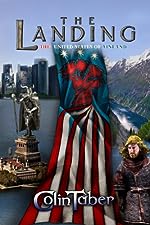 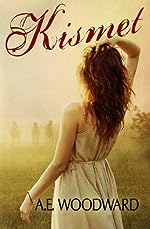 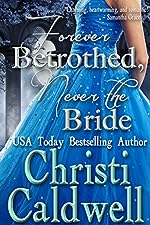 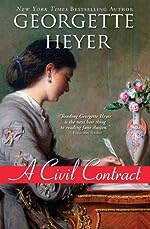 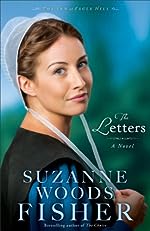 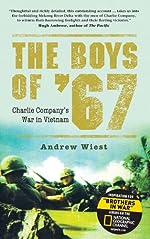 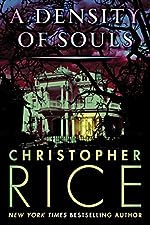