Addicted to You (Addicted Series) 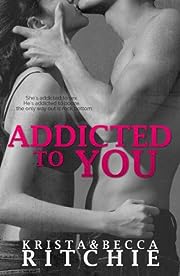 No one would suspect shy Lily Calloway’s biggest secret. While everyone is dancing at college bars, Lily stays in the bathroom. To get laid. Her compulsion leads her to one-night stands, steamy hookups and events she shamefully regrets. The only person who knows her secret happens to have one of his own.

Loren Hale’s best friend is his bottle of bourbon. Lily comes at a close second. For three years, they’ve pretended to be in a real relationship, hiding their addictions from their families. They’ve mastered the art of concealing flasks and random guys that filter in and out of their apartment.

But as they sink beneath the weight of their addictions, they cling harder to their destructive relationship and wonder if a life together, for real, is better than a lie. Strangers and family begin to infiltrate their guarded lives, and with new challenges, they realize they may not just be addicted to alcohol and sex.

Their real vice may be each other. 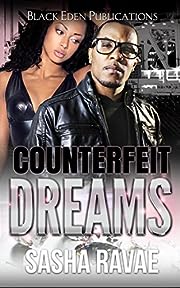 Reagan Taylor’s life as a basketball wife isn’t as perfect as she expected. After enduring an abusive relationship for over seven years, she meets the man of her dreams. Her eyes are finally opened to true love for the first time, but will it last? Jewel Sanchez, a self-made d-boy, hustles every day to provide himself with the life he has been accustomed to since birth. As lieutenant of the M.A.C. Boys, Jewel makes sure he keeps his money close and soon his enemies closer. Robyn Johnson, a rich, party girl, is known all over Sacramento, but maybe for the wrong reasons. She often attempts to medicate herself with material objects and different men, but the pain never goes away. She was always proud of her strength, but will that be enough for her to survive? Brandon Edwards’ short-fuse proves to be dangerous for everyone around him. Always use to getting what he wants, Brandon does whatever it takes to hold onto his power and respect even if that means losing a few people along the way. 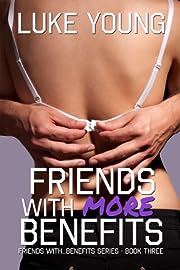 Friends With More Benefits is the third book in the Friends With Benefits series. And although the stories are connected, they can be read on their own. Book three features summaries of the first two series books and is a great introduction to the hilarious and complicated world of Jillian and Victoria.

Victoria, Jim, Brian, Jillian, Rob, Laura and Caroline are back with more eye-opening revelations, steamy triangles and sexy surprises in the third book in the Friends With Benefits series.

While Rob’s new job grows extraordinarily more mysterious Brian’s becomes infinitely more unfulfilling and both struggle to find the answers. Victoria finds it more and more difficult to hide her secrets and when they are finally exposed there is no shortage of collateral damage. When thoughts are revealed will the wedding be ruined, will Jillian’s career survive and will everyone forgive Victoria? 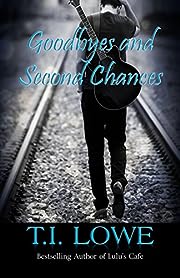 Jillian (Jewels) Whitman lives with her mistakes and tries to move past the biggest one of her life – Dillon Bleu – Rocker and once best friend.

After saying goodbye to the lakeside trailer park of his youth, Dillon sets out to make something of himself only to discover all he needs is his Jewel. After hitting it big in the music industry, Dillon heads back to ask for a second chance.

Only… Nothing is ever as easy as it seems…

A southern tale of rags to riches where a man’s worth is ultimately found in his heart.

The Trouble With Love: a tale of two sisters 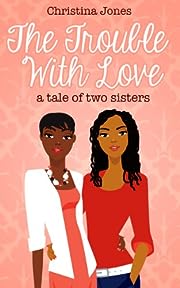 One sister is living the dream…

Cameron has found the perfect guy in handsome, successful Kyle. He’s supportive, kind, just all around wonderful. Unfortunately, the higher the pedestal, the harder the fall.

Unforgivable actions force Jai to move on from her admittedly stagnant relationship with Elliott…right into the arms of her best friend. Was love standing right in her face all along, or is she still looking in the wrong direction?

Hearts are broken and healed. Scars, both physical and emotional are formed. Happiness is found, then lost, then found again.

Over the course of a year, these sisters face shattering blows and remarkable triumphs as they embark on a journey, figuring out that pesky little thing called love. 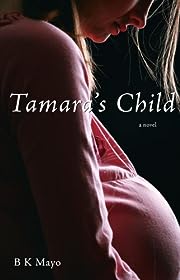 This award-winning novel is a captivating and profoundly relevant story about the struggles of a homeless pregnant teenager, set against a backdrop of murder and deceit. The novel won the 2011 Eric Hoffer Award in the Young Adult book category. It was also named a Finalist in the Popular Fiction category of the 2010 National Indie Excellence Book Awards. Midwest Book Review says, “‘Tamara’s Child’ is a thought provoking and heartstring jerking tale that should not be passed up.”

Tamara Ames is sixteen years old, pregnant, and on her own when she arrives in the small lumber town of Fir Valley, Oregon, determined to make a new and better life for herself and her child. And when she falls victim to a diabolical scheme to steal her newborn baby from her, she is not about to give her child up without a fight, even if she has to take on the wealthiest and most powerful family in the county. But is Tamara fighting against her child’s own best interests? Only she can decide. And it’s a decision that she–and her child–will have to live with for the rest of their lives. 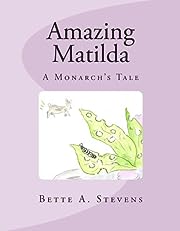 Unlike her meadowland friends, Matilda doesn’t want to leap onto ledges or bound across fields, she only wants to fly. At first, Matilda’s friends laugh at her because she doesn’t have wings. They wonder: How can a creature without wings ever hope to fly? While Matilda progresses through the various stages of her metamorphosis from egg to butterfly, her friends recall how they felt before they were able to do all of the things they had dreamed of doing and how hard they had to keep trying to do all of those things. Encouraged by her meadowland friends, MATILDA learns that if she tries hard enough and long enough, she can do anything that she really wants to do. 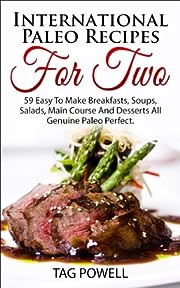 59 Simple Paleo Gluten-Free Recipes For Two. Now enjoy your meals while creating and maintaining your natural mind and body. No more boring tasteless diet punishments as these are delicious and easy to prepare and a joy to share. All recipes for designed for two or one who can freeze a meal for later. A great choice of breakfasts, soups, salads, main course and desserts are all genuine Paleo Perfect. Your family and friends will never get bored They don’t have to know it Paleo and Gluten-Free. May I suggest you read a few of the reviews. They tell it like it is…
You might notice that about 20% or the reviews mentioned they just made or were going to make the Grilled Tuna Steaks. What could be so exiting about grilling a tuna steak, you ask. Well when you get the full recipe title you will get the picture. “Grilled Tuna Steaks with Grape, Caper Salsa”. I am making it again with salmon this weekend. What ever don’t miss the Spicy Steak Salad one of the recipes added by Chef Cutting.

As a one of the FREE bonuses you will see the video Chef Cutting preparing his exciting Spicy Steak Salad dish, you can follow him step-by-step, if you miss something just rewind the video.
You will also receive 3 Day Paleo Meal Plans to get you started, we even include the 3 Day Meal Plan Shopping List and the best of all you will receive a one year FREE subscription to the International Paleo Recipes Newsletter. You will receive new Paleo Recipes, Paleo cookbook reviews and an occasional video by Chef Cutting.
Here is a recipe you can try… 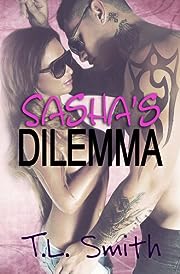 LOVE— it’s a common word that people take for granted. As for me, Sasha Adams, I have seen that love isn’t everything, though sometimes it’s meant to be. But to be honest, I never wanted it. That has been my plan for as long as I can remember. The only person I ever wanted to love is my sister Lola. But then I met not one no, not even two— but three beautiful men.

Dylan, the doctor, had his head screwed on tight. Josh, well, he was a tattooed sex machine playboy. Then there was Brax, the rock star. It was clear they all wanted my heart, but I wouldn’t give it to any of them willingly.

Unwillingly, I fell hard, but there was a part of me that knew he could destroy me. So I refused to give him all of me, and now he’s returned and determined to win me back. But it’s too late, isn’t it? 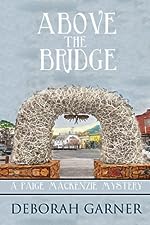 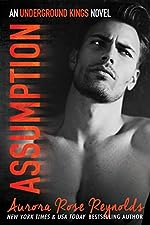 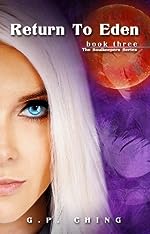 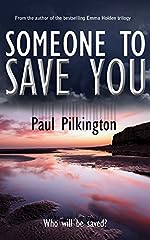 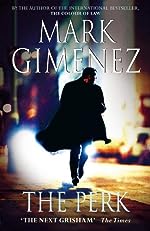 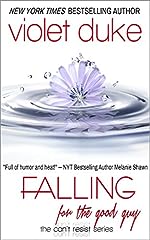 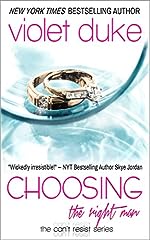 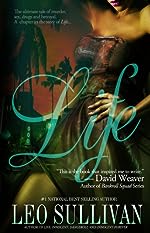 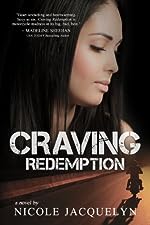 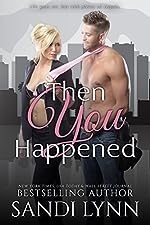 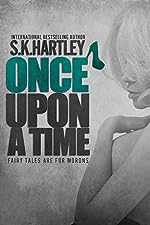 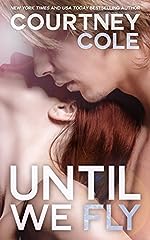 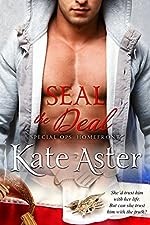 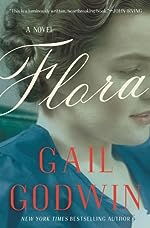 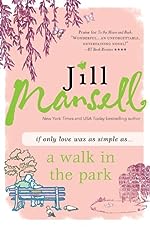 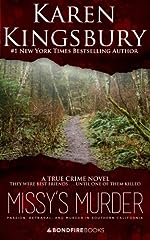