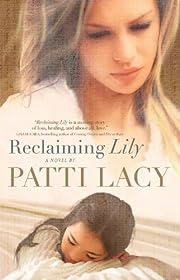 A storm the size of Texas brews when Gloria Powell and Kai Chang meet in a Dallas hotel. They have come to discuss the future of Lily, the daughter Gloria adopted from China and the sister Kai hopes to reclaim. Kai is a doctor who had to give up her little sister during the Cultural Revolution and has since discovered that an inherited genetic defect may be waiting to fatally strike Lily.

Gloria’s relationship with her daughter is tattered and strained, and the arrival of Kai, despite the woman’s apparent good intentions, makes Gloria fearful. Gloria longs to restore her relationship with Lily, but in the wake of this potentially devastating diagnosis, is Kai an answer to prayer…or will her arrival force Gloria to sacrifice more than she ever imagined? 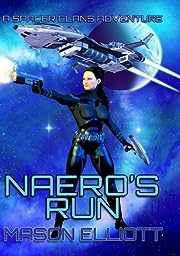 2595: Ten years after The Fourth Spacer War with the rival Gigacorps. Naero Amashin Maeris works in her Clan’s merchant fleet, dreaming of her own ship and developing psyonic powers without going nuts. After tragedy strikes her Clan in the Unknown Regions, agents from the Corps stalk her, believing she holds the key to secrets priceless and deadly: lost tek data from an ancient, godlike alien race.

Soon she’s caught up in a white hot intrigue of raiders, assassins, and warring interstellar spies and fleets. Even worse, the greatest threat might yet lurk deep within herself. And Naero’s Run has only just begun to heat up.

Demon at My Door 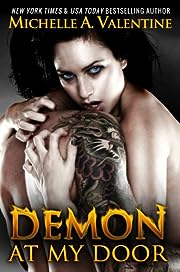 Gothic outcast Natalie Sugarman bartered her soul for her dying mother’s life sixteen years ago to a boy demon that could stop time. Now, days before her twenty-first birthday, the lifelines on her palms are slowly vanishing, and she knows it’s just a matter of time before Satan’s little helper collects.

Natalie’s tried numerous times to kill the demon and regain control of her soul’s destiny, but she always falls short. When she decides to try and gain the element of surprise for her next attempt, Natalie seeks answers about his location from a freaky, glowing-eyed fortuneteller. Creeped out by the psychic’s methods, she bolts from the reading and misses the warning that the demon who stole her soul is always closer than she thinks.

After some strange incidents with her new boyfriend, including a hot, levitating sex session, she realizes he’s the grown-up version of her little nightmare and he’s returned to collect on their deal. Natalie must figure out how to win her soul back from the demon before her lifeline completely disappears and she becomes his forever—even if that means making a deal to damn three other souls to take her place. 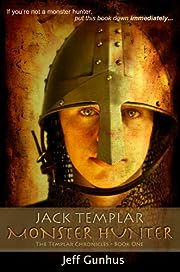 Jack wakes up in the morning before his 14th birthday to a number of strange things. He’s faster, stronger, and Aunt Sophie is crying a lot. On his way to school he runs into a creepy guy with vampire teeth and an ominous message, and before the day is out Mrs. Fitcher, the principal, morphs into a hideous creature with giant bat wings. After a few detours on the way home, Jack arrives to a backyard full of zombies, a houseful of harpies, and oh, but the way, Aunt Sophie has been keeping a few secrets of her own.
.
Luckily, accomplished monster hunter Eva shows up to clue Jack in on his true identity and teach him how to fight–something he needs to learn quickly since Ren Lucre, the most evil monster in the world, can’t wait to kill him. Little does Jack realize that his ancestors were the once-mighty Templar Knights and that he may be the very last of a heroic bloodline. He will discover whether he possesses the bravery to stand up against the monsters…and whether that alone will be enough to survive!

A Special Investigations Branch Detective in the British Army, he is the soldier who polices other soldiers.

He thinks he has seen every crime known to both war and peace.

But nothing has prepared him for the case of Solomon.

An Afghanistan veteran he has murdered his wife and six year old son and then committed suicide.

Soon there are similar horrific murders around the country.

Crane knows there must be a connection.

Crane starts to investigate the local Church Solomon was attending.

But with the body count rising, events start to take a darker turn … could the Church be the connection?

Is the Church offering salvation?

Or is it forcing people to take the first,untimely Steps to Heaven? 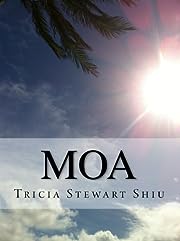 For almost 200 years, Moa, an ancient Hawaiian spirit, has tried to solve the mystery surrounding her parent’s senseless murder and she’s running out of time. She and her entire lineage will perish if they do not find human aid.

An energetic eighteen-year-old, Hillary Hause, has no idea that she holds the key to this centuries-old secret. With the help of her older sister, Molly and Heidi her seven-year-old niece, Hillary embarks on a journey determined to save herself, her family, Moa and the Hawaiian Islands. Will they all learn to accept themselves and their newly discovered spiritual gifts or cease to exist, never knowing Moa’s truth? 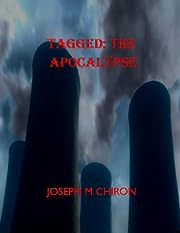 No one may buy or sell without the new chip implanted beneath the skin.
They own the night. These zombies are a new breed and fast; hair like women; teeth like lions and sharp claws. They hunt in overwhelmingly large packs like a plague of locusts. The government and military are overrun, retreating underground and leaving the populace to fend for themselves.
Lucky for Sven and his Cannabis growing crew they find shelter in a nuclear power plant. The lights keep them at bay – at least for a while. But how long will it last?
In the lawless environment they survive by their own code until the Government and military return to establish a new world order.
Fast, deadly zombies and end times biblical prophecy meet in this compelling new look at the apocalypse.

No Turning Back (Full Circle) 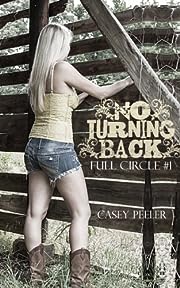 After getting involved with Dylan, the bad boy of the Dixon High Swim team, Charley decides to stay close to home for college. It’s just safer that way. Later, she realizes it’s a mistake, just like dating Dylan. She decides to put the past behind her and leave the small hick town of Grassy Pond. There is only one problem; she makes this decision three weeks before the fall semester begins.

Charley packs up her Honda and heads to Southern College. On the morning she’s about to leave, Cash walks back into her life. He has been her best friend since they were four and is the only one who knows the REAL Charley. She leaves her farm in Grassy Pond with all kinds of “what if” questions.

Charley decides to live her college career to the fullest. She finds a great group of friends, joins the swim team, and meets a guy named Joe. He’s got eyes that make ya wanna melt!

At college, she encounters a new problem. Charley has been away from home for only forty-eight hours before she breaks the two promises she made to herself. Will she be able to overcome her past? Find new love? What will happen with Cash now that he is back in her life? Will she find what she is wanting in Jackalope Joe? How will her first semester of college end? Joe, Cash, or alone? 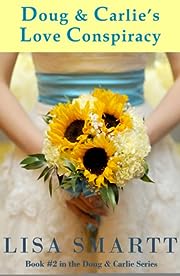 Clara Louise Johnson is 32, single, and lonely. The problem? She just got a cat. And when a shy lonely woman gets a cat, everybody knows the universe begins to work against her. Within a year, she could own twenty cats and start operating a failed recycling business out of her backyard. So newlyweds, Doug and Carlie, happily intervene. What happens when a rural-dwelling famous writer becomes a full-time matchmaker for beautiful Clara? A humorous and healing journey toward love begins.

The Other Sister (Sister Series, #1) 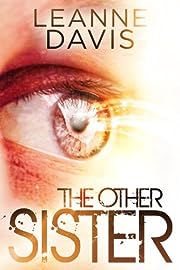 General Travis Bains has two daughters, one who is good, and one who is bad. Everyone knows Lindsey is the good one, and Jessie is the bad one.

Jessie Bains is the other sister, the bad sister, which she has proven more often than not, until the day she gets kidnapped and brutally raped. Will Hendricks, one of her father’s soldiers, rescues her and brings her home, but fears she may be nearly destroyed by what is done to her. The most important thing, however, is that no one can know, per the general’s orders.

Jessie’s life was always far from normal as the daughter of one of the most revered generals in the world. No one sees what the general does to Jessie, except Will. When Will discovers the danger Jessie is living in at her father’s hand, he once again rescues her. Will has survived the horrors of war, but is now engaged in a battle that has become far more personal and far more deadly. Will alone realizes what the general has done and will do to destroy his “other” daughter. 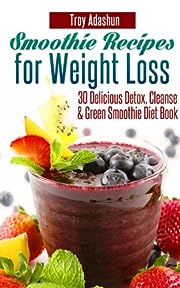 Hi, my name is Troy Adashun.

I’m a fitness model, health freak, and long time Smoothie Enthusiast. I am passionate to share some of my favorite smoothie recipes of all time in this book.

Smoothies are one of the easiest and most convenient ways to get an abundance of vitamins, minerals and nutrients that will help you become the healthiest and most energetic you possible! The great thing about these smoothie recipes is that many contain both fruits and vegetables. This should not scare you, as the recipes are all tried and tested and blend deliciously – even for the person who doesn’t enjoy vegetables by themselves.

Enjoying one of these smoothies daily is a giant leap forward to fat loss and optimal health. In today’s day and age, many of us are consuming to many calories but are actually nutrient deficient. Enjoying one of the delicious smoothies every day in this recipe book will not only help you lose weight, but increase your overall health and energy levels. Once you feel the amazing health benefits of smoothies, you will not want to go one day without one.

Happy Blending and Good Luck to you all! 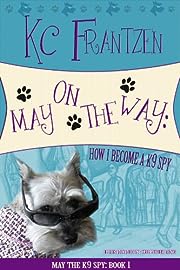 Sometimes I start with a well-thought out plan, and sometimes, me being me, things just happen. In my imagination I’m on my way, heading anywhere. Because anywhere’s better than here.

Which is why I’m staring at this latch. I’m going to escape today. I’ve been watching closely to see how they work it, though no one’s noticed.

In this first-of-the-series adventure, May, an imaginative young Schnauzer, tells her own story in first dog. She escapes a bad situation through adoption into the home of a grouchy Labrador. When her new family moves to the country, May ventures out where she’s not supposed to be, and discovers an odd “bird” near a rickety old shed with a secret.

She’s on her way to becoming a K9 Spy! 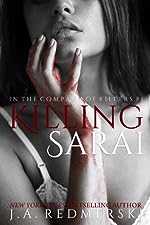 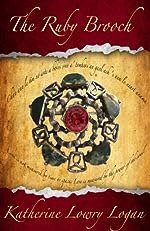 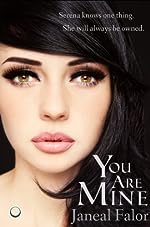 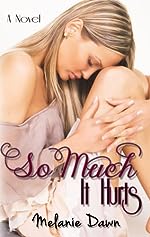 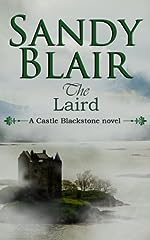 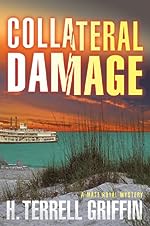 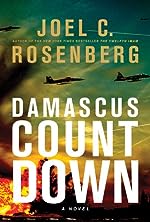 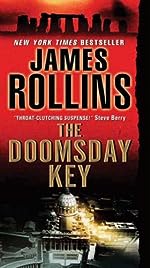 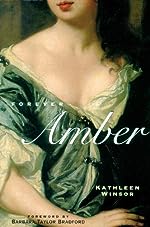 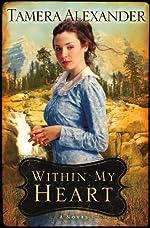