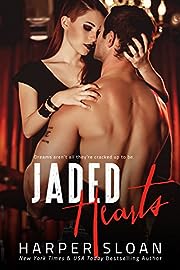 Signing with Brighthouse Records was supposed to be everything we ever wanted—our better life. Our chance at everything we never had but always wanted. All our dreams would finally come true and we were on top of the world.
It was our chance at the happiness we never had in life.
Our every desire was at our fingertips and the power of that feeling was all consuming. But then it took every dream we thought would come true and it slapped us in the face with the cold hard reality.
Dreams were just that…something that floated on the cusp of untouchable, taunting you with every graze of your fingertips before slipping even further away.
Happiness…that feeling is a joke.
In the end it became painfully obvious that each of us would always have each other, but we would forever be alone. 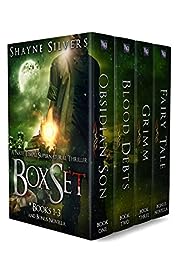 OBSIDIAN SON (Book 1)
A city that doesn’t believe in magic. A weredragon invasion. Good thing this reckless playboy is a wizard…

It’s been said that monsters cry when a good man goes to war. But they should run screaming like little school girls when that man is secretly a wizard, and maybe not necessarily good…
Nate Temple’s all-consuming quest to avenge his parents is temporarily put on hold when shape-shifting dragons invade St. Louis. And perhaps cow-tipping the Minotaur for answers might not have been Nate’s smartest opening move, because now every flavor of supernatural thug from our childhood nightmares is gunning for him. Nate learns that the only way to save his city from these creatures is to murder his best friend…

A Wizard, an Angel, and a Horseman of the Apocalypse walk into a bar…

The ancient pact between mankind, Heaven, and Hell has been broken. And this upstart wizard’s quest for vengeance may have just kicked off Armageddon. So, time for a drink… or maybe two.

Already plagued with sinister night terrors that could qualify him as a card-carrying psychopathic insomniac, Nate can barely even manage to put his pants on in the morning, let alone pick teams for the Apocalypse.

But when he’s framed as a demon sympathizer, condemned by the Armies of Heaven, and hunted down by both his allies and the Four Horsemen, this wizard doesn’t think it can get any worse…

Then they take away his magic. And a wizard without magic stands no chance against the forces of Heaven and Hell…

Grimm’s Fairy Tales is not the collection of innocent bedtime stories Nate assumed, but is instead the keys to a veritable prison housing the most dangerous, bloodthirsty hit men of the supernatural community. And now the gates are open. This young wizard must find a way to lock them back up and hide the book forever before the supernatural community at large gets annihilated…

The Brothers Grimm – legendary supernatural assassins – have escaped their prison, and their first day in St. Louis could be Nate Temple’s last…

Sharing a beer with Death – one of the Four Horsemen of the Apocalypse – really put a few things into perspective for this foul-mouthed, billionaire wizard. Like finally strapping on the boots to propose to his girlfriend.

But assassination contracts have a way of putting wedding plans on hold. Perhaps permanently. And with the entire wedding party on the bloodthirsty Grimm’s hit-list, and his family fortune in jeopardy, Nate realizes they can’t run and they can’t hide. So, time to do magic and stuff…

When magic, claws, and teeth dance to the song of war, the only thing left to learn is who lives and who dies. And if Nate can live with the consequences.

No wonder a guy is terrified to propose… 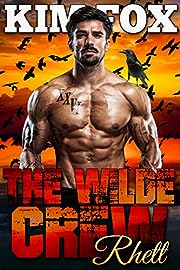 New crew! New characters! Same town! Skin Shifter, Rhett Jones, is the new shifter cop in Colwood, Montana. His first day on the job has him going toe to paw with a truly dominant grizzly bear shifter and the beautiful girl who is desperately trying to keep the fierce animal under control. He thought the bear was tough but she was nothing compared to the feisty girl hiding inside.

Bear shifter, Joan Heller, is just trying to find a new home but her out of control grizzly bear is ruining everything once again. She’s one phase away from being kicked out of town until she meets up with the sexy cop with the entourage of ravens who offers his help and his home to her.

Things get wild when the Wilde Crew get thrown into the mix and threaten to make the unstable situation explode. Will the new boys in town be the new family that Rhett and Joan need? Or will they be the detonator that blows everything to pieces?

Lorenzo – Seduced by the Mob Book One: A Bad Boy Mafia Romance 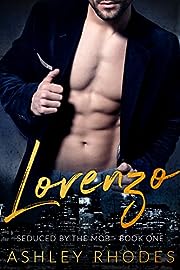 “Your lips may be saying no but your body is singing a different tune. We can’t deny what we feel…what we need. This ain’t just about sex and you’re kiddin’ yourself if you think otherwise.”

Normally, women come easy for me. I ain’t even gotta try. One night of sex is normally enough, then I’m on the hunt for the next trophy.

Cheryl….she’s different though. And it’s not just ‘cos she’s playin’ hard to get. She’s smart, she’s gorgeous, and she can hold her own even with my messed up family and friends. Hell, I haven’t even told her what line of work I’m in, just in case it scares her away.

Yup, I’m in deep with this girl.

But things are about to get messy – and if I’m not careful, I’ll lose everything. The scary thing is, I ain’t even sure if I care, as long as I don’t lose her…

The first time I saw him, it was like he was one of my fantasies brought to life. Tall, fit, dressed impeccably…and big where it counts. Lorenzo knows what he wants, and he knows how to get it.

Right now, he wants me.

I want him too…but he’s danger personified. I don’t need him to tell me that he’s a mobster – everything about him just screams it at me. I should run in the opposite direction as fast as I can….but I don’t. I’m drawn to him, and I can’t deny it to myself.

Before long though, I get drawn into his crazy life way deeper than I ever wanted to be….and it might just be more than I can handle…

Chase The Wild Pigeons: A novel of the Civil War 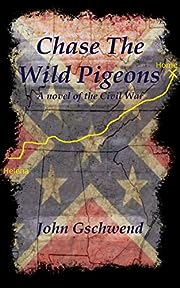 One of the most moving historical novels of our time!

The Civil War South in 1863 is desperate and dangerous. For Joe, a 12-year-old boy suddenly alone and 600 mile from home, it’s a nightmare come true.

This adventure story is a tale of a special friendship that only comes along once in a lifetime. Joe, who is white, and Peter, sixteen and a free Black, become unlikely friends and learn to depend on each other as they try to escape the desperate Confederate South.

Follow these two as they trek through a war-torn countryside and witness war at its worst, up close and personal. They travel through a landscape that has been decimated by brutal battles, and they encounter people that have suffered the extreme hardships and depredation of three years of war. All the while they learn to depend on each other and grow a binding love as special as any two brothers.

They will need each other more than they know–unknown to them, they are being pursued by a deranged killer.

The Whispers of the Fallen 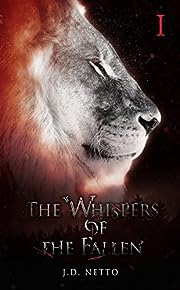 Ever since the dawn of days, rumors about the Diary of Lucifer echoed throughout Elysium. Hidden from all human knowledge, the Diary was kept a secret, locked away in the small village of Agalmath.

Isaac and Demetre find themselves in a dangerous journey as they uncover the truth about the Diary and those who guarded it for all these years. However, for Isaac and Demetre, danger lies at every step, hidden in the most unexpected places.

Hunted by the Nephilins and the Fallen Stars, they must find others who will join them in the battle against the coming darkness. 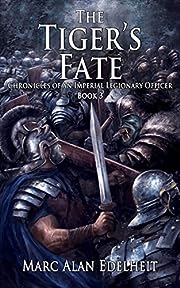 The third installment of the award-winning Chronicles of an Imperial Legionary Officer series is here!

A nobleman from an infamous family, imperial legionary officer, and a born fighter…Captain Ben Stiger has successfully thwarted the attack from an army of the Cyphan Confederacy. Now Stiger, his men, and his new dwarven allies have fallen back behind the great walls of Castle Vrell. Stiger finds himself named Legate of the Vanished, the long lost 13th Legion. This title and his own word binds him to the terms of the Compact, an ancient and mystical alliance formed nearly two thousand years before. The snows have come and the mountain summit into Vrell is impassable. On one side of the pass sits an army of the Cyphan Confederacy some twenty thousand strong. On the other sits Stiger, his company, the remnants of the 13th Legion and a dwarven army. Each side is waiting for the spring thaw.

Bottled up in the Vrell valley, Stiger and his elven companion, Eli, learn of Garand Thoss, an ancient and abandoned dwarven city. Within its hallowed halls resides a prize of unimaginable value; a prize that will reveal the true history of the empire, and force Stiger to face a new enemy more deadly than he has ever faced before… 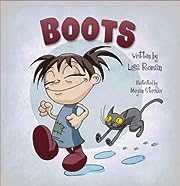 A heart warming story to remind us and our children to appreciate and be thankful for the things that we have. 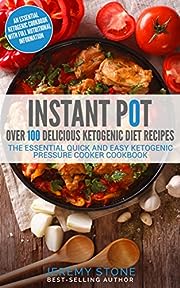 What if you could make tasty Ketogenic meals that don’t require you to dirty up a bunch of pots and pans? What if you had quick and easy Ketogenic recipes with all of the nutritional information right in front of you?

Trying to be healthy is hard and sometimes confusing. For years we were told that fats were bad for us and we had to cut them out of our diets. Yet we became more obese than any other time in history! But over time science and our understanding of nutrition has improved. We now know that many fats are actually healthy for us.

By substituting simple carbs with healthy fats, the Ketogenic Diet forces your body becomes a fat burning machine! As a result, you will automatically lose weight, increase your mental focus and decrease your appetite.

In this book, you will learn …

Here are just some of the exciting recipes you will find inside: 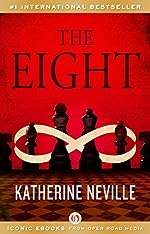 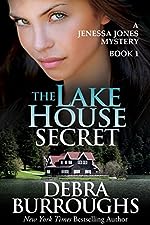 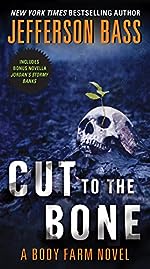 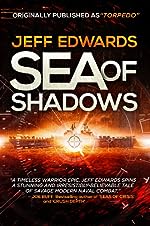 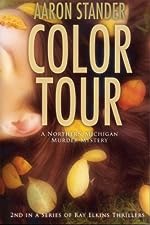 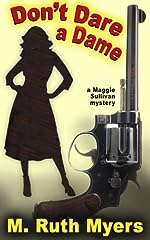 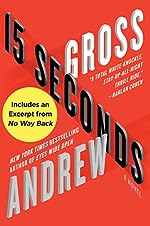 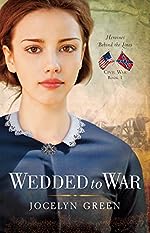 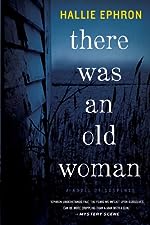 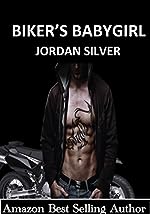 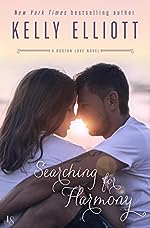 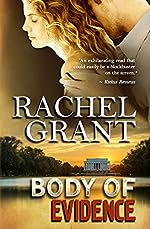 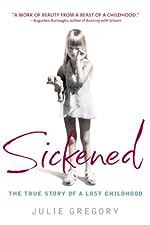 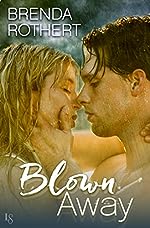 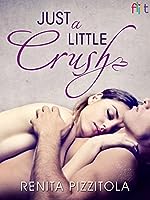 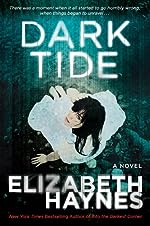 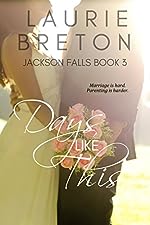 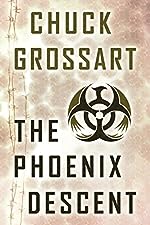 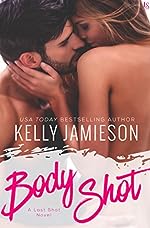 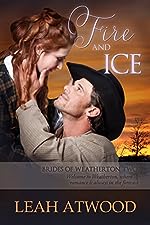