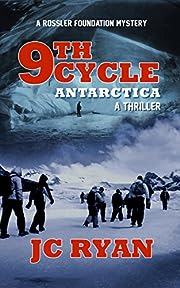 Was there a human civilization in Antarctica in the past?
Will we ever know?

In November 2002 a special U.S. Navy SEAL team is sent to Antarctica to locate and rescue a film crew that has become lost. No trace of them is found, except for film footage of strange artifacts buried under the ice. Everyone who saw the film is warned to never talk about what they have seen – EVER AGAIN.

More than a decade later, in Boulder, Colorado, Professor Charles Summers is intrigued by the discovery of a 16th century map showing the coastline of Antarctica so accurately that when NASA investigates the maps they find that they must update their own current maps! But this map predates any record of the discovery of Antarctica by 300 years!

Who Drew Those Maps and When?
Did They See Antarctica Without Its Icecap?
Did Humans Live On Antarctica Before?
But…Antarctica Has Been Under Its Icecap For 200 Million Years!

Is it possible that beneath the ice we will find the remains of an impossibly ancient civilization? The Rossler Foundation arranges an expedition to Antarctica to search for evidence of such a civilization. The Orion Society immediately mobilizes their resources to infiltrate the expedition. Will their treachery and hunger for power stop this expedition from reaching its goals?

Is There An Ancient City Under The Ice Of Antarctica? 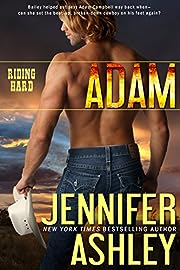 Stuntman Adam Campbell returns home to Riverbend, Texas, after being seriously injured in a movie stunt gone wrong. He settles in to heal at his family’s ranch, where his four brothers, famous trick riders, train horses.

Adam is stunned to find Bailey Farrell working there–she was the shy girl who’d helped Adam graduate high school so he could run off to Hollywood. Except the budding Bailey, with whom Adam had a brief but intense affair, has blossomed into a beautiful woman. Now the sparks that had once ignited between them threaten to explode.

Adam is beaten-up, broken-down, and has lost his nerve—the stunt that injured him also killed his best friend. The only one he can turn to is Bailey, but will Bailey, who has come back to Riverbend to lick her wounds after a painful divorce, be willing to help him again?

The Wolves Of Freydis: A Suspense Thriller (A Carter Devereux Mystery Thriller Book 2) 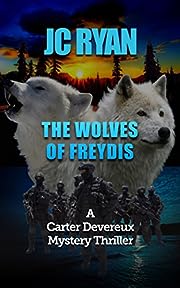 Carter Devereux’s idyllic world had been shattered and catapulted into chaos, and with it, the fate of humanity itself.

With a traitor in their midst who seems to stay one step ahead of them, it is a race against time for Carter Devereux and a team of Special Forces operators who must fight evils never before encountered.

Can they uncover the traitor, free the captives from an unknown location, and stop the evil from sweeping in and changing the world as we know it?

Her Heart & His Crown: A Royal Love Affair 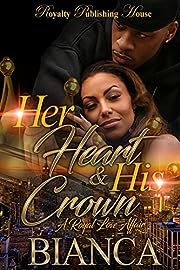 Pilar Harrison, a free spirit, product of a deadbeat dad, and crackhead mother, moved away from, Mount Olive, MS to Florida, after her college graduation, and the death of her grandmother. Pilar thought that life in Florida would be great, since it is nicknamed, The Sunshine State, but little did she know, dark clouds would surround her, after getting involved with Brandon ‘Blizzy’ Lewis, who had his own set of problems; women and gambling.

Barak ‘Duke’ Ramses, a native of Egypt, and next in line to be crowned King. At the age of 16, his father, dropped him and his younger brothers off in the United States, as an effort to make them men, and find their own way. Duke made a way for himself, and his brothers, after opening up a chain of pool halls. After Blizzy, one of his faithful customers, and best friends, started stealing money from the company and the customers, putting the Florida location in jeopardy of being shut down. Duke sends one of his brothers to take care of Blizzy, not knowing that Pilar was only inches away and witnesses the murder.

After being caught and begging for her life, Duke spares her, but not before putting a strict detail on Pilar, making sure she doesn’t go to the police. Pilar gets fed up with being followed, and ends up moving into Duke’s house, against the wishes of one of his brothers, who also thought that he was not fit to be King.

After getting to know Pilar personally, Duke starts to develop feelings for her, but he can’t act on them, due to the secrets that he has. Will Duke risk it all and act on his feelings for Pilar or will he walk away and leave behind an affair that could lead to something special?

Killing Me Softly With a Love So True 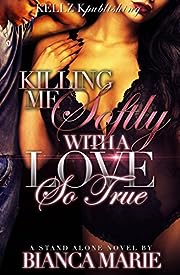 Being held against your will & having to do things you may not agree with are a struggle for some but is the lifestyle for Genesis. Genesis Bass has lived in hell since the age of fourteen and hasn’t gotten any better. Being locked away in an extravagant mansion one would think she was living the life of a Queen only to find out that she is living the life of a prisoner. Under the watchful eye of Master Knight Genesis can only pray that she would one day be set free.
With no one to love her and no one looking out for her she learns how to deal with her situation instead of allowing her situation to become her. Even though she is strong she is not strong enough to escape from the hands of Master Knight until her she is shown the truth about keeping faith.
Khalid ‘Truth’ Richards is considered the real deal. A man who believes honesty is key and is as cool as fan should never be taken lightly especially when in a blink of an eye he can become deadly. Successful business owner by day and hired hitman by night he hustles to make sure his money is always looking right. Love doesn’t live in the world of Truth because once a man’s heart is broken it is broken beyond repair. But what happens when a deadly hit man with a broken heart finds someone who is as equally broken? 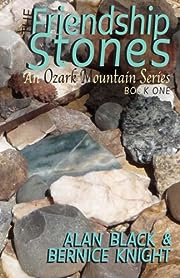 LillieBeth Hazkit is thrust into an adult world of evil and of evil men, she has to grow up much too fast, learning of love, of tribulation and of facing her demons with fire, fury, anger, and blossoming maturity.
Growing up in the Ozarks in 1920, she loves everyone and in her twelve years of wisdom believes all people are endowed with love and kindness. Her daddy gets home only on weekends, so she and her mama take care of their small, rented farm. She has become very adept with her precious .22 rifle helping Mama put meat on the table.
She feels compelled to obey the command to love our neighbors, a scripture she learned at her little country church and school house. It comes as an immense shock when she learns the friendless, crazy old man down the road does not want to be her friend and it becomes her mission to convince him that she loves him and wants to be a good neighbor. 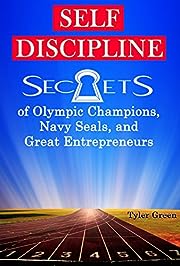 Are you looking for more self-discipline?Do you want to have the sort of discipline that successful people in life possess?
If you do, then you’re looking at the right book!It’s no secret that having discipline is the key to success, in many different walks of life. Self-Discipline Secrets of Olympic Champions, Navy Seals and Great Entrepreneurs looks at what some of the most successful people are doing and will show you how to emulate that.Inside these pages, you will find the chapters crammed full of information on how Olympic Champions, Navy Seals, and Great Entrepreneurs:

The strategies promoted in this book are borrowed from the most disciplined and successful people on this planet. They have been carefully selected from thousands of ideas as the best there are to offer.These are the strategies I have personally used and know to work. I have written the book in a simple and uncomplicated style, so that anyone can read and digest it and then make the changes needed to become the disciplined person they’ve been waiting to be.

A short illustrated story to teach kids a simple yet effective meditation and relaxation technique. Lucas will share with them his secret to remain calm when things do not go as planned. 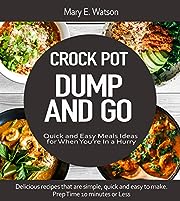 Crock Pot Dump and Go Recipes will provide you with delicious cooking solutions every single day.

Extremely Short Prep Times- Mae sure that you note the prep time mentioned at the head of every single recipe.

Novice Book- Every single step that you need to take to prepare each of the meal in this book is very easily explained.

Family Recipes- The recipes have not come from famous chefs but from home cooks.

Only use the ingredients that you already have- You can choose a recipe that suits your taste buds or of those whom you want to please.

Grandma TIPS- You will also find many useful TIPS throughout this cookbook. 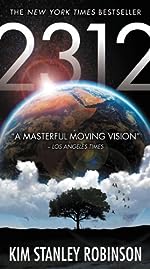 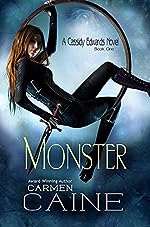 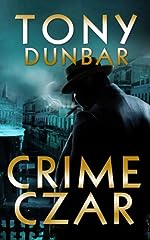 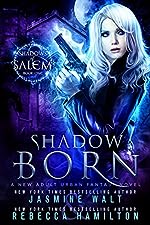 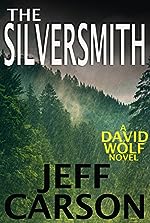 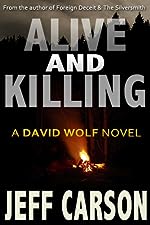 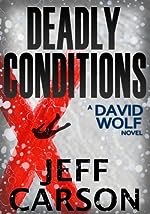 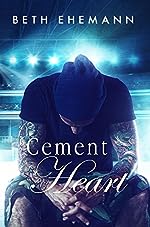 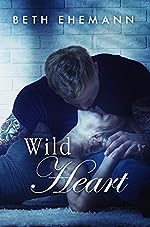 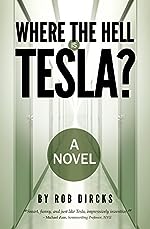 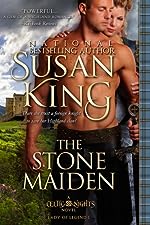 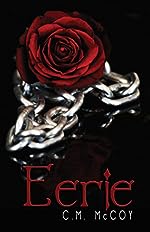 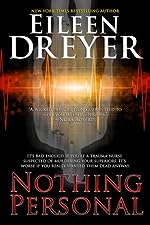 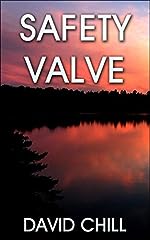 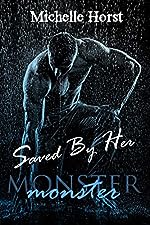