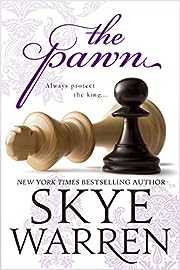 Gabriel Miller swept into my life like a storm. He tore down my father with cold retribution, leaving him penniless in a hospital bed. I quit my private all-girl’s college to take care of the only family I have left.

There’s one way to save our house, one thing I have left of value.

Gabriel appears at every turn. He seems to take pleasure in watching me fall. Other times he’s the only kindness in a brutal underworld.

Except he’s playing a deeper game than I know. Every move brings us together, every secret rips us apart. And when the final piece is played, only one of us can be left standing. 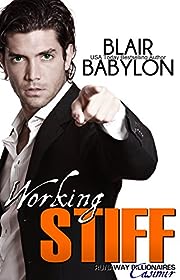 Here’s the problem: when Rox was hired, she told her smoking-hot boss Cash that she was married, but she’s not. Now, three years later, she’s kind of accidentally living with him, and he’s being a perfect gentleman, dang it.

Everybody in the office said that Cash was a heartbreaker, that he’d bump her and dump her, so Rox decided not to become a statistic. She went out and bought herself some rings of the finest cubic zirconia so that she could work with Cash, who was several inches over six feet tall, emerald-eyed, ripped, gorgeous, his tailored suit clinging to his athletic body, sporting a British accent, and loaded.

It had seemed like such a good idea at the time.

But now, three years later, she and Cash have become friends. They travel together for work often, and they’re the best of buddies. When Rox gets thrown out of her apartment, Cash insists that she come live with him until they can find her a place because that’s what friends do.

Now, even though everyone insists that Cash never goes after married women, something about him has changed. There are little touches, little slips, and Rox is more and more tempted to tell hunky, gorgeous Cash that she never was married.

And yet, every time he looks at her with mischief in his dark green eyes, every time they’re teasing and it somehow turns into tickling, every time she swats at him and somehow ends up in his arms, she wants so much to risk everything. 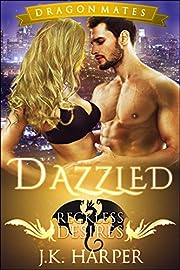 “The pages [were] so hot, they almost melted my reader.”

Cynical yet sexy dragon shifter Sebastian Bernal rules a modern empire of riches. Cruelly betrayed once by a woman, he no longer believes in love. His only true passion is to find his ancestors’ stolen treasures-golden objects filled with the essence of his own power. Without them, he will die. And time is running out.

Smart, practical Lacey Whitman is consumed by her demanding yet beloved job. She has no time for men. Except the one man whose smoky eyes and electrifying presence caress her dreams at night, tempt her senses by day. But Sebastian Bernal and his dark secrets will only cause inevitable heartbreak…or worse.

Yet as Lacey’s undeniable allure melts Sebastian’s defenses, everything threatens to tip out of his control. She is his mate-and she’s about to disrupt not only his bitter oath to recover his family’s legacies by whatever means necessary, but his shattered heart and fading soul. 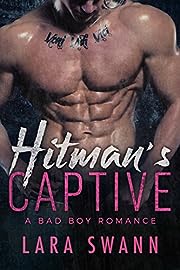 I’m a killer for hire. Anonymous and independent. A professional.

I’ve spent my life killing men and f*cking women. And I never hesitate to pull the trigger.

Until I see her.

Seductive innocence. Fire and passion. Curves that make me want to touch and taste and take until there’s nothing left.

She’s standing over the wrong man’s body – and looking back at me with terrified eyes. A witness.

I should kill her. Fix this f*cking mistake. But for the first time in my life, I can’t.

Instead, there’s only one option left: I’m going on the run, and I’m taking her with me. The sweet heat of her body may be more dangerous to me than any mafia boss ever could be, but when our lips meet …it’s worth every risk.

This woman might be the death of me – but first, I’m going to make her scream.

I’m an Italian mafia princess – and my life belongs to my family.

So when my father offers my innocence and marriage for a powerful alliance, I’m ready. Until the Russian mafia boss I’m promised to is violently murdered in front of me – and I’m taken as the only witness of a terrifying crime.

Kidnapped by a powerful and predatory b*stard who terrifies me one moment…and sets my body on fire the next.

I should hate him. I do hate him. And I’m getting out of here – somehow.

But…every time he comes close to me, I can’t help but react to that cocky smile. The glint of arrogance in his eyes. His sinfully hot body, tattooed and hard – and so blatantly on offer.

I’ve never felt anything like this. Never known anything beyond my father’s strict control.

And for the first time, I want something for myself…to let him steal my innocence with every dark, intoxicating promise. 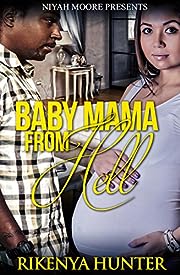 Fifteen-year-old Kimora had a great, stress-free life until her parents divorced. After the divorce, her father relocated from Jacksonville to Miami for work. Kimora’s world drastically turned upside down. Even though her father was still a part of her life, she missed him terribly. She was forced to grow up quickly and care for her ten-year-old brother, Kennard, while her mother celebrated her newfound freedom, by running the streets and neglecting her children for men and money. Thankfully, her best friend, Gabriela, was there to pick up the pieces and keep her sane.
Neron Lopez was the jock and class clown of ninth grade, and Kimora despised him. It wasn’t until she was compelled to work with him for a school project that she began to see a different side of him. Neron and Kimora quickly became an item and were inseparable. He dreamed of marrying Kimora after high school, but his dream was crushed when an unexpected twist tore them apart.
Neron tried to move on with his life and forget about Kimora, but a drunken one-night stand at a party puts him on the path to fatherhood. He ultimately ends up with the baby mama from hell. Kimora and Neron can’t seem to stop thinking about each other and want to rekindle their relationship but, with a crazy baby mama, is that possible? Follow Neron and Kimora and see if they can find their way back to each other. 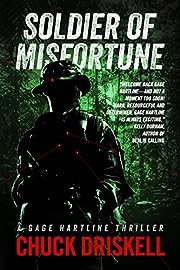 Gage Hartline is in no condition to accept a dangerous mission inside the Peruvian drug trade. He’s at a personal low point – and he needs something to make him forget.

But he’s never accepted a job like this before. For the first time ever, Gage signs a contract to kill someone in cold blood.

Gage’s target is Sonny Calabrese, a ruthless American living in Lima, Peru. Sonny employs teams of elite soldiers – like Gage – to steal cocaine from the cartels and sell it at an extreme profit. When Sonny grows tired of his own people, he murders them. Creatively. Bizarrely.

And now he must pay.

Against the advice of his mentor, Gage accepts the contract, believing it’s a skewed mission of mercy. He’s working for the families of the dead.

But not everything is as it seems. There’s a deadly undercurrent of greed surrounding Sonny Calabrese’s organization, and Gage finds himself sucked into the vortex. 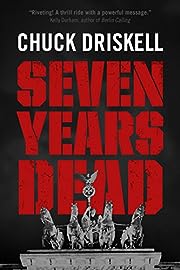 In the waning days of the Second World War, Tommy’s American unit was slaughtered by the notorious Schutzstaffel—the Waffen SS. According to the U.S. government, there were no survivors.

But Tommy did survive—the sole survivor of 187 men. In the interest of his privacy, the government provided him with a new identity in a different region of the country. But, unknown to the U.S. government, Tommy spent his college years planning his revenge. And now, in 1952, Tommy is traveling back to Germany. He’s going there to find the man, the murderer, the SS commander who ordered his friends killed.

Despite his deep-seeded hatred, Tommy is forced to assimilate with his German hosts. Though unwilling at first, he even finds himself yielding to the kindness of a German widow and her son. Although his hunt progresses successfully, he soon falls under the scrutiny of a dogged Berlin detective as well as a deadly legion of former SS.

Inspired by the true events of the Malmedy Massacre, SEVEN YEARS DEAD begins as a tale of revenge and transforms to one of redemption. 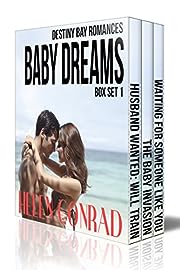 The Carringtons may be a successful bunch, but what they all yearn for–even those who don’t know it yet–is something money can’t buy–a warm, loving family.

Three full best selling novels in one set:
Husband Wanted:Will Train
Charity thinks she’s hiring Ross to play her husband temporarily in order to placate her aunt–then is worried about how happy she is when it turns into a permanent position.
The Baby Invasion
Scott Carrington thinks he’s built a fortress free of crumb crunchers, only to find them invading his yard. Luckily enough, their keeper-Cathy-sets his pulse racing at first sight and he is soon dashing across the countryside to protect them all from danger.
Waiting For Someone Like You
Tanner thinks Kat is a gold digger—Kat thinks Tanner is a conman. What they both really are? Victims of love at first sight–much as they try to resist. 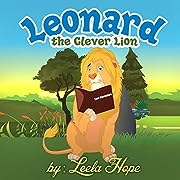 Funny Kids Books :Leonard The Clever Lion.
A story about a brainy lion for childrens of all ages to enjoy.
Are you or your children afraid to stand up and be heard?
Are you or your kids struggling with self confidence?
Leonard the Clever Lion is worried that he is not as good as his brother Larry. Leonard is not as handsome, and not as strong as his brother, but using his brain and his caring heart he solves the problems of the other jungle animals and they elect him the new King of the Jungle. Watch Leonard conquer his fears and help his friends. See the story unfold with vivid illustrations and told through rhyming verse. Learn what it takes to be a really good lion. 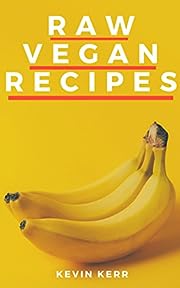 Are you looking for vegan recipes that prolong your life and satisfy your tastebuds?

If so then you’ve come to the right place because I have been using these ones for several years and still find them delicious!

I believe everyone would consume more fresh fruits, vegetables, nuts, seeds, and herbs if they experienced how wonderful raw food can taste when prepared right and the amount of energy it would give them! This recipe book contains over 50 delectable recipes for the advanced individual or beginner. Each one is not only healthy for your body but all are incredibly delicious! Every ingredient is taste tested organic, and included are recipes for salads, wraps, juices, smoothies, fermented foods, and even raw chocolate chip cookies! This one is for you if you want scrumptious healthy creations, and want to learn how to incorporate more raw plant-based foods into your diet. I enjoy making all of them on a regular basis and I’m confident you will too! 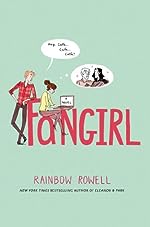 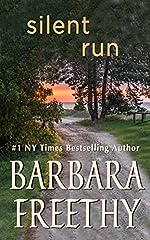 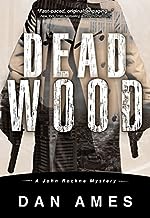 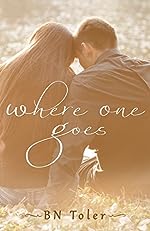 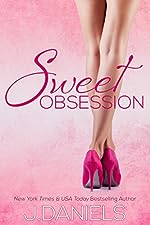 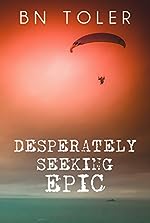 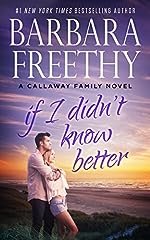 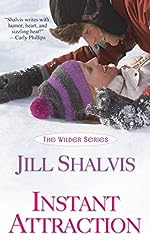 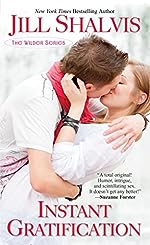 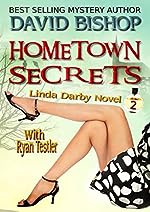 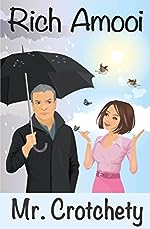 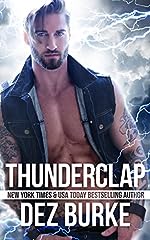 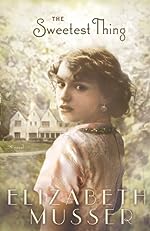 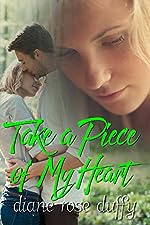