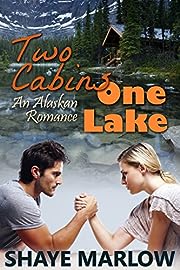 Helly is a volatile blonde with a passion for fishing, a grudging tolerance for the fishermen she guides, and a part-time job putting her sexual fantasies in writing. She lives a quiet life in the Alaskan bush, alone on her little lake with only a spooky dog and her gun collection for company.

But then Gary, the most obnoxious man Helly’s ever met, roars into her life. The mysterious helicopter pilot moves into the cabin across the lake with a vengeance. And fire. And karaoke. He’s a despicably early riser with a penchant for public indecency, a talent for trespassing… and he’s handsome as the devil, with abs she’d like to lick.

Helly quickly realizes her little lake isn’t big enough for the two of them. After an initial attempt at being reasonable, and responsible, and mature, she gives up—and gives as good as she gets. What follows is a feud of eardrum-battering intensity; a no-holds-barred water fight to the tune of a screaming chainsaw, with her panties caught in the crossfire.

Just when Helly thinks things couldn’t possibly get any worse, her crazy brothers crash the party. In an unforgiving land where even the wildlife is out for blood, can the pair survive long enough for Gary to capture Helly’s heart, along with her wrists? Or will Gary’s past be the final blow, after Helly loses her boat, her dignity, and what’s left of her ammo?

For lovers of Alaskan romance and romantic comedy, Two Cabins, One Lake is a sexy, standalone contemporary romance novel with action & adventure, a splash of mystery & suspense, and a satisfying conclusion. Take a vacation to Alaska, where everything’s bigger & wilder, and you’ll laugh out loud! 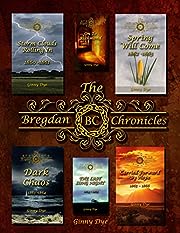 Storm Clouds Rolling In is the first book in the Bregdan Chronicles historical fiction series. As of today, there are 10 books in the series. It’s readers like you who have turned the series into a world-wide best-seller. Thank you!
Book Description: Carrie Cromwell comes of age as the dark clouds of the Civil War swallow the country. Born with a fiery spirit and a strong mind, she finds herself struggling between the common wisdom of the South and the truth she has discovered.

The activities of the Underground Railroad and her close friendships with the Cromwell Plantation slaves create difficult choices. But when her decisions put her at odds with her heritage, and challenge her dreams, will she be able to give up all that is precious to her? 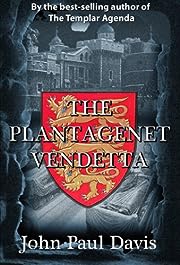 England 1485: They were called the Sons of York. They were secretly created during the final hours of the reign of Richard III. Their sole purpose to hunt down and eliminate the descendents of his murderer.

By any means necessary.

Over five hundred years later the long reign of King James III of England comes to an unexpected end. Less than a week later, the bodies of two Cabinet ministers are discovered in a burning car. Though the deaths of all three are initially assumed to be unconnected, a chance arrest in London yields a bizarre confession. And a sinister warning…

Thomas Winchester has been waging war on the enemies of his family ever since graduating from Sandhurst. Youngest nephew of the king, he is celebrated as one of MI5’s finest agents – the only man capable of taking on the Royal Family’s biggest crisis in recent memory.

Meanwhile, a quiet village in the North York Moors mourns a tragic loss. A young girl has vanished, allegedly the victim of a deranged boy who later committed suicide. A year on, television researcher Jennifer Farrelly is sent to follow up the story. The body was never found, and the girl’s parents have not given up hope of finding her alive.

A locked door in the medieval vaults of a remote Yorkshire church hides something strange: something with the potential to expose a previously untold chapter of England’s darkest history. As Farrelly’s search for the truth causes her to unwittingly cross paths with that of the royals, she and Winchester have no choice but to form a unique alliance to uncover a secret many have died to protect – a secret that still threatens the very foundation of the monarchy… 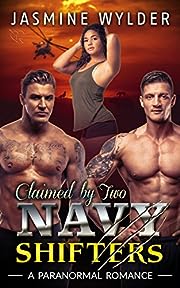 Curvy bartender, Roxanne Moreno, hasn’t thought about a relationship since the death of her parents. Too busy taking care of her younger brother, Dustin, she simply hasn’t had the time for a committed relationship. Not that relationships in the past have worked out all that well. Then, one day, just when life seems to be breaking down, two men entered her life, bringing out the animal inside of her.

While one is hot the other is cold. While one is sweet the other is sexy. In a perfect world, the two men would make the perfect pair, but the two of them mix just as well as oil and water. Yet, Roxie can’t help but picture both… in her bedroom… as her mates.

But the two men will never share. After serving in the Navy Seals, they have had enough of each other but they are once again thrust into each other’s company when they fall for the same girl. Leo, the alpha bear, feels that it is natural for her to be with him. Warren, the lone wolf, simply wants a mate that will help him reestablish his decimated pack.

Will Leo be able to seduce her, or will Warren win her heart with his good-mannered ways? How will Roxie choose one over the other when her heart – her instincts – clearly yearn for both? When both men are at odds with each other and their past comes back to haunt them, will their love for the sexy ebony woman persevere or will they crash and burn just as they did in war? 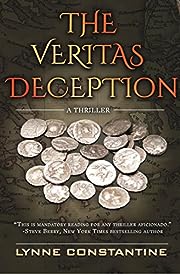 Imagine if the media, the entertainment world, and key players in Washington were conspiring to deceive you and nothing could be taken at face value;  if those you trusted most were a part of the deception.

Days after US Senator Malcolm Phillips changes his vote on a bill he sponsored, he is murdered and his death disguised as an accident. He contacted one man before he died: investigative journalist, Jack Logan. He left Jack a single clue to help him uncover the truth and keep Phillips’s widow, Taylor, safe. But safe from whom?

Jack and Taylor’s desperate hunt leads them to a vast network of corrupt authority, controlling everything from social media and television programming to law enforcement and US legislation. The key to unraveling a complex web of lies is a set of ancient relics, dating back to the time of Christ. But what do these relics have to do with a senator’s death?

Allies turn to foes when Jack and Taylor discover that those closest to them are part of the conspiracy and that they too have been manipulated. How long has a puppet master been pulling their strings–and will Jack and Taylor trust the right people long enough to win what becomes a colossal battle for souls? 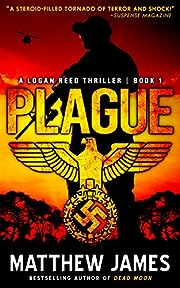 A strange virus has resurfaced in the Serengeti, not seen since the Second World War, infecting man and beast alike. Its victims soon become violent, viciously attacking anything that wanders into their path.

Logan Reed, a former Australian Special Forces soldier turned African game warden, is at the front line of this disastrous outbreak. Together with his team, including his sister, a Serengeti Zoologist, Logan searches for clues to the contagion’s origin in hopes that knowing where it came from will help them stop it. 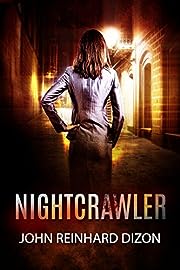 After her father’s death, Sabrina Brooks, the heiress to the Brooks Chemical Company, tries to put the pieces of her life back together. With access to top-secret government archives and her own interest and knowledge of chemistry, Sabrina concocts weaponry of her own, becoming a crime-fighting vigilante known as the “Nightcrawler,” battling the filthy drug gangs of New York.

With the help of NYPD undercover officer, Hoyt Wexford, Sabrina wages a war against the ruthless drug dealers threatening the streets of the city. But even with their resourcefulness and teamwork, can they take the fiendish arch-criminals out once and for all?

Something (Wisteria 1): A Paranormal Horror Mystery 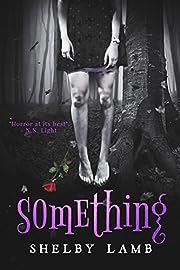 They say be careful what you read. Something is wrong. Something is very wrong. It can happen to anyone. This is just four teenagers’ story. Aubrey Golding hates her face, her body, and is devastated after Nathan Silva leaves her. Alone, suicidal, and desperate for love, she discovers a book called Something and unknowingly links others to a dark and terrifying curse that is beginning to consume her. Nathan is glad to be moving on with someone new and can hardly believe what is happening now. Wild child and amateur porn star, Bella Broadhurst, loves bullying that “emo whore” Aubrey with the other girls, but mostly she loves partying, hookups, and plain ol’ drama when terror arises. And Kendra Coke is just a new teen mother working on a delicate relationship when things start becoming utterly bizarre. Chilling sleep disturbances and figures hiding in the corners of their rooms are just warnings of what is to come. Be careful what you read, they say. Tread carefully.

The Silver Strand – Book 1 in the Mastermind Academy Series 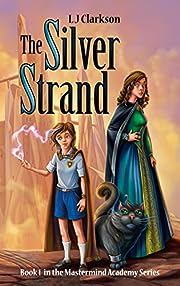 Science whiz Isabelle Treason has five days to save her magical, silver strand of hair. Succeed and she’ll get into Mastermind Academy, a secret school of magic in the underground world of Agartha. Fail and she’s as good as dead. No time like the present to embrace her mission. 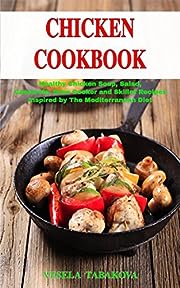 What’s for dinner! – Family-friendly Chicken Recipes to Satisfy Your Soul – and Stomach!
From the author of several bestselling cookbooks, Vesela Tabakova, comes a great new collection of delicious, easy to make dinner recipes.
Mediterranean chicken recipes are healthy, processing-free and delicious. They are generally easy to prepare and are loved from all the family. Roasted, broiled, grilled or poached, and combined with a wide range of herbs, spices and vegetables, chicken makes a delicious, flavorful and nutritious meal. And the best part is – these tasty chicken meals are inexpensive and affordable even if you are on a tight budget!
If you need a simple and delicious meal for dinner tonight – try these aromatic chicken recipes. They will impress your family, guests, and best of all, they are healthy, easy and usually all done in one dish. 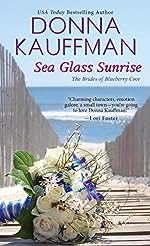 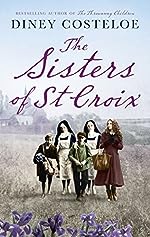 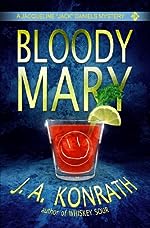 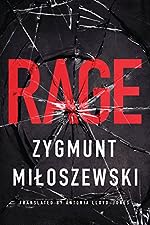 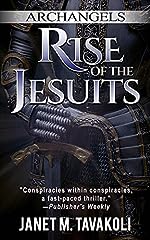 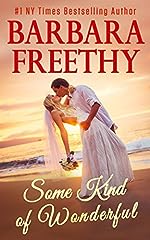 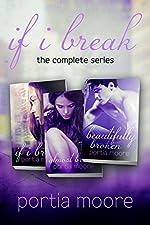 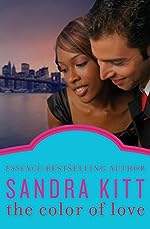 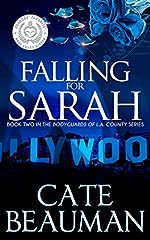 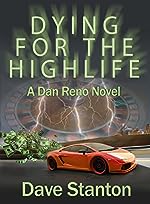 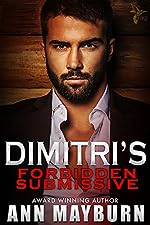 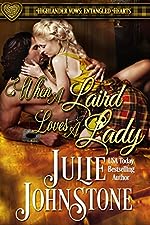 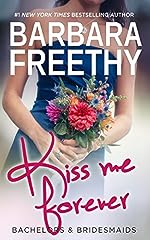