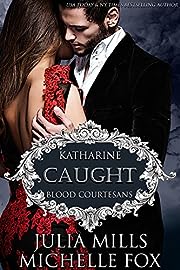 She trusted him with her future. How could she have known it was her heart she had to protect…

I know stealing is wrong but those poor, forgotten children needed my help.
I had no other choice. For a few short weeks, I made a real difference.
But my luck ran out. In the blink of an eye, I went from an angel of mercy to a mouse caught in a trap.

Now, I have a choice to make…give up everything I’ve ever known or trust a vampire to make it all go away.
He says he can give me back my life, my career…everything I’ve worked so hard to achieve.
But there’s a price…

In a world where blood is a commodity and sex is the prize, this cold, aloof vampire is my only way out…or is he?

The Vampire Blood Courtesans.
It’s not supposed to be about love…until it is. 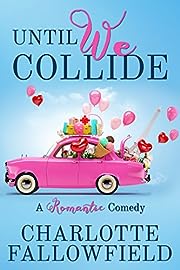 What do you do when the guy you’re in love with is seeing someone else?

That’s the dilemma facing Paige Taylor. All of her life she’s only ever had eyes for the gorgeous Alec Wright, but despite their undeniable chemistry, their timing has always been off. Fast approaching her thirtieth birthday, Paige despairs of ever finding love and a happy ever after. Her best friend Poppie tells her that she can either watch life pass her by, or grab it with both hands. She convinces Paige to throw herself back into the dating pool, or she could be waiting for Alec forever.

What Paige didn’t expect was the catalogue of dating disasters to follow. A neck brace, jelly fish, stitches, flashing and an encounter with a gorilla were some of the most memorable. Despite some downright hilarious, humiliating and cringe worthy dates, her biological clock is ticking and Paige is determined to keep trying until she finds the one. Was Alec Wright always her Mr. Right, or is he still out there waiting to be found?

Join Paige in her quest to find the ultimate prize. Love. 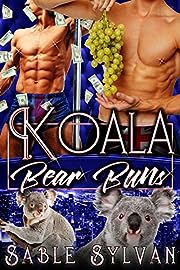 These bears are ready to go down under…

The last thing that curvy Natalie thought she’d find at Bear Buns was true love, but just as her friend predicted, Fate was going to have someone fall in her lap…literally. As Natalie held koala shifter Bruce for the first time, in his furry koala bear form, as his dance partner and fellow koala Zach put on a show for her and the Bear Buns audience, she felt a connection.

To earn her love, they’re going to have to spend some koala-tea time with her…

Koala shifters Bruce and Zach have been looking for a fated mate to make their duo a trio. They’ve seen five pairs of dance partners find their fated mates. After all, ‘The Twelve Dancing Bears’ is all-bear-shifter revue focused on finding fated mates to complete menages. Bruce and Zach are from the down under, but that doesn’t mean all they want to do is get down. They want to settle down. When they lay their eyes on the curvy gal who looks like she’d rather be anywhere but Bear Buns, they make it their night’s mission to make her smile…and to get her number. She’s got curves, sass, and fire, so Natalie? She’s perfect for them.

Is she koala-fied to be in a relationship with two dominant, possessive, and all together bad-ass bear shifter best mates…that want to make her their fated mate?

While Natalie is open to the idea of being with two men (who, conveniently, can turn into the most adorable frikkin’ animal in the world), she’s got unfinished business with her ex which keeps her from committing to the two men that she’s sure are meant for her. Even though her ex called off their engagement, he’s still holding the key to her heart…literally. Can Bruce and Zach convince their mate to give their furry Australian butts a chance? Can Natalie let herself be vulnerable and reveal her secret? And most importantly…why are koalas part of ‘The Twelve Dancing Bears’ if they aren’t actually bears? 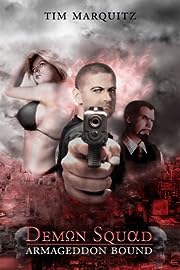 Half-devil and miles from anything resembling heroic, perpetual underdog Frank “Triggaltheron” Trigg is the last man standing against Armageddon.

As the favorite nephew of the Devil, Frank has led a troubled life, but he’d always had his uncle’s influence to fall back on. Now, with God and Lucifer coming to terms and leaving existence to fend for itself, his once exalted status of Anti-Christ-to-be does little to endear him to the hordes of angels and demons running amok in the Godless world.

With help from the members of DRAC, an organization of wizards, psychics, telepaths, and low-end supernatural beings, Frank must thwart the pro-Armageddon forces and rescue an angel in whose life rests the fate of humanity. 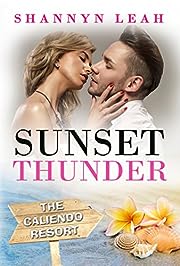 Violet Caliendo escorts couples into the illusion of “happily ever after” as wedding coordinator at Willow Valley’s five-star Caliendo Resort. But Violet doesn’t believe in love or “happily ever after” anymore. She’s guarded herself from love so deeply since her divorce that some even call her the “Ice Queen.” When she has to plan her ex-husband’s wedding, even her Ice Queen persona takes a hit.

With her emotions in high gear, she takes out her frustrations by having sex with her ex’s best man, Ryder Carlex. Ryder is a playboy type and Violet figures it’s a simple one-time fling. But Ryder actually is attracted to Violet in a way he’s never known before. Neither of them ever imagines that the sparks between them will ignite a fire hotter than anything they’ve ever encountered – slowly breaking down both their walls.

Will Violet be able to let go of her past and embrace a possible future with Ryder? Will Ryder let Violet into his own deep, dark secrets? Or will their trust issues forever doom them both from achieving their own “happily ever after”? 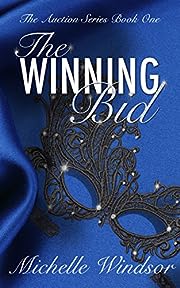 Desperate to gain the funds needed to start a new life, Hannah decides to work as a submissive, agreeing to be auctioned off to the highest bidding dominant at Baton Timide, an exclusive members only club. The winning bidder owns the submissive for a weekend of whatever they command. It’s her first auction and she’s prepared herself for whatever may come.
Drew, a VIP at Baton Timide, has had two weeks from hell and is looking forward to unleashing some much needed stress, and what better way than with one of the lovely subs at auction. From the moment he sees Hannah on stage, he knows he must possess her and when he does, is confused by the overwhelming feelings he has for her.
Hannah walks away at the end of the weekend without looking back, and Drew attempts to do the same, but can’t erase her from his mind, his skin, and he fears, even his heart. When a chance sighting of Hannah in the real world occurs, Drew discovers a secret that forces him to question everything he thought he knew about himself and his heart. 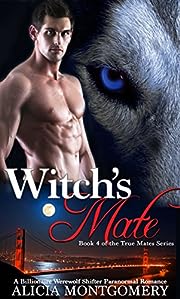 The next arc of the True Mates Series begins with San Francisco Alpha Liam Henney and witch Lara Chatraine as they fight their growing attraction.

When a chance encounter with Liam Henney sparks instant lust, Lara Chatraine discovers that the Lycan Alpha may be her True Mate. Lara was born with special powers, but it comes with a price: a curse, one that would put Liam in danger if they pursued their attraction. Determined to protect him, she resists his advances and keeps the knowledge of their true connection to herself.

As Alpha to the most powerful clans on the West Coast, Liam Henney has a duty to his family and his people, not only to protect them, but also to produce the next Lycan heir. But, weeks after their passionate encounter, Liam can’t get Lara out of his mind. The normally constrained and reserved Liam wants only one thing – to possess the bewitching beauty and make her his.

When members of the San Francisco clan turn up dead, suspicion turns to the bloodthirsty mages. Liam and Lara must work together to stop Master Mage Stefan, and take him down before he harms more people and exposes the existence of Lycans and witches to the world. As Liam breaks down her defenses and stokes her desires, can Lara keep him safe from her curse and defeat the mages before it’s too late? 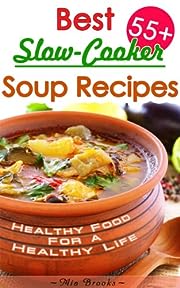 Healthy Slow Cooker Cookbook With Over 55 The Most Amazing Recipes
For sure, each host has a recipe of “special” soup in the arsenal and, probably, not one. Healthy soup recipes offered below can quite appear in the list of your favorite first courses after preparation and tasting.

Where Does a Rainbow Grow? (Give It a Go, Eat a Rainbow Book 2) 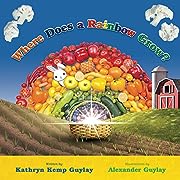 Where Does a Rainbow Grow? Is for parents and teachers wanting to continue the journey to encourage children to eat more veggies and fruits. The book introduces a new character in the series, Sammy the Bunny, who takes Blake on a journey to discover where healthy rainbow foods come from.

Where Does a Rainbow Grow? supports healthy eating in a fun, educational and positive way. The book uses charming illustrations by 13-year old Alexander Guylay combined with real-life photography and simple rhymes by nutrition educator Kathryn Kemp Guylay to create an augmented reality that immediately draws kids into the story. Peer-to-peer messaging continues as Blake, the main character, feels lost and unhappy in a “colorful” word of unhealthy foods. Blake meets Sammy the Bunny, who takes Blake on a journey to fill Blake’s rainbow basket with healthy rainbow foods. The book addresses healthy eating, farm-to-table concepts and plant identification (specifically fruits and veggies), in an engaging and positive way. Targeting early childhood and elementary school age groups, this picture book is simple yet profound in promoting healthy eating habits in children. Each page is created for maximum engagement, using a delightful combination of photography, illustration, color and text. 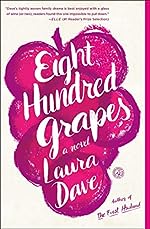 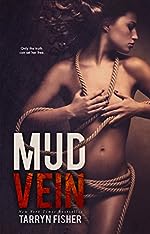 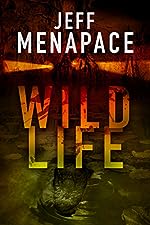 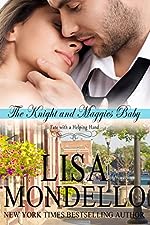 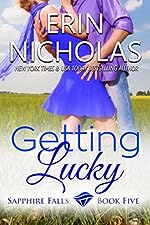 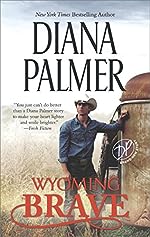 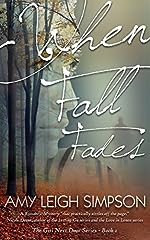