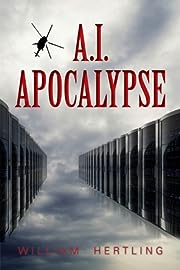 Leon Tsarev is a high school student set on getting into a great college program, until his uncle, a member of the Russian mob, coerces him into developing a new computer virus for the mob’s botnet – the slave army of computers they used to commit digital crimes.

The evolutionary virus Leon creates, based on biological principles, is successful — too successful. All the world’s computers are infected. Everything from cars to payment systems and, of course, computers and smart phones stop functioning, and with them go essential functions including emergency services, transportation, and the food supply. Billions may die.

Some may be friendly to humans, but others are not.

Leon and his companions must race against time and the military to find a way to either befriend or eliminate the virus race and restore the world’s computer infrastructure. 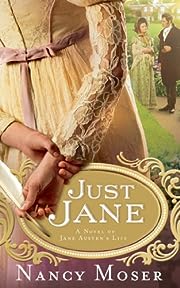 In this moving and authentic portrayal, Christy Award-winning author Nancy Moser transports readers back to the life and times of one of the literary world’s beloved heroines, Jane Austen. Growing up in a clergyman’s home gives Jane opportunities to observe human nature at its best—and worst. Vivid and delightful characters pour from her pen—Elizabeth Bennet, Fitzwilliam Darcy, Emma Woodhouse, Fanny Price, John Willoughby. . . . Jane dreams of publishing her stories and sharing them with the world, but how can she? She’s just Jane from Steventon. Will anyone ever read her novels? 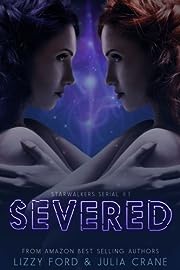 Two sisters with special gifts and an unbreakable bond …

Cyena and Tyana were born to powerful parents who are among the ruling class on their planet. Their lives are pampered but isolated, constricted to the city walls in which they were born.

Fun loving with a rare but powerful mind power, Tyana is accustomed to being treated like a princess and using her influence to get anything she wants – including protecting her sister from the elders and students who look down on her. The opposite of Tyana in most ways, Cyena’s second-class mind skills make others view her as a blemish on the family bloodline. No one but her sister believes in her.

They don’t know that a war is brewing, until it erupts. A class war tears their perfect world a part, leaving them helpless, alone and worse –severed from one another.

Each girl will risk her life to find the other, and each will be challenged to hone her powers in order to survive environments unlike any they’ve ever experienced. 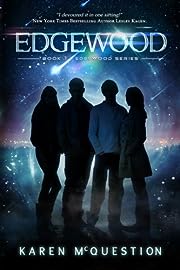 Wandering the dark streets at night is Russ Becker’s way of dealing with his relentless insomnia and the angst of life. But that changes forever the night he witnesses a strange astronomical event, then discovers he’s developed incredible superpowers.

And he’s not alone. Three others in his town—sexy Mallory, arrogant Jameson, and mysterious Nadia—have had the same experience and acquired intriguing powers of their own. As if Mallory isn’t special enough with her good looks and high IQ, now she can control peoples’ minds. Jameson thinks he’s the coolest because he moves objects with his thoughts, and shy Nadia struggles to understand her new empathic abilities.

At first the four secretly relish their newfound gifts while keeping them hidden. However, things get serious when they learn they’re being hunted by an organization that wants them for its own nefarious purposes. Russ has always picked his battles wisely, but when the bad guys threaten his family, they’re about to find out they messed with the wrong teens. What transpires will change all of them in ways they never imagined. 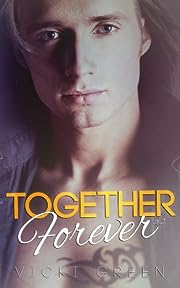 After escaping her ordinary life and following her dream of writing a romance novel, Allie Richard’s finds herself falling in love with her sexy best friend Shane Barton. But all too soon, her past catches up to her, trying to tear their budding romance apart.

Finally finding the amazing girl of his dreams, Shane Barton races to protect what’s his and will do anything to protect her. This loving, and sexy man is tender to the touch but will fight to keep them together.

Will Allie and Shane be able to withstand what her past throws at them to put an end to their happiness? Will they ever be able to be Together Forever? 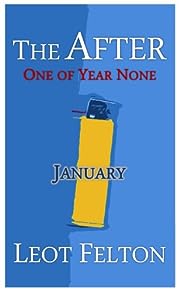 THE AFTER, a coming of age story about a boy becoming a man in a post-apocalyptic world

When a grassroots “Stoppage” movement succeeds in banning money, the civilized world quickly crumbles as looters and rioters claim for themselves the products that can no longer be bought. Those who manage to endure the first few days only succeed in postponing their suffering. Now, with no rule of law, all that anyone has is what they can secure for themselves and are able to defend.

THE AFTER: ONE OF YEAR NONE is one of five journals of a teenage boy who manages to escape the city with his family. His journals are discovered in the late spring of “Year None” during a routine census conducted by the Inventory Takers from the recently reestablished, nearby town of Lake Lowery. Inside they find that his testament is more than just a simple retelling of one family’s struggle to survive in a hostile new world. For written in his diary is also a secret. It is a secret that, if revealed, could destroy the last known refuge of hope left in THE AFTER.

THE AFTER: ONE OF YEAR NONE is the first novelette of Leot Felton’s premier, coming of age, full-length novel. Written as a first person diary narrative from the prospective of a teenage boy, the expectation is that it will prove to be an easy read for those who long for strong character development in their Young Adult literature. With each entry, our protagonist begins a short new chapter that intimately journals a character driven account of a common struggle set in an uncommon world. 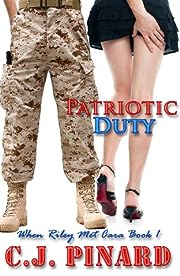 Newly divorced party girl Cara Reid just wants to have fun. Much too young to even be a divorcee, she and her bestie, Miranda, set off to have fun and maybe a few casual hookups and live life. One night at a military bar, Cara meets Riley Forrester, a hot Army soldier who makes her melt with one look of his deep ocean blue eyes. But Riley is only staying the summer in California and then has to go back to Colorado when it’s over. Cara tells herself he’s just a summer fling and is determined to enjoy herself and let him go once the summer is over. But when Riley receives orders he wasn’t expecting, she’s forced to make a decision on whether she’s going to be there for him when he gets back, or move on with her life. What she wasn’t expecting was to fall so hard for the beautiful soldier boy, and now she’s faced with accepting her feelings or letting him go. 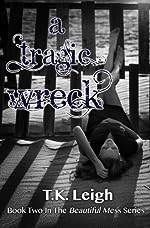 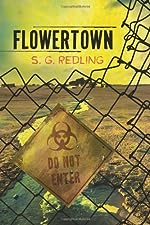 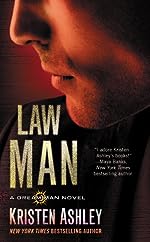 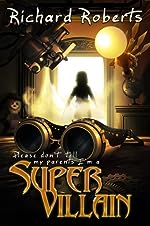 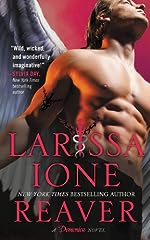 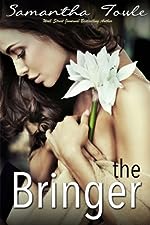