A Bridge To Love 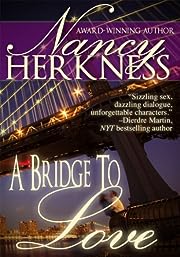 Widow Kate Chilton bravely raises two young sons alone, drawing on memories of her happy marriage to give her strength. When she discovers that her marriage was not what it seemed, her world is shattered.

In her own unique revenge, Kate decides to spend one night with a man and then forget him. She finds the perfect candidate in notorious womanizer Randall Johnson. Magnetically attractive, he has a reputation for loving and leaving. But Randall’s reputation is about to change….

Randall Johnson clawed his way up the ladder of success from a dirt-poor childhood. With no time for the complications of love, he prefers women who understand his rules. When Kate invites herself to dinner, his curiosity is piqued. When she kisses him, his self-control goes up in flames. And when she tells him he’s just a one-night stand, he refuses to take “no” for an answer. 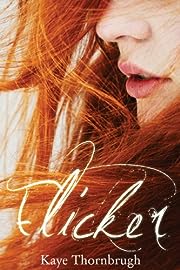 All her life, strange creatures have flickered at the edge of Lee Capren’s vision, disappearing when she takes a second glance. Though they inspire her artwork, she can’t shake the uneasiness they bring. When she’s spirited away by these capricious faeries, Lee is forced to serve them as a portrait artist.

Enter Nasser: His magic has always been more of a curse than a gift, but he’s determined to use it to help others. After a chance encounter with Lee, he risks his safety to bargain for her freedom—and unleashes a danger he can’t yet imagine.

What felt like days in Faerie spanned years in the human world, and Lee’s old life has crumbled away. Now she’s living above a shop that caters to the city’s beguiling magical crowd and struggling to cope with her new life. Between clashes with Filo, the moody teenage boy who’s both her unwilling magic tutor and her temporary roommate; the discovery of her own powers; and her growing feelings for Nasser, Lee’s got a lot to deal with.

Meanwhile, a mysterious and cunning faerie is bent on using Lee as the key to a sinister plot. With dark forces closing in, Lee’s quest to protect her new friends, as well as her only chance at a real life, will take her through two worlds, both human and Faerie… 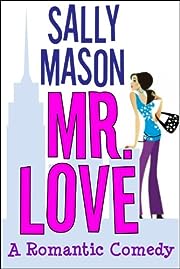 Desperate for money, literary author Gordon Rushworth writes a romance novel and self-publishes it under a female alias. To his astonishment it becomes a mega-bestseller, sparking a feeding frenzy in New York publishing and hit-hungry Hollywood. Soon a gorgeous and ambitious young Manhattan agent, Jane Cooper, arrives in Gordon’s Vermont village hunting the mysterious “female” novelist, forcing him to concoct a desperate plan to conceal his identity–a plan that pitches him into an increasingly hilarious spiral of lies, lust and love. 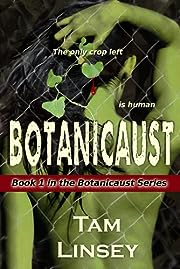 The only crop left … is human.

After genetically altered weeds devastate Earth’s croplands, Dr. Tula Macoby believes photosynthetic skin can save the human race. Her people single-mindedly embark on a mission to convert the cannibals roaming what’s left of Earth. But when Levi, a peaceful stranger, refuses alteration, Tula doesn’t think the only options should be conversion or death.

Levi Kraybill, a devout member of the Old Order, left his Holdout farmland to seek a cure for his terminally ill son. Genetic manipulation is a sin, but Levi will do almost anything for the life of his child. When he’s captured, he’s sure he’s damned, and his only escape will be death.

Tula’s superiors schedule Levi’s euthanization, and she risks everything to set the innocent man free. Now she and Levi are outlaws with her people, and she’s an abomination with his. Can they find sanctuary in a cannibal wasteland? 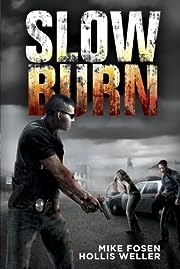 For decades the Mexican drug cartels looked at the United States of America as a business partner. The cartels supplied the drugs, and the millions of American addicts supplied them with an endless amount of money. But when the War on Drugs heats up and the money alone is not enough, the cartels decided to up the ante. With the help of a ruthless Russian mercenary, they unleashed a lethal bio-weapon, initially conceived during the Cold War to quickly bring the West to her knees. Skillfully deployed, the virus initially worked as designed. What started as a slow burn soon spread at an expediential rate, decimating the host population. Finally powerful enough conquer a stricken nation, the cartel stood ready to move in and enslave the surviving population. But unknown to their leaders, the virus had a small side effect. The infected victims refused to stay dead, and had an agenda all of their own.

For two veteran police officers and their small group of friends, the first day of the outbreak starts out like any other. Random fights and car accidents keep them busy, that is until they are confronted with a new and unexpected enemy. Each one of them is forced to confront the unthinkable. Zombies were real, and craving the living with an insatiable appetite.

Against the full specter of a society crumbling around them, and the dead stalking the living in the streets, it will take all of their skill, knowledge and courage to survive. They see terrifying news broadcasts and learn of hastily constructed refugee camps and an overmatched military stretched to the limit. Yet, amongst all of this, they still face enemies among the living as well. Armed gangs free to roam the streets. Powerful men who want to play politics with peoples lives, and wolves in sheeps clothing. Together, the group faces an uncertain future as they struggle against relentless enemies, living and dead, in a devastated America. 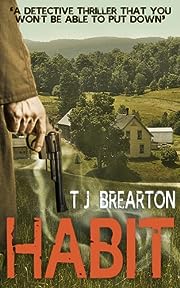 “A great detective mystery: realistic, well-written, and with such dramatic tension that I was up all night racing to reach the conclusion.” Chris Child

“Detective Brendan Healy solves a complex case, facing his own demons, in a brilliant police procedural with a dark conspiracy in the background.” Sarah Victor

A young woman, Rebecca Heilshorn, lies stabbed to death in her bed in a remote, upstate New York farmhouse. Rookie detective Brendan Healy is called in to investigate. All hell breaks loose when her brother bursts onto the scene. Rebecca turns out to have many secrets and connections to a sordid network mixing power, wealth, and sex.

Detective Brendan Healy, trying to put his demons behind him, pursues a dangerous investigation that will risk both his life and his sanity.

Habit is a compelling mystery which will appeal to all fans of crime fiction. T.J. Brearton amps up the tension at every step, until the shocking and gripping conclusion. 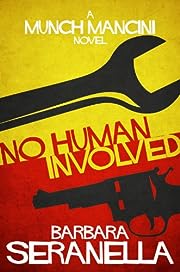 A former junkie-turned-auto mechanic, Miranda “Munch” Mancini just wants to make an honest living. But nothing in life is easy, and Munch’s hopes for a new life are dashed when her abusive father turns up murdered, and Munch is the main suspect. Staying clean is one thing, but staying off Detective Mace St. John’s radar, especially when a series of gruesome murders all point to Munch as the culprit, may prove impossible. Her only hope is to cut a deal with the detective, putting her own life on the line to catch a killer. But trust doesn’t come easily for ex-junkies, or for cops. The impulse to betray this precarious alliance may be too strong for either to resist – and may get both of them killed. 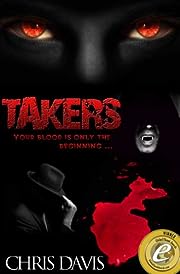 There’s a new kind of vampire in the City of Angels.

Los Angeles Police Detective Kel Langston finds that out the hard way when he survives a brutal attack in a dark alley only to realize he’s been turned into a monster. Stuck halfway between the living and the dead, his existence becomes a nightmare war for control between his human side and the burning hunger that gnaws at him, urging him to do things no human should ever want to do.

And as if that isn’t enough, Kel finds himself forced into hunting the creatures that did this to him, a new kind of vampire humans don’t even know exist…a kind of vampire known only as Takers. Something he hates…and can’t resist…and doesn’t know how to kill.

Takers… Your blood is only the beginning.

Landon and the Dragon (Adventures for Children) 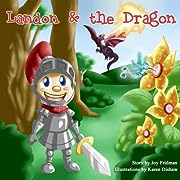 Joy Fridman has written an endearing story of friendship and the quest for true courage in Landon and The Dragon. Landon has issues with his friends, self-esteem and his `not so great’ armor. But the advice of a unlikely friend shows Landon that real strength doesn’t lie in what you wear or what you hold, but what is within. He learns to face his fears and even discovers that sometimes they are not as scary as you imagine. A wonderful story for beginning readers with beautiful illustrations. 5 stars!” 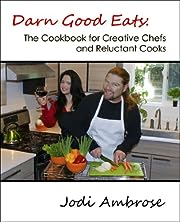 Whether you love to cook or would rather starve than spend time in a kitchen, Darn Good Eats: The Cookbook for Creative Chefs and Reluctant Cooks is for you!

Reluctant Cook and author Jodi Ambrose teamed up with her Creative Chef husband, Grant, to bring you a cookbook with an unusual twist. Darn Good Eats provides scrumptious recipes for both the kitchen aficionado and the bumbling cook. Pooling together all of their combined kitchen savvy, they’ve created a cookbook that applies to anyone and everyone.

Along with a list of must-have items for your kitchen, helpful measurement conversions, delightful personal anecdotes and a witty sense of humor, this cookbook delivers over 70 delectable and inspired recipes for both the kitchen novice and cooking expert. You no longer have to be a good cook to make great food.

So that it’s easy to navigate, the cookbook is split into two parts. The first part is for Creative Chefs who love, or at least like, to cook. It contains tantalizing recipes which range from simple to challenging and are bound to be crowd-pleasers. The second part is for people who prefer eating over cooking and find the kitchen to be more of a chore than a delight. The Reluctant Cook will now have a wonderful array of options for making “homemade” meals that (shhh…don’t tell) in some cases are far from homemade, but are still mouthwateringly delicious.

Whether you love or hate the kitchen, Darn Good Eats: The Cookbook for Creative Chefs and Reluctant Cooks has plenty of tasty recipes to please even the most discerning palate. We know that you’ll enjoy both the food and fun contained within this cookbook and we wish for you many happy and delicious meals. 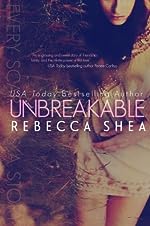 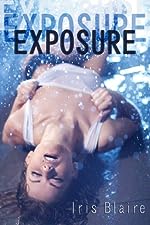 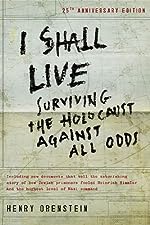 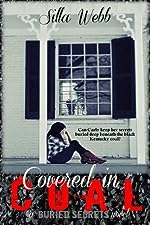 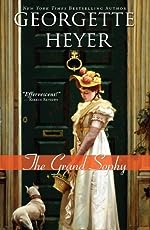 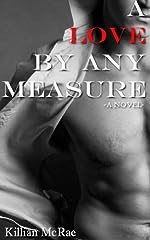 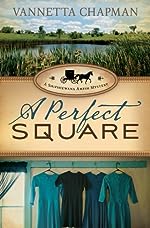 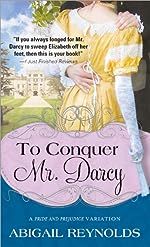 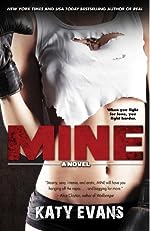