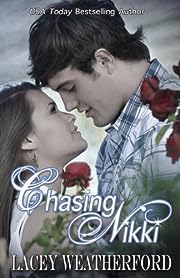 Chase Walker used to be a good kid—charming, athletic, and with a bright future ahead, but that was before travesty struck his life, sinking him into deep despair. Caught up in a world of drugs and alcohol, he doesn’t notice time slipping away until he’s arrested for underage drinking one night. Fed up with watching her son destroy his life, Chase’s mom relocates him to live in a small ranching community with his ex-military grandfather. Chase is far from happy about the situation until he meets, Nikki, the cute cheerleader who won’t give football players like him the time of day. Chase enjoys a good challenge though and sets out to claim Nikki for his own. He soon discovers she’s more than a pretty face—she’s a balm to his troubled spirit also. But when tragedy strikes Nikki’s life too, suddenly Chase finds himself put to the ultimate test. Can he trust Nikki, and all that she’s taught him? Will it be enough? 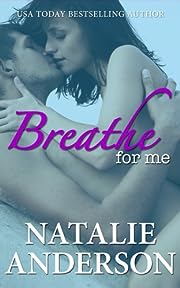 The last thing Chelsea Greene wants is to be rescued, but that’s exactly what happens when she’s caught wearing nothing but her swimsuit during a midnight emergency evacuation drill. Turns out her ‘hero’ is a former lifeguard who has no hesitation in offering the kiss of life. So not happening, right?
But for emotionally chastened Chelsea, one touch changes everything. She discovers a desire to satisfy this arrogant, demanding tease. Unable to express her own fantasies, she finds unspeakable pleasure in serving his.

Xander Lawson exudes easy charm. He likes a woman unafraid to match his appetite for unfettered fun. He doesn’t do complicated or emotional. But the raw need emanating from fragile Chelsea compels him closer. He can’t resist spinning a sensual fantasy world around them.
As passion spills outside their carefully selected boundaries, Xander learns Chelsea’s stronger than he first thought. But is she strong enough to handle the intensity he’s always kept hidden? 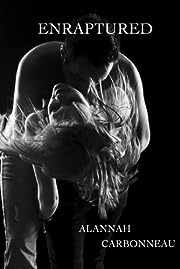 Enraptured is a single novel love story that will warp your views on love. It will blur the fine line between love and friendship. Enraptured is about a boy and a girl, Dace and Ella, who are so wrong for each other in every sense of the word. She’s good. He’s bad. She’s innocent. He’s damaged. But through all the challenges presented, they find a way to quench the thirst of their souls when their defenses finally shatter around them, exposing them for all they are. When acceptance is all there is left, the two have to find a way to rise above the secrets kept and lies told.

Ella’s whole world is turned upside down by the sudden death of her parents – and with the flip Dace came. In an attempt to steady the reins of the financial mess left behind by her parents, Ella takes a position in a nightclub while trying relentlessly to juggle her classes at the university. Dace Demi, the infamous co-owner of the nightclub pushes his way into her life and heart despite her attempts to keep things platonic. He’s a bundle of secrets and everything she knows she shouldn’t want. He’s rumored to have a violent fist – although she’s never seen it. He’s a definite player and he discards hearts like trash. He’s everything she’s always promised her prince charming would never be – but he’s everything she can’t seem to stay away from. 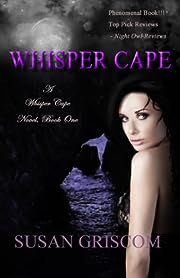 A powerful woman, an extraordinary man, and a maniac who wants to destroy them. Fate has brought them together, but will it make them stronger or destroy them all in end?

Escape to a world where the impossible becomes possible and sparks ignite.

WHISPER CAPE is a town of secrets and Addison MacKenna soon becomes tangled in a web of them. Plagued with nightmares of her father’s sudden and brutal death, Addie struggles with her anguish and refuses to believe his demise was accidental.

Fighting to shake off one of those devastating early morning nightmares, Addison finds it even harder to escape from the vision of a man lying on the side of the road–a man she may have just killed. When she frantically tries to locate him, he seemingly disappears, just the beginning of strange occurrences in her life. She also cannot ignore the weird sensations in her own body. Suddenly, the impossible seems possible, but is that a blessing or a curse?

Believing that her continual and worsening nightmares are both the key to her own new abilities and the clue to her father’s death, Addie knows she will not rest until she has the answers she craves. As she strives to cope with her new remarkable talents, someone else learns of her abilities–a disgruntled maniacal psychopath with his own agenda that involves eliminating Addie. The only one who can protect her, instruct her in the use of her powers and teach her how to destroy the murderous monster is the same man who makes Addie’s heart race and her blood heat with passion. The same man she’d left for dead.

Cael Sheridan may be arrogant and mysterious but he’s also undeniably gorgeous. A member of a secret society, he is sworn to protect the woman he believes to be the daughter of his recently murdered mentor. In the process, he finds it impossible to resist her magnetic sensuality, complicating his efforts to shield and guide her as she learns to manage her newly acquired skills. At the same time, Addison has much to teach him about trust and commitment. Will fate win in the end? You be the judge. 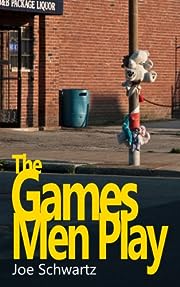 Joe Schwartz is a writer following in the footsteps of Dashiell Hammett, Donald Goines, and Chuck Palahniuk. In ‘The Games Men Play’ he has combined twenty-one short stories that will take the reader on a haunting journey through the darkest St. Louis streets to its most rural counties. A terrific, fast paced storytelling style that never wastes a word, his work constantly entertains and demands to be read.

ONCE UPON A LIE (A Fitzjohn Mystery) 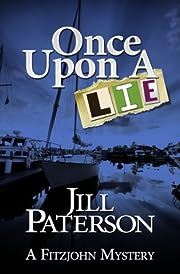 Little did, businessman and entrepreneur, Michael Rossi know that the telephone call he answered on that fateful Friday would be the catalyst for his death, and the subsequent recovery of his body from the waters of Sydney Harbour the following morning.

Recalled from leave to take on the case, Detective Chief Inspector Fitzjohn confronts the first of many puzzles; how Rossi spent the unaccountable hours before he died. This leads him on a paper-trail into a tangled web of deception, jealousy and greed that unravels the mystery surrounding Michael’s death.

Unaware of her nephew’s fate, Esme Timmons retires for the evening, unsuspecting of the events about to unfold; events that will, ultimately, expose a grim lie, buried deep in the past.

The Wonderful Wizard of Oz [Illustrated] 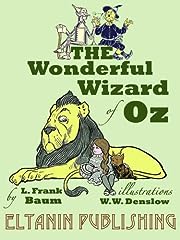 The book that started it all. If you’ve never had the pleasure of reading the original version (silver slippers?!) of the story as Baum and Denslow intended, this is the best (perhaps the only) digital version with all the illustrations included.

~~ Over 150 color illustrations – ALL of the originals – are included. Illustrations look great on both e-ink and color devices. ~~ 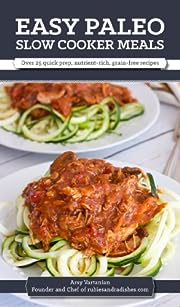 When following a diet that is free of grains, legumes and dairy and full of nutritious whole foods, we can often find ourselves spending all of our spare time cooking. The delectable recipes in this book will nourish you, while saving you time in the kitchen. 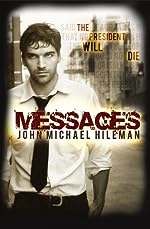 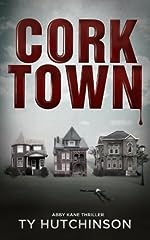 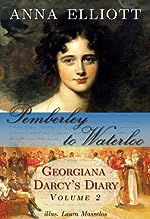 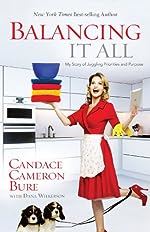 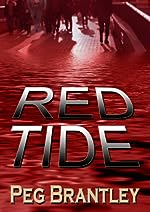 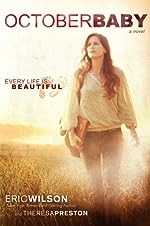 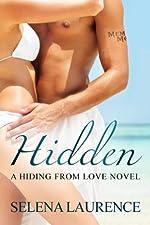 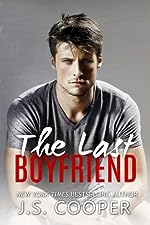 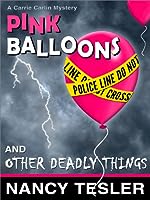 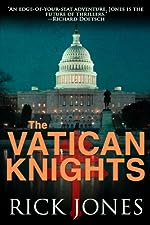 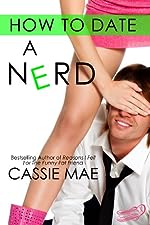 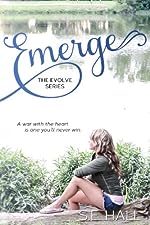 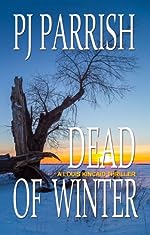 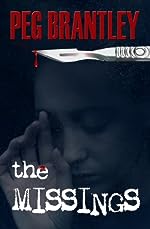 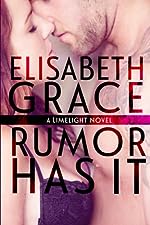 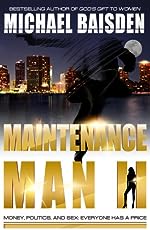 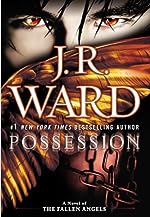 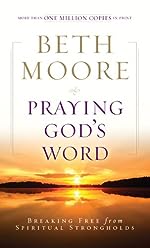 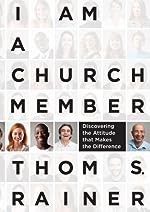 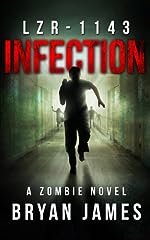 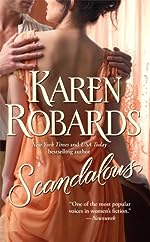