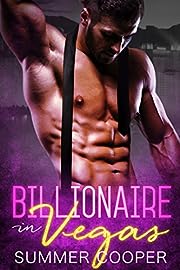 He’s everything she shouldn’t like… the former athlete, playboy billionaire, with a teasing smile and a body fit for a spread in a magazine…

“So that’s a yes, then?” He smiled down at me, looking as sexy as sin and just as tempting.

I wanted to say no; I truly did. The last thing I needed was to sit around drinking with my employer’s son. But a drink or two wouldn’t hurt anyone, right?

Lacey knows the last thing she needs is an impromptu birthday celebration in Vegas, but when her eccentric boss makes her an offer she can’t refuse, she hesitantly accepts. Things quickly go awry when her boss’s son, Jude, decides to tag along. A former athlete, playboy billionaire, with a teasing smile and a body fit for a spread in a magazine, Lacey knows that getting involved with Jude will mean trouble.

But maybe trouble, in the form of an unorthodox “arrangement” with a sexy billionaire, is exactly what the pragmatic, uptight, and undersexed Lacey needs. 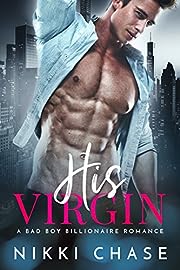 Everything has a price. Including her.

I’m Caine Foster. You know my name. I own this city.

I keep strict control of all my relationships. I always have the upper hand—in business and pleasure.

So when a sweet little thing defies me, it pisses me off. It makes me want to dominate her and bend her to my will. I want to turn that angry fire in her green eyes into sweet submission.

I make her an offer. She spends thirty days with me, and I solve her money problems. No mess, no drama, no questions. Just my money for her innocence.

But she’s more than I bargained for. I have a new addiction, and her name is Daisy. My little flower. 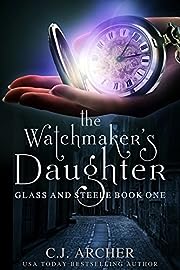 India Steele is desperate. Her father is dead, her fiancé took her inheritance, and no one will employ her, despite years working for her watchmaker father. Indeed, the other London watchmakers seem frightened of her. Alone, poor, and at the end of her tether, India takes employment with the only person who’ll accept her – an enigmatic and mysterious man from America. A man who possesses a strange watch that rejuvenates him when he’s ill.

Matthew Glass must find a particular watchmaker, but he won’t tell India why any old one won’t do. Nor will he tell her what he does back home, and how he can afford to stay in a house in one of London’s best streets. So when she reads about an American outlaw known as the Dark Rider arriving in England, she suspects Mr. Glass is the fugitive. When danger comes to their door, she’s certain of it. But if she notifies the authorities, she’ll find herself unemployed and homeless again – and she will have betrayed the man who saved her life. 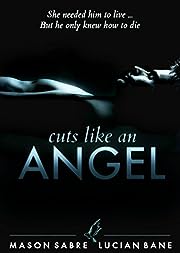 He never called the helplines. The one time he did, it was to say goodbye … to anybody, before leaving the world. Rosie … that was her name. She’d given it when she wasn’t supposed to. She said things that made him burn to live.
And he would. He’d find a way to hide his darkness so that he could dance with her, just a single dance, in the liquid sunshine of her laugh.

And maybe … maybe he’d taste her. But only once. 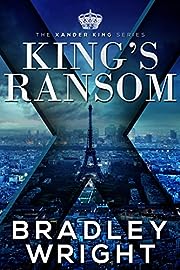 Some ransoms are paid in blood.

After Vanquishing his enemies in Moscow, ex-Special Ops legend Xander King returned home, finally feeling free of his violent existence. But the next morning when he is greeted by a blood-soaked tragedy, and the shocking message that the woman he loves has been taken, his vengeful past pulls him right back in.

Armed with only a cryptic text message from an unknown source, Xander goes on the hunt for revenge in Paris. It’s a race against the clock to save Natalie, and the ransom is Xander’s life for hers. A price he’s more than willing to pay. But when his team learns that the ruthless terrorist responsible for the chaos has a far more sinister plan, they must immediately shift gears to stop a threat that would not only affect the citizens of France, but the President of the United States himself.

One highly skilled team. Two insidious acts to stop. Thousands of lives at stake. The hunt is on.

My Shawty: An Original Love Story 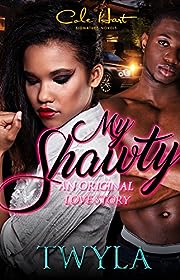 Nicole had her hands full, trying to raise two teenage boys in the mean urban streets of Chicago. Her nephew and her son were trying to do the right thing but trouble seemed to always find them. After her son, Babyface is shot and his best friend is killed, Nicole sends her son Babyface and Nephew to Jackson, Mississippi to live with her mom as a way to give them better opportunity and a fair hand at life. She figured that down south had a slower pace and Big Mama would be able to keep an eye on them.

While down south, the duo continued to go down the same path that they were on in Chicago. While pretending to work decent jobs and go to school, once the sun went down, the boys found themselves in the streets, trying to become the drug king pins they craved to be.

Meanwhile, Chyna Patterson had finally graduated high school and was ready to live life her way. After doing everything her mom always wanted, she decided to attend Jackson State University, going against her mother’s wishes. Her mother decided to cut her off financially, leaving Chyna to fend for herself. Instead of folding, Chyna made a decision to do what’s needed to survive. In the process, she met Babyface and their two worlds collided.

Chyna wanted into the street life and decided to ride alongside Babyface, determined to prove that she could be the Bonnie to his Clyde. But when competition threatened Babyface’s reign in the streets, was Chyna ready to do what was necessary to survive? Or would the streets and all the secrets it held be too much for this couple?

Something There In Between 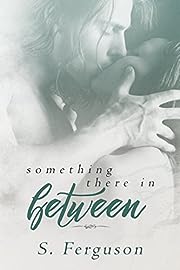 Bree Sutton has lost everything.

Shattered dreams and a lonely park bench are her only companions.
Happy endings aren’t for people like her.

Survivor Declan James knows what rock bottom looks like.
But he knows there can be redemption, no matter how far you’ve fallen.

You can try and fight it, but love doesn’t care how broken and battered you are. It’s always something there in between…

This book contains strong adult content that may not be suitable for readers sensitive to hard to read subjects. 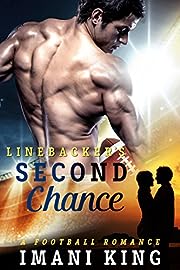 After I walked out on her six long years ago, I became the bad boy baller every man wants to be. So why do I miss her so much?

I was valedictorian of my senior class, got a full scholarship to the best football school in California, and I’m the best damn sports agent in the state.

I’ve always gotten what I want. But all of my victories don’t mean much without the man who promised he’d always be by my side.

The thought of losing Mack has haunted me every day. But to be forced to work with the one who broke my heart and crushed my dreams… it’s a special kind of torture.

If only I can stay away from his chiseled body and his piercing blue eyes, I might have a chance to avoid another broken heart.

I’ve got swagger. I walk into a room and everyone knows who I am—the most valuable linebacker in the NFL. I work hard, play harder, and f*ck like nobody’s business.

My manager says I need to change my image, or I might be out of a job. That’s not how Mack Pride rolls. There’s only one sports agent I ever listened to… and she doesn’t want anything to do with me.

I didn’t expect to see her again. Those luscious curves, that skeptical smirk on her gorgeous face.

I never should have let her go. Never.

And even if she has a public relations plan for me to marry someone else… Hell no.

Renata’s the only woman who ever made Mack Pride want to settle down. And now that she’s back, I’m not letting her go until she’s mine. 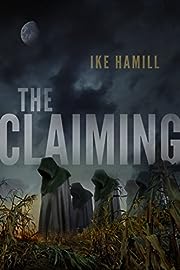 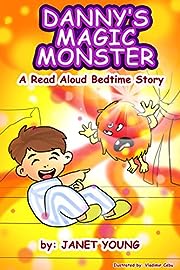 Jammy toes and pie farts! Fitz winkle and zinker-nitch? Hmm – Danny’s little monster friend seems to use some fun-dunky language! And why is he a “magic” monster? This zippy little bedtime story is sure to bring some giggles – and some colorful fun. The kids might even learn to sing a new song to put them to sleep in make-believe land. Give it a read and join in on Danny’s latest adventures. Your kids are sure to love it! 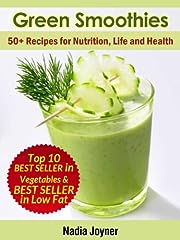 In my 20+ years as a personal fitness and diet coach, I’ve repetitively witnessed the miraculous health effects that Green Smoothies have brought into my clients’ lives. Green Smoothies are very effective at preventing, treating and reversing a wide array of health conditions and diseases. This book was written to help people better understand how powerful the body can be at battling free radical damage, symptoms of disease and aging – especially when it’s given regular servings of nutrient-optimized food sources, like Green Smoothies.

In Green Smoothies: 50+ Recipes. Nutrition, Life and Health a variety of topics are covered besides the recipes. A history of the human diet is included along with modern health statistics. The profound importance of free radicals and antioxidants is addressed. Vitamins, minerals, water, fiber and phytonutrients (plant based nutrients) are discussed in detail. Other topics include selecting & storage of fruits and vegetables, and tips for preparing and consuming Green Smoothies too. And of course, there are the 51 delicious, super-healthy Green Smoothie recipes to enjoy and experiment with as well. Enjoy! 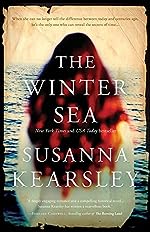 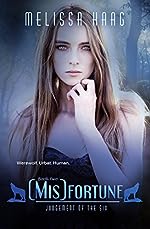 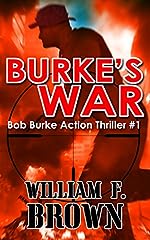 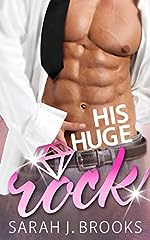 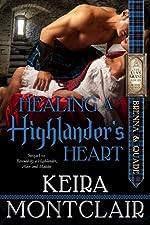 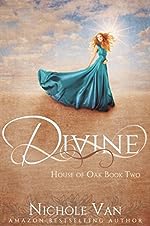 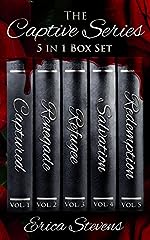 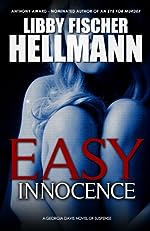 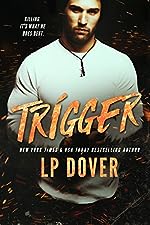 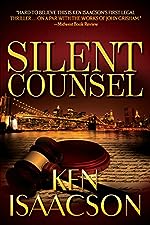 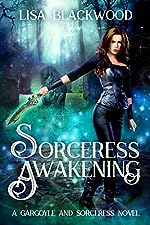 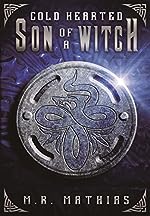 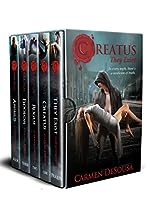 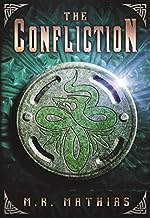 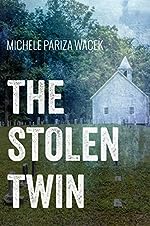 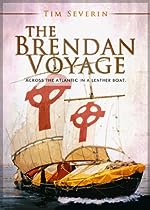 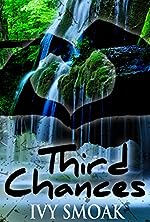 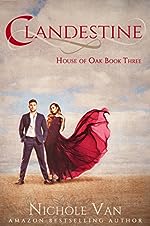