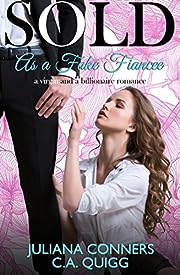 She needs money. I need a wife so my dad will let me keep all of his.
She’s auctioning herself to billionaires.
But she doesn’t know that this billionaire is bidding for a fake bride.
I might just take what she’s selling in addition to what I’m buying.
I’ll tie her up for real after she’s pretended to tie me down.
Then I’ll have my way with her, for her very first time, on our pretend wedding night.

It’s all perfect until I realize it’s not just my body that’s involved- my heart’s just become the highest bidder. 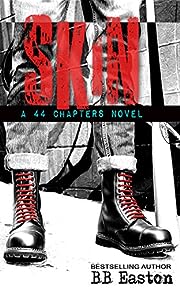 Because BB Easton had so much fun writing her bestselling, award-winning, gut-busting, panty-melting memoir, 44 CHAPTERS ABOUT 4 MEN, she decided to give each of her four men his own steamy standalone! SKIN is the first book in the 44 Chapters spin-off series—a gritty, taboo, forbidden love story overflowing with ’90s nostalgia, dark humor, and heart-wrenching teenage angst. It is based on a true story.

In 1997 Ronald “Knight” McKnight was Peach State High School’s only skinhead, and hands down the meanest, most misunderstood boy on the planet. Knight hated everyone, except for BB—the perky, quirky punk chick with the locker next to his.

Brooke “BB” Bradley liked everybody, except for Knight. She was scared sh*tless of him, actually. All BB wanted was to marry Prince Eric-lookalike and king of the Peach State High punk scene, Lance Hightower, and have a million of his babies. Unfortunately for her, Knight was even better at getting his way than she was, and once he got under her skin, BB’s life would never be the same. 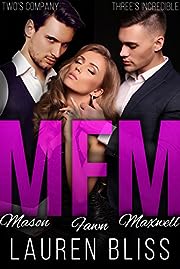 Everything changed the moment I met them.
It was only supposed to be one night: a place to crash, after a fight with my best friend.
But one night wasn’t enough.
In fact, I don’t think I could ever get my fill of them.
They’re best friends, who grew up together like brothers.
Mason and Maxwell. Rich, mysterious, and totally into me.Mason’s charming, a real smooth talker, while Maxwell’s the strong silent type.
I can’t decide which one I like more.
And maybe I don’t have to …Because now they’ve claimed me. Claimed me completely. 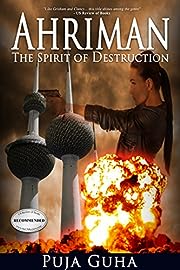 The Day of the Jackal meets Syriana in the near future.
When the CIA intercepts intelligence on a terrorist attack in Kuwait, Petra Shirazi, a former field agent, comes face to face withthe Ahriman, one of Iran’s deadliest assassins.

After a disastrous mission forces her out of the field, Petra Shirazi retires from a life of espionage to work in a research position. Three years later, her division stumbles upon a money trail that reveals a massive new wave of terrorist attacks. The money trail places her in the midst of an assassination plot that implicates the highest levels of the Kuwaiti and Iranian governments. Petra will find herself face to face with the Ahriman, a man named for the Persian spirit of destruction who is responsible for a series of bomb blasts that paralyzed the Suez Canal two years earlier. As the investigation begins to unravel, the ripple effects threaten to engulf not only the Middle East and its Western allies, but also the darkest secrets of Petra’s past. 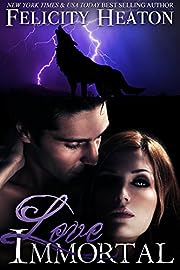 Rescued from werewolves by the most breathtaking man she’s ever seen, Lauren is dragged into the fight of her life and a dark world she never knew existed. There, she discovers that she’s the latest reincarnation of a goddess and must drink the blood of her immortal protector, Julian, in order to reawaken and continue her three thousand year old mission to defeat Lycaon, the original werewolf.

With the help of Julian and an organisation of people with supernatural abilities, Lauren fights for her life, their future and the fate of mankind against Lycaon and his deadly army, but can she succeed when Lycaon has killed all of her predecessors?

Can she crack the armour around Julian’s heart and seize her happily forever after with him? And can Julian bring himself to trust Lauren with the fragments of his heart after everything he’s been through? 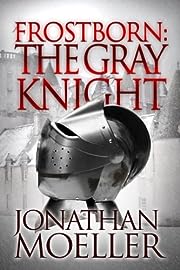 A thousand years ago, the last grandson of Arthur Pendragon led the survivors of Britain through a magical gate to a new world, a world of magic and high elves, of orcs and kobolds and stranger, darker creatures. Now the descendants of the exiles rule a mighty kingdom, peaceful and prosperous under the rule of the High King.

But a shadow threatens to devour the kingdom.

RIDMARK ARBAN was once a Swordbearer, a knight of renown. Now he is a branded outcast, stripped of his sword, and despised as a traitor.

But he alone sees the danger to come.

CALLIANDE awakens in the darkness, her memories gone, and creatures of terrible power hunting her.

For she alone holds the secret that can save the world…or destroy it utterly.

The secret of the Frostborn. 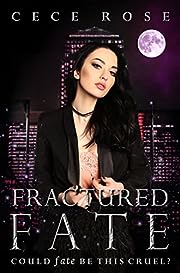 Selena’s world is turned upside down when she meets a mysterious man in a London nightclub. He’s a man with secrets, a man with enemies.

As the tangled web of secrets and lies begins to unfold, Lena needs to make a choice, but what’s a girl to choose when she knows that what she wants is wrong?

And him? He knows what he wants, and he’s going to do whatever it takes to get her, right or wrong be damned.

But Lena fracturing fate itself, driving it from the original path, wasn’t a part his plan.

Just a Kiss in the Moonlight: Georgia Moon Romance Book 2 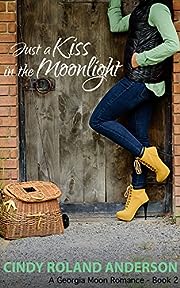 Taylin Nichols has the perfect job as a nurse in the newborn unit in her hometown of Mitchel Creek, Georgia, but as for the perfect boyfriend—not so much. She knows she needs to dump the guy, but figures it will happen naturally if she’s accepted for the work abroad program. On a day when she should’ve stayed home, she runs into Luke McKay—literally. He’s new at the hospital and already has a reputation as an unfriendly, brooding male. Even though he’s hotter than a Georgia summer, he’s not Taylin’s type—at least that’s what she tells herself, but after spending time together, she can’t deny her feelings anymore. The only problem is Luke has baggage from a lousy marriage and isn’t ready for a relationship. He desperately tries to keep Taylin in the “friend zone”, but it doesn’t take long to realize that will never work. Just when he and Taylin decide love is worth the risk, Luke’s past presents an unexpected challenge, leaving both of them to wonder if their love will be enough.

If You Were Me and Lived in… Ancient China: The Han Dynasty – An Introduction to Civilizations Throughout Time 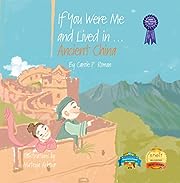 Learn what kind of food you might eat in Ancient China, what colors could only be worn by royalty, what kind of names parents picked, and what children in the Han Dynasty children did for fun.

If You Were Me and Lived in… does for history what her other award-winning series did for culture.

So get onboard this time-travel machine and discover the world through the eyes of a young person just like you. 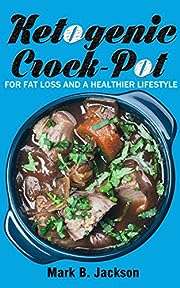 Tired of being fat, sluggish, and in a bad mood? Unhappy with your overweight body and fat belly? No courage to start your weight loss plan? Does your skin have acne? Fell no energy to work or play?
Do you often have no time to cook food? Are you busy everyday with your job and still need to cook food for your family when back home? Are you fed up with spending too much time on cooking? What if I said you could have a healthy Ketogenic Diet to lose fat, have a better mood, be more beautiful, be filled with energy, and you can still have your favorite recipes?
Continue reading, you will find answers of all the above questions and more!
Ketogenic diet emphasizes a low carb, high fat and proper protein lifestyle. By following a good ketogenic diet, we will get too many benefits, below is a brief summary of those benefits:
You lose weight fastYou have stable energy levelsYou become smarter You enjoy increased enduranceYou don’t feel hunger any moreYou improve your blood profile indicatorsYou reduce or eliminate your diabetic medicationsYou regulate your blood pressure without medication.You get rid of your insulin resistance.
This book suit for people of any weight, any body type or shape. Through my work, I’ve helped thousands of people achieve their health and fat loss goals, and I share everything I know in my books.

All methods in this book are so easy and simple, and so powerful to you. That it will maybe sound like too unbelievable when you read it at first time. This Amazing Fat Destroying method will give you an absolute body changeover without any supplements, workouts or high price ineffective pills.
So what will you find in this book?
1. Basics of Ketogenic Diet2. The Benifits of Ketogenic Diet3. Foods to Eat/Avoid4. Everything about Crock-pot(Slow Cooker)5. 70 Delicious and Easy to Make recipes6. More and more… 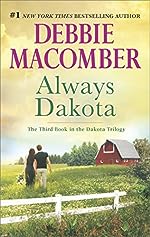 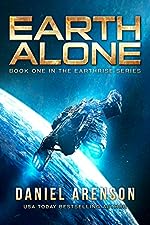 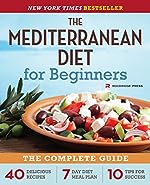 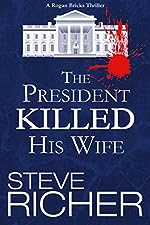 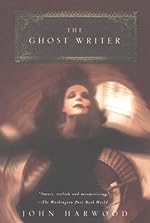 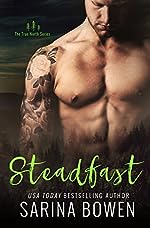 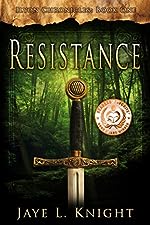 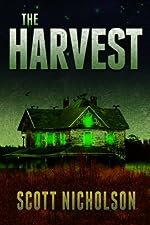 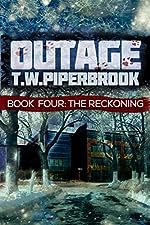 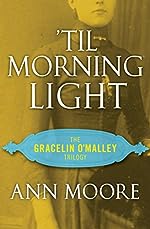 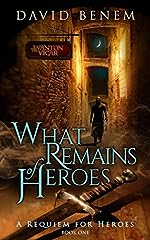