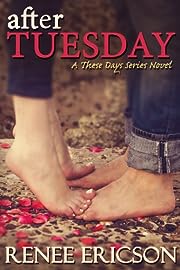 Family really is a pain…especially when your father is an addict.

For the last two years, high school senior Ruby has been her own rock and solace. She has learned to depend only on herself and hides her family’s issues by keeping herself somewhat unnoticeable. Despite her isolation, Ruby has intrigued the affections of someone unexpected. She finds herself loving life once again as his persistence sparks a romance awakening a well-protected heart.

While Ruby’s relationship with her father is constantly teetering, her new-found affection continues to blossom into something more than she ever thought possible. Soon, Ruby comes to realize that opening up your heart means being susceptible to love and disappointment. 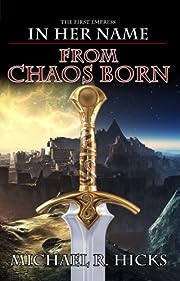 For long millennia, the Kreelan race has been ruled by war. Countless civilizations have risen amidst bloody conflict before falling back into savagery, with total annihilation averted only by the unnatural powers of the warrior priests and priestesses of the ancient orders.

And then one day a mysterious warrior from a brooding fortress deep in the Great Wastelands began her bloody rise to power. Syr-Nagath, known as the Dark Queen, began a new war of conquest, secretly planning to destroy the ancient orders and resurrect the dark ways of the apocalyptic past.

What she did not anticipate was the birth of Keel-Tath, a child unlike any other. Keel-Tath’s birth was foretold in an ancient prophecy, and was destined to wield the great powers of all the ancient orders to unite her race across the Homeworld and among the stars.

But she could only fulfill her destiny if she lived… 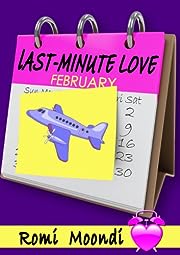 What’s a girl to do when she meets the Internet man of her dreams, he’s better than she expected, but he lives an ocean away? And let’s not forget her parents,who are trying to lock her up in arranged-marriage doom…

In this fast-paced story of culture clash and romantic pursuits, there’s a big fat Indian wedding, the struggle to keep a long-distance flame alive, and an unexpected mystery man who could set a new course in motion.

All the while, our heroine abandons what was once an all-consuming man-search, which helps her remember the person she used to be, and the person she hopes to become; the history-loving nerd, the hopeless romantic, and the emerging author with dreams of ditching the corporate rat race.

This is the book of living in the moment, making the grand gesture, and putting it all on the line. This is when Romi Narindra comes alive… 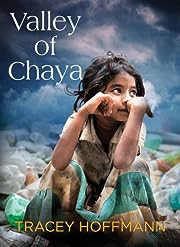 Life’s uncomplicated but difficult for Ashok and Shanti, they love each other more than anything else in the world and nothing is ever likely to change that. They’re a couple of street savy youngsters living in Mumbai with high expectations of a better life tomorrow. Their lives are changed in an instant when Shanti is snatched away by strangers.

At the same time Australian teenager Charlotte Turner is preparing to embark on a much dreamed about trip to India. Preparations become difficult and Charlotte leaves for India, but with very mixed emotions.

Valley of Chaya is a story that rasps every emotion and certain to stir any readers heart. 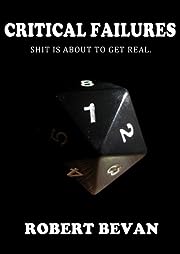 One minute, they’re drinking away the dreariness of their lives, escaping into a fantasy game and laughing their asses off. The next minute, they’re in a horse-drawn cart surrounded by soldiers pointing crossbows at them.

Tim now has the voice and physique of a prepubescent girl. Dave finds that while he lost a foot or two in height, he somehow acquired a suit of armor and a badass beard. Julian’s ears have grown ridiculously long and pointy. And Cooper… well Cooper has gotten himself a set of tusks, a pair of clawed hands, and a bad case of the shits. He also finds that he’s carrying a bag with a human head in it – a head that he had chopped off when they were still just playing a game.

Shit just got real, and if they want to survive, these four friends are going to have to tap into some baser instincts they didn’t even know existed in their fast-food and pizza delivery world.

It’s fight, flight, or try to convince the people who are trying to kill them that they don’t really exist.

Meanwhile, a sadistic game master sits back in the real world eating their fried chicken. 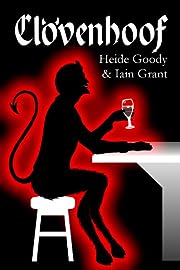 Charged with gross incompetence, Satan is fired from his job as Prince of Hell and exiled to that most terrible of places: English suburbia. Forced to live as a human under the name of Jeremy Clovenhoof, the dark lord not only has to contend with the fact that no one recognises him or gives him the credit he deserves but also has to put up with the bookish wargamer next door and the voracious man-eater upstairs.

Clovenhoof is outrageous and irreverent (and laugh out loud funny!) but it is also filled with huge warmth and humanity. Written by first-time collaborators Heide Goody and Iain Grant, Clovenhoof will have you rooting for the bad guy like never before. 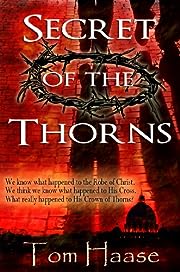 From an exciting new author comes SECRET OF THE THORNS, a controversial thriller set in modern times solving an ancient mystery. 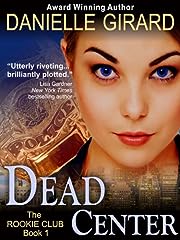 Fifteen years ago, the Rookie Club began as a tight-knit band of female cops struggling for respect from their male peers. Jamie Vail was one of them. So was Natasha Devlin, the woman Jamie caught in bed with her husband.

When Natasha Devlin turns up dead, Jamie wants nothing to do with the investigation. As a seasoned inspector in the sex crimes department, Jamie is facing her own terrifying case—female officers are being brutalized by a stranger leaving no clues. The Rookie Club is under attack, possibly by one of their own.

Now, Jamie must confront her past and solve the murder of her ex-husband’s lover before she becomes the killer’s ultimate prize. 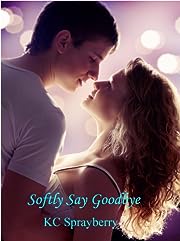 Erin Sellers, an eighteen-year-old high school senior, hates teen drinking. She and her three friends – Bill, her guy, Shari and Jake – decide to use Twitter to stop a group, the Kewl Krew, from using their high school as the local bar. But the members of this group are just as determined to stop anyone from messing up their fun. Despite veiled threats to her safety, Erin continues her crusade.
To make matters worse for her, the stress of school and extra curricular work mounts and suddenly, shockingly, booze-fuelled tragedy strikes. Erin is now under greater pressure as she spends all hours to produce a mural and other work to commemorate the death of a teen friend. Bill, Jake and Shari support her in all this…
But more tragedy lurks nearby… until it’s time to softly say goodbye. 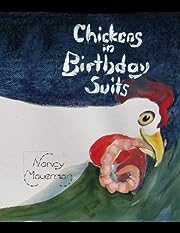 I‘m a chicken you can trust, so you can believe me when I recommend this children’s picture book to all hens and their people. The acrylic paintings are very chickeny, full of watery color, and in your face good, especially the ones of me.

I’ll tell you about my best, human-friend, Jillian, and my chicken family’s Hatch Day party and that sometimes everybody has fun except the Birthday Bird! That was me because I thought I was going to starve to death. Oh yes, I had a little cake, but I just pecked a tiny piece of that stuff so I wouldn’t hurt Jillian’s feelings, and the situation definitely got worse and worse and I got hungrier and hungrier but I didn’t die.

The BBQ & Outdoor Grilling Cookbook: 110 Recipes for Everything from Appetizers to Desserts 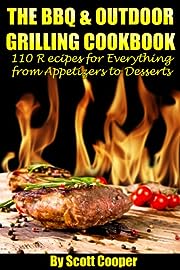 Steaks, burgers, chicken, fish, and vegetables transform into flavor-drenched food like nothing you produce in your housebound kitchen. Maybe it’s the open-air, blue-sky, backyard atmosphere. Maybe it’s the satisfying pop-tsst of a newly opened can of beer or soda that helps set the mood. Maybe it’s the laid-back attitude that a cook adopts when grilling.

The BBQ & Outdoor Grilling Cookbook: 110 Recipes for Everything from Appetizers to Desserts contains recipes, tips, and grate guidelines to whisk you away to lazy summer days full of satisfying sighs. Inside this book are recipes for irresistible seasoned steaks, marinated chicken, and herb-touched seafood. Sauces, toppers, and side dishes are included, too.

There are also recipes for smoked food, a cooking trend that is fast becoming a favorite technique among backyard grillers. Patience is required, but the long, slow cooking results in smoky barbecued, tender-beyond belief foods. 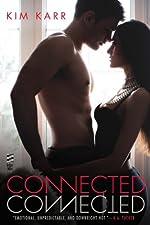 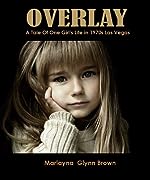 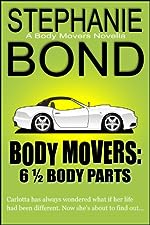 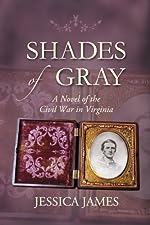 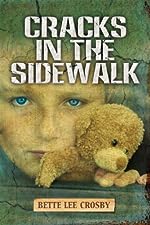 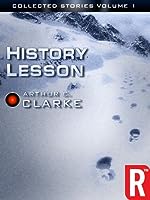 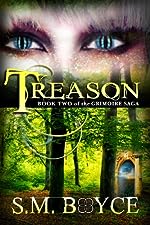 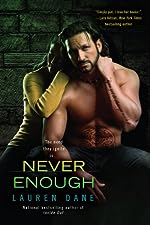 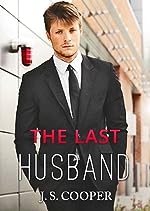 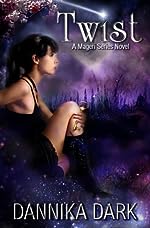