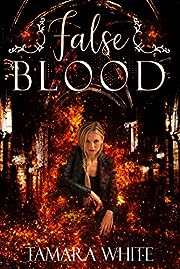 Have you ever felt like you don’t belong with your own kind? Been scared to be yourself? Well, join the club.

I’m a werewolf, forbidden to shift by my father, the Alpha. My beast locked away in a cage that weakens every day.
A confrontation at training forces my beast to the surface and sends me on the run for my life. It turns out I’m not all werewolf, but part vampire too. My mortal enemy.

Does this mean my whole life has been a lie? How do I move forward with my truth, when my blood is nothing but false. 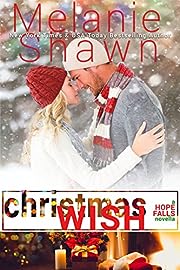 Kyle Austen Reed had it all, and his devilishly handsome good looks were known to steal hearts on and off the screen…

Fired…Evicted…Caring for a special needs child…

Aurora Rose’s life wasn’t a Lifetime movie. For the courageous and beautiful single mother, this was her reality…

When a meet and greet with an adoring young fan changes both of their worlds, Kyle will have to prove that there’s more to him than meets the eye, and Aurora will need to have faith that, after years of just scraping by, she is deserving of more than just a temporary reprieve from her daily struggle…

For the movie star and the single mom, will a Christmas Wish become their new reality? 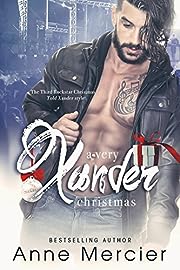 NOTE: It is recommended to read the entire series in order. 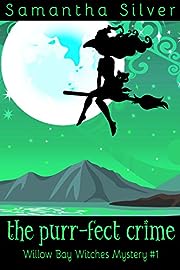 Magic is about to meet murder in Willow Bay

Angela Martin lives a pretty normal life. As normal as the life of a witch who can talk to animals can be, anyway.

Until she shows up to work one day and finds a dead body.

Of course, in a small town like Willow Bay this means everyone is obviously on edge. Between the cops who have never investigated a murder before, the crazy hot but infuriating guy Angela is sure has something to do with the murder and clients threatening to move to Canada, Angela starts to wonder if things are ever going to be normal again.

But as Angela comes closer to the truth, she finds herself in the murderer’s crosshairs. Will she be able to solve the case before she becomes the next victim? 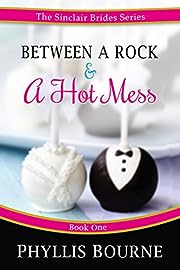 Riley Sinclair has man problems. Trouble is, everyone has one but her.

After years on the sidelines at weddings, the head of Sinclair Construction now sits home alone on what used to be girls night. Her only companions are television, a bottle of wine and a crush on a stranger she doesn’t have the guts to approach. Too bad she isn’t more like the daring heroine of her favorite show Hot Mess. Men want to bed and wed the glamorous Delilah Cole, while rough-around-the-edges Riley is relegated to the friend zone.

Enter the perfect solution – an interactive app where the star of Hot Mess dishes style, beauty and relationship advice guaranteed to transform any woman into a man magnet. Riley re-invents herself, and thanks to the app, is on the brink of landing her dream man…and another she didn’t count on. Soon Riley’s embroiled in her own hot mess and has to choose between the Cinderella fairytale with the man she wants or the soul deep passion found only in the arms of the man she needs. 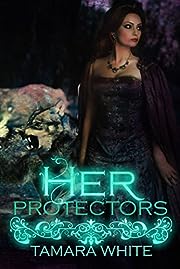 Death. That’s what my life has become. My mother died protecting me. My father died from poison intended for me. How long until someone tries to kill my mates?

The third trial is here. The day after saying farewell to her father, Dani’s forced to move on and complete the next trial. To make matters worse all the elders insist coming with her. Under their watchful eye, she must fix the problems, real or fictional, in each pack to improve their stability and prove she will be a wise leader.
Along the way she will be introduced to her mates families and learn more about each of them and their role in her life. In the end, she realizes exactly who her mates are… Her Protectors.
But what happens if Dani is tired of being protected…. 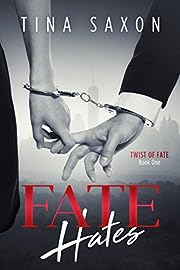 When something bad happens, you never hear anyone say, “It must be fate.” Yet fate was to blame for me being home to witness my mother’s murder. Fate paved the road my life was destined to take that tragic day. And that road led me directly to him.

I was on a mission to find my mother’s killer. He wasn’t my mission. We were never meant to be. Just a chance encounter with a bad boy who shocked my heart into submission.

Until fate pushed me down that road and led me to him again. Our paths didn’t just cross, they collided.

I need to fight the secrets from my past. He’s just fighting for me. Can two people destined to meet survive the devastation fate set in motion?

Welcome to my life.
Fate hates me. 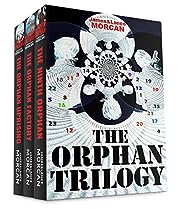 Twenty-three orphans with numbers for names from 1 to 23.
Number Nine wants to escape from ‘the orphanage’.

Read the highly-rated international conspiracy thriller series in full and at a discounted price. Three novels spanning over 1,000 explosive pages…

Meet Number Nine – an orphan, a spy, a lover…a master of disguise, an assassin, a shapeshifter…a freedom fighter, a human chameleon, a reformed contract killer.
He’s all of the above. He’s none of the above.

Nine is enslaved by the Omega Agency, a shadowy organization seeking to create a New World Order. When he tries to break free and live a normal life, Nine is hunted by his mentor and father figure, and by a female orphan he spent his childhood with. On the run, his life becomes entwined with his beautiful French-African hostage and a shocking past is revealed…A past that involves the mysterious Pedemont Orphanage in Chicago, Illinois.

Standing in the way of Nine’s freedom are his fellow orphans – all elite operatives like himself – who are under orders to terminate him. Nine finds himself in a seemingly infinite maze of cloak and dagger deception. Time and again, he must call on all his advanced training to survive.

But can the ninth-born orphan ever get off the grid? To find out you’ll need to go on a tumultuous journey around the world to such far-flung locations as the Arctic, Asia, Europe, the Amazon, Africa and South Pacific islands. The frenetic cat-and-mouse chase moves from airports to train stations and hidden torture prisons, taking the reader on a page turning, frightening non-stop action ride into the world of corrupted power that goes beyond conspiracy theories to painful reality.

Fast-paced, totally fresh and original, filled with deep and complex characters, The Orphan Trilogy is a controversial, high-octane thriller series with an edge. Merging fact with fiction, it illuminates shadow organizations rumored to actually exist in our world. The three novels explore a plethora of conspiracies involving real organizations like the CIA, MI6, and the UN, and public figures such as President Obama, Queen Elizabeth II as well as the Clinton, Marcos and Bush families.

The Orphan Trilogy exposes a global agenda designed to keep the power in the hands of a select few. Nine’s oppressors are a shadow government acting above and beyond the likes of the White House, the FBI, the Pentagon and the NSA.

One of the Omega Agency’s black ops employs MK-Ultra mind control technology on genetically engineered agents to facilitate the agendas of those in power. When Nine successfully deprograms himself from MK-Ultra, all hell breaks loose. But to gain his freedom he must bust out of the Pedemont Orphanage and break into Omega’s other orphanages and underground medical laboratories around the world. In the process he uncovers chilling scientific experiments taking place on children. Could something like this ever take place? Or, is it already taking place somewhere in the world right now?

The trilogy also has a poignant, romantic sub-plot. It contains the kind of intimate character portraits usually associated with psychological thrillers.

Buckle up for a nail-biter to the very end.

Written by father-and-son writing team Lance & James Morcan (authors of The World Duology), The Orphan Trilogy was first published in 2013 by Sterling Gate Books. A feature film adaptation of The Ninth Orphan is currently being developed. 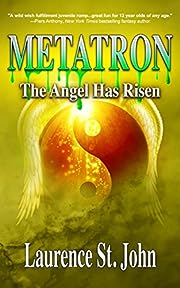 Twelve-year-old Tyler Thompson has a secret: he’s not a “normal” boy. After his father’s tragic death, Tyler finds himself in one predicament after another, until one day he and his faithful dog Maxx fall into a cesspool of mysterious green goop.

When his grandfather bestows him with an object not from this earth, Tyler soon discovers he has strange powers. Unfortunately, so does the sinister Dr. Payne.

Together with his best friend Lukas, who also has a special ability, and Maxx, Tyler embarks on a journey to put an end to Dr. Payne’s evil scheme to control the world’s children. To do so, Tyler must make a life-altering choice–one that could change the world. 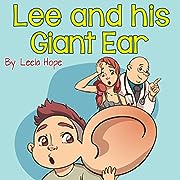 This Childrens book is relatable for kids of any age.

Yikes! Oh no! On the night when Lee made the bad decision to not wash behind his ears, he never imaginedTHIS would happen! Early readers will laugh at Lee’s humongous dilemma as they strengthen their readingskills and learn the importance of good hygiene in this hilarious new children’s book. Lee and his Giant Ear is a colorful and charming rollercoaster ride from start to finish that will make you and your early reader giggle with delight.There’s never been a more fun way to teach your child the importance of always being squeaky clean.Will Lee ever figure out how to get his ear back to normal?Share Lee and his Giant Ear as a bedtime story with your child today and learn about the power of keeping clean and working as a team.Prepare for lots of laughs! 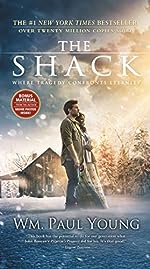 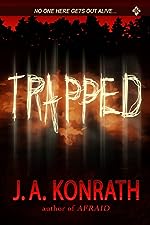 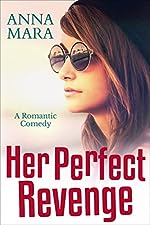 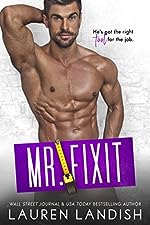 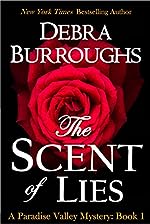 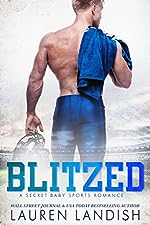 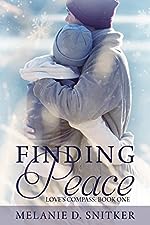 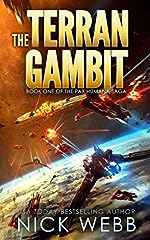 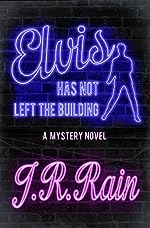 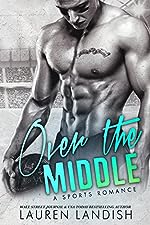 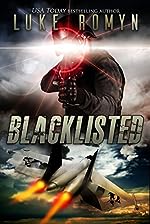 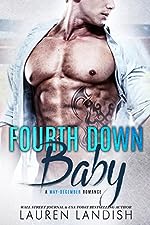 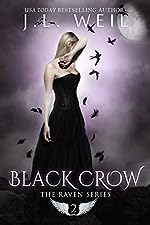 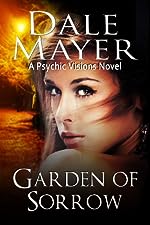 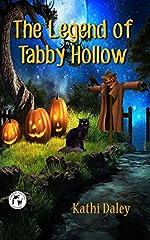