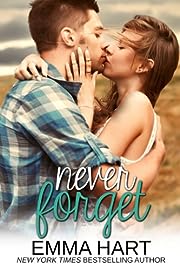 Spending the summer at her Grammy’s in Lilac Bay, Devon, is city girl Alexis ‘Lexy’ Edwards’ idea of hell. That is, until she reconnects with her childhood friend, Jen, and meets Alec Johnson.

Alec is the kind of guy Lexy knows she needs to stay away from. He’s the village flirt, ridiculously hot and very dangerous to her self control. But there’s a problem – she can’t seem to keep him out, even though she knows he’ll break her heart.

As Alec slowly strips away Lexy’s defences and the two embark on a summer romance she never wanted, their feelings grow to more than either expected. But nothing lasts forever, and reality intrudes. 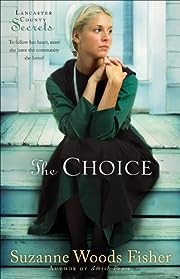 With a vibrant, fresh style Suzanne Woods Fisher brings readers into the world of a young Amish woman torn between following the man she loves–or joining the community of faith that sustains her, even as she questions some of the decisions of her elders. Her choice begins a torrent of change for her and her family, including a marriage of convenience to silent Daniel Miller. Both bring broken hearts into their arrangement–and secrets that have been held too long.
Filled with gentle romance, The Choice opens the world of the Amish–their strong communities, their simple life, and their willingness to put each other first. 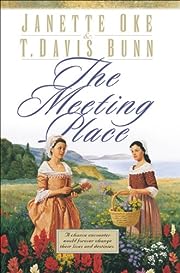 Crafted by two masters of inspirational fiction–Janette Oke and T. Davis Bunn–and combining the engaging historical settings, rich characterization, and heartwarming messages quintessential to both authors, The Meeting Place is another timeless story for you to cherish.
Set along the rugged coastline of 18th century Canada in what was then called Acadia (now Nova Scotia and New Brunswick), The Meeting Place re-creates a world that was home to native Indians, French settlers, and English garrisons. Such diverse populations did not live in accord, however. Instead, they were isolated within their own groups by a brewing political tension under the difficult English rule.
Amid such chaotic times two women, both about to become brides and both trying to live lives of quiet peace, meet in a lush field of wildflowers. Louisa, a Frenchwoman, and Catherine, who is English, continue to meet secretly through the seasons, sharing both friendship and growing faith.

Welcome to Paradise (The Kincaids) 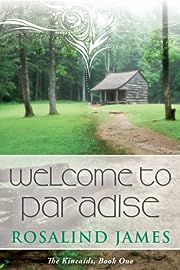 Mira Walker is hoping that competing on a “living history” reality show will give her what’s missing from her real life. Maybe she’ll get closer to her boyfriend, who hasn’t been all that nice to her lately. Get fired up about her job again. Who knows, she might even win a million dollars.

Gabe Kincaid and his brother Alec are after that million too, though. Mira and Scott are no threat at all, not when everybody involved is going to want to kill Scott after the first day. And there’s no bond stronger than a twin’s. What could possibly go wrong? 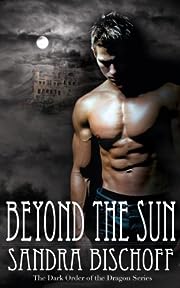 Fifteen years ago Jared Bonatelli had it all. The youngest son of one of the founding families in the Conservatorship of The Dark Order he lived a life you only thought existed in novels and nightmares. He had just graduated from Oxford University and became engaged to his childhood sweetheart when he lost it all in one violent act. The very next day he found himself shipped off to New Orleans with only the money in his pocket and whatever he could fit in one suitcase. Since that night he has suffered reliving his fiancé’s murder repeatedly in his dreams. It isn’t until he finds himself summoned back to New York for an emergency meeting of the Conservatorship that the comfortable world he lives in begins to crumble around him.

Alexandra Toscano has been searching for the one assignment that could catapult her journalistic career. When her editor Gene O’Hanlon drops a manila folder in her lap, Alex is immediately skeptical. At first glance the information he hands her seems like a publicity piece that is till she comes across an article he wrote some fifteen years ago about Vampires murdering a young woman in Central Park.

Outsider, The: A Novel 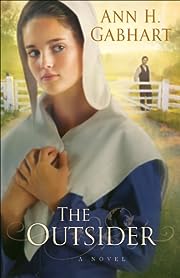 For as long as she can remember, Gabrielle Hope has had the gift of knowing–visions that warn of things to come. When she and her mother joined the Pleasant Hill Shaker community in 1807, the community embraced her gift. But Gabrielle fears this gift, for the visions are often ones of sorrow and tragedy. When one of these visions comes to pass, a local doctor must be brought in to save the life of a young man, setting into motion a chain of events that will challenge Gabrielle’s loyalty to the Shakers. As she falls deeper into a forbidden love for this man of the world, Gabrielle must make a choice. Can she experience true happiness in this simple and chaste community? Or will she abandon her brothers and sisters for a life of the unknown?
Soulful and filled with romance, The Outsider lets readers live within a bygone time among a unique and peculiar people. This tender and thought-provoking story will leave readers wanting more from this writer. 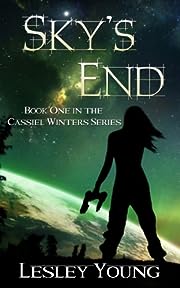 A secret she must never share. A secret that two warring species are determined to control. A universe’s future at stake.

Twenty-year-old Cassiel Winters joins Earth’s new space academy in hopes of finding her brother, one of Command’s top pilots and her only family, who’s been reported MIA. But she quickly realizes she may not be cut out for life in space, where female cadets are outnumbered, competition’s fierce, and she’s already failed her hand-to-hand combat test once.

Even the station’s most respected officer, Lt. Damian King, probably can’t help Cassiel pass the second time around—so why is he so interested in her progress? If only one of her freaky déjà vu visions would offer an answer instead of mysterious messages like hide.

River to Cross, A 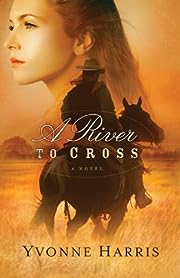 Texas Ranger Jake Nelson patrols the U.S.-Mexico border, protecting the settlers from cattle rustlers, outlaws, and bandits. Sparks fly when Manuel Diego stirs up a revolt against the government, which leads to the murder of a newspaperman, who is the son of a U.S. senator, and the kidnapping of his sister, Elizabeth Madison, a journalist in the making.

With Elizabeth’s photograph in hand–a dark-haired beauty with smiling eyes–Jake rides over the border to find her. After the Rangers defeat the marauders and rescue Elizabeth, Jake is surprised to learn she’s not the spoiled daughter of a senator that he was expecting. In fact, he finds himself taken by her. And she by him.

But the Mexicans won’t give up that easily, as Elizabeth becomes the target of an all-out hunt. Leaving Elizabeth back at Fort Williams, Jake and his men set off again, this time to go after Diego himself–to apprehend him and his renegades and bring them all to justice.

Meanwhile, Jake knows what’s begun between him and Elizabeth is undeniable. Amid all the turmoil, Jake finally admits how much he loves her. She tells him the same. Until now, they’ve lived in different worlds, yet it is those differences that drew them together. 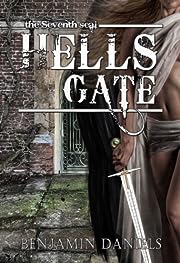 The gates of Hell are open. Angels and Demons fight for our mortality and dominance of earth. The rapture diminishes the human population and very few remain to defend what God gave us. It is up to the Angels to fight the war, the humans to survive and the druids to protect the earth. Cole wants nothing more than to be left alone until the war is over and see who wins. He doesn’t care for rules of any kind and wants least of all to choose a side. Fate however, has different plans for him. His only friend is being held hostage by a Demon with a plan to win the war and return the earth to what it once was. It is up to him to rescue her with the help of a fallen Angel who comes to his aid to ensure his survival. The Druids are the only ones who can save his friend, but they have an agenda of their own. The demon is demented but has the best intentions with what she believes. Cole finds himself lusting after the fallen Angel and must choose between her and saving his friend. The problem is that he doesn’t know who he can trust. Armageddon is here and Hell on earth has just begun. 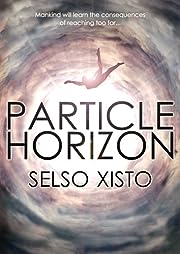 From the blood and dust of New Jerusalem, the Legion of the LightBringer wages a galactic war against those who would replace their god. Now, the time has come for the Union of Free Worlds to make a stand. The front line is the idyllic asteroid world of Angelhaven, where the greatest mind in human history has discovered an elemental power with far-reaching implications. A power that both sides will do anything to harness.

Marine commander Gomes leads the crack Union task force. An unrelenting warrior driven by revenge and a need for answers, he hides a strange ability neither science nor religion can explain.

On the other side of the war, Aja is forced to fight for a cause she doesn’t believe in to protect her own secret.

Caught between them is Una, a living machine who battles for her humanity as her world falls apart.

Outnumbered ten to one and stalked by a mysterious nemesis, all three will play a role in unraveling Angelhaven’s enigma.

As the Legion invasion begins, unknown eyes watch with interest… 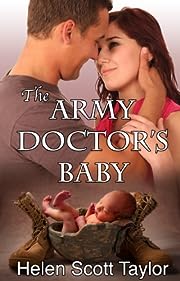 After his wife betrayed him, Major Radley Knight dedicated himself to becoming the best Army doctor he could be, dedicated himself to saving soldiers’ lives. When he returns on leave from Afghanistan he is ready for a break. Instead he finds himself helping a young mother and her newborn baby. He falls in love with Olivia and her sweet baby boy and longs to spend the rest of his life caring for them. But Olivia and her baby belong to Radley’s brother. 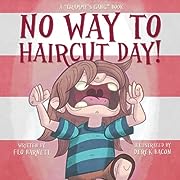 A boy, a mom, a barber, and a “Superdad” all come together to answer the age-old question of why a child needs a haircut every month or two when he absolutely hates it! 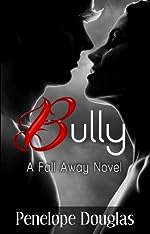 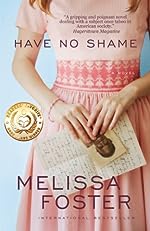 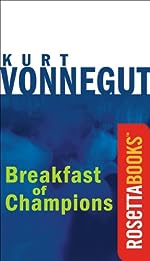 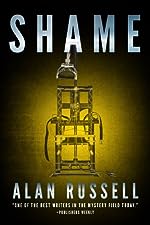 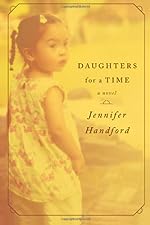 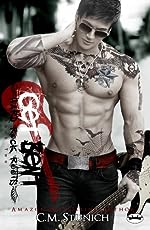 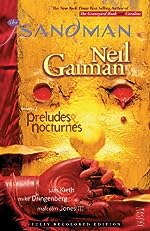 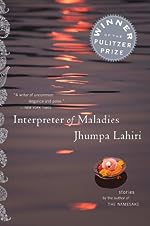 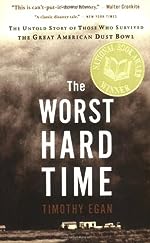 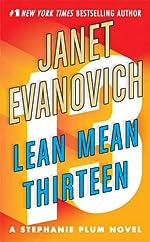 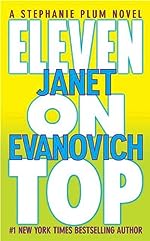 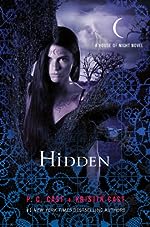 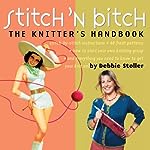