The Bride Who Wouldn’t (The Russian Billionaires Book 1) 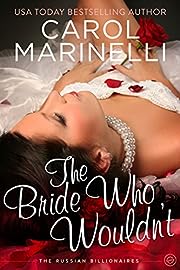 A romantic honeymoon in Paris, with a sexy billionaire Russian groom….

There are only two problems. It’s a marriage of convenience. And, the virgin bride is frigid.

Kate Edwards has never embraced her sensuality, is terrified of intimacy, and the wedding night is a disaster. Instead of calling the whole thing off, Isaak Zaretsky listens to her and challenges her using his unashamedly sensual nature and superb bedroom skills. But can Kate really give herself without love?

Moonlight (Book One) (The Moon Trilogy 1) 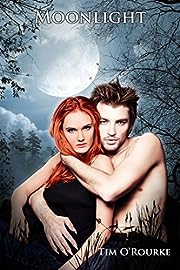 When eighteen-year-old Winter McCall is offered a chance to leave her life of poverty behind on the streets of London, she reluctantly accepts, and moves to a remote part of the south west of England. Here she takes up the job as housekeeper to the young and handsome, yet mysterious, Thaddeus Blake.

Warned that he has some curious habits, Winter soon realises that not all is as it firsts appears at the remote mansion where she now lives and works. Blind to the real danger that she is in, Winter finds herself becoming attracted to Thaddeus.

With nowhere to run and no one to turn to, she slowly succumbs to his strange requests. But none of them are as strange as his requests for her to stand each night in the moonlight. 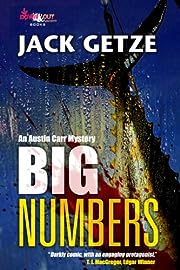 Laugh at divorced dad Austin Carr, a funny, oversexed scamp who’ll do anything to get his kids back. Think Bugs Bunny with guns and a penis.                           Divorced dad Austin Carr wakes up every day in a beat-up camper, parked on someone else’s private property. Why? Because his alimony and child support payments were established by New Jersey’s family court system when his income was double, and for the last two years he has failed to earn the legally mandated monthly nut. He’s had his savings drained, his Maxima repossessed, his salary attached, and his visiting rights suspended. He bought the twelve-year-old Chevy pick-up with the rusty camper for $800 last month because another landlord tossed his butt in the street. Will stretching the rules, his own morals, and the boundaries of common sense raise the cash needed to get his kids back? Or will his big mouth and bad behavior set him up for a nasty double-cross? See if Austin can redeem himself and win back his children. 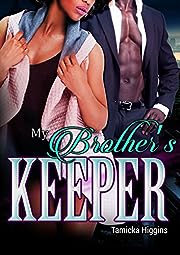 As brother and sister, Jason and Jennifer’s bond was tight. Even though they were 11 years apart, they were still as close as who were just years apart. When Jennifer, the oldest, gets involved in a physically abusive relationship, Jason steps in and even at his young age, he makes a fateful decision. He takes a pistol that was given to him by Allen, a member of the Vice-Lord gang and one of Jennifer’s friends, and kills her boyfriend in the midst of his abuse. Even though he had good intentions, it sets off a chain of events that would cause Jennifer and her friend Allen to leave the city in fear of their lives.
Jason ends up being trialed as an adult, and he is sentenced to jail for manslaughter, and as time passes, Jennifer aunt is killed, and she was nearly murdered herself. Because of that, Jennifer and Allen are forced to leave the city to save their lives. During that process, they lose contact with each other because of circumstances they couldn’t control, and the budding romance that had begun between them came to a sudden halt.
Now, seven years later when Jason was released from Prison, he is 18, but now, he has a completely different mentality. He is glued to living a crime filled life because of being institutionalized and Jennifer spends her time trying to keep him out of trouble and at the same time, holding onto hope that she will one day be reunited with Allen. In a story that contains twists, turns and unexpected events, the lives of this trio will have you on a rollercoaster ride and keep you wondering if they all will ever connect again. 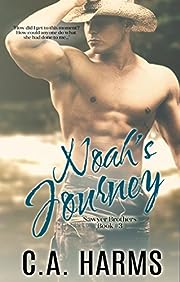 The years that were taken can never be repaid.

The memories stolen can never be returned.

But I had to move forward…for him, my son.

Noah had spent years wondering what he could have done differently. Wondering what he’d done wrong to make Stacey leave. The heartache from her absence and the what-ifs of their past eventually turned to anger—and then disgust.

It took years for him to move on, and once he did, his past came thundering back, revealing a secret.

A secret that would forever change his future.

Alena had waited for the chance to have more with Noah. He was an enigma, a man of mystery, yet she wasn’t quite ready to give up on him. She knew there was more to him than what he allowed those around him to see. She was drawn to his charm and his calm nature. With an uprooted past of her own, she craved a little stability more than anything. But when things between them finally begin to grow into more, their relationship is tested.

Will it all be too much for Alena to handle?
Or will she decide to stay and be a part of…Noah’s Journey? 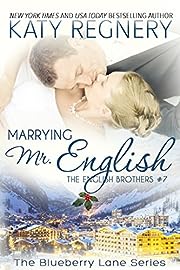 Trust fund playboy, Tom English, was supposed to find a “good woman” and marry her by midnight on his 32nd birthday. If he didn’t, his grandfather promised to disinherit him. Unfortunately for Tom, three days before he was set to get married in Vail, his fiance elopes with her skiing instructor leaving Tom high and dry. With only a week before his birthday, it looks like Tom will forfeit his millions.

When Eleanora Watters, a smart, sassy – totally broke – waitress, spies down-on-his-luck Tom English in the breakfast-all-day diner where she works, she doesn’t think much of him. He’s at least ten years older than she is and he looks like another trust fund jerk with a silver spoon shoved up his…a-hem. But Tom surprises her. Set up on a blind date by Eleanora’s cousin, the two bond over books, and after spending just a few hours together, Eleanora offers to marry Tom in order to help him secure his fortune.

After a whirlwind marriage in Las Vegas, Tom and Eleanora begin to realize that they’re not as unlikely a match as they once seemed, and their feelings for each other deepen. But when Tom’s grandfather sees through their scheme and threatens to cut them off, Tom will have to decide if he wants the money more than the Colorado waitress who seems to be something between “a dream and a miracle.” 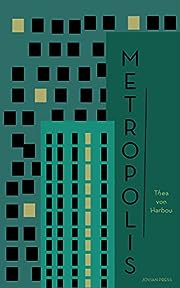 This is Metropolis, the novel that the film’s screenwriter — Thea von Harbou, who was director Fritz Lang’s wife, and a collaborator in the creation of the film — this is the novel that Harbou wrote from her own notes. It contains bits of the story that got lost on the cutting-room floor; in a very real way it is the only way to understand the film.

Christopher and Jaime (Pianos and Promises – A Novella Series Book 1) 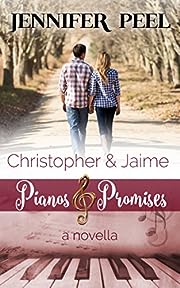 Doesn’t everyone say you should marry your best friend?

Jaime Seger has two goals in life: marry her best friend, the man that owns her heart and soul, and buy her very own grand piano. But Christopher McKay, who has no idea Jaime’s been in love with him since she was eleven years old, never gets the memo and marries someone else.

When Christopher’s wife dies, Jamie finds herself helping him raise his young daughter. A year later, she is on the other end of a very unlikely proposal, promising everything she thought she ever wanted.

But can their friendship endure a marriage of convenience? 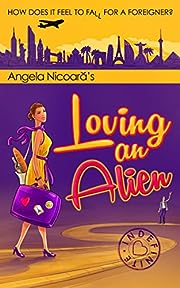 Fancy a ride on the love train? Here’s a book for your trip! ‘Loving an Alien’ is a riveting collection of intimate interviews with brave women who crossed the cultural divide and loved to tell the tale. Vive la différence! Here’s how it all started…

In 1995, when young Romanian journalist Angela Nicoara applied to the BBC School in Bucharest, it changed her life in ways she could never have imagined. Raised in the closed society of communist Romania and stung by a recent divorce, she doubted her chances for a better future. But then she met some British guy, in a gloomy corridor, and everything changed.”There was a power cut at BBC School. It was so dark I could hardly see him. We chatted for a few minutes, sharing a joke about the excellent conditions, and I had a feeling I’d never experienced before, as if I’d known him all my life. Why?”

Turns out, Cupid had just fired a couple of arrows that landed bang on target. Angela and her Brit spent the next twenty years traveling and working around the world – with a brief stop in Las Vegas to get married – and are now settled in a tiny village in the mountains of Transylvania, with bears for neighbors.And that’s where Angela got the idea for ‘Loving an Alien’…

“One winter’s night, by our log fire, I started thinking about my girlfriends around the world, many of whom had married a foreigner. Their lives were so similar, and yet so different to my own. Hmm, why not share our experiences? What if I go back to how it all started for me? Put my journalist hat on and interview them? Ask about life on Planet Love – what might they say?”

If you’re into global travel, romance, life lessons, the do’s and don’ts of an intimate relationship, how to manage your in-laws, how to finesse your outlaws, how to raise rootless, bi-lingual, ‘third culture’ kids, then snuggle up with ‘Loving an Alien’.
In a remarkably candid series of Q&A’s with twenty-seven women of different nationalities, Angela reveals what makes a mixed marriage tick … and how to keep the love clock running. For example.

“My college friends thought I was stupid, crazy, and throwing away a bright future.” Jennifer
“Some girls think marrying an expat is the road to riches, but that’s not true.” Sumi
“I never thought I’d be with an African, someone so different, from this tiny village.” Sophie
“It wasn’t like I came to Sri Lanka to marry a Sri Lankan. It just happened.” Jessica
“Marrying into a different culture means you are not trapped by your own, which is how I felt.” Wang

Angela Nicoara doesn’t just spill the beans, she gets the recipe. It’s not memoir. It’s not fiction. It’s love, visas and all. Long-distance. Long term. Join Angela on a journey to the heart of it! 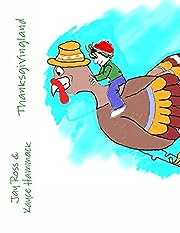 Thanksgivingland tells the story of a ten-year-old boy who learns the meaning of Thanksgiving from a magic turkey. 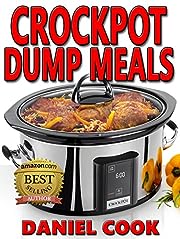 In this dump dinners cookbook you will find lots of recipes to prepare food in the most delicious and easiest way possible – crockpot dump meals.

Yes, it’s as easy as it sounds. All you have to do is to dump all the ingredients into crockpot and after a few hours enjoy delicious meals. This cookbook will offer you a huge collection of mouth-watering dump recipes to choose from, and unlike many cookbooks out there it’s well formatted and easy to follow. It’s specifically designed for busy people to make it easy to prepare top recipes in much less time.

In this book you will learn the following awesome crockpot dump meals: 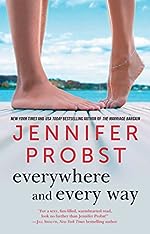 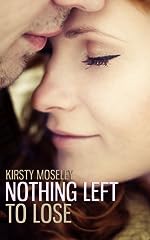 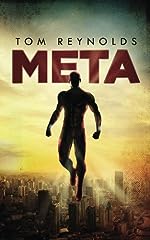 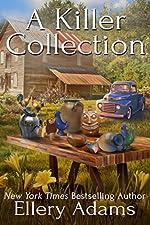 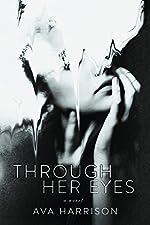 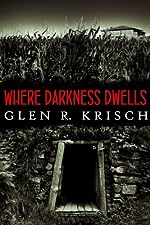 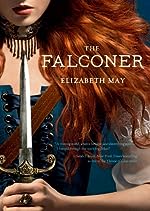 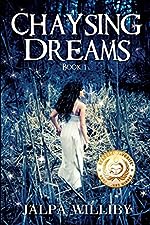 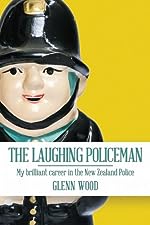 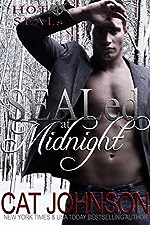 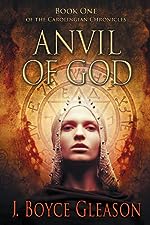 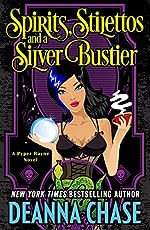