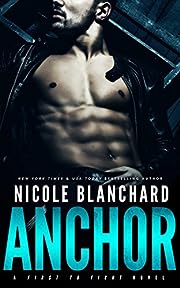 I’ll do anything to save her.

A woman I’ve never met, whose name I don’t even know, gambled her own life to protect my child. In return, she was taken by a mad man.

I’ll put my career, my security, and my life on the line to get her back, even if it means facing the truth about my own mistakes.

The only thing she can’t trust me with…is her heart. 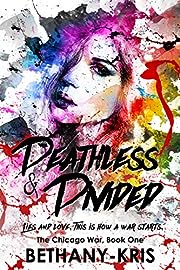 Lies and love. This is how a war starts.

A life for a life. That’s the mafia way. Damian Rossi owes his life to a man who is ready to collect. That payment comes in the form of an arranged marriage to the daughter of another leading family in the Chicago Outfit. He’s ready to follow through, even if that means making sure Lily knows she’s his.

Lily DeLuca isn’t being given a choice. Forced home to marry a man she doesn’t know and back into a life she’d rather forget, her world is full of half-truths, buried pain, and uncertainty. But Damian is nothing like she expects. His motives aren’t clear. Her beliefs are being tested.

When it comes to this world, no man can be trusted. Someone is ready to flip the Chicago Outfit on its side all for the promise of something better. But no one runs a clean game and these men play for keeps. When blood begins to paint Chicago red, four families will be divided by loyalty, hatred, and revenge. There is no hiding. There is no safety.

No one is deathless. 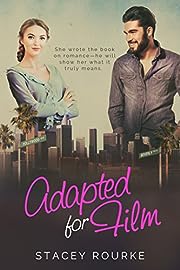 Aubrey Evans is living every author’s dream; her sizzling romance novel is being turned into a blockbuster film. She would be celebrating this momentous event, if she wasn’t busy fighting over every tiny production detail with the maddeningly cavalier director, Kole Camden. When news of their heated rivalry hits the gossip columns, drastic measures must be taken to save their sinking project. In an elaborate PR hoax, she is publicly linked to Greyson Meyers, the swoon-worthy star of her movie. A whirl-wind love affair is staged for the couple to mirror the steamy chapters of her own books. Can the introverted author resist the charms of Hollywood’s sexiest leading man? Or will love find her in the City of Angels? 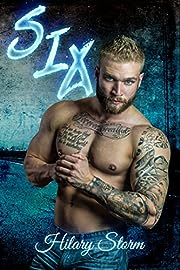 Blade Montgomery takes shit from no one. He’s a leader. He’s a fighter. He’s the President of an MC. His nature to take care of others precedes his will to do anything for himself. He’s a protector. He’s a no nonsense kind of guy with the sexual appetite of a beast.

Tori Douglas is an independent woman who doesn’t need a man. She finally has her life on track to move forward and the last thing she needs is a bad guy to mess it up. She’s sassy. She’s sexy. She’s strong and she’ll have the men begging to have a chance with her, but none of them will.

He’s determined. He’s stubborn and she’s just as bad. What happens when these two meet? Will he tolerate her feistiness? Or will he have her out on her ass to prove a point? She’s his sister’s best friend and he refuses to mix family with the club life, but they have a connection much deeper than either of them can fight. Life is crazy and life is short, so how will these two make it through the challenges that explode around them? 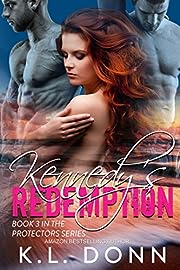 Kennedy Maxwell is running from demons haunting her soul. Left to fight alone, she’s soon lost to the monsters in her head.

Fighting. Searching. They won’t back down.

Twins; Creedence and Lincoln Black have finally found the one thing they’ve been searching for, only to lose her in the blink of an eye.

When they find her again will she be as lost and alone as before?

Or can they help her find her redemption?

In Love With A Boss 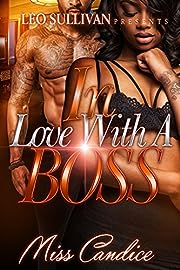 Blake Wilkinson is a young lady living in Detroit MI, with a bad case of the side chick blues. For two years, she’s slept with another woman’s man, wishing she was the one sitting lovely in a mansion, driving the fancy cars, and wearing the lavish clothing. Sadly, she wasn’t as fortunate.

Neef DeLeon is every bit of a boss. The power behind his name alone paralyzes people with fear. Everyone except for Blake, whose stomach fills with butterflies every time he’s mentioned. Unfortunately, the loyalty she has to the man in her life stands in the way of her following what her heart truly desires, making it difficult for her to respond to Neef’s advances. But, ‘Big Neef’ is a go-getter, by any means necessary. When he sees something, or someone he wants, he gets it, no matter what obstacles may stand in his way. When it comes to the plus size beauty, Blake, that obstacle ends up being another woman’s man.

Ramone “Mone” Brown has an image to uphold, and if you asked him, to be seen even associating with a woman like Blake was a bad look. Still, that didn’t stop him from creeping up into her room while the rest of the world slept. Or while his fiancé, Chelsea, slept at least.

Unbeknownst to Mone, someone else captivates the heart of his beloved side chick, Blake, and there is nothing he can do about it. He doesn’t stand a chance against the smooth talking, well educated, charming, and let’s not forget, handsome Neef DeLeon.

Will Blake miss out on true love, chasing a man who is obviously for everybody? Or will she finally be able to see what Neef saw in her all along?

There’s no doubt about it, Neef wants Blake, but how long is he willing to wait for her to see what he sees in her? Time is ticking, and he’s in search of a queen. When it’s all said and done, will the lucky woman be Blake? 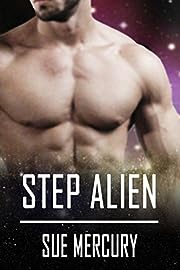 Kira is shocked when Alex shows up on her doorstep after he’s been missing for six years. She’s thankful her stepbrother is alive, but with his arrival her entire life changes in a matter of hours. Alex confesses he isn’t exactly human, he’s part of a royal alien family, and he’s spent his missing years on his home world completing his final growth cycles and learning about his people.

At over seven feet tall and with muscles like a gladiator, Prince Alex looks like a deadly weapon. But she soon realizes he’s still the same Alex she’s always secretly loved, and when he confesses his feelings for her it seems too good to be true. Then his royal highness drops the ultimate bombshell: his Reestrian mating urge is almost upon him and it’s her he aches to claim, but they must leave for Reestria soon.

Problems arise when the American president announces the existence of Alex’s species months before schedule, and in the mass panic all Reestrians must evacuate Earth until humans calm the freak down. Alex arrives on his home world with Kira, and it’s all he can do to keep from ripping her clothes off before they reach the privacy of his chambers. But then she goes missing. With the full force of his mating urge upon him, all will be lost if he doesn’t find Kira soon and claim the feisty little human as his.

New Recruit (Up in Flames Book 1) 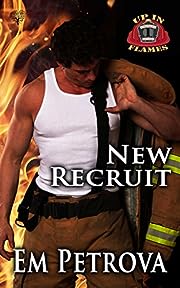 When East Street Firehouse’s new recruit Jagger wanders up to the bar at the local firefighters haunt, he finds a half-naked woman pouring rum on herself. He can’t resist doing a body shot—or six—and a fiery night leads to a morning filled with questions. Like who is she and where can he find her again?

Following a bad breakup, Hanna works hard to keep men at arms’ length, but she can’t get Jagger out of her head. Showing up at firehouse’s building repairs fundraiser definitely isn’t a good idea. Neither is winning his services, which happens to be a day of yard work. Or maybe she’s made the right decision after all—she does have a bush to be trimmed.

Two nights with Hanna leads to more, and he’s distracted enough to make a critical error in judgment on a five-alarm blaze. He walks right past the arsonist, believing the man a victim. Throwing himself into finding the criminal means Hanna is back to feeling neglected and unimportant in the only relationship she’s taken a chance on forever.

As more and more arson fires pop up over the city, Jagger has no choice but to fight them. Which leaves Hanna worried for his safety and wondering why she took a chance on a fireman of all people. But he can’t ignore the blazing inferno of lust raging out of control between him and Hanna either. Can he strike a match of understanding in her before she runs out of his life, or will his superhero ways sever his chances forever? 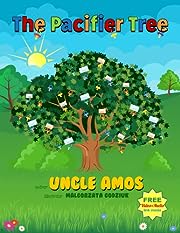 Would you like that the removal of the pacifier will not be a traumatic event for your child?

Johnny does not want to give up his pacifier – ever! Mom is at wit’s end.But will Johnny’s mind change when he learns about the magical Pacifier Tree?Mom and Johnny will learn an important lesson about priorities and growing up in this playful pacifier tale.A great story for parents to read with kids struggling to give up their pacifiers! 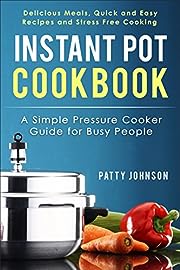 Enjoy Hot, Hearty, and Easy-to-Make Meals at Home!
Wouldn’t you love to come home after a busy day to the tempting aromas of a home-cooked meal?If so, you simply must read Instant Pot Cookbook: A Simple Pressure Cooker Guide for Busy People – Delicious Meals, Quick and Easy Recipes & Stress Free Cooking. This essential guide includes a vast array of electric pressure cooker recipes for Breakfasts, Soups, Main Dishes, and Desserts. Whether you prefer Chicken, Beef, Pork, Lamb, Seafood, or Vegetables, this book has the recipes you’ve been looking for!Try these craveable breakfasts right away!

You’ll be amazed at the richness and variety of these recipes! 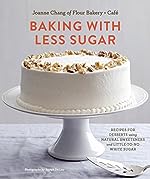 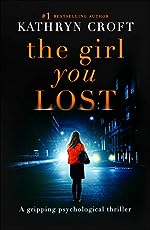 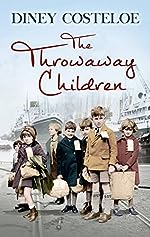 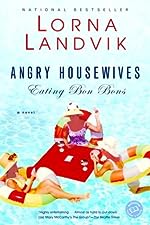 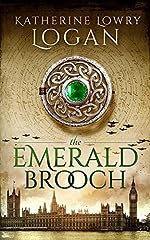 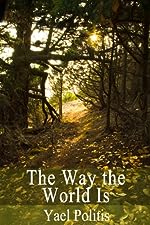 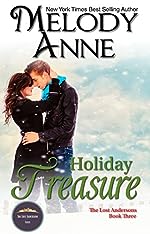 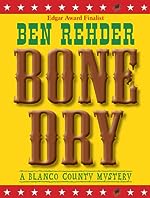 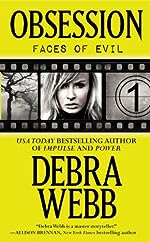 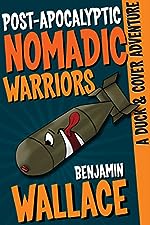 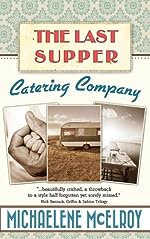 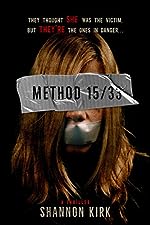 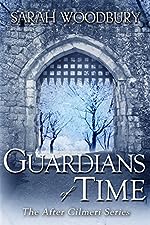 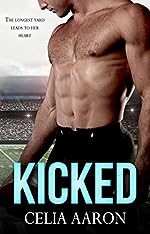 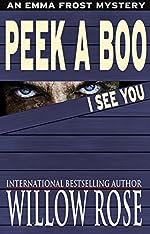 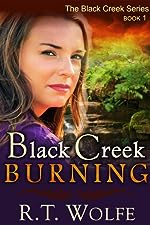 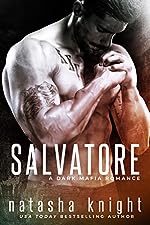 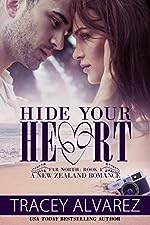 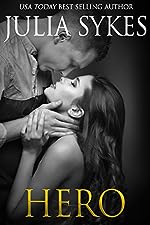 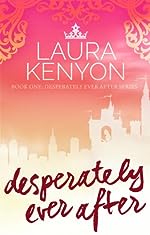