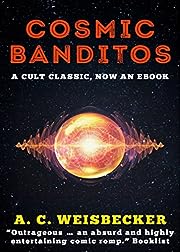 Cosmic banditos: a contrabandista’s quest for the meaning of life.

Mr. Quark is a down-on-his-luck pot smuggler hiding out in the mountains of Colombia with his dog, High Pockets, and a small band of banditos led by the irascible but intensely loyal José.

Only months before, these three and their fearless associates were rolling in millions in cash and high-grade marijuana, eluding prosecution on “ridiculously false” drug and terrorism charges. But times have quickly grown lean, and to liven up their exile, José decides to mug a family of American tourists.

Among the spoils are physics texts, belonging to a Professor who works at the University of California and postcards written by his daughter Tina.

Mr Quark starts to read about Quantum Theory and Time Travel whilst forming a unique perspective on Tina’s love life. He sets off on a wide-ranging quest, trying to track her down by any means possible.

What follows is a sidesplitting, boisterous adventure north to California, involving Operation Looney Tune, destiny, friendship and a pilot named Flash who insists on flying at low altitude.

When Quark miraculously arrives in California he confronts the owner of the books with his own theories on relativity, the nature of the universe, and looking for the meaning of life in all the wrong places… 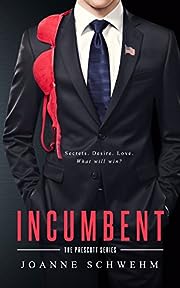 Secrets and lies have been the foundation of Lucy Washburn’s life. We’re taught to learn from our past, and she’s definitely learned from hers. Now that she knows what not to do and whom not to trust, her life is finally coming together, just as she hoped.

Until she meets him.

Drake Prescott was that kid; you know the type. Both an athlete and a scholar, he was determined to achieve his goals and dreams, the most important being elected president of the United States. There isn’t anything he desires more than to hear “Hail to the Chief” played in his honor. Now an incumbent U.S. senator seeking reelection and paving his road to the White House, he’s living his dreams.

Until he meets her. 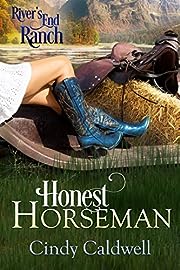 Wyatt Weston never understood why Belinda Archer disappeared, just as he was set to offer her his heart and a life at River’s End Ranch, the place they’d both loved and protected.

And now she’s back as a Fish and Game warden, assigned to help him find the poachers that have made their destructive presence known on Ranch property.

Will they be able to admit their mistakes and find a new way forward? Or will the same reason Belinda ended things before get in the way this time, too?

Discover River’s End Ranch, a gorgeous “destination” ranch and resort in Riston, Idaho, that is run by the six Weston siblings and their well-meaning, semi-retired parents.

The Glitch (The Glitches Series Book 1) 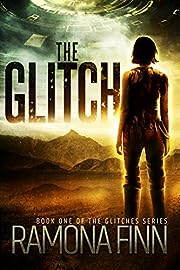 On the brink of extinction,being human means more than just surviving.

In Lib’s world, it’s dangerousto deviate from the norm. In fact, for someone who doesn’t live up to theArtificial Intelligence’s standards, it’s practically a death sentence. Liblearns this the hard way when she wakes up in a barren wasteland, with hermemories erased, and only one thought lodged in her mind:
“It’s all my fault.”
Lib is a Glitch–an imperfecthuman component of the utopian world called the Norm. Now she’s thrown out, Libwill be forced to team up with another Glitch, Raj, and the mysterious RogueWolf and his clan to survive. Wolf only cares about the survival of his group,but Raj thinks they can hack the A.I. and change the Norm for the better.
Now, Lib will have to decidewhich path to choose–whether to go with striking loner Raj or stay with Wolfand his tight-knit group. Her heart is drawn to both, but she’s carrying adeadly secret that could jeopardize them all. Will she be able to save hernewfound family and stop the A.I. before it’s too late? 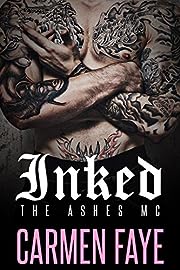 I’m not your f***ing Prince Charming
.
Alex
I live and die for my club, and I bury anyone who gets in my way.

Nothing else matters. Not until Krishna.
Innocent and pure, with eyes begging for a savior.

A good girl trapped with a gang of ex-convicts.

One look and I know what I want, what I NEED:

To corrupt her.
To defile her.
To make her MINE. and make her scream for more.

Krishna
He’s a devil—a demon covered in scars, muscle, and tattoos.
A devil that took me, claimed me, and used me for his pleasure until I was screaming his name.

A splash of ink, a tattoo, and now Alex Gordon thinks he owns me.

I should run.
I should get out while I can.

But each time he touches me.
Each time his gravelly voice rumbles in my ear…

Not until there’s nothing of the old me left.
Not until he’s made me HIS

1. TO KILL A WARLOCK:
Dulcie O’Neil is a fairy. And not the type to frolic in gardens. She’s a Regulator—a law-enforcement agent who monitors the creatures of the Netherworld to keep them from wreaking havoc in the mortal world. When a warlock is murdered and Dulcie was the last person to see him alive, she must uncover the truth before she’s either deported back to the Netherworld, or she becomes the next victim. Enter Knight Vander, a sinfully attractive investigator sent from the Netherworld to work the case with Dulcie. Between battling her attraction to her self-appointed partner, keeping a sadomasochistic demon in check, and fending off the advances of a sexy and powerful vampire, Dulcie’s got her hands full. As the body count increases, Dulcie finds herself battling dark magic, reconnoitering in S&M clubs and suffering the greatest of all betrayals.

2. A TALE OF TWO GOBLINS:
When Knight Vander approaches Dulcie with a case regarding comatose victims, she agrees to help him, imagining the most difficult part will be combatting her attraction to him.But, what Dulcie isn’t betting on is the fact that the case becomes personal when she learns all the victims are somehow linked to her.When her best friend falls victim to the Dreamstalker, Dulcie must do everything in her power to ensure her friend’s survival, including associating with criminals and accepting the fact that desperate times do definitely call for desperate measures.

3. GREAT HEXPECTATIONS:
Dulcie knows she’s at fault for failing to arrest a wanted criminal but when her partner gets pinned for the crime, she’ll stop at nothing to ensure his innocence.What Dulcie isn’t planning on is a trip to the infamous Netherworld where chaos rules. Between battling the affections of a mysterious vampire, protecting herself from monsters and ensuring the innocence of the one man who would die for her, Dulcie’s trip to the Netherworld isn’t sunshine and strawberry daiquiris.

4. WUTHERING FRIGHTS:
Dulcie has just discovered that her father is the Head of the Netherworld, and a double-dealing, illegal potions importer. Worse yet, she’s now working for him. Knight Vander is on to her father, but, in the process, will he discover Dulcie’s secret? And if he does, will it mean his life?

5. MALICE IN WONDERLAND:
Dulcie has to face the fact that her father, the Head of the Netherworld, is also Public Enemy Number One. In joining a group of rebels who would see her father dethroned, Dulcie will realize just what it means to go against her own blood. Throw in her tattered relationship with Knight Vander and the shock of a lifetime and Dulcie’s life just went from bad to worse.

6. FOR WHOM THE SPELL TOLLS:
Forced into declaring war against the Netherworld and her father, Dulcie will find herself fighting for everything she believes in. In the process, she’ll have to decide whether or not to trust a centuries old vampire, a decision which literally will mean life or death.

7. A MIDSUMMER NIGHT’S SCREAM:
Dulcie finds her life pretty boring at the moment. Her hunky boyfriend and boss, Knight Vander, is busy setting up the new world order in the Netherworld and hasn’t been around much. Consequently, Dulcie is put in charge of Headquarters for the ANC. Unfortunately for her, she doesn’t have a whole lot to keep occupied.That is, until Jax Rochefort storms into Headquarters and her life. Jax, who’s a member of one of the most infamous illegal potions rings, ups and turns himself in with little to no explanation. Dulcie takes it upon herself to to solve the riddle of Jax Rochefort, all the while trying to dodge his obvious advances. Dulcie learns that the new Netherworld government is threatened by the the potions cartels, who wish to see their own in power. 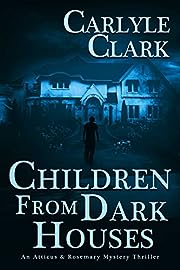 Irreverent private investigator Atticus Wynn and his idealistic partner Rosemary Sanchez will stop at nothing in their race to save a vulnerable boy, even when it means taking on a pair of professional killers and a gang of outlaw bikers in this first novel in the Atticus & Rosemary Mystery Thriller Series.

Warning:Criminals in this novel are sometimes profane and/or prejudiced.

When Atticus and Rosemary are hired for the seemingly routine job of finding Imran Khan, a runaway from San Diego’s posh Barrington Academy for troubled teens, the detectives quickly discover this case will be anything but routine.

Imran wasn’t running away from the rigid rules of Barrington, he was running into the arms of an enigmatic beauty who goes to great lengths to stay in the shadows. As soon as Atticus and Rosemary learn of this mystery woman, they’re targeted by a brutal outlaw biker gang.

When the detectives finally meet their employers in person, Imran’s parents,the pieces fall into place. They discover a family seething with rage, an abused boy seeking love, and a secret so powerful it shines a light on the dark world of dirty money, deadly spies, and double-crosses.

The detectives will need all of Atticus’s street smarts and Rosemary’s combat experience to survive as they race down a road of blood and broken people toward a showdown where the very boy they’ve sworn to save could be the biggest danger of all. 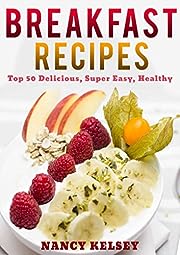 You no longer need to spend a lot of money eating in restaurants to enjoy the exquisite flavors of the world’s most desirable 3 Steps Or Less Breakfast Recipes dishes! The recipes included in this book are very easy to follow and fun to prepare so you will not have any reason not to get started with them right away!

Most 3 Steps Or Less Breakfast Recipes are easy to cook, especially the common ones. They may look overwhelming to prepare due to their presentation but they are quite simple. Imagine the look on your friends and family when you cook these mouth-watering recipes for them again and again! Most of these dishes are not only filling, but decadently tasty and healthy too. 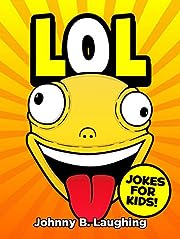 Funny and Hilarious Jokes and Riddles for KidsAlso available in PAPERBACK and AUDIOBOOK formatJohnny B. Laughing provides children with lots of fun and laughter with his hilarious and silly jokes. Young readers will have a blast sharing this awesome collection of jokes and riddles with their friends and family! This children’s joke book will have youngsters rolling on the floor with laughter and is sure to be a great gift idea for any child. Inside you will find silly and corny jokes, riddles, wordplay, and humor. Also included are some fun mazes for an added bonus!Makes a wonderful birthday gift or holiday gift for kids and joke lovers! 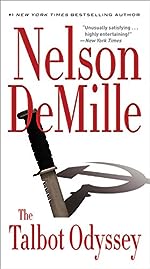 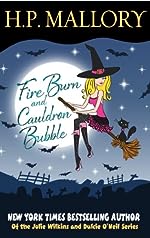 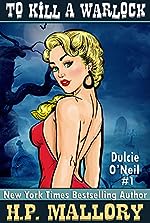 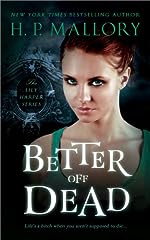 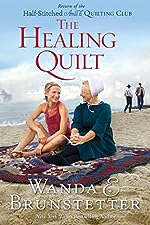 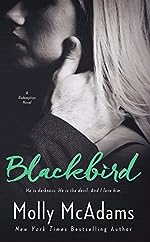 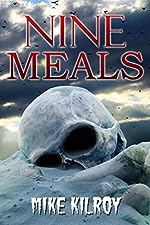