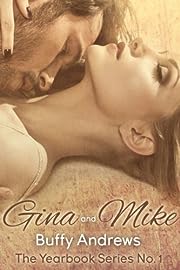 She’s looking forward to the prom, then graduation and senior week at the shore. The only thing she isn’t looking forward to is the start of college, because it means she won’t be near Mike. They are attending schools on opposite sides of the state.

But Gina’s normal teen life ends after a tragic incident that leaves her broken. Coach Smith threatens to destroy Mike’s promising baseball career if Gina tells anyone. To protect Mike, Gina keeps quiet and eventually, unable to deal with the effects of what happened, breaks up with Mike.

They reconnect at their 20th high school reunion where the past catches up with them and Mike learns the truth about what happened 20 years ago. 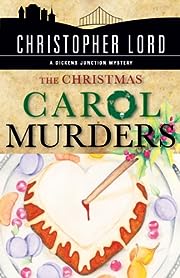 It’s the holiday season in Dickens Junction, Oregon. Local bookstore owner Simon Alastair is getting ready for the community’s annual celebration of Charles Dickens’s well-known story. But when a mysterious stranger shows up in the Junction and is murdered hours later, Simon begins to suspect that his little community has been targeted for destruction by a shadowy organization. With the support of Zach, a dashing young magazine reporter, Simon decides to investigate the crime himself. When a second murder follows, Simon must confront the worst questions of all: which of his friends and business associates is a ruthless murderer? And why is everyone suddenly reading Ayn Rand?

The Christmas Carol Murders is the first of an exciting new cozy mystery series combining the atmosphere of a classic Agatha Christie puzzle, the deft touch of Charlotte MacLeod, a hint of Oscar Wilde’s humor, and the literary spirit of the great Charles Dickens. 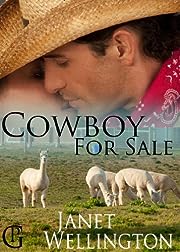 All I need is one cowboy for one night.
Salon manager Lacey Murdock has to find a handsome single cowboy fast–one willing to be auctioned off…for charity, of course! So, what’s a girl to do but go boot-scootin’ and cowboy huntin’ at San Diego’s most popular country music club. There she runs smack into Jared Dillon. Tall, dark, and definitely handsome, Jared is the kind of man any woman would want to date–and he’s perfect for the bachelor auction. Too bad he’s married…

Single dad Jared loves his young daughter more than anything, and has worked hard to create an idyllic life on his alpaca ranch, just the two of them. The last thing he needs is to get involved with another single-minded career woman used to the big city lights instead of star-filled skies. Pretty Lacey’s the kind of woman who is off limits for more reasons than he can count. But why can’t he stop thinking about her? Nope. She’s just not for him…

When one of the bachelor cowboys is a no-show at the charity auction, Jared steps in at the last minute and gallantly saves the day. One thing leads to another and Lacey and Jared are off on a romantic Dream Date Weekend at a mountain getaway designed for cozy evenings by the fire and luxurious nights in a four-poster bed.

Trouble is, Lacey’s not looking for a man, let alone a much-too-hot cowboy. Her career is right on track and she’s finally bouncing back from a bad breakup. No matter how he makes her feel, Jared definitely doesn’t fit her logical list of “must haves.” There’s sizzling chemistry, for sure, but she’s vowed she’ll never fall for another single father again. Losing at love is one thing, but losing the love of a child…that’s quite another…and a heartbreak she won’t go through again.

But….add together: champagne, a hot tub, a dangerous game of twenty-questions, a romantic fire and two lonely hearts…and the delicious trouble begins. Jared knows falling for Lacey isn’t the right thing for him or his little girl…but how’s a cowboy supposed to resist? 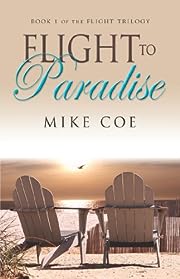 Eighteen year old Keri Hart’s life was turned upside down when her Southern high society mother insisted, “Now Sugah, I think it would be best if you ended it with Ryan Mitchell…” only days before his leaving Atlanta to attend the United States Naval Academy.

Fast-forward nine years, Keri is a Miami-based flight attendant; Ryan is a Navy fighter pilot based near San Diego and soon to be airline pilot. In hopes of reviving a love once lost, Ryan writes to Keri. Before the letter is posted, Rex Dean, Ryan’s laid-back, self-absorbed roommate, intercepts and alters the letter—the beginning of a deviously concocted plan that blindsides the hometown hopefuls, thrusting them into rebound relationships.

With Ryan’s marriage a train wreck and Keri engaged—her wedding only weeks away—fate arranges a coincidental New York layover. A morning stroll through Central Park awakens their undeniable love for each other, forcing them to question everything they thought they knew.

One Night In Reno (A One Night Novella) 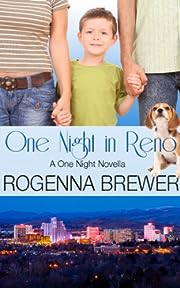 Life is full of unexpected turns…

When Jenny Albright’s gas tank runs as dry as her luck in the Nevada desert, Navy SEAL Garrett “Itch” Erickson swoops in to rescue her, her young son and their beagle pup. Although the stranded single mom is reluctant to accept help from a stranger, befriending the Good Samaritan SEAL might be the best decision Jenny’s made in the past seventy-two hours.

Whether Jenny is a victim of circumstance or a woman on the run, Garrett sees his past in her son’s future and it doesn’t look good. But does his offer to marry Jenny—until she lands on her feet—come from a sense of duty or the need to be rescued himself? 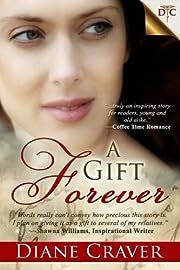 Justin Reeves is a man who has it all: a good job, a loving wife and children who are the center of his universe. Justin also has a secret he’s hidden from everyone his entire life. Quite innocently seven-year-old Debby, stumbles upon her father’s secret on a summer night in 1957. She confronts her father with the awful truth. Justin is touched by her concern and offer of help.

When nothing is done by any of the adults in the family, Debby prays to Jesus for someone to help her father. Not only is her eloquent prayer instrumental in changing her father’s life, but it starts a chain reaction in each family member’s life. The older sister, Gail, is in love with a man Debby doesn’t like. Her middle sister, Kathy, who wanted to be a dancer, struggles with the physical infirmity that has crippled her every bit as much as their father’s once-secret flaw limits him. Debby’s brother, Carl, worries about the future because of his commitment to the army. Even their mother, Lucille Reeves, although devoted to her husband and children, now hopes to broaden her personal horizons. Justin, his wife and children all are blessed by positive life changes because of Debby’s prayer.

Father and daughter together embark upon a journey which takes Justin from the darkness of shame into the light of victory. When he finally accomplishes what he wanted his whole life, Justin reaches out to his family in a special way on Christmas Day. His gift to his wife, daughters and son influences them all for a lifetime.

The Pleasure of Pain 2 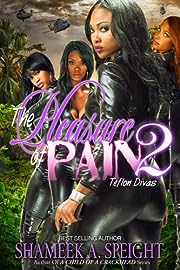 Pleasure of pain 2 returns with more action and bloodshed than ever with more drama, secrets and lies are all at the forefront. With the F.B.I and the Santiago drug family along with the Asia mafia on their backs, Tess, Iris and Vanessa along with new comer Layla have no choice but to head over sea’s and do what they do best. With new hidden identities they reinvent themselves and become known under the new alias as the Teflon Divas, becoming the world’s most deadly assassins. Walk with Tess as she try to cope with the loss of her true love Bless while seeking undying answers to the killer behind it all or will her loyalty to the only people she trust blind her from seeking the truth that she needs to be a peace with it all? With ulterior motives hidden for over five years and undying infatuation with Tess, Will Iris jealous and over possessiveness cause her to snap and reveal her true colors as to who she really is? Find out as loyalties and friendships are tested, hearts are broken and a twist that will shock the world in this highly anticipated sequel. 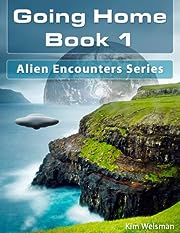 Lyrissa is a woman on a mission with a haunted past. Peggy is a woman in a new world on a quest. The Agency and the Guard both want Peggy. Will Lyrissa help the Queen and the Guard for a healthy sum or will she find the courage to let Peggy leave so they can both go home?

Going Home is Book One in the Alien Encounters Series, a new adult supernatural fantasy set in a dystopian future for all ages, but recommended for those over 16. Go on a psychic inner and outer journey with Lyrissa and find out if she goes home! 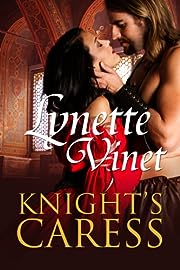 She was his sworn enemy…
Though the conquering Normans had taken his keep and his lands, Tedric of Woodrose swore he would wreak vengeance on those who had killed his father and kidnapped his sister. And he knew just the way. He would take his own captive — Amberlie de Fontaine, the brown-eyed Norman beauty who was now lady of his former keep. And once he had stolen her away, he would not scruple over stealing a fiery kiss or two from this dark and enchanting hostage…

He was her only desire…
Amberlie knew she should despise Tedric of Woodrose. After all, he had kidnapped her, and worse, it was almost certainly Tedric who had killed her husband in one of his many attempts to regain his land. But the tall, blond Saxon warrior was not the savage she had expected. And try as she might, it was not hate but passion she felt in his presence; passion that stirred her as never before. He had taken her by force, but she would give herself freely to the sweet ecstasy of his tempestuous embrace…

Through a Mother’s Eyes 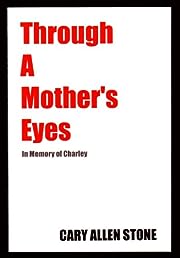 Filicide is the parental murder of a child. You will learn why Julie took the life of her six-year-old son Charley, and about the warning signs and alternatives available to anyone contemplating such an unspeakable act.

A wonderful fairy tale about friendship and happiness:

On her adventure Sophia learns about feelings. She also learns that she can choose what mood she surrounds herself with, as this will impact her own.
After her return to the castle she realizes that all she needs to be happy is to be surrounded by good friends. 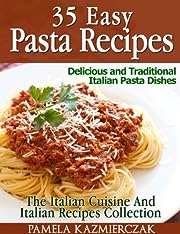 If you want to learn more about cooking pasta recipes and find new recipes for delicious Italian Meals this might be the cookbook for you!

This book is all about Italian Pasta Dishes. There are 35 different Italian pasta recipes to choose from in this edition, I am sure you will find something you enjoy!

The type of slow cooker recipes you will find inside 35 Easy Pasta Recipes – Delicious and Traditional Italian Pasta Dishes include basics like spaghetti and lasagna and more creative Italian dinner recipes as well. 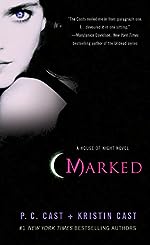 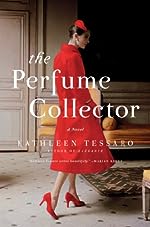 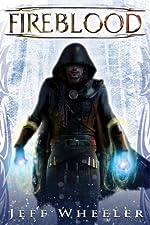 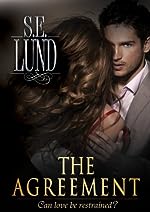 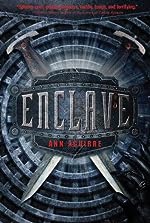 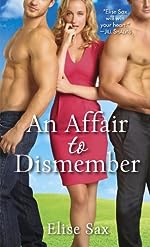 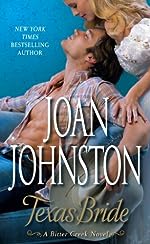 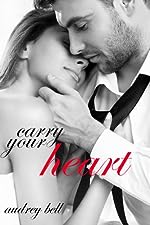