It Took A Rumor 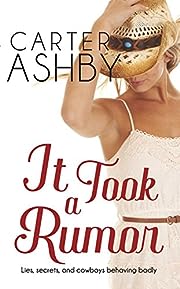 Thanks to a flamboyant, small-town gossip blogger, Ivy Turner’s lily-white reputation has just been unceremoniously muddied. Rumor has it Ivy has succumbed to temptation and slept with one of the Deathridge brothers. Sources can’t confirm which of the four, sexy cowboys she’s taken up with, but everyone in town is weighing in.

Ivy would gladly step forward and defend her good name, except that the rumor happens to be true. Perplexed that her little indiscretion has somehow made it into the public eye, Ivy sets out to find the rumor’s source. In the process, she becomes the unwitting keeper of all the Deathridge brothers’ rather formidable secrets.

Now, not only does she have to keep taking hits to her reputation to protect the brothers, but all these secrets and lies are keeping her from exploring her burgeoning feelings for one of them. But if Jake, Cody, Dallas, and Boone think that Ivy’s patience is limitless, they’re in for a shock. Because when Ivy breaks, she’s taking everyone down with her. 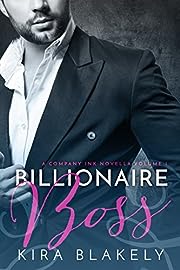 Is it wrong to dip in the company Ink?

Confident, likable, yet sometimes a di*k – a few words that describe Dawson James. He could blame his foster system upbringing for some of it. This same upbringing also drove him to be a successful tycoon where crushing people in business has become second nature.

Alexa Ryan, however, had been raised in a small town by loving parents. She’s off to find her destiny, but her rural past is hindering her job prospects.

When Alexa is finally offered a job as a temp at Dawson’s company, these two opposites connect and desire and passion ignite. Alexa is determined to fight off his cocky charms and keep things professional.

But, as they come to know each other, her barriers start to come down. Is there more to this guy than his playboy persona?

DEAD IN BED By Bailey Simms: The Complete First Book 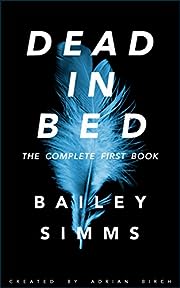 When a sexually-transmitted plague breaks out in Ashley Young’s small town, leaving its victims with a bizarrely amplified libido, everything about her life changes. DEAD IN BED is partly a suspense thriller with a strikingly original story, partly a page-turning mystery about a disease that makes people hopelessly crave sexual contact, and partly a neo-western adventure in the American heartland. For anyone who can handle a smart, controversial female protagonist who’s willing to do anything—no matter how difficult or morally questionable—in order to survive, the series pulls readers in like an unshakeable addiction.

…Bailey Simms, teen author of DEAD IN BED, is stuck at home with a rare medical condition. Writing is her only escape, so she’s determined to keep her salacious series hidden from her strict father. Soon an older boy starts to secretly help her, and Bailey finds new opportunities for freedom she’s never had. But as DEAD IN BED grows in popularity, and Bailey’s fans start to clamor for the sequel, she learns that being a successful Wattpad author may come with a terrifyingly dangerous price. 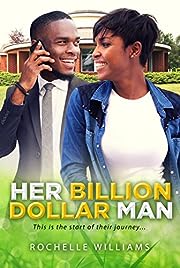 Debra was the product of a broken home.

An absent father and a mother who overdosed on drugs when she was eight, group homes was all she knew.

Derek Mitchell had risen to stardom by sheer determination through his talent as a singer and song writer.

Now a worldwide star with a billion dollar empire, the world is his oyster.

But when he meets Debra through his younger brother, he knows he’s just found the woman he needs to complete his life.

But will she feel the same?

The Lullaby Illusion: A Journey of Awakening (Journeys Book 1) 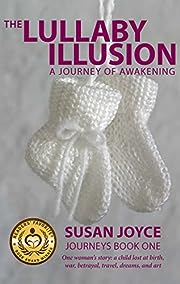 One woman’s story: a child lost at birth, war, betrayal, travel, dreams, and art
In a hospital in a foreign land, a young American woman gives birth. Her son, one hope of saving her troubled marriage to a mysterious man, is born dead. Soon after, while she still grieves, Susan’s island paradise in Cyprus collapses into a war zone, and she finds herself trapped in fierce fighting between defending Greek and Turkish forces. Evacuated by the British Navy, she starts putting pieces back together in England. Then she learns that her husband had something to do with the war. And in lucid dreams, she sees that he is also cheating on her. She confronts him, and he responds with a too-professional chokehold that threatens her life. Stunned, she finds herself penniless in the streets of Brussels. But friends, dreams, and creativity push her forward as she discovers that her “ticking clock” is not the need to produce a child, but her need to create a life that reflects her true expressive self.
This twelve-year memoir of profound personal transformation and friendships is a true page-turner. Again and again, you will ask yourself “what could possibly happen next?”

Twas The Night Before Christmas: Edited By Santa Claus for the Benefit of Children of the 21st Century 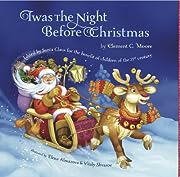 Gold Medal Winner 2012 Moonbeam Children’s Book Award Best Holiday Book. 1st place winner for the Global International Best Christian Children’s Book. This colorful and bright edition was created for young readers in mind. Attracting global media attention, The BBC, The View, The Colbert Report, New York Post, Huffington Post and many others for what the Kirkus Review calls a legitimate editing of the reference to the pipe and wreath of smoke for the first time in the history of this the most famous poem in the English language. This is the edition that is credited with having Santa stop smoking after 189 years and for taking a small bite out of history. The public health sector, parents, educators and grandparents have applauded and welcomed the addition of this child friendly edition. Winner of 4 IBPA 2013 Benjamin Franklin Awards, including first place best cover, Moonbeam Children’s Book Awards 2012 Gold Medal best holiday book, first place at the Global International Ebook Awards best Christian children’s title, gold place for the Mom’s Choice Awards in 2013. The edition is the first in the poem’s 190 history to present Santa Claus as smoke-less. This small yet significant edit captured international media attention including the New York Post, Associated Press, NBC Nightly News, The Colbert Report and The View. The debate over the edit went to the airwaves,including the BBC, and National Public Radio. 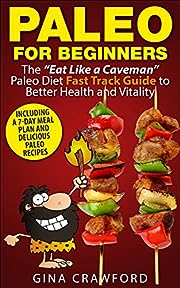 With Paleo for Beginners you’ll discover the best, most effective and healthiest way of eating on the planet!

Paleo for Beginners – A Paleo Diet Fast Track Guide to Weight Loss, Better Health, Vitality & a Paleo Lifestyle is a no-fluff, to-the-point quick read that is jam-packed with the necessary information you need to apply the Paleo diet to your life today.

In a concise, step-by-step way, Paleo for Beginners walks you through the process of transforming your health by adopting a Paleo lifestyle.

Paleo for Beginners teaches you: