The First Alpha (Wolves of the Five Tribes #1) 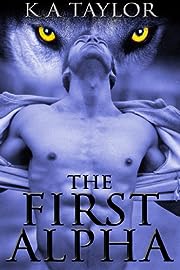 Adam has waited an eternity for his mate. After three thousand years of searching he’s almost given up hope that he’ll ever find her… almost convinced himself that God has forsaken him to a life of solitude.

Cassie is heartbroken. At just 23 the buxom, beautiful werewolf has found herself caught up in her mother’s Machiavellian power struggles, forced into an arranged marriage with Lucius, the cruel, violent alpha of the Ironclaw tribe. When the Long Night arrives Cassie will become his property, to do with as he pleases.

Imprisoned in Lucius’ summer home with Megan, a gutter-minded 400 year old teenager, and Rutherford, a senile housekeeper who can’t remember where he left his trousers, Cassie has almost resigned herself to her fate. She’d never dare go against her mother, and to reject Lucius would lead the weak Darkfangs into war with the mighty Ironclaws. Cassie knows she has no choice but to sacrifice her happiness for her tribe…

… And then she picks up a scent on the breeze, and everything changes.

The First Alpha is a tale of love against all odds; of betrayal, scheming and intrigue, and of two lost souls linked together across time.
Free as of 11/25/13 for Kindle. Click here to find out if this book is still FREE. 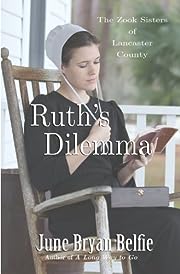 Life is complicated for Ruth Zook when her older sister, Emma, stakes her claim on Jeremiah Fisher, the man Ruth secretly loves. Ruth leaves her community to stay with an aunt in Philadelphia. Will she remain in the “English” world with all its conveniences and freedom, or will she return to her plain Amish life and settle for a marriage, perhaps one without love?

So Many Reasons Why (So many reasons, book 1) 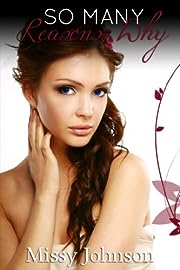 Twenty year old Emma hasn’t left the house since she was attacked as a child. Now, with the impending release of her attacker from prison, Emma knows it’s more important than ever for her to regain control of her life. From her unrelenting nightmares, to her strained relationships, to her crippling agoraphobia, Emma feels as though her life is spiralling out of control.

When her professor, Simon Anderson enters her life, Emma must deal with feelings she has never experienced before.

Though both she and Simon know their relationship is bordering on inappropriate, neither of them are able to ignore the intense chemistry that is quickly developing between them.

What was supposed to keep her mind off the attack has left her more confused than ever. When there are so many reasons why you shouldn’t be together, is simply being in love really enough? 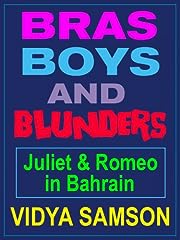 If you thought the Middle East was all about fatwas and burkhas, think again. Join the fun as Veena, a naive teen from India, bungles her way through adolescence on the island of Bahrain. Laugh out loud as she deals with the intricacies of stubborn bras, crazy parents, racist classmates, first love, and the No-No Club, an abstinence club that degenerates into the Yes-Yes Club.

If you’ve ever struggled with body image issues, ever wanted to be different from what you are, ever wanted a hot guy or girl you couldn’t have, or if you just want a good laugh, this novel is for you, whether you’re nine, ninety, or anywhere in between. 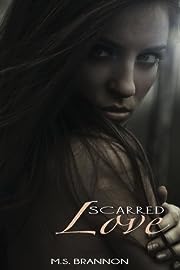 Darcie Claiborne spent several years of her young life living with a monster, always fearing what he would do next. Clasping onto her last ounce of hope, Darcie releases a scream. It’s her final attempt to live; to survive the villain of her reality. Sweeping her up in his arms, Darcie’s knight in shining armor rescues her from the hell she’s been living; from the stepfather she’s feared for all those years.

Reggie Evans has been forced to grow up before he’s ready when his mother dies of an overdose, leaving him responsible to raise his younger brothers. One fateful night, Reggie jogs by an old, run down house and discovers a young girl clinging to life as she screams for help.

Three years later, Darcie is healing and always protected by the man who saved her, but now she’s fighting with something she isn’t prepared to face. The growing love for the man who saved her life three years ago, the same man who’s nine years older. All the while, Reggie fights to protect Darcie from the demons of her past and new ones of her present.

The Keys To The Palace Of Bliss 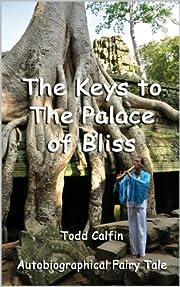 Welcome to the extraordinary world of Theo, a mystical forest dweller, whose wild antics and enchanting flute offer the reader the Keys to inner bliss. 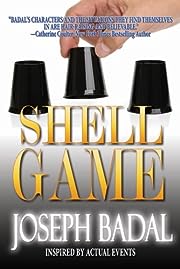 Shell Game is a 87,700-word suspense novel that uses the current economic environment as the backdrop for a timely, dramatic and realistic story about how a family and its business are put into jeopardy through heavy-handed, arbitrary rules set down by federal banking regulators, including the Federal Deposit Insurance Corporation (“FDIC”) and by the actions of a sociopath who is in league with a corrupt bank regulator.
In 1988, the Winter family suffers the loss of Frank Winter, a self-made man who leaves his family in financial difficulty due to his investments in commercial real estate. His investment partner, Gerald Folsom, takes advantage of the Winter family’s problems and acquires all of Frank Winter’s assets at a discount from his lenders. Winter’s wife, Katherine, and their two children, Edward and Carrie, move from their home in an upscale Philadelphia neighborhood to a small house in a tough, disadvantaged section of the city. Despite this setback, Katherine works to give her children the best life and the best education possible.
Edward ultimately earns his MBA and then serves in the U.S. Army in Iraq, where he is wounded and highly decorated. He returns to Philadelphia and goes into the fast food restaurant business with his mother and sister.
Two years after starting the business, Edward’s sister, Carrie, decides she needs something more challenging and enters the Army where she goes through Special Forces training and ultimately becomes an intelligence officer.
Edward expands his business to two dozen restaurants and is planning additional expansion when his bank informs him it will not only not finance his planned expansion but will not renew his current loan facility. When he attempts to refinance his loan at other banks, he discovers no bank is able to extend him credit due to restrictions placed on them by federal bank regulators. To make matters worse, his bank is taken over by the Federal Deposit Insurance Corporation and is immediately sold to his father’s old partner, Gerald Folsom. Folsom is in league with Donald Matson, a corrupt FDIC official who has been steering sweetheart deals to him for years. 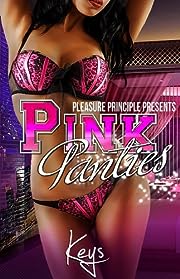 My granny once told me that I was sitting on a gold mine. She was right, even though I had no idea what she was talking about as a young’n. Later on, other babes in my neighborhood hit me with gems like “keep a nickel between ya legs.” To this day, I’m still trying to figure that one out. My name is Cherokee, but I’m known as Pinky thanks to some “brotherly love.” My journal is full of drama, problems, sex, and stories you’d have to read to believe. I have truly seen it all and left my past on my journal pages. The only thing left for me to do is share my story and let you be the judge…

An Idiot in Love (a laugh out loud romantic comedy) 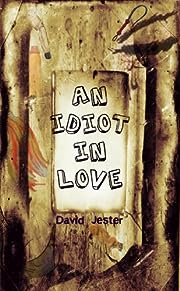 Kieran McCall has never been lucky in love. This socially awkward, intellectually impaired Romeo has had his fair share of relationships, but none of them have ended well.

There was the time behind the bike-sheds, his first time, when he kissed little Kerry Newsome, promptly vomited on her and then received an arse-kicking in the cloakroom. The time he found himself embroiled in an animal murdering plot after trying to acquire his first girlfriend. The ‘bulge’ incident in front of a naked class of showering classmates, and then there was the time he lost his virginity to an unenthusiastic sociopath in the supermarket stockroom; but these things were merely incidental in comparison to the others, because as bad as growing up was for this persistently unlucky idiot, adulthood was worse.

An Idiot in Love is a laugh-out-loud comedy written in an autobiographical style; a devilish rom-com with a myriad of twists and turns.

All Over You (Unforgettable You, Book 1.5) 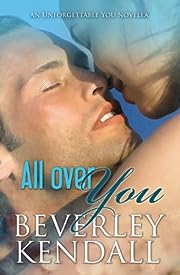 An ex is an ex for a reason

To Rebecca Winters, it’s not just a saying or the title to a catchy tune, it’s a rule she staunchly lives by. Especially since the break up with her ex. What’s the point in trying to fix the “unfixable”? Besides, only a girl hell-bent on more heartbreak would go back to the guy who bailed on her when she needed him most. But saying no to Scott is becoming more difficult than surviving the breakup itself. And unfortunately for her, the kind of pressure he’s exerting is making her rule all too easy to break.

Scott Carver has given up trying to get over his ex. He’s still in love with her and their year apart has done nothing to change that. Yeah, he knows he screwed up. Just how royally, he wasn’t aware of until now. So when Becca agrees to give him a second chance, he grabs on to it with both hands. But it’s clear the only way things will ever truly be right between them is if he comes clean…about everything. He can only pray the truth doesn’t send her running–for good this time. 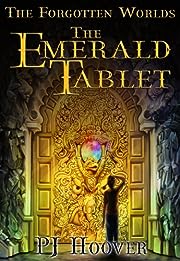 Benjamin and his best friend Andy love being different from the other kids. They like being able to read each other?s minds and use their telekinesis to play tricks. In fact, they are getting set to spend their entire summer doing just that when Benjamin 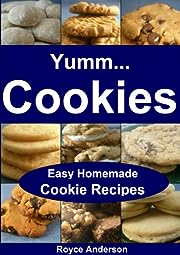 Our readers tell us their favorite things about this cookie book are:

Some of the recipes in Yumm…Cookies are: 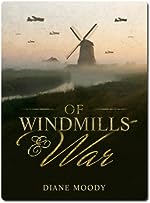 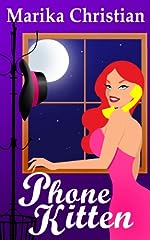 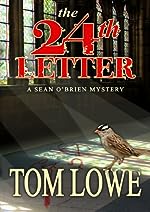 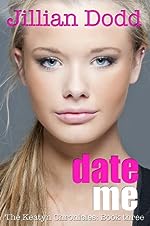 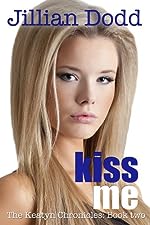 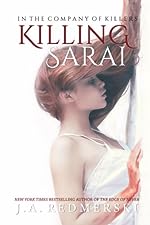 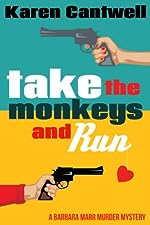 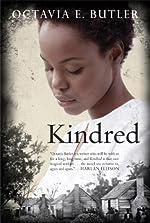 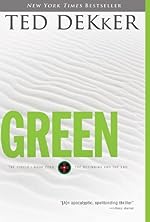 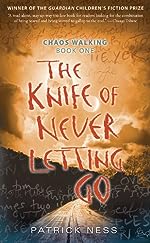 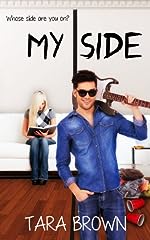 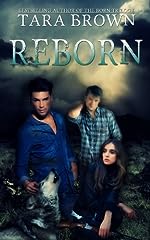 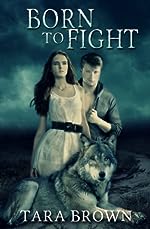 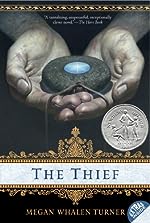 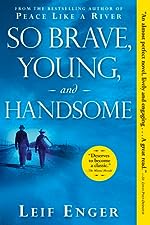 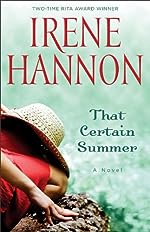