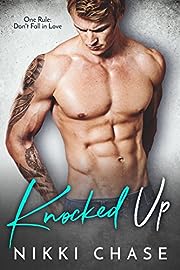 My prim-and-proper assistant has a dirty, dirty mind.
I found her steamy writing on my computer.
Now all I can think about is re-enacting the “good parts” of her story.
But I don’t sh*t where I eat. She’s off-limits.
Until I realize I need a baby—and she’d be the perfect surrogate.

I control the hottest funds on Wall Street. The financial papers call me a genius. My business is worth billions of dollars.

But it all means nothing when my dad’s lying on his deathbed and I don’t have the only thing he wants: a grandchild.

Enter Katherine York—my assistant. She thinks a pencil skirt and a buttoned-up blouse mask the naughty girl inside. But I’ve peeked inside her mind and can’t get her raunchy words out of my head. Who does she think she’s kidding?

There’s no hiding those lush curves, or those kinky fantasies her beautiful mind dreams up. Kat wants to make it as a romance author, and I have the money and connections to get her there.

So I offer her a new position: as a surrogate for my baby. She’ll be working under me, of course. Right under me.

The contract is clear. I get her pregnant. She delivers my baby. She walks away with a publishing deal and half a million dollars.

Except once I get a taste of her—my kitten—I’m hooked. She’s an addiction I can’t quit. I’ll break all the rules to make her stay. 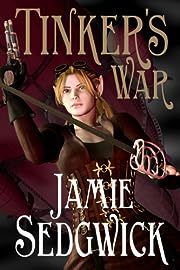 Steam technology and spring-powered engines have evolved since the discovery of Blackrock Steel, which can store vast amounts of energy, but word of this incredible resource has spread far and wide. When a horde of barbarian warriors known as Vangars sweep across the Frigid Sea in massive airships fueled by precious but dwindling supplies of black tar-like oil, they are determined to learn the secrets of Blackrock Steel at any cost. They assault the capital city, slaying King Ryshan and the entire royal family, and then ravage the countryside, leaving a cloud of acrid black smoke and the stench of death in their wake.

Breeze has been content with the peaceful life of a pilot, shuttling nobles back and forth in her spring-powered planes for years, but now the kingdom of Astatia has once again been thrust into war. The Vangars have taken Tinker captive and Breeze must rescue the clever old inventor who has been a father to her for most of her life, but she has one chance to defeat the Vangars. If she chooses to save Tinker instead, Breeze might lose that opportunity forever.

In the midst of the chaos, Breeze finds herself trapped in the middle of a romantic conspiracy to wed her off to a young pilot. She has no interest in marrying her would-be suitor, nor in the young Tal’mar warrior who would claim her as his own… or does she? The only thing Breeze knows for sure is that if she fails, the secret of Blackrock Steel will fall into the hands of the Vangars and Astatia will face a dark future of slavery and ruin. 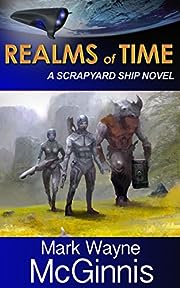 Welcome to the fourth installment of the Scrapyard Ship series, Realms of Time. Captain Jason Reynolds and his team are up against a new, and unexpected foe—an adversarial force that has every intention of aligning with the powerful and dreaded Craing Empire.

The enemy strikes from Earth’s high orbit, deploying five time-shifting spheres. The spheres are strategically positioned to link-up and set Earth’s clock back 100 years into the past. But when that course of action is interrupted by The Lilly’s crew, the results become far worse. Fluctuating time realms rapidly spread across the globe and threaten to rip the planet apart. Join Jason, Billy, Traveler, Ricket and Dira on their mission as they literally travel to the ends of time to bring Earth back to the twenty-first century. 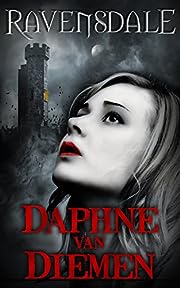 Ravensdale, a remote seventh century castle on Ireland’s windswept west coast, is shunned by the locals because of its dark history. Strange stories abound–of battles, bloody sieges, dissolute novelists and terrible crimes. Only the ravens come here, circling over the crumbling castle, turning the sky black every evening as they fly home to roost.

Determined to finish up her thesis, Lucy Donoghue abandons the comfort of her Dublin life to tour-guide at Ravensdale for the summer. On arrival, she is shocked at its dilapidation, but her spirits are lifted by Owen, the  caretaker, who’s only too happy to show her around.

But the peace is shattered when the dashing actor, Dylan Winters, and his film-crew come onto the scene… as well as Owen’s formidable grandmother. While the intense actor prowls the hallways preparing for his role as Jonathan Harker in Dracula, teen Goth-girls throng the castle, desperate to catch a glimpse of their idol. Lucy tries to hide her own reluctant attraction to the actor.

When a girl suddenly disappears, all fingers point at Dylan, but Lucy defends him. But as the summer unfolds, and sunny days turn to stormy weather, Lucy is left wondering whether she’s been blinded by infatuation and made a dreadful mistake.

Can she uncover the truth to rectify her mistake in time, and what is the truth anyway? 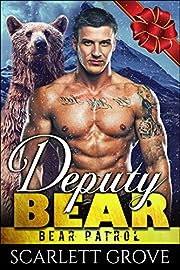 Holiday blues …
When her boyfriend betrays her, Harper Brown leaves his cheating ways behind and starts a new life on Fate Mountain. Living in her grandfather’s rustic hunting cabin and working as a bank teller is a lot better than being miserable. Until her new boss turns up dead — and the man investigating her is the same one she’s been matched with by a human-shifter dating site.

Criminal claims …
Knox Carter can’t believe the beautiful woman who’s stolen his heart is not only his fated mate, but a murder suspect. Instead of courting her and building their life together, he’s under orders not to see her while he tries to prove she didn’t kill anyone.

Christmas surprise
Can Knox find the real culprits in time? And can Harper find a way to tell him the secret that will make them an instant family? 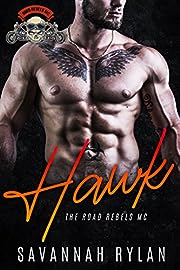 She was supposed to be mine forever.
But the night our father’s were killed, Sydney decided this life wasn’t for her.
So she ran.
She left me, and our club behind.
I never expected to see her on my doorstep six years later.
With our child.
She looks different, but she’s still as beautiful as ever.
Those hips, her sultry smile, I can’t get over her.
But she didn’t leave the life, and she’s got a DEA agent on her tail.
I have to keep her safe, and my daughter too.
I’ll do anything to protect them.
Even if I have to lie to my club about her.

The Happy Hollisters and the Mystery of the Totem Faces: (Volume 15) 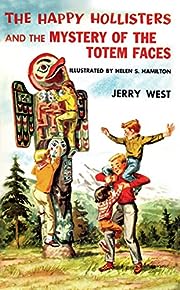 This story finds the Hollister family off to Alaska with Uncle Russ and their two cousins, Teddy and Jean. Russ Hollister, a commercial artist and cartoonist, has run out of ideas and is trying to think of a new location for his comic strip characters. The children, whose interest in the Far North has been aroused by an encounter with an old man and the totem pole he brought back as a souvenir of his adventurous days as a gold miner, persuade Uncle Russ to make Alaska the background for his new cartoon series. The gold miner has told the children that his totem pole is a replica of a pole that holds a secret, which was lost somewhere near Sitka, Alaska. The Hollisters manage to locate the lost totem pole and find, tucked away inside it, the clue to hidden treasure.
A most exciting Hollister story that combines the excitement of solving a mystery and outsmarting a sinister thief with the discovery of new places, different traditions and ways of living.

Bubba the Bulldog Tries to Smile 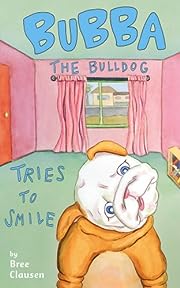 Bubba’s lips are too heavy to smile. When his best friend Ryan breaks his leg, Bubba tries to cheer him up. After getting into some mischief around the house, Bubba learns that every time he accidentally smiles, Ryan smiles too. In his efforts to smile, Bubba has to conquer his worst fear by facing the BROOM. In the end, Bubba finds out he had the ability to smile INSIDE him all along. 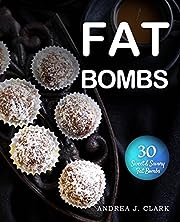 Get an energy boost with Sweet and Savory Fat Bombs!
If you are on a ketogenic diet or a low-carb diet, then you must know the feeling when you feel like giving yourself a treat.
If that sounds like you, then Fat Bombs are for you!
This book is designed for people who love making tasty high-fat, low-carb snacks but don’t want to spend too much time in the kitchen. You will find that all recipes in this book use no more than six ingredients and take only 15 minutes to make. What’s more, you’ll fall in love with the fact that they are extremely easy to make without losing their flavor!
You will learn:

– What are fat bombs

– How to prep your kitchen 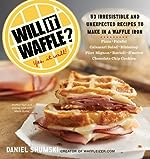 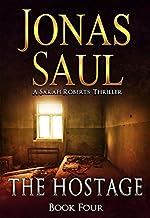 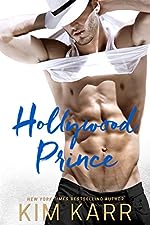 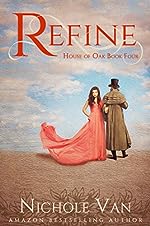 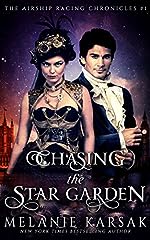