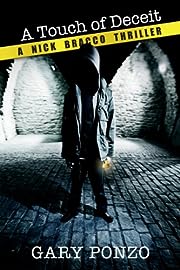 FBI agent Nick Bracco can’t stop a Kurdish terrorist from firing missiles at random homes across the country. The police can’t stand watch over every household, so Bracco recruits his cousin Tommy to help track down this terrorist. Tommy is in the Mafia. Oh yeah, it gets messy fast. As fast as you can turn the pages.

Judith L. Pearson author of “Wolves at the Door,” and “Belly of the Beast,” said, “Gary Ponzo is simply the best new thriller writer out there.”

The other book(s) of the Nick Bracco series:

No Easy Hope (Surviving the Dead) 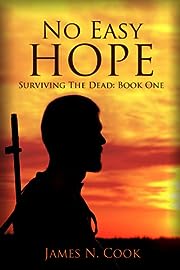 Eric Riordan was once a wealthy man leading a comfortable, easy life. Until one day Gabriel–his oldest friend,  a Marine Corps veteran, and a former mercenary–told him how the world was going to end.

He did his best to prepare. He thought he was ready for anything.

As the dead rise up to devour the living, one man finds himself struggling to survive in the ruins of a shattered world. Alone, isolated, and facing starvation, his only chance is to flee to the Appalachians and join forces with Gabriel. But the journey will not be easy, and along the way his humanity, his will to live, and his very soul will be tested.

This is the beginning. This is his story.

The other book(s) of the Surviving the Dead series: 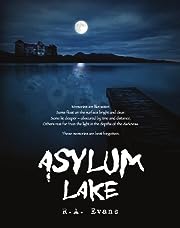 Memories are like water. Some float on the surface bright and clear. Some lie deeper – blurred by time and distance. Others rest far from the light in the depths of the darkness. These memories are best forgotten. At the bottom of Asylum Lake the unremembered are growing restless.

After the sudden death of his wife, Brady Tanner moves to the small Michigan town where he spent summers as a youth. But he soon learns that small towns can be stained by memories…and secrets too. As Brady is drawn into unearthing the secrets of the town and of the abandoned psychiatric hospital on the shores of Asylum Lake, he discovers a new love in an old friend. But there is an evil presence lurking beneath the waters of the lake. What is the source of this evil–and what does it want with Brady Tanner? 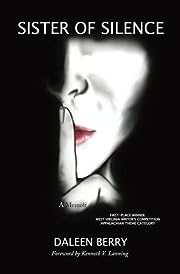 A “riveting” and “compelling” true story, this memoir unfolds fast and leaves you longing for more. Following a shotgun wedding, the author found herself married to a coal miner who kept her barefoot and pregnant. Sister of Silence is the amazing story of her personal journey: how she went from being a teen mom to an award-winning journalist determined to break the silence that shatters women and children’s lives. 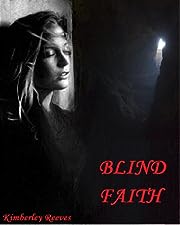 Serena was only fifteen when four teenage boys dragged her inside a cold, dark cave and robbed her of her innocence. Although she suffers from night terrors, any memories of the attack and the events leading up to it are locked inside her head. After seven years of hiding from the demons of her past, Serena is forced to confront her fears when she allows her high school crush, Will Duncan, to rent out the upper floor of her house.

Having Will in her life is a double edged sword: Serena learns to trust again and discovers an inner strength she never knew she had. But when she falls in love with him, Serena knows the only way they can have a future together is if she rids herself of the past first. As the missing pieces of memory gradually begin to snap into place, Serena uncovers the trail of lies and deceptions that led to the ultimate betrayal.

Can Will Duncan help set Serena free or will the secrets he harbors about that night shatter her faith in him forever? 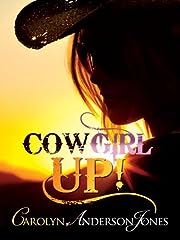 Life on the Front Range of Colorado is never dull, especially with a spunky vet and a really hot cowboy in the mix.

Samantha Kendrick is a large animal vet in her small hometown of Fairview, and happy tending to her clients during the day and reading sizzling romance novels at night. Until Cheyenne Wells comes back into her life.

Samantha and Cheyenne have known each other since first grade, but it’s been a tenuous relationship that started when he yanked her ponytail and she punched him in the nose. Now Cheyenne is the head trainer and manager of the largest horse ranch in the west, and Samantha is called out to treat their prize stallion.

Their reunion ignites sparks of passion neither one is expecting. Though Sam resists at first, Cheyenne’s Native American magnetism draws her into his life, with some help from her mom and fate. Before she knows it Sam is drawn into a spidery web of evil. Together, Sam and Cheyenne must work to solve the mystery before it turns deadly.

It couldn’t get any worse for Sam, who up until then only pondered mysteries like, “Do cowboys really go commando?”

Humor, suspense, and a little romance make this book a must read for anyone who enjoys tales of intrigue and plot twists to the bitter end!

Dragon Soul (Dragons in the Mist) 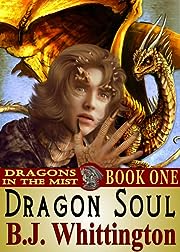 Dragon Soul begins in a small village of the Palmir people. A quiet, productive and peaceful clan with an almost forgotten violent history. The Plague from the North—an attack of powerful, evil creatures–virtually annihilated them generations ago. They defeated the Plague, with the help of mystics and dragons – but at great cost.

What if the Plague returns? There are so few Dragon Souls. Could they defeat the monsters again? And what of real dragons? Will they ever again exist in their own form?

Vedicville serves as a place to mentor Dragon Souls and Hosts, humans who transform into dragons. Thol, a goat herder at Vedicville, never imagined he would start his day as a human and end up as a dragon. Who would? There are usually indications that a person is Host to a Dragon Soul. The first indication for Thol, was when his hands began to elongate and turn into talons. When Rasdor emerges, unexpectedly, and fly’s off in a panic, several villagers commence a journey to find him. The search uncovers more than the lost dragon, the key to saving their entire civilization. If they realize it in time.

The other book(s) of the Dragons in the Mist series: 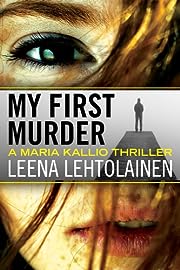 Maria Kallio has just been assigned her first murder investigation. To prove to herself and her squad that she has what it takes to be a detective, she’ll have to solve the death of Tommi Peltonen. Found floating facedown at the water’s edge of his Helsinki villa, Tommi had invited his choir group to spend a weekend at his retreat. But beneath the choir’s seemingly tight-knit bonds seethed bitter passion and jealousy. As Maria sets out to determine the difference between friends and foes, she uncovers the victim’s unsavory past—and motives for all seven suspects. Now it’s up to her to untangle a complex set of clues before the killer strikes again.

The other book(s) of The Maria Kallio series: 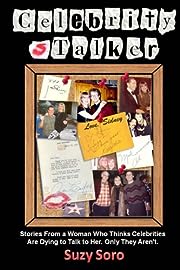 Celebrity sTalker details comedian Suzy Soro’s obsessive need to talk to celebrities, especially the ones who don’t want to be bothered. It takes you inside ladies’ rooms, restaurants, and even their homes. Why did the world’s most beautiful movie star offer to help? Which sitcom star is really pushy? How many celebrities do you have to know to get on The Tonight Show? In this offbeat memoir of her run-ins with famous people, Suzy answers these, and other, ridiculous questions. It’s funny, it’s painful, it’s embarrassing, and it will make you glad you’re not her.

This is not simply a dishy memoir about stars. Soro knows how to deliver pathos with deadpan, self-deprecating humor. Basically, she’s really funny, and you will relate to every self-conscious, star-struck, or hilarious moment. 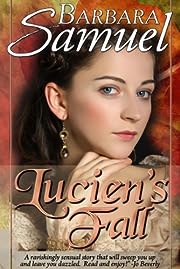 A SINFULLY APPEALING RAKE
Lord Lucien Escher is a renowed London rake who believes there is not a woman in the world who cannot be seduced–he is determined to prove it, come what may.

AN INTELLIGENT AND DETERMINED WOMAN
Madeline is determined to save her treasured ancestral home and has no use for love or the tricks of an unredeemable scoundrel. Against her better judgment, however, she is powerfully drawn to the elusive and dangerous Lucien, whose hard-hearted façade hides a tragedy that is slowly devouring him from within.

As Lucien and Madeline circle each other in a magnetic play of desire and denial, their passion will rise to a crescendo of longing and sacrifice that will change their fates forever. 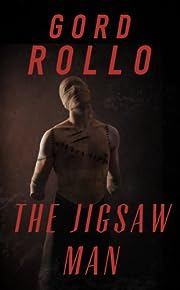 A BROKEN MAN DOWN ON HIS LUCK…

Michael Fox is a homeless man living in a garbage dumpster beneath the Carver Street Bridge in Buffalo, NY. He’s bitterly depressed and ready to commit suicide; anything to put an end to his miserable existence.

AN OFFER TOO GOOD TO REFUSE…

When a mysterious billionaire surgeon offers Michael two million dollars for his right arm, he thinks his luck might be about to change. Little does he know that the surgeon has other plans for him. His arm is only the beginning. Bit by bit other pieces of Michael’s body are surgically removed; his natural body stripped away and then reassembled using other harvested parts from thirteen different ‘donors’.

Now Fox isn’t sure if he’s a man or a monster, or whether or not he’d be better off dead. One thing he is sure of though, he’s not checking out of this world until he finds a way to make the people responsible pay for turning him into the experimental nightmare known as… The Jigsaw Man. 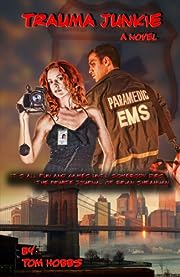 What happens when a suicidal paramedic falls in love with an ambulance chasing reporter?

Brian is going through a rough patch in his life. His wife, Amber, has divorced him and is remarrying a rich wall street
hedge fund manager. His boss hates him, his partner tolerates him, and he likes to stand on the ledge ten stories
up, bottle in hand.

Four years ago his infant son passed away in his crib sending his life into a tail spin.

All he has left is saving lives, and saving them on his terms. That’s not enough.

Enter Brooklyn, a fiery red headed stringer, who works the overnight selling video and stills to the New York media and
she’s had a long standing crush on Brian.

She’s out to prove that a paramedic isn’t the only one who can save a life. 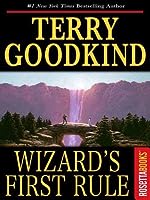 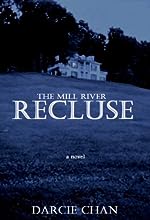 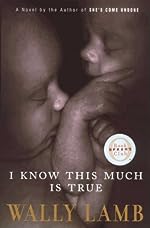 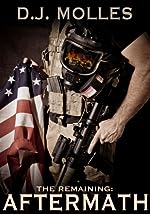 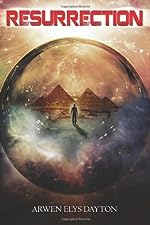 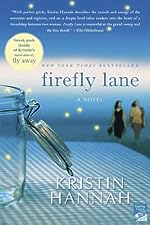 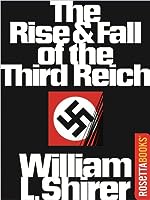 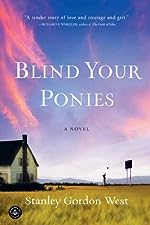