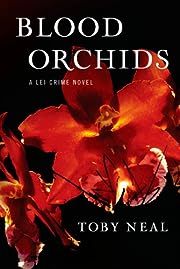 Hawaii is palm trees, black sand and blue water—but for policewoman Lei Texeira, there’s a dark side to paradise.

Lei has overcome a scarred past to make a life for herself as a cop in the sleepy Big Island town of Hilo. On a routine patrol she finds two murdered teenagers—one of whom she’d recently busted. With its echoes of her own past, the murdered girl’s harsh life and tragic death affect Lei deeply. She becomes obsessed—even as the killer is drawn to Lei’s intensity, feeding off her vulnerabilities and toying with her sanity.

Despite her obsession with the case and fear that she’s being stalked, Lei finds herself falling in love for the first time. Steaming volcanoes, black sand beaches and shrouded fern forests are the backdrop to Lei’s quest for answers—and the stalker is closer than she can imagine, as threads of the past tangle in her future. Lei is determined to find the killer—but he knows where to find her first. 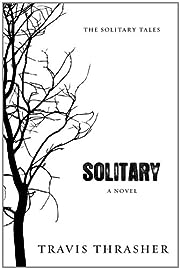 His Loneliness Will Soon Turn to Fear….

When Chris Buckley moves to Solitary, North Carolina, he faces the reality of his parents’ divorce, a school full of nameless faces—and Jocelyn Evans. Jocelyn is beautiful and mysterious enough to leave Chris speechless. But the more Jocelyn resists him, the more the two are drawn together.

Chris soon learns that Jocelyn has secrets as deep as the town itself. Secrets more terrifying than the bullies he faces in the locker room or his mother’s unexplained nightmares. He slowly begins to understand the horrific answers. The question is whether he can save Jocelyn in time.

This first book in the Solitary Tales series will take you from the cold halls of high school to the dark rooms of an abandoned cabin—and remind you what it means to believe in what you cannot see. 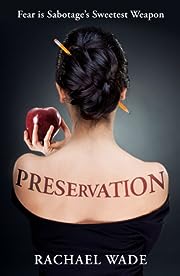 Kate has no time for meaningless romantic charades, and definitely no time for hot college professors who are full of themselves and smitten with her. Constantly battling eviction notices, tuition she can’t afford, and a sick, dependent mother, the last thing she needs is to be distracted with someone else’s complicated baggage.

When she stumbles into Ryan Campbell’s creative writing class, he is only “Mr. Campbell” to her, until Ryan finds himself captivated by her writing and she is forced to face their mutual attraction. His cocky know-it-all syndrome is enough to send her running in the other direction, and his posse of female admirers and playboy reputation are enough to squander any odds in her favor.

But underneath Ryan’s abrasive facade is something to behold, and she can’t stay away for long. Ryan and Kate must decide who they’re willing to become and fight against their former selves if they want to make things work. That’s if academia, vicious vixens, old skeletons, and their own mastery at self-destruction don’t pummel their efforts first.

I Hope You Find Me 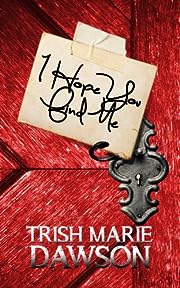 Life for Riley ends when her young children die in her arms…victims of a global viral outbreak that claims the lives of everyone she’s ever known. Left to fend for herself with only a dog as her companion, she sets out on a journey to find others, leaving notes everywhere she goes…hoping that one day someone will come looking for her. When Riley meets the handsome yet mysterious Connor on the streets of Downtown San Diego, they form a bond unlike either has experienced before. When the things that go bump in the night turn out to be more than nightmares, the trio sets off for the mountains in search of an isolated resort where they can hunker down, away from the ominous shadows of the dead city streets. The peace and tranquility of the woods isn’t enough to keep the darkness away for long though and soon Riley and Connor are forced to accept that the World and the few people left alive in it will never be the same. The shadows of their past may haunt them forever…threatening to destroy what little dreams they have left of a future unless they fight to stay in the light and never lose their hope. 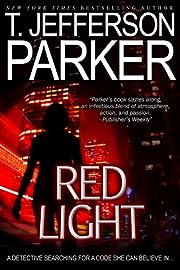 Two years after the death of Tim Hess, her partner and the father of her child, Merci Rayborn is working hard at her job, taking care of her son and holding it all together. She and Tim, Jr. are living with her father, and she is dating Mike McNally, a respected fellow officer. Merci and Mike are the gold couple on the force—both kids of cops—and though Merci doesn’t passionately love Mike, it’s at least a comfortable relationship.

But it explodes when a mysterious young prostitute, Aubrey Whittaker, is found murdered and Mike McNally emerges as the primary suspect. Merci, lead homicide detective on the case, must do the unthinkable: expose and arrest her lover.

Sifting through the clues and evidence with a growing sense of guilt over sealing Mike’s fate, and of outrage at what he has apparently done, Merci has to balance where the truth leads her against where her heart is telling her to go. 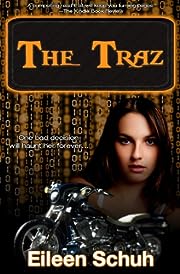 One girl, one undercover cop, one dangerous gang…

Thirteen-year-old Katrina is desperate for an adventure, something to numb her pain and loneliness. When Shrug, a giant biker from The Traz gang, asks if she wants a ride, she makes a reckless, life-changing decision.

Vulnerable and grieving, Katrina becomes a target for the gang’s abuse—and there’s no way to escape. Until she meets Chad, an undercover cop with rich brown eyes, a gentle chuckle and a plan to rescue her.

Only one problem. Someone is keeping dangerous secrets from them both. 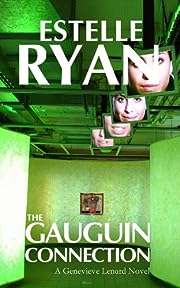 As an insurance investigator and world renowned expert in nonverbal communication, Dr Genevieve Lenard faces the daily challenge of living a successful, independent life. Particularly because she has to deal with her high functioning Autism. Nothing – not her studies, her high IQ or her astounding analytical skills – prepared her for the changes about to take place in her life.

It started as a favour to help her boss’ acerbic friend look into the murder of a young artist, but soon it proves to be far more complex. Forced out of her predictable routines, safe environment and limited social interaction, Genevieve is thrown into exploring the meaning of friendship, expanding her social definitions, and for the first time in her life be part of a team in a race to stop more artists from being murdered. 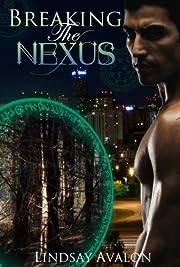 Throughout history, myths and legends of extraordinary creatures have been told and retold. Fantastic tales of demons and banshees, gryphons and dragons, and of course, magic. Stories that every child grows to learn are nothing more than fantasy…or are they?

Beyond the world you see lies a hidden realm, the Mythrian Realm, inhabited by all of the creatures you’ve been told are mere fiction. Only one thing lies between humans and the truth: the Nexus. A magical barrier erected millennia ago to separate the two realms, it has stood the test of time. Until now.

For Mythrian Sha Phoenix, magic is nothing new. But when she stumbles upon a portal on the verge of collapse, her fate will forever change. Pulled through the portal into the Human Realm, she lands in the middle of Detective Connor Flynn’s brutal murder scene. Soon it is obvious someone is using blood magic to try to bring down the Nexus. Together, Connor and Sha must work to unravel the secrets before the barrier falls and the realms collide.

The Nexus is breaking and all hell is about to unleash…literally. 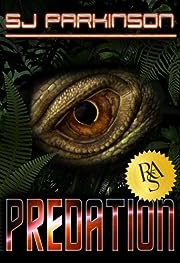 Two hundred years in the future, human beings have traveled to the stars, settled colonies on fifty worlds, and finally discovered intelligent life: the Drakk’Har—large, cold-blooded reptilian creatures who see human beings not as equals, but as food. War was unavoidable. Ill-prepared for the sudden and vicious conflict, humanity finds itself on the losing side.

After three years of retreating from the onslaught to gain time, humanity has dug in its heels, built up their forces, and begun to fight back. When intelligence identifies the distant Mindon star system as a source of Drakk’Har warships, a major engagement begins. Star Command Fleet Nine strikes the first blow in a new offensive campaign.

During combat operations on Mindon-2, the plan goes horribly wrong. Casualties mount on both sides. The men and women on the raid find themselves in a merciless crucible that threatens to change them forever. The Drakk’Har know victory can only come by overwhelming the humans with savage brutality.