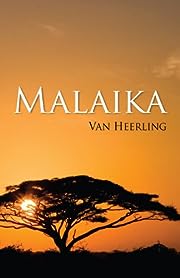 A middle-aged man with the crushing weight of his American past seeks peace and a simpler life in rural Kenya. Armed with only his smokes and coffee he discovers a friendship with the most unlikely of friends–a lioness he rightfully names Malaika (“Angel” in Swahili). But she is no ordinary lioness nor is he an ordinary man. Between them they share a gift. But not all embrace their bond and some seek to sever it. Discover this new world rich in human truth and sensibility. 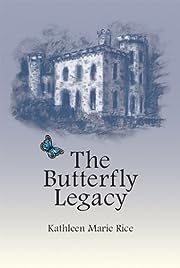 Against the backdrop of Ireland’s “Great Hunger,” the violent struggle of the 1860s to free Ireland, and “The Troubles” of the 1970s, The Butterfly Legacy, a 95,000-word historical novel, is a richly rendered story of Nelly, a young Irish girl and her descendants that began when she and an English captain fall in love. Resulting in twins who are separated at birth, their affair ends with the captain’s presumed abandonment of Nelly and her subsequent exile to Prince Edward Island, Canada where she enters into an arranged marriage to a man she does not know.

From Nelly’s near fatal voyage with the healthier twin across the Atlantic in a “coffin ship” to the 1978 murder of an Englishman whose brutalized body is found on the grounds of Winnekenni Castle located in Haverhill, Massachusetts (the city featured in Andre Dubus’s acclaimed memoire, Townie), the novel traces the adventures of 6 generations of characters as they encounter adversity and twists of fate, suicide and other family secrets, misguided patriotism and murder. These themes – tempered with healthy doses of Irish wit – will resonate with readers from most any ethnic group as they are drawn into the pain and joy of difficult lives fully lived. 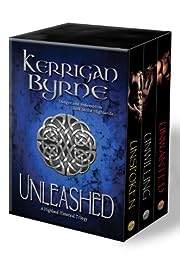 Roderick –
He’s death for hire, cursed by a malicious enemy who left him unable to speak. She’s a refugee with a dangerous secret that could cost her life. Outnumbered by thousands, he’s fated to die in battle like so many Berserkers before him. Could the strength of their love defy destiny?

Connor –
He’s a mercenary Laird who fears nothing but the darkness inside him. She’s a noble beauty, sold to the highest bidder. He mistakenly rescues her from a fate worse than death, but now she’s his captive. They must battle their pride and their explosive attraction to each other in order to defeat a common enemy who threatens the clan’s survival.

Finn –
He’s a nameless bastard, stalking the Highlands bent on revenge and murder when he stumbles on an infant deserted in the snow. She’s a desperate woman who’s lost everything, including her dignity. They are three of the world’s Unwanted. On a snowy Solstice night, their tale becomes one of blood and vengeance, of love, redemption, and forging the bonds that make a family. 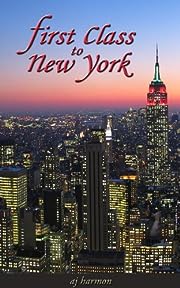 A year after losing her husband, her high school sweetheart and the love of her life to cancer, Janie Anderson embarks on a once-in-a-lifetime trip to New York City. Trying to escape the oppressive loss and hopelessness of a life without him, Janie sets off on the adventure she has dreamed about since she was a little girl. Exploring the Big Apple, New York City, she secretly hopes that this landmark event will free her from her grief and unlock a future as wonderful as the life she had lost with Robert’s passing.

After a series of embarrassing encounters with a man in a dark grey suit during the flight, Janie wonders if this trip might be more than she bargained for. At 42, she is much too young to spend the rest of her days as a lonely widow, but is resolved to the fact that, like lightning, a love like that of her first marriage rarely strikes twice.

When she accepts his invitation to dinner that evening, Janie is terrified at the realization that she’s actually attracted to him. The handsome and wealthy Matt Lathem is sexy as hell, but, as Janie comes to realize, has baggage of his own. Can they help to heal each other in time to realize that a second chance at love is within their grasp? 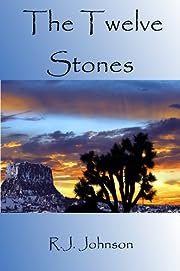 Twenty two years ago, Alex McCray found the first of the Twelve Stones, a set of powerful artifacts left for Humanity to find and use to save Earth from certain destruction.

Returning to his hometown of Onyx, California, Alex reunites with his father who returns the stone Alex found so many years ago. Their reunion is cut short however after Alex’s father is murdered by billionaire industrialist Rupert Kline, a madman who will stop at nothing to collect all twelve stones for himself.

Driven by revenge, Alex McCray vows to bring his father’s killer to justice and keep the remaining Twelve Stones out of Kline’s hands. 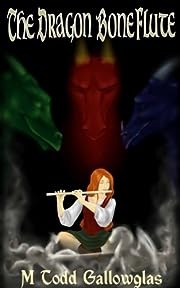 No one in Elzibeth’s village has seen any sign of a dragon in generations, yet they still have the good sense not to wander too close to the Dragon’s Cave for fear of stirring up old trouble. Three bullies challenge her to seek the cave place out, and though the last man who went there never returned, she must accept this task or risk losing her music forever. Returning to her village with a small bone as proof, Elzibeth learns that the magic of dragons is more than skin deep… 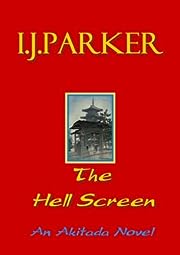 After a posting to the northern provinces, Akitada hurries to the deathbed of his mother in the capital. On the road, he spends the night in a monastery where he sees a painted hell screen. The realistic depictions of tortured men, women, and children haunt his dreams until he wakes to a scream. At home, he finds his mother sick and vindictive, and his sisters troubled by personal dilemmas. He is asked to clear his brother-in-law’s name in a theft, and his younger sister’s lover of a murder charge. The scream in monastery turns out to be a clue in the murder case, and the hell screen sends him on an investigation of unspeakable crimes in the city. The dangers lurking there will strike very close to home.

It Happens Every Spring 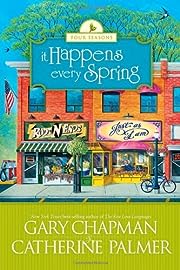 Meet the characters that live, work, dream, and love in the community of Deepwater Cove. Best-selling authors Gary Chapman and Catherine Palmer team up to show how four married couples, all in different stages in life, experience the joys and hardships of marriage as examined in Gary Chapman’s The Four Seasons of Marriage. In book one, Steve and Brenda face a common problem among middle-age couples: empty nest syndrome. Steve works too much, and with their two children out of the house, Brenda feels lonely and unfulfilled. In order to save their marriage, the two must learn to reconnect. Readers are also introduced to many charming characters, like Cody, the mentally challenged homeless man that shows up on Steve and Brenda’s porch; Pete, who owns the Rods ‘N’ Ends tackle shop; and Patsy Pringle, who owns the Just As I Am beauty parlor, where much of the action takes place.
The series is based on the marriage principles found in Gary Chapman’s non-fiction book The Four Seasons of Marriage. Similar in tone and light-hearted, quirky humor as Jan Karon’s Mitford series, Fannie Flagg’s books or Steel Magnolias. Each book has a study guide that talks about the four seasons of marriage and the healing strategies depicted in that volume’s story.