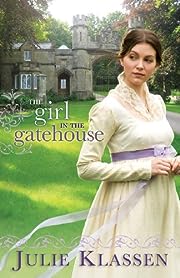 Miss Mariah Aubrey, banished after a scandal, hides herself away in a long-abandoned gatehouse on the far edge of a distant relative’s estate. There, she supports herself and her loyal servant the only way she knows how–by writing novels in secret.Captain Matthew Bryant, returning to England successful and wealthy after the Napoleonic wars, leases an impressive estate from a cash-poor nobleman, determined to show the society beauty who once rejected him what a colossal mistake she made. When he discovers an old gatehouse on the property, he is immediately intrigued by its striking young inhabitant and sets out to uncover her identity, and her past. But the more he learns about her, the more he realizes he must distance himself. Falling in love with an outcast would ruin his well-laid plans. The old gatehouse holds secrets of its own. Can Mariah and Captain Bryant uncover them before the cunning heir to the estate buries them forever? 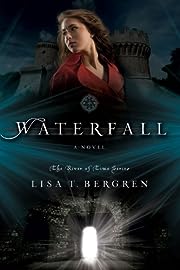 Most American teenagers want a vacation in Italy, but the Bentarrini sisters have spent every summer of their lives with their parents, famed Etruscan scholars, among the romantic hills. In Book One of the River of Time series, Gabi and Lia are stuck among the rubble of medieval castles in rural Tuscany on yet another hot, boring, and dusty archeological site … until Gabi places her hand atop a handprint in an ancient tomb and finds herself in fourteenth-century Italy. And worse yet, in the middle of a fierce battle between knights of two opposing forces.

And thus she comes to be rescued by the knight-prince Marcello Falassi, who takes her back to his father’s castle—a castle Gabi has seen in ruins in another life. Suddenly Gabi’s summer in Italy is much, much more interesting. But what do you do when your knight in shining armor lives, literally, in a different world?

Tell Me When It Hurts 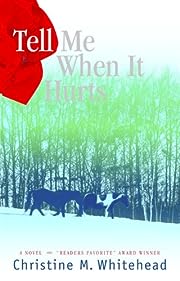 Archer Loh, Seven Sisters grad and Olympic-level rider, has been groomed as a government assassin. First in her class, she’s a prime asset to her agency. However, she rejects the opportunity to kill for “the good guys” and instead embraces the quiet life of suburban lawyer, wife, and mother. Her violent apprenticeship remains her secret.

When her only child is murdered and the killer goes free on a technicality. Archer Loh ditches family, career, friends, and horses, to define her own agenda and brush up on her rusty lethal skills. At her darkest ebb, Connor McCall, Harvard-educated financial baron turned Wyoming sheep rancher, stumbles into Archer’s life and everything changes.

The Enemy We Know 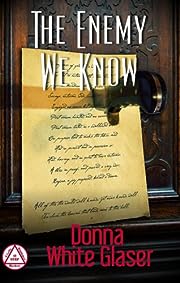 Psychotherapist Letty Whittaker, a professional secret keeper, has a secret of her own. When one of her clients slips free from an abusive boyfriend, Letty becomes the target of his violent rage. Wayne invades Letty’s life, slithering his way past the barriers erected between her personal and professional lives, leaving gifts of dead rats, mutilated dolls, and freaky Shakespearian sonnets. Worst of all, Wayne uncovers Letty’s deepest shame, infiltrating her AA group and threatening to expose her to the state licensing board. 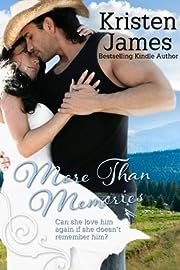 Can she love him if she can’t remember him? Molly Anderson returns “home” to a town she doesn’t remember, hoping it will spark a memory. She runs into Trent Williams, an off duty police officer, and something else definitely sparks.

He wants to know why she left town, with her parents, but without a word to anyone. She doesn’t remember that life. She can only tell him she knew her parents briefly before they died . . . or were murdered, she’s not sure. She hopes regaining her memory will help answer that question.

Trent has his own secrets, but they have a mystery to solve. As they work together and Molly meets their old friends, she realizes their relationship went deeper than memories. In fact, she grew up in Ridge City, even though her parents had said they lived there just a few years. How could she have forgotten her lifelong friend and love? Can she love him again if she doesn’t remember him? There’s also the possibility that she did something awful — and maybe that’s why she’s afraid to remember her old life.

Molly knows she wants him now, but the truth might destroy their love. 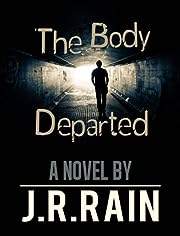 Two years ago, a man broke into James Blakely’s apartment and shot him in his sleep. Twelve times, killing him instantly. Dead and confused, James discovers he has a choice: he can move on into the afterlife, or he can stay behind. Unfortunately, since James has done some very bad things, moving on into the afterlife can only mean one thing: the fires of Hell. Or so he thinks. Forgoing eternal damnation, James instead chooses to haunt his old apartment building.

Now James’s days are mostly spent visiting his daughter and ex-wife, welcoming new neighbors, and talking to those who can see the dead. It’s a simple, peaceful life, but with each passing day, James discovers something more and more alarming: memories of his former life—and even his own identity—begin slipping away. Faced with the prospect that he is rapidly deteriorating into a state of nothingness, James sets out to save his eternal soul. With the help of his daughter and a world-class medium, his journey to peace and forgiveness will not be an easy one, especially for a ghost who still wishes to be a father—and who fears he is destined for a fiery Hell as punishment for sins he cannot remember. Now, as James begins to uncover the devastating secret that connects his soul to earth, he will discover that even in death life has a few surprises. 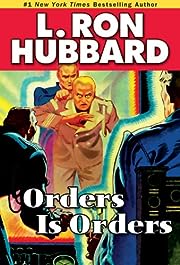 The Japanese have led a heavily armored assault against the Chinese city of Shunkien, pounding wreckage into ashes and wiping out a city dating back to Genghis Kahn. One of the few buildings still standing is the small American consulate, now packed with one hundred and sixteen frightened American refugees. Food is low and deadly Asiatic cholera is starting to run rampant, with carnage and corpses piling up in the streets.
Two hundred miles away, the USS Miami drops anchor, well equipped with the needed gold to buy food and a cholera serum to prevent disease and death. The dilemma is that should the Marines take military action to rush supplies to the consulate, it could force the US into an all-out battle with the Japanese.

The Triumph of Grace 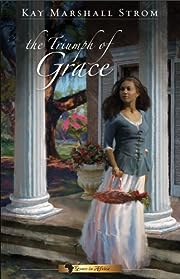 Grace in Africa is a sweeping historical three-part saga of slavery and freedom that takes the reader from an island off the west coast of Africa to Southern plantations and finally on to Canada.

All her life, Grace Winslow, the daughter of a mixed marriage between an English sea captain and an African princess, has been forbidden to ever approach Zulina, the fortress that juts out into the sea off the African coast. In book 1, when she escapes the family compound to avoid an odious betrothal, she is swept up in a slave revolt.

As the truth about Zulina unfolds, Grace begins to grasp the brutality and ferocity of the family business—the capture and trade of slaves. Held for ransom, viciously maimed by a runaway slave, and threatened with death, Grace is finally jerked into reality when her parents leave her to die rather than negotiate with the slaves. Grace sympathizes with the plight of the captives, and she is genuinely moved by the African Cabeto’s passion, determination, and willingness to sacrifice anything, including his own life, for his people’s freedom. 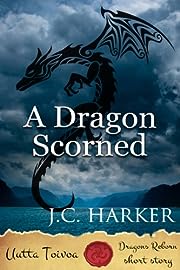 Thorar is a dwarven mercenary looking for gold and glory. Recruited by his friend Urim, a high ranking officer in an elite dwarven army, together they sail out on a secret mission to find and kill the last of the ancient dragons. Based on recently surfaced information about a dangerous dragon cult they seek out the mysterious Uutta Toivoa island.

Does the dragon really exists and can they complete their mission before the cult grows in strength? One thing is sure, whatever they do will affect not only their lives but also the future of the whole continent. 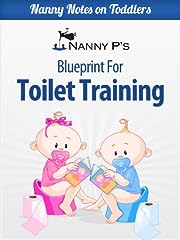 Parenting a toddler has its own set of milestones and challenges, one of the most critical being that of toilet training.

In this Nanny P Blueprint you’ll discover a set of methods that you can use to get your toddler over this hurdle in a way that is fun and enjoyable.

Nanny P blueprints are written with the busy parent in mind. Each blueprint is designed to tackle a specific issue in a short and concise way so that you do not need to spend time reading through a lot of other material to find tips and methods for the specific topic you are looking to address.

If you’re ready to start potty training your toddler in a way that will be fun for him or her, then “Nanny P’s Blueprint for Toilet Training” is for you!

With New Moon, Stephenie Meyer delivers another passionate and riveting vampire love saga full of surprises. In this sequel to Twilight, the star-crossed lovers Bella and Edward face the mysterious appearance of wolves, a female vampire’s terrifying threat of revenge, and an encounter with Italy’s royal family of vampires, the Volturi.

Both Ronan and Arienh were just children when Ronan’s uncle forced him into a raid against her Celtic village. But Ronan risked his life to protect the young Arienh from his marauding Viking kinsmen. Now he has returned to claim the beautiful girl who captured his heart so long ago.

When Michael Crawford discovers his bride murdered in their wedding bed, he flees across Europe to prove his innocence and to avoid the deadly vampire who has claimed him as her bridegroom. Set in the nineteenth century, this passionate and terrifying tale is a critically-acclaimed classic of adult historical fantasy.

One winter morning, Mr. Magee and his little dog, Dee, head out bright and early to learn how to ski. What begins as a pleasant day in the snow quickly goes downhill after a run-in with a curious moose. It’s another fun-filled adventure for Magee fans old and new.