Last of the Chosen (Spirit of Empire, Book One) 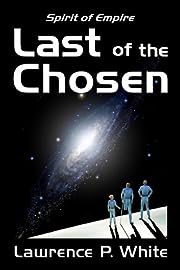 The Empire, hundreds of thousands of civilizations scattered across the galaxy, has been subtly invaded by the Chessori, diminutive creatures wielding a powerful mind weapon. No one can resist this terrible mind weapon, and the war is lost before anyone knows it began.

Ellandra of the Chosen, the youngest and last surviving leader of the Empire, flees the Chessori. In desperation, she lands on a little-known emerging world called Earth where she is rescued by Mike Carver, an innocent bystander. In the process, he discovers that he and the people of Earth are immune to the mind weapon.