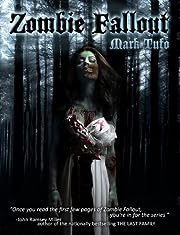 It started in a lab at the CDC (Center for Disease Control), virologists were so relieved to finally have an effective vaccination against the virulent swine flu. Pressure to come up with something had come from the highest office in the land. In an attempt at speed the virologists had made two mistakes, first they used a live virus and second they didn’t properly test for side effects. Within days hundreds of thousands of vaccinations shipped across the US and the world. People lined up for the shots, like they were waiting in line for concert tickets. Fights broke out in drugstores as fearful throngs tried their best to get one of the limited shots. Within days the CDC knew something was wrong. Between 4 and 7 hours of receiving the shot roughly 95% succumbed to the active H1N1 virus in the vaccination. More unfortunate than the death of the infected was the added side effect of reanimation, it would be a decade before scientists were able to ascertain how that happened.