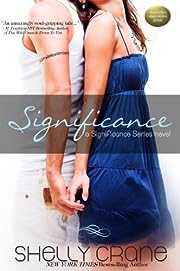 Maggie is a seventeen year old girl who’s had a bad year. She was smart and on track, but her mom left, her dad is depressed, she’s graduating, barely, and her boyfriend of almost three years dumped her for a college football scholarship. Lately she thinks life is all about hanging on by a thread and is gripping tight with everything she has. Then she meets Caleb. She saves his life and instantly knows there’s something about him that’s intriguing, but she’s supposed to be on her way to a date with his cousin. Things change when they touch, sparks ignite. Literally. They imprint with each other and she sees their future life together flash before her eyes. She learns that not only is she his soul mate, and can feel his heartbeat in her chest, but there is a whole other world of people with gifts and abilities that she never knew existed. She herself is experiencing supernatural changes unlike anything she’s ever felt before and she needs the touch of his skin to survive. Now, not only has her dad come out of his depression to be a father again, and a pain as well, but Caleb’s enemies know he’s imprinted and are after Maggie to stop them both from gaining their abilities and take her from him. Can Caleb save her or will they be forced to live without each other after just finding one another? 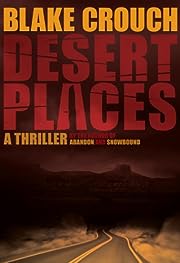 Greetings. There is a body buried on your property, covered in your blood. The unfortunate young lady’s name is Rita Jones. In her jeans pocket you’ll find a slip of paper with a phone number on it. Call that number. If I have not heard from you by 8:00 P.M., the police will receive an anonymous call. I’ll tell them where Rita Jones is buried on your property, how you killed her, and where the murder weapon can be found in your house. (I do believe a paring knife is missing from your kitchen.) I strongly advise against going to the police, as I am always watching you.

Andrew Z. Thomas is a successful writer of suspense thrillers, living the dream at his lake house in the piedmont of North Carolina. One afternoon in late spring, he receives a bizarre letter that eventually threatens his career, his sanity, and the lives of everyone he loves. A murderer is designing his future, and for the life of him, Andrew can’t get away.

Dear Reader: Please keep the light on tonight. What happens next will scare you. Guaranteed. 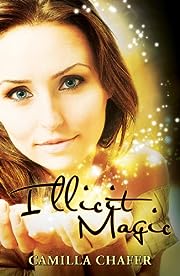 More than three hundred years after the most terrifying witch hunts the world has ever known, it’s happening again.

When an attack by ruthless witch hunters forces twenty-four-year-old Stella from her home in London into the protection of the powerful Witch Council in New York, she has to put her faith in strangers just to stay alive, yet she might not be any safer in their midst than the danger she escaped.

Hidden from the Brotherhood in an extraordinary safe house by the sea where she is sent to learn her craft, Stella finds there is more than one dark secret in her new family: Étoile’s sister is spoken of in fear and sadness; Marc is supposed to be a powerful warlock but is missing his magic; where does the owner of their safe house vanish to every day and why does Evan have the eyes of someone not quite human?

One secret is important enough to kill for and it’s a secret so powerful it could destroy the fragile threads of Stella’s new world. 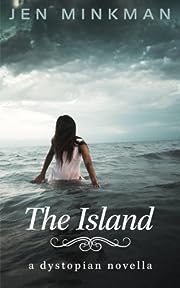 ‘I walk toward the sea. The endless surface of the water extends to the horizon, whichever way I look.

Our world is small. We are on our own, and we only have ourselves to depend on. We rely on the Force deep within us, as taught to us by our forefathers.

If I were to walk westward from here, I would come across a barrier – the Wall. Behind it, there are Fools. At least, that’s what everyone says.

I have never seen one.’

Leia lives on the Island, a world in which children leave their parents to take care of themselves when they are ten years old. Across this Island runs a wall that no one has ever crossed. The Fools living behind it are not amenable to reason – they believe in illusions. That’s what The Book says, the only thing left to the Eastern Islanders by their ancestors.
But when a strange man washes ashore and Leia meets a Fool face to face, her life will never be the same. Is what she and her friends believe about the Island really true?

Or is everyone in their world, in fact, a Fool?

The Visions of Ransom Lake 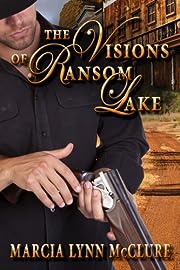