His Majesty, the Prince of Toads 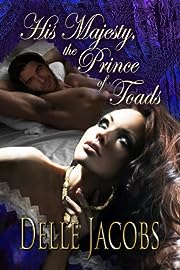 Sometimes it takes more than a kiss to change a toad into a handsome prince.

When Captain Lucas Deverall returns from the Peninsular War to succeed to his deceased brother’s title, he grudgingly decides to take back his wife. But even before he learns the circumstances of his inheritance, he encounters her at a New Year’s gala. Shock sets in as he realizes the most beautiful woman in England is the same gangly, calf-eyed chit who tricked him into marriage six years before.