By Lenore Skomal / Genre: Literary Fiction / Rating: 5.0 out of 5 stars 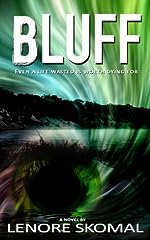 “Hooked from the very first page on a roller coaster of characters that keep you guessing till the very end. “

To the medical world, I was a host body, surviving only to bring a new life into the world. And while I wanted to die more than anything in the world, I never wanted this. No, I never wanted to cease to exist. This was the worst death of all.”
Jude Black lives in that in-between, twilight place teetering on death but clinging to life in order to bring her baby into this world. Only she knows the circumstances surrounding her mysterious fall off the bluff that landed her in the hospital being kept alive by medical intervention. Only she knows who the father of her baby is. In this poignantly crafted literary novel, the mystery unfolds and the suspense builds as the consequences of Jude’s decisions threaten to reveal everyone’s deceptions, even her own. BLUFF offers a sensitive look at essential questions such as the value of human life, the consciousness of those in a coma and the morality of terminating life support. At the core is the story of a tragically misunderstood woman who finds peace, acceptance, understanding and even love on her deathbed. 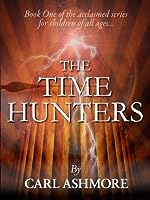 “This is one book no adult would mind reading over and over again to children of all ages.”

Becky is a typical thirteen year old girl. She likes Facebook, gossiping and plenty of sleep. So when she and her brother, Joe, are invited to stay with their ‘loony’ Uncle Percy at his stately home, she thinks it’ll be the worst summer ever. What she doesn’t realise is that Bowen Hall is also home to a baby Triceratops, two Sabre-tooth tigers and the mythic hero, Will Scarlet…

‘The Time Hunters’ is a thrilling adventure that takes Becky, Joe, Uncle Percy and Will on a quest through time to find the legendary Golden Fleece.

The Clock is ticking…. 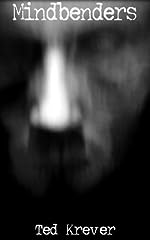 “More Than Just a Thriller.”

Max Renn is a legend of the Soviet mind control program, a genetic experiment, the product of three generations of psychics bred by the state for their power. Before his first mission, the Soviet Union collapses and he disappears.

We meet him twenty years later in the Everglades, keeping as far from people as he can get, until his best friend-his only friend-is murdered and he is forced to assemble a team of people like him to fight the international conspiracy behind the murder. 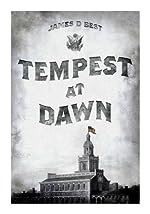 “Highly recommend it to those with an any interest in U.S. history or to anyone who loves a good read with strong characters and a lively plot.”

The United States is on the brink of total collapse. The military has been reduced to near extinction, economic turmoil saps hope, and anarchy threatens, as world powers hover like vultures, eager to devour the remains. In a desperate move, a few powerful men call a secret meeting to plot the overthrow of the government.

Fifty-five men came to Philadelphia May of 1787with a congressional charter to revise the Articles of Confederation. Instead they founded the longest lasting republic in world history.

Tempest at Dawn tells their story.

The Path to Tyranny: A History of Free Society’s Descent into Tyranny 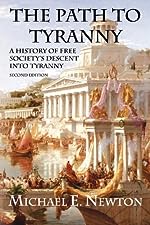 “Should be read by all, regardless of political affiliation.”

Western civilization is risking the return of tyranny by increasing the size and scope of government. Throughout history, free societies descended into tyranny when their populations realized they can use the power of government to give themselves benefits at the expense of others. The Path To Tyranny examines how and why each of these free societies descended into tyranny and evaluates the current prospects for the United States. 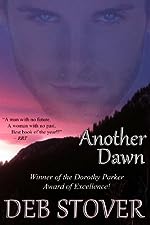 Convicted of a murder he didn’t commit at age 18, Luke Nolan has spent his adult life on Death Row. The night of his execution brings Sofie, a beautiful young doctor who will pronounce him dead, and a benevolent priest to his side. When a freak explosion throws him back to another century along with Sofie, who has lost her memory, he sees a chance for a future in the past–Another Dawn he was never meant to see. As long as Sofie never remembers who he is, of course–or does it really matter a century in the past? Even as his feelings for her grow even stronger than his need to protect her in this strange world…? A man with no future and a woman with no past!