Free Kindle Book: The Religion of the Maya 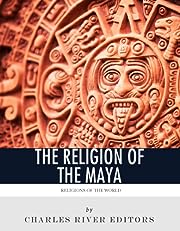