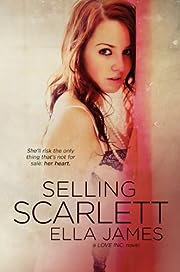 Elizabeth DeVille doesn’t belong at a party like this – one where the gowns cost more than her Camry and cigars run higher than her grad school utility bills. Dragged out of seclusion by her best friend Suri, Elizabeth is merely playing dress-up, rubbing elbows with a crowd that banished her troubled family years ago.

Hunter West is tired. Tired of parties, tired of pretending, and tired of trying to right a wrong that haunts him every day. Bourbon heir and professional poker player by day, by night Hunter is gambling with his life in a high-stakes game of crime and blackmail.

When Elizabeth stumbles into Hunter’s den of vices, she’s a light in the darkness, a flame in the void. And, just like everything he touches, Hunter mars her in a record time. To rectify the damage done, Elizabeth needs money she doesn’t have, and she’s come up with a foolproof way to get it.

Follow Elizabeth – code-named Scarlett – to the lush Nevada brothel where she’ll auction her virginity and risk the only thing that’s not for sale: her heart. The highest bidder is a familiar face, with wicked hands and the devil’s mouth. And a secret so dark that it could cost her life.

Twenty-Eight and a Half Wishes (Rose Gardner Mystery #1) 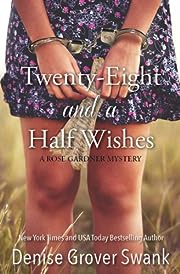 For Rose Gardner, working at the DMV on a Friday afternoon is bad even before she sees a vision of herself dead. She’s had plenty of visions, usually boring ones like someone’s toilet’s overflowed, but she’s never seen one of herself before. When her overbearing momma winds up murdered on her sofa instead, two things are certain: There isn’t enough hydrogen peroxide in the state of Arkansas to get that stain out, and Rose is the prime suspect.
Rose realizes she’s wasted twenty-four years of living and makes a list on the back of a Wal-Mart receipt: twenty-eight things she wants to accomplish before her vision comes true. She’s well on her way with the help of her next door neighbor Joe, who has no trouble teaching Rose the rules of drinking, but won’t help with number fifteen– do more with a man. Joe’s new to town, but it doesn’t take a vision for Rose to realize he’s got plenty secrets of his own.
Somebody thinks Rose has something they want and they’ll do anything to get it. Her house is broken into, someone else she knows is murdered, and suddenly, dying a virgin in the Fenton County jail isn’t her biggest worry after all.

All My Life (A First Things Series) 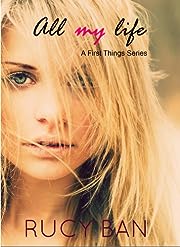 Seventeen-year-old Kari meets Neil Mars. “Neil as in Armstrong and Mars…as in Bruno.” A boy who beats every vampire, werewolf, highlander fantasy Kari has ever had. But she knows she can’t get close to him. Not ever. Because that would mean telling him everything. Coming clean. And Kari can’t bear the idea of changing the way Neil looks at her. Like she’s the only girl in the world. His reverence is something too precious to lose. Perhaps even at the cost of losing him.

But Kari doesn’t know why Neil calls her his ‘Angel’ and when she finds out, she realizes what love is all about. Boundless joy, unending longing and a fuckload of heartache.

Never Let You Fall (The Prophecy of Tyalbrook, Book One) 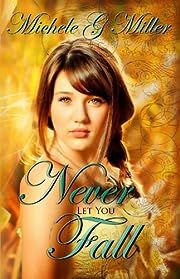 Orphaned at 7, with no memory of her past or the family she lost, 17 year old Skye Martin is tired of being alone and afraid. After a hard night of partying, Skye wakes up alone in an unfamiliar hotel. All she can remember is the deep voice of her rescuer and his promise: “I am safe.”

Xander has been tasked with watching Skye from afar for the past two years, in order to keep her safe from the demons that hunt her. An easy job – until a pair of red glowing eyes reveal themselves to Skye, and Xander, in a moment of weakness, is forced to break his cover to protect her.

Never good at trusting people, Skye is inexplicably drawn to Xander and the immediate bond she feels for him. However, Xander is filled with secrets and ties to her past that threaten to thrust Skye into a world she could never imagine existed…

As she begins to unravel the truth about who Xander is and the details surrounding her family, she discovers that she might just be the key to saving everything…

And, most importantly, she finds that there has always been someone by her side who would never let her fall… 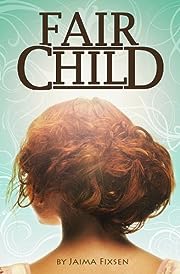 Truth or dare?
Good English families all have a house in the country with a deer park, a trout stream, and an army of gardeners. They should have a son and if it can be managed, he should be handsome. Cleverness isn’t important. Daughters in limited quantities are fine so long as they are pretty. Bastards are inconvenient and best ignored. It’s not a big problem, unless you are one.
Unfortunately, Sophy is.
Sick of her outcast role, she escapes her father’s house, only to fall from her horse during a spring storm. Injured, soaked, and shivering, she stumbles to a stranger’s door—Tom, a blunt edged merchant from a family of vulgar upstarts. Mistaking Sophy for the genuine article, he takes her in.
Sophy can’t resist twisting the truth. Soon she’s caught in her own snare—and it might just be a noose.

END_OF_DOCUMENT_TOKEN_TO_BE_REPLACED 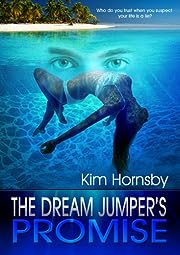 Struggling with her husband’s presumed death, and inconvenient feelings for Jamey Dunn, the man who got away, Tina Greene must solve the case of her husband’s disappearance before she can offer love to anyone else. Especially The Dream Jumper.