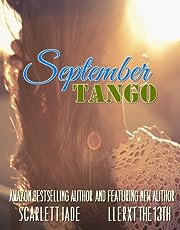 The town of Major is nothing more than a major disappointment for Zoe Parker. She is living in a grey world after the death of her beloved Momma, and can’t seem to shake the growing depression that threatens to consume her. Things only get worse when she discovers her longtime boyfriend is banging every chick in town.
Her daddy is gone most nights, and all she can think about is the boy who really caught her eye in high school more than five years ago… The one with gorgeous dark skin and smoldering eyes… Too bad he was dating her best friend. Now she floats around, moving through the daily routine with small dreams about getting away from the small town, and finding a real man to claim her heart…

Staff Sergeant Calvin Hall of the US Army is finally putting his boots back on American soil for some R&R. It’s been five years since he joined the military, and he hasn’t looked back since. After dealing with his own troubling past, he wants to lay back and enjoy some time to put it all behind him. But fate has other plans for him… A beautiful woman snags his attention the first day in town and the pull between them is too strong to resist. The problem? She is his ex-girlfriend’s best friend, she is just as broken as he is, and he has a war he has to get back to in two weeks.

Who says a summer romance ever has to end? What if thousands of miles and a war separated you? Would you keep dancing? Or would it simply be… a September Tango? 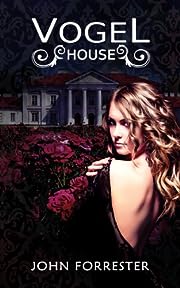 Clarise Chambers is rich, confident, and beautiful. Life is about shopping for designer labels and hanging out at private parties thrown by her older brother Phillip while her parents are off getting drunk.

The carefree, unshakable Clarise is startled by a secret, a secret involving Vogel House, her father and Keary’s father, a secret that threatens to tear her away from Keary and destroy her family. When her father forces her to stay away from Keary, Clarise finds herself caught between fighting for her family’s survival and her passionate romance with Keary. Her obsession for him crashes into the plot of revenge by Keary’s father, whose sole purpose is the destruction of everything she loves in life.

Somewhere My Lass (Somewhere In Time) 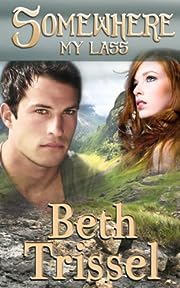 Will Mora and Neil be too late to save a love that began centuries before?

‘‘The MacDonald comes’ warns Mora Campbell when Neil MacKenzie finds the young Scotswoman lying unconscious at the top of his stairs after he discovers his murdered housekeeper slumped at the bottom. Mora’s claim that she’s his fiancé from 1602 and was chased to the future by clan chieftain, Red MacDonald, through ‘the door to nowhere’ seems utter nonsense. Neil thinks she’s addled from the blow to her head until his life spirals into chaos and the avenging Highlander shows up wanting blood. Mora knows the Neil of the future is truly her beloved Niall who disappeared from the past, but he must also remember. And fast.

Although Niall’s kinsmen believe he’s dead, and Mora is now destined to marry his brother, she’s convinced that if she and Neil return to the past, all will be right. The balance of the present and future are in peril if she marries another, and the Neil of the present will cease to exist. The only problem is how to get back to 1602. An ancient relic, the ultimate geek friend, and a little Celtic magic help pave the way back to the enormous challenge that awaits them. If they’re in time. 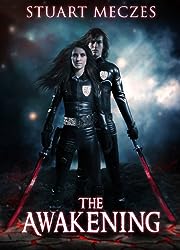 Alexander Eden is one unhappy teenager. A geeky, social pariah, he’s the victim of constant bullying at school. His home life isn’t much better with a stepfather who resents him and a half brother who is better than him at everything.

But that all changes the day the mysterious and beautiful Gabriella De Luca walks into his life. Everyone wants to know her, to be with her. But she is interested in Alex.
Because Alex is different.

Soon afterwards he is thrown into a world he never thought possible. A world where he and others like him are the last line of defence. A world where an ancient unspeakable evil lurks.
Evil which seeks to consume him. 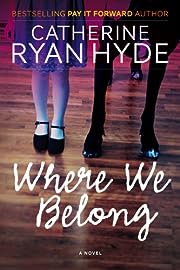 Fourteen-year-old Angie and her mom are poised at the edge of homelessness… again. The problem is her little sister, Sophie. Sophie has an autism-like disorder, and a tendency to shriek. No matter where they live, home never seems to last long.

Until they move in with Aunt Vi, across the fence from a huge black Great Dane who changes everything. Sophie falls in love immediately, and begins to imitate the “inside of the dog,” which, fortunately, is a calm place. The shrieking stops. Everybody begins to breathe again. Until Paul Inverness, the dog’s grumpy, socially isolated owner, moves to the mountains, and it all begins again.

Much to Angie’s humiliation, when they’re thrown out of Aunt Vi’s house, Angie’s mom moves the family to the mountains after Paul and his dog. There, despite a fifty-year difference in their ages, Angie and Paul form a deep friendship, the only close friendship either has known. Angie is able to talk to him about growing up gay, and Paul trusts Angie with his greatest secret, his one dream. When the opportunity arrives, Angie decides to risk everything to help Paul’s dream come true, even their friendship and her one chance at a real home—the only thing she’s dreamed of since her father was killed. A place she can never be thrown out. A place she can feel she belongs.