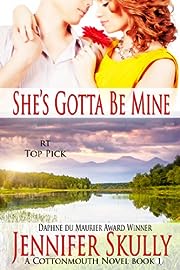 Dumped? For her husband’s high school sweetheart he hasn’t seen in twenty years? Roberta Jones Spivey isn’t going to lay down for that. Instead, she reinvents herself and the new Bobbie Jones—new haircut, new name, new attitude—follows her soon-to-be ex to the small Northern California town of Cottonmouth.

What better way to show him—and his sweetheart—what he’s missing in the brand new Bobbie Jones than taking up with the town’s local bad boy—who’s also reputed to be a serial killer. Nick Angel is devilishly handsome and sexy as all get-out. In a word, perfect.

It’s all going exactly according to plan…until a real murder rocks the little town of Cottonmouth. Of course, Nick didn’t do it…did he?

The Conduit (The Gryphon Series) 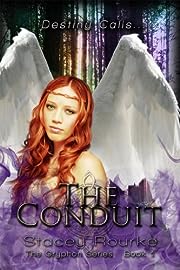 All 18-year-old Celeste Garrett wants is to head off to college and make those fun, yet ill-advised, choices college kids are known for. And maybe to spend some time with the hot cameraman she just met. Instead, because of a pact her ancestors made in the 17th century with a mythical creature, she has to save the world.

While normal kids are slamming energy drinks and cramming for exams, Celeste will get her adrenaline rush fighting a fire breathing dragon. She wants to meet friends in the quad to exchange lecture notes, but first she must exchange blows with a shapeshifting demon on the rooftop. Life isn’t always fair for a superhero, but at least she doesn’t have to do it alone. With her brother and sister as sidekicks, they alternate between saving lives and getting on each others’ nerves. Together the trio encounters unspeakable odds, mystical forces and comes face-to-face with an image that will haunt them forever—their grandmother in a leopard print bikini. 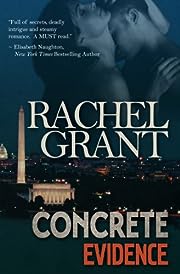 A year ago she lost everything.  Now she wants revenge…

Accused of stealing artifacts from a five-hundred-year-old shipwreck, underwater archaeologist Erica Kesling is determined to clear her name. She’s concealed her past and taken a job certain to give her access to the buyer of the missing antiquities. She’s finally closing in on her goal when she’s distracted by a sexy, charismatic intern who makes her want something other than revenge.

But Lee Scott is no intern. He’s looking for the lead conspirator in an international artifact smuggling scheme, and Erica is his prime suspect.  He’ll do whatever it takes to win her trust and get her to reveal her secrets, even seduce her.

As Erica and Lee struggle to conceal their real agendas, the one thing they can’t hide is the attraction that burns hot between them. When Erica’s quest puts her life in jeopardy, Lee must choose between old loyalties and a woman he never expected to fall for. 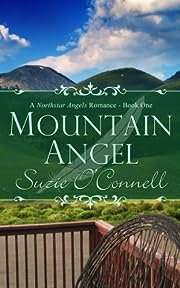 Aelissm Davis figured she would eventually return home to Northstar, Montana, but not like this—out of options, chased to the secluded valley by an obsessive former friend and troubled by memories of her dead fiancé. When a call from her stalker makes it clear he wasn’t deterred, Aelissm asks her overprotective uncle for advice. His decision to send Patrick O’Neil to keep her safe might become an even bigger problem. Pat is a haunted man with a kind smile and sad eyes. Aelissm knows he will leave, but there is something irresistible about him. He could be the best thing to ever happen to her… if she can convince him to stay. 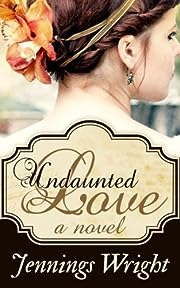 Hugh Byrd, the cold, ambitious patriarch of Byrd’s Creek, is used to getting what he wants. And what he wants is the Colton’s prime land and the destruction of the Colton family. What he doesn’t count on is his own daughter falling in love with Rafe Colton.

Ripped apart by the Civil War, the young couple must find a way to keep their secret love alive. The end of the War should mean a joyous reconciliation, but when Rafe is accused of a terrible crime, he runs away, leaving Livvie behind once again. Will this finally break their bond, or will their love survive?

A sweeping romance set in the South, Undaunted Love is a tale of faith, hope, patience and the redemption of God’s love.