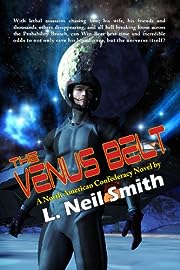 Phoenix Pick’s free eBook for December is L. Neil Smith’s The Venus Belt. The Coupon code for December (good from now through December 31) is 9991305 and the book is available in their online catalogue at www.PPickings.com or click here to enter the coupon code and download.

More than a 150,000 women have been kidnapped without a trace or any ransom demand in the ‘normal’ world run by the Federalists and the bureaucracy. But that is not the only problem, because the freedom loving population in the ‘alternate’ reality of the North American Confederacy are facing their own crises.

People are disappearing across the Probability Broach, including Win Bear’s closest friend, Featherstone-Haugh (who heads the Confederacy), and even Win’s wife and assistant.

Ill (and deadly) winds are blowing and threatening to destroy the Probability Broach as we know it. Win Bear, keeping one step ahead of lethal assassins and fighting incredible odds, must solve multiple apparantly disparate cases that all seem to lead to the end of freedom. 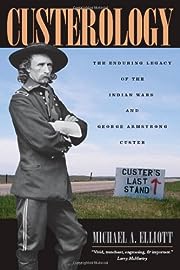 “Custerology: The Enduring Legacy of the Indian Wars and George Armstrong Custer”, by Michael A. Elliott, is the free eBook of the month from University of Chicago Press. Get it from here.

On a hot summer day in 1876, George Armstrong Custer led the Seventh Cavalry to the most famous defeat in U.S. military history. Outnumbered and exhausted, the Seventh Cavalry lost more than half of its 400 men, and every soldier under Custer’s direct command was killed.

It’s easy to understand why this tremendous defeat shocked the American public at the time. But with Custerology, Michael A. Elliott tackles the far more complicated question of why the battle still haunts the American imagination today. Weaving vivid historical accounts of Custer at Little Bighorn with contemporary commemorations that range from battle reenactments to the unfinished Crazy Horse memorial, Elliott reveals a Custer and a West whose legacies are still vigorously contested. He takes readers to each of the important places of Custer’s life, from his Civil War home in Michigan to the site of his famous demise, and introduces us to Native American activists, Park Service rangers, and devoted history buffs along the way. Elliott shows how Custer and the Indian Wars continue to be both a powerful symbol of America’s bloody past and a crucial key to understanding the nation’s multicultural present.