When the Siren Calls 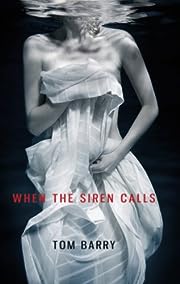 A story of seduction, deception and betrayal…

When restless and neglected Isobel is invited to an idyllic Tuscan retreat by the suave and streetwise Jay, she imagines a life of excitement outside her stagnant marriage. Despite fear and guilt, she abandons herself in a passionate love affair, but is soon trapped in a web of feminine manipulation, business intrigue, and ruthless ambition, while controlling Jay encourages conservative Isobel to push beyond her sexual boundaries.

But all is not as it seems in the hilltop paradise and as her lover battles for survival, she finds herself a player in a dangerous love triangle. Unable to know who she can trust, she must fight to control both her own cravings and to save what little of herself is left. As her life falls apart, she is torn between the consequences of infidelity, her love for Jay, and fear that he will be her nemesis. For both Isobel and Jay, the excesses and confusions of an uncertain and largely amoral age are about to be brought home to roost, right in the heart of their lives. 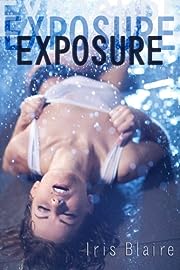 Her friends know her as Evan Cosette, a biochemistry major with a flawless GPA.

East Park Exposed has kept Evan’s tuition paid. All she has to do is keep up the naïve school-girl disguise when she’s on campus and her secret is safe, her two worlds separate.

When the magazine runs a co-ed shoot to broaden readership, Evan’s partner is a gorgeous and disgustingly brilliant grad student. Evan doesn’t know how much of Dallas Whitley she’ll be able to handle, especially when he wants to study with her outside the studio. She promises herself that she can just be friends with Dallas. He has a girlfriend, after all. And Evan needs to focus.

She can’t when the co-ed printing brings sales through the roof.

She can’t when her photographer wants to crank the heat for the next issue.

Every steamy shoot leaves Evan gasping for breath, her true feelings for Dallas clouded by their camera-charade. But the more time she spends with him in the real world, the more she risks someone finding out the truth about her.

She needs to decide.

Who gets Dallas—Rylan, or Evan?

The Doctor Wears A Stetson (The Diamondback Ranch Series #1)

Jessie Kincaid was fifteen and innocent when Cameron asked her to the prom. She lost her heart that night, but his plans didn’t change. He left their small town to pursue his dreams.

Seventeen years later, a trip home leads Cameron McCade back to Salt Fork, Texas and the newly widowed Jessie Devine. Since his return, the fire between them burns as hot as ever. Can they take up where they left off? Can Jessie risk her heart again? 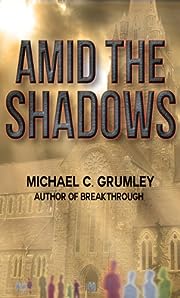 A six-year-old girl is born with an unimaginable gift.
One person wants to extinguish it.
Another wants to protect it.

After her mother is violently murdered, young Sarah Baxter ends up in the care of a new and inexperienced social worker with problems of her own. But when Christine Rose and Sarah both get thrown into a terrifying conspiracy, Christine discovers that someone will stop at nothing to rid the world of Sarah’s ability. Now the only thing that really matters is keeping Sarah alive! 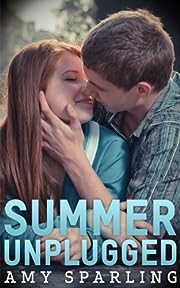 Summer Unplugged is a novella.

Bayleigh is addicted to her cell phone and her mom has had enough. After catching her sending a less than lady-like photo to a boy who barely knows her, Bayleigh’s mom sends her away to her grandparent’s house for the summer–sans cell phone, laptop and Ipod. Bayleigh thinks the summer will be torture without social media…that is until she meets the boy next door.