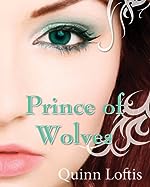 “After reading this book I just had to buy the entire series and I read through them all within 3 days!”

Jacque Pierce was just an ordinary 17 year old girl getting ready to start her senior year in high school in Coldspring, Texas. When a mysterious foreign exchange student from Romania moves in across the street, Jacque and her two best friends, Sally and Jen, don’t realize the last two weeks of their summer was going to get a lot more interesting. From the moment Jacque sets eyes on Fane she feels an instant connection, a pull like a moth to a flame. Little does she know that the flame she is drawn to is actually a Canis Lupus, werewolf, and she just happens to be his mate; the other half of his soul. The problem is Fane is not the only wolf in Coldspring, Texas. Just as Fane and Jacque are getting to know each other, another wolf steps out to try and claim Jacque as his mate. Fane will now have to fight for the right to complete the mating bond, something that is his right by birth but is being denied him by a crazed Alpha. Will the love Fane has for Jacque be enough to give him the strength to defeat his enemy, will Jacque accept that she is Fane’s mate and complete the bond between them?

An Act of Self-Defense 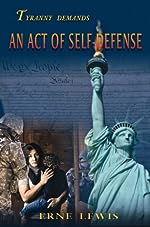 “The story is compelling, timely and thought-provoking.”

It is ten years into the future and the nation’s government is nearing financial and moral collapse. A small group (the TLR) believes deadly force is necessary to save individual liberty from the two-party political aristocracy that divides and controls Congress. They believe dictatorial powers will soon be claimed by the federal government. They announce to the nation . . . and ours is the only form of revolution now possible. But it has this advantage. If lives must be taken, only ours or those that have stolen our lives will be required to forfeit theirs.
They give Congress three days . . . to approve their proposed Term Limits Amendment to the Constitution that prevents professional politicians from serving in Congress. Or, unless they first resign, the long term incumbents will be term-limited in the only way they leave us. 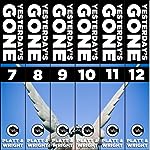 “Well written, lots of action, some great characters that are blended expertly together to make a memorable series.”

On October 15, everyone in the world vanished.

Some were left behind, attempting to piece together what happened, find their loved ones, and survive.

One man finds himself on a mysterious island that holds secrets, and perhaps even answers, to what happened on October 15.

A group finds itself taking refuge at The Sanctuary, a religious compound with an enigmatic leader called The Prophet.

A serial killer finds himself leading an unlikely group of survivors.

A young man searches to prove himself to his group, and avoid being bullied ever again.

A young child is called to perform another miracle at great personal cost. 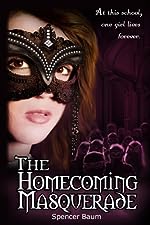 “This is a smart, snappy book.”

In a posh suburb of the nation’s capital, at the most exclusive high school in the world, the vampires who secretly run the government have created a game for America’s daughters of privilege. Show up to Homecoming in a black dress and you’ve entered yourself in a contest where the winner becomes a vampire, and the loser becomes the winner’s first victim.

Only the wealthiest, most connected students can hope to win, so when new girl Nicky Bloom wears a black dress to Homecoming, everyone assumes she has a death wish. They don’t know that Nicky has her own agenda. As the dance continues into the night, they will find out that Nicky Bloom is far more than she seems. 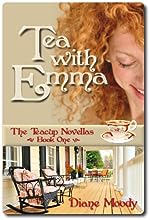 “If you’re looking for a fast and fun read, I highly recommend Tea With Emma.”

Fresh from a Jane Austen tour in England, Maddie Cooper returns home to Texas, determined to bring a touch of “Austen to Austin.” She dreams of opening an authentic English tea room and, like Austen’s Emma, put into practice her self-proclaimed gift as a matchmaker. But an airport mishap with a cranky Englishman gets her off on the wrong foot (quite literally), especially when he moves into the university guest house across the street. Can Maddie find a love for her unapproachable new neighbor, or has she finally met her match?

this I know – Sarah’s Confession 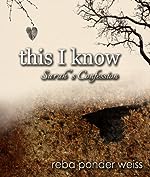 A recluse emerges from the backwoods on the eve of his son’s romantic, southern wedding. Dinner spirals into chaos when the self-proclaimed prophet announces he hears spiritual messages straight from God. The voices tell him to prepare the way for the end of the world. His disturbing words find foothold in undeniable facts as disbelief dissolves into terror. Those who gathered to celebrate are suddenly faced with an unthinkable dilemma. They must follow him into a remote, secret sanctuary, prepared exclusively survival… or they can die. As apocalyptic events begin to unfold, the ancient battle of darkness and light quickly becomes a modern reality. 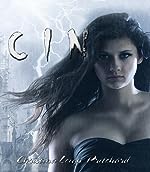 “This is a story that’ll keep you interested until the very end.”

Seventeen year old Lisa Brown’s life is falling apart. First, her mother and father divorce, then their house forecloses and now, her mother has decided to commit herself to a psychiatric hospital.

If that weren’t enough, she must leave sunny south Florida to attend a boarding school full of geniuses in cold, Lynn, Massachusetts. The city where the locals chant “Lynn, Lynn, city of sin; you never come out the way you went in.”

And, they aren’t kidding. Lisa must live in a tiny shack with two strange teenagers, a dog named Pig who growls when you look at him and a cat named Rat. “Mind the cat,” everyone says. What the heck is wrong with this place?

Lisa thinks she’s landed in her own house of horrors with the anti-social Alex and his facetious sister Ally. But, the real drama begins the day she is struck by lightning…

It Rains In February: A Wife’s Memoir of Love and Loss 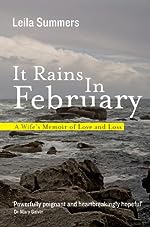 “The memoir was raw with emotion and was written beautifully.”

On the 24th of February 2007 my husband, Stuart, drowned himself at sea, leaving me widowed with two young daughters aged six and four. I knew it wasn’t an accident, even though the medics and police never suspected suicide. Stuart had been talking about ending his life for a year. His most recent suicide attempt had been only three weeks earlier. Afterwards, he explained that day as the most peaceful day of his life. Sitting next to the dam, he smoked his last cigarette. He drank a hundred sleeping pills and did a final check to make sure everything would look like an accident. The last thing he remembered was swimming out into the crystal clear water. He said that he was no longer scared of dying, that there was nothing scary about it. Living was the scary thing.

Sandcastle and Other Stories 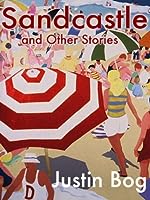 “As a lover of the short story genre, I consider this to be a terrific first collection.”

Ten literary, psychological, and suspense tales collected in Sandcastle and Other Stories are nothing short of an adventure through a roiling sea of emotion. An old man twisted by fate and a lost love . . . a young girl playing on the ocean shore becomes entangled in nets of a mercurial god . . . a divorced man mired in troubles, coerced into taking a singles’ cruise . . . a Hollywood actor in a television drama, always typecast as the bad boy . . . a child kept awake by night terrors, and a woman who hides her secretive personality from everyone on the beach one sunny day. Genuine voices of the characters, mixed with a clear-eyed tonal directness, make this a series with mesmerizing psychological interaction. Stories span a broad depth of human understanding and build a bridge between deepest chasms of pain and high portals of joy. Read Sandcastles and Other Stories and stand witness to unspeakable hate sitting with cozy wile, right beside unconditional love — a provocative and compelling mirror on the human condition. 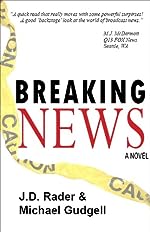 “It will grab your attention early, move through twists at a fast pace, and keep you reading throughout the entire book.”

Despite ABS News producer Bill Ramey’s distaste for seamy news stories, he pursues evidence that links Senator Gerald Smith to the disappearance of a beautiful blond coed. Nothing is as it appears and soon Bill uncovers dark secrets that someone would kill to protect. As the news story unfolds Bill Ramey and Senator Smith are swept into the funnel of a media tornado that neither of them can control. Though Bill tries to hang on to his integrity, he becomes one of the players in a dangerous game of media manipulation.