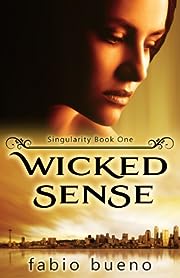 Witches inhabit our world, organized in covens and hiding behind a shroud of secrecy–the Veil.

Skye’s London coven sends her to Seattle’s Greenwood High to find the Singularity, an unusually gifted witch who may break the Veil and trigger a dangerous new era of witch-hunting. Things get complicated when Skye meets a charming new classmate, Drake. Skye’s job becomes even trickier when she clashes with Jane, an intimidating rival witch.

Drake falls for the mysterious Skye, but odd accidents, potion mix-ups, and the occasional brush with death kind of get in the way of romance. Once he discovers Skye is a witch, he goes to war for her, even though his only weapons are a nice set of abs and a sharp sense of humor.

Fighting off wicked Jane and the other dark forces hell-bent on seizing the Singularity’s immense power, Skye and Drake will risk everything to save the covens.

Going on a date has never been harder. 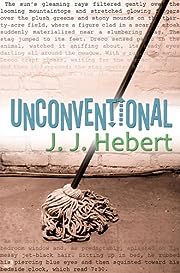 Young James Frost just knows, deep in his bones, that he’s a writer. He writes far into early mornings, after his wearying hours of scrubbing toilets and sweeping floors. He loves writing that much.

But it’s not only the joy of words that keeps him grinding; it’s his desire to retire the janitor’s mop. He sees being published as the key to living an improved life. James has another deep-seated conviction: that he’s not good enough. He secretly longs to be accepted. However, the conventional others in his life seem all too willing to remind him that he’s wasting his time.

Then he meets and falls in love with Leigh, the one bright spot in his endless misery of self-doubt. A quiet but resolutely religious girl, she has to fight off disapproval of her own from overly critical parents, whose insults are countered by James’s often-voiced admiration of her. Likewise, Leigh’s faith in his talents begins to build his confidence, eventually allowing her to introduce him to a different way to help himself: relying on God.

Ultimately, James’s newfound faith is sorely tested to the point of doubt when his dream to be published seems to melt into a mirage, smothered by countless rejection slips from agents and publishers. His faith is also battered by having to fight highly emotional battles and suffer fear and loss. Just when James appears hopelessly sapped by devastating events, one last door opens, and he’s rocked by an epiphany. 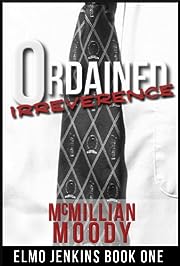 Ordained Irreverence is a very funny novel about a young church intern named Elmo Jenkins who’s learning the ropes in a big downtown church. It’s loaded with humorous, awkward, and even touching stories, many of which were inspired by the author’s own experiences. The cast of characters filling the pews at First Church keep Elmo on his toes and more than a little bewildered at times. Woven throughout Elmo’s adventures is a hundred-year-old mystery he’s determined to solve and even a chance at romance along the way. McMillian Moody’s fast-paced, laugh-out-loud novel will bring a smile to even the most backslidden amongst its readers. 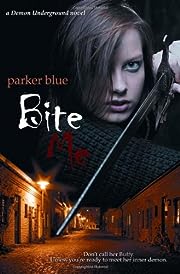 Book One of the Demon Underground Series. Barely eighteen-year-old heroine Valentine Shapiro got a raw deal in the parent lottery. Her father was part incubus demon, and her mother’s never forgiven her for that.Life after high school is tough enough without having to go 15 rounds with your inner demon. Thrown out of the house by her mother, Val puts one foot in front of the other and does the only thing that seems to make any sense–she takes aim at the town vampires. A stake a day, keeps the demon at bay. (But don’t call her Buffy. That makes Lola, her demon, very cranky.) Her dark side makes everyday life a roller coaster, but means she’s perfect for her night job as a bounty hunter. San Antonio’s vampires are out of control, and it’s up to Val, her faithful hellhound Fang, and her new partner, a handsome San Antonio police detective, to get the deadly fangbangers off the city streets. Soon enough she finds herself deep in the underbelly of the city, discovering the secrets of the Demon Underground and fighting to save those she loves. Whether they love her back or not. 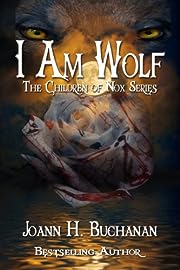 Angel, hero, monster, devil–we all become what we really are.
Jonah has been sent to Sister’s Oregon to live with his grandparents on the Reservation and he has no idea why. His entire life has been turned upside down and to top it off, a mysterious voice has been whispering strange things in his mind. Life couldn’t get much worse for Jonah.

Upon his arrival, Jonah learns he is coming into powers handed down by his ancestors. He reacquaints himself with is old friends and falls in love with Alaynee. Their world is shattered by the kidnapping of Alaynee’s little brother, Jonah breaks the cardinal rule of his gift and bites the kidnapper, creating a creature called the unnatural. This sends him and all his friends on an adventure across the states to a place in Tennessee. There they find not only must they stop the unnatural creature, but they must save Cara–the girl the creature is after. Jonah must ask himself the most important question of all, would you sacrifice yourself to save another? 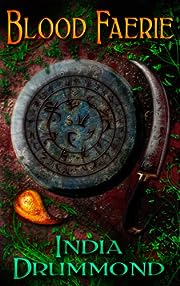 Unjustly sentenced to death, Eilidh ran–away from faerie lands, to the streets of Perth, Scotland. Just as she has grown accustomed to exile, local police discover a mutilated body outside the abandoned church where she lives. Recognising the murder as the work of one of her own kind, Eilidh must choose: flee, or learn to tap into the forbidden magic that cost her everything. 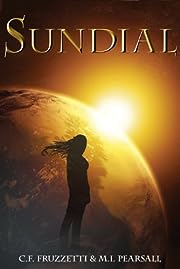 It is 1988 and teenager Whitney Forbes thought her biggest problem was surviving high school and determining if there was more to handsome Reid Wallace than just his looks and popularity. She was wrong. Her problems were about to get a lot more complicated.

Whitney always knew she was special. But when she discovers she is more “special” than she ever imagined, surviving another school day outside her posh D.C. suburb takes on a whole new meaning. Caught in the middle of a CIA plot and her undeniable magnetic attraction to Reid, she will need to decide who she can trust and what it means to become the Sundial…before she risks her heart and an alarming plan goes into motion.

SUNDIAL is an epic adventure full of romantic intrigue that questions the bonds of love and trust as well as social and economic issues. It unflinchingly dares its characters to overcome adversity to survive and nothing is quite as it seems in this character driven suspense that has a high intensity ending! 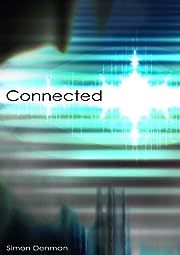 CONNECTED is a mystery thriller with a touch of speculative science and philosophy, which reached No.1 in Amazon UK’s Bestseller lists for both Thrillers and Science Fiction within 5 days of release.

Beginning with the funeral of a renowned classical violinist in a sleepy rural hamlet in the lake district, a former theoretical physicist tries to make sense of his brother’s suicide. Across the country, a university student, enjoying the unexpected attentions of an enigmatic seductress, is disturbed when his best friend falls to his death from the thirteenth floor of a neighbouring campus tower block.

As each tries to unravel the mystery behind the apparent suicides, they are drawn into an obsessive search for a computer-generated video sequence, with startling effects on human consciousness, and which might just pave the way for discovery of the ultimate Theory of Everything.

The Tragedy of Knowledge 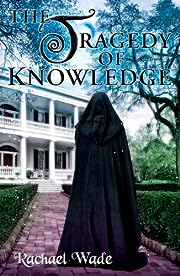 After arranging a hopeful but risky alliance during their visit to the Amaranthian realm, Camille, Gavin, and the resistance don’t have much time to recover from their failed mission. Forced to create a new strategy to achieve their goal, they embark on a different mission—one that possibly holds the missing key to their quest for victory, and their deadliest one yet.

As they attempt round two to restore peace and freedom for their kind, they must rely on help from the living, the bayous, and beyond to decipher allies from enemies, good magic from bad, and whether the source claiming to lead the way to their destiny can be trusted. Racing against the clock to solve the mystery of their fate, they find the battle has come right to their doorstep, and this time, everyone must pay a price.

In this 2012 Man Booker Prize nominee, Joe spots a body in the swimming pool of their French holiday villa. Her name is Kitty Finch, and she walks naked from the water and into their holiday. It’s a subversive study of love that brilliantly explores the devastating nature of secrets.

Awakening with a scarred body in a bleak landscape, Cass Dollar recalls surviving something terrible. She realizes Ruthie has vanished, along with most of civilization. Searching for Ruthie, Cass finds survivors don’t trust her, for she was a zombie who somehow transformed back. But one does help, the outlaw named Smoke.

Kathleen Witte is a down-to-earth girl, which is required with the family ranch nearing success. Now, after seven months of keeping it all together by swearing off men, Kathleen needs some fun in the sun. However, waking up with a husband she can’t remember isn’t how she planned to unwind.

Edgar Award-winning author Mary Dowing Hahn’s contemporary thriller for young readers, Closed for the Season, has action, mystery, and a surreal tone. The story follows two 13-year-old boys, Arthur and Logan, working to solve a murder that took place years ago in the old house Logan’s family just moved into.