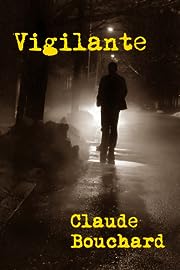 Montreal . . . the long, hot summer of 1996. . .
. . . and in the dark of night, moving like a shadowy wraith, a vigilante prowls the city’s streets.
The targets of his bloody rampage: the worst of the worst.
Murderers. Gangbangers. Rapists.
Six months. Sixteen murders. The harried police are still without a clue . . .
. . . until the day they receive an email from the assassin himself.
Lieutenant Dave McCall, head of Montreal’s Special Homicide Task Force, needs help to crack the secrets of the killer’s taunting message. He calls on an expert–Chris Barry, who runs a security firm specializing in computer communications.
Together, McCall and Barry launch a grim quest to track down a man who preys on predators–an urgent quest to bring this remorseless killer to justice.
But whose justice will prevail: theirs–or the vigilante’s? 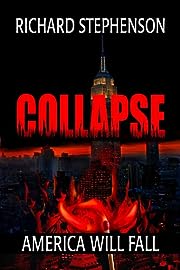 America is falling, ready to join the Roman Empire as a distant memory in the annals of history. The year is 2027. Tired and desperate, the American people are deep in the middle of The Second Great Depression. The Florida coastline is in ruins from the most powerful hurricane on record; a second just like it is bearing down on the state of Texas. For the first time in history, the Middle East has united as one and amassed the most formidable army the world has seen since the Third Reich. A hidden army of terrorists is on American soil. This is the story of three men: Howard Beck, the world’s richest man, also diagnosed with Asperger’s Syndrome. Richard Dupree, ex-Navy SEAL turned escaped convict. Maxwell Harris, a crippled, burned out Chief of Police of a small Texas town. At first they must fight for their own survival against impossible odds. Finally, the three men must band together to save their beloved country from collapse. 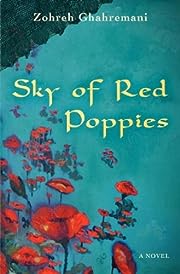 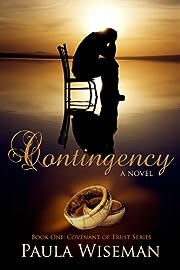 Where was God? Bobbi Molinsky’s comfortable life is shattered when a forwarded email from her husband’s account lands in her inbox. The email teases, “My whole evening is free again.” After an angry confrontation with Chuck, she is left with the broken remains of an eighteen year marriage. Where is God? Bobbi agrees forgiving Chuck is the right thing, the God-honoring thing to do, but it leaves her empty and isolated. Teaching her second-graders is a burden. Taking care of her boys saps all her energy. It seems God Himself has walked away, leaving her to struggle alone. Is God faithful? Bobbi can’t deny the transformation in Chuck, but genuine forgiveness requires trust, and trust is a risk she’s not willing to take. Can she let go of her deepest, most primal fears and save her marriage?

The Wife of Reilly 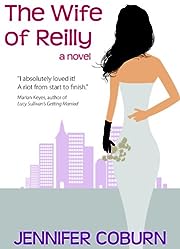 A romantic comedy about a woman who secretly tries to find a new wife for her soon-to-be ex-husband.

“I absolutely love it! A riot from start to finish.” Marion Keyes, author of Sushi For Beginners

“For those of us who spend the odd night thinking about the one who got away.” Jane Green, author of Mr. Maybe 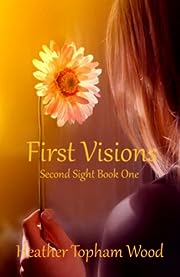 Two years ago, 21-year-old Kate Edwards became deathly ill and slipped into a coma. While unconscious, she crept into the mind of a missing boy and awoke with the knowledge of his location. Friends and family were skeptical and wary of her new ability to see into the minds of others. Their fears prompted Kate to keep her psychic powers a secret. Feeling alienated, she dropped out of college and spent most of her days holed up at her mother’s home.

Now another child has been abducted. Police detective Jared Corbett seeks out Kate for her help in solving the case. Reluctantly, Kate agrees and they must work together to bring 8-year-old Cori Preston home to her family. Although attracted to one another, Jared has a girlfriend with ties to the abduction case and Kate is sarcastic and guarded since her coma. With visions she can’t control and an uncontrollable attraction to the detective, she wonders if she can leave the past behind and finally stop hiding from the world. Otherwise, Cori may be lost forever.

The Stranger Beside You (A Thriller) 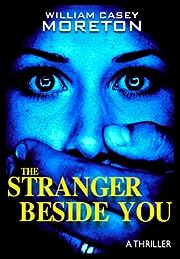 For fans of Harlan Coben, Mary Higgins Clark, Lisa Gardner, and Lisa Scottoline, here is white-knuckle suspense at its finest:
How well do you really know the person in bed beside you?
Brynn Nelson is living the American dream. She has a nice home in the suburbs, a husband working on Wall Street, and two fabulous kids. But when the FBI rings the doorbell at midnight, storming her home and arresting her husband Tom for murder, her peaceful world is shattered.
When Tom is killed under mysterious circumstances within hours of his arrest,
Brynn finds herself following a trail of cryptic clues planted by Tom himself. Soon it’s clear that her husband was leading a secret life, and now those same secrets threaten to kill her next. 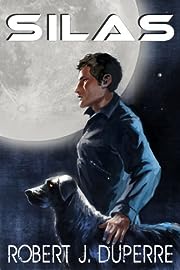 Ken Lowery is a man at odds with his life. He hates his job, is disappointed in his marriage, and feels resigned to leading a mundane existence.

That all changes when his wife brings home a rambunctious Black Labrador puppy named Silas, who forges a remarkable connection with Ken and begins to heal his inner turmoil. When some neighborhood children start to go missing, he takes it upon himself to protect those around him and is thrust into a surreal world where monsters roam.  Not everything is what it seems to be, he soon discovers, including his new best friend. 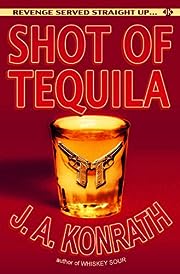 A GUTSY ROBBERY
Several million bucks, stolen from the mob…

A PERFECT FRAME
All caught on video, with no chance of redemption…

A RED HOT RECIPE FOR RAMPAGING REVENGE
Now one man must face the entire Chicago Outfit, a group of hardened Mafia enforcers, a psychotic bookie, the most dangerous hitman on earth, and Detective Jacqueline Daniels…

His name is Tequila. And he likes those odds.

Shot of Tequila takes place in the early 1990s, and is both an homage to and a re-envisioning of classic action novels by authors like Mickey Spillane, Ross MacDonald, Donald Westlake, and Elmore Leonard, but with a more modern twist.
The breakneck action is intercut with scenes featuring Konrath’s series hero Jack Daniels, here as a supporting character chasing the main protagonist.
Edge-of-your-seat suspense, non-stop action, and dark humor punctuate this heist novel/fugitive-on-the-run thriller. Fans of Konrath’s police procedurals will enjoy the slight departure from his normal writing style, while still finding familiarity with the setting and characters. 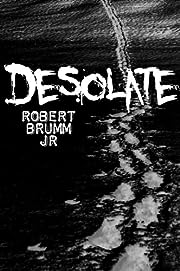 Howard Bell thought he hit rock bottom the day he returned to his former employer with a loaded gun. Instead of putting a scare into his ex-boss as he intended, things quickly get out of hand, and he kills five people. Howard is sentenced to life at an experimental prison camp off the coast of Antarctica, and he soon learns the true definition of “rock bottom.” Prison life at the remote island involves back-breaking work in the illegal mine run by the corrupt warden and his abusive guards. After a mysterious object is discovered deep in the mine, the inmates and staff start dying from an unknown infection. Howard is lucky to find himself one of the few survivors immune to the pathogen, but he and his fellow inmates learn something far more sinister and terrifying also has emerged from the mine. The truly lucky ones are already dead.

This book is intended to be read by adults and may be unsuitable for children under 17. Contains indecent language and descriptions of graphic violence. 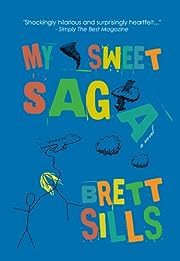 At nearly 30 years old, Brandon is barely able to make it through life, much less enjoy it. He is weeks away from what should be one of the happiest days of his life, his wedding day to his fiancée, Clarissa, but his attention is distracted when his estranged, erratic, and oddly eccentric father suddenly reappears with a bizarre demand: to accompany him to Stockholm, Sweden, where they will meet a local who he claims will change their lives. Desperate for even a brief escape from his reality, Brandon reluctantly goes with his father, ready for a disaster. But his life completely changes the moment he meets the mysterious Swedish man’s daughter, Saga. On a cobblestone street in the middle of Stockholm, Brandon reawakens to life, but struggles to navigate the messy love triangle with Saga and his fiancée, which includes multiple arrests, hospital stays, terrorist bombs, acts of heroism and foolishness, family secrets, and even a bit of public nudity.

Fans of “Girl With A Dragon Tattoo” will relish their return to Stockholm in this smart, whimsical, yet romantic tale from an American’s point of view. It’s the perfect book for an international flight. 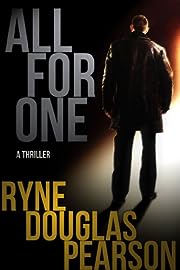 Mary Austin is the kind of teacher that parents adore and children wish for. Firm and compassionate, a guiding light in their lives, she would do anything to protect her students.
But that loyalty is tested when the school’s sadistic bully is found dead on campus, and suspicion falls on six children in her class. None willing to talk. To point the finger.
To reveal the killer.
Faced with this, Mary finds herself confronted with dark memories from her own childhood. Fragmentary flashes from the past that test the bounds of her reality, the onslaught worsening when a tenacious detective is brought in to close the case.
On loan from the Seattle Police Department, Detective Dooley Ashe is plagued by his own demons, but focuses on breaking through the wall of silence the children have erected. Up against a town indifferent toward the crime and suspects virtually untouchable by the law, Dooley turns to Mary as an avenue to the truth.
As an unlikely closeness develops between Dooley and Mary, the suspected children close ranks, worried that one of their own is ready to break and give the detective what he wants.
But when unseen adversaries push back, with both damaging and deadly results, Dooley and Mary are forced to face their personal limits as they each discover the unthinkable identity of the killer. 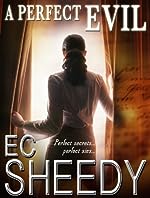 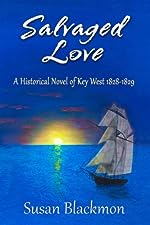 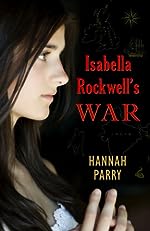 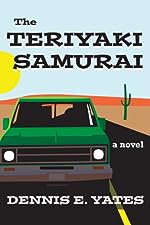 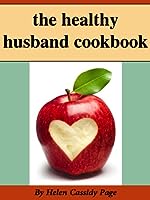