The Edge of Trust 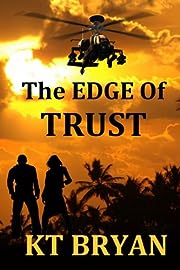 When EDGE operative Dillon Caldwell was given a mission to infiltrate the Sanchez Drug Cartel and bring down its head, Rafael Sanchez, Dillon figured it would be a long, grueling year that he might not survive. He had no idea it would be three horrific, gut-churning years, or that the price paid for his efforts would be a nightmare worse than abject failure.

Then, after his cover was blown, he watched in horror as his wife was slain in front of him. His parents were next. And his sister, who died, broken and burning, in his arms.

Dillon, wracked by loss and guilt, is nearly rabid in his hunt for Sanchez, intent on ending his reign of terror. What he finds along the way, though, will change everything Dillon thought he knew to be true. Washed up on a nearby beach, badly beaten and suffering from exposure, is the woman he thought dead for the past twelve months. His wife Sara is alive.

This Time You Lose 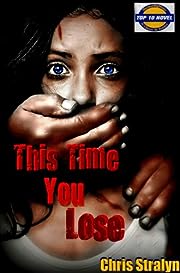 What would you do if street thugs invaded your home? What if you’re a daycare provider, caring for a dozen children at the time? Lisa Kaamp, a most unlikely heroine, faces just such a nightmare in This Time You Lose, the suspense driven story of one woman’s struggle to survive when she and the children she cares for become victims of a home invasion gone terribly wrong.

Lisa Kaamp operates a small childcare business out of her home in Nogeksum, Michigan. Highly respected and known for going the extra mile for her daycare kids, she thinks she’s handled every daycare emergency possible. But nothing prepares her for the horror she now faces.

Lisa finds herself bound and gagged, four strange men in her home, and the daycare children held hostage in the next room. Terrorized by her captors as the authorities work to meet the ransom deadline, she tries negotiating with the men for the release of the children, but soon realizes they have no intention of letting anyone go.

With the deadline approaching, Lisa must do the unimaginable to protect the children and get everyone out alive.

A Cowboy for Christmas 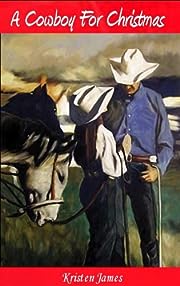 When her estranged brother passes, Missy is suddenly an unwanted co-owner to Ocean View Stables by Florence, Oregon. Missy wants to start over somewhere new after her old boss burned her. She’s jobless and has a wrongly ruined reputation, so this works out perfectly . . . until she meets the cowboy running the place. Brent built his dream with determination and his two hands; he’s responsible for everything that happens there. Secretly, he feels responsible that his former partner died. He also doesn’t hide his belief that Missy won’t stick around. Women tend to take off on him so why would she be any different? They both have a past that can ruin their future. Can he trust her to stay? Can she trust him with her heart? 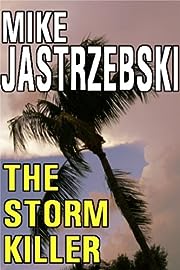 Time: 1935. Place: New York City. Crime beat reporter Jim Locke gets sucked into a quagmire of death, deceit, and danger when his actress sister is murdered – and he becomes the prime suspect. When he uncovers a pattern of similar murders, he is convinced that a serial killer is on the loose. But the police aren’t buying it, and it’s up to Jim to stop the madman. The hunt takes him from the grimy streets and smoke-filled bars of Manhattan to deceptively laid-back Key West, just as a killer storm bears down on the island. 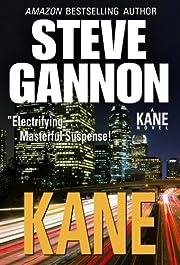 Los Angeles is terrorized by a series of murders. One man can stop the killer: Detective Daniel Kane. But for Kane–devastated by personal tragedy and haunted by a secret that could destroy his family–to do so may cost him everything, even his life . . .

At times chilling, funny, and occasionally brutal, Kane is a nonstop thriller filled with complex characters, surprising twists, and unforgettable scenes. From a political firestorm that sends the investigation spinning out of control to an unexpected, breathtaking climax, Kane will keep you in suspense until the turn of the final heart-pounding page. 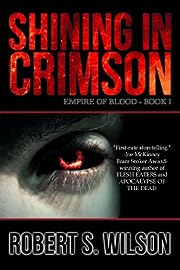 Set in a dystopian, religiously-demented American Empire, the city of Las Vegas is no longer a city of sin. Now called Necropolis, it is a city that eats sin. The vampires of Necropolis wait patiently for the Empire’s weekly drop off of guilty Penitents; sinners and criminals full of fresh blood.

Hank Evans is one of those Penitents and he would gladly let the vampires take every drop of his blood if it weren’t for one detail: Toby. Toby is Hank’s only son. Now, Hank must do whatever it takes to escape the city of the dead and save his son from an Empire as bloodthirsty as the vampires it uses to keep its people in line. 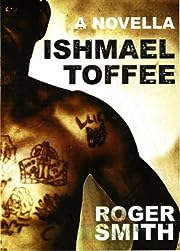 HE’S KILLED MORE MEN THAN HE CAN REMEMBER, BUT CAN HE SAVE A CHILD?
Ishmael Toffee’s knife put him behind bars and kept him there for twenty years as a prison gang assassin until he lost his taste for blood. Paroled, he finds himself with no money and no family. And no knife in his hand.

He gets a job as a gardener at the luxurious home of a prominent lawyer and makes an unexpected friend–Cindy, the lawyer’s six-year-old daughter. When Ishmael discovers that Cindy is being raped by her father he must choose: abandon the girl and walk away, or do what he does best . . .

A gut-wrenching novella of violence and redemption from the award-winning author of DUST DEVILS, WAKE UP DEAD and MIXED BLOOD.

A Touch of Magic 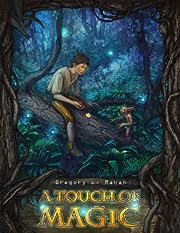 What’s a young mage to do in a land where magic is illegal, and the penalty is death?

At the age of fourteen, Randall Miller is surprised to learn that he has the talent–for magic! Tricked into apprenticeship by a powerful Mage, Randall is forced to leave everything he knows behind.

When his mentor is killed by Aiden, head of the secret police, he flees for his life, stumbling from one misadventure into another. Teaming up with a trio of greedy traders and a capricious imp along the way, Randall must learn to master his budding power, or die at the hands of the Rooks!