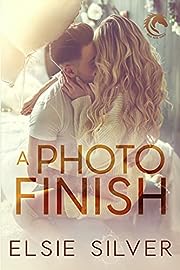 I’ve seen every square inch of Violet Eaton’s delectable body and she has no idea who I am.

What happened between us online, in our chats, was meant to stay anonymous and in the past.

It’s a small world, but Ruby Creek is even smaller. When I move to the tiny town, the grumpy facade I’ve created slips when we’re forced to live under the same roof.

Every flush of her cheeks, every time her eyes flare with heat, every time she begs me not to stop, the ice I’ve encased myself in melts. She has me wanting things I can’t want. Things I’ve been dreaming about since I first laid eyes on her two years ago—things I don’t deserve.

But my invisible wounds have the power to ruin us both. As a former soldier, I should have the discipline to walk away, but the more I open up to Violet, the more I want to keep her.

Kemp: The Road to Crécy (Arrows of Albion Book 1) 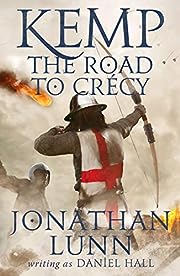 An epic Medieval adventure of the Hundred Years War
When Martin Kemp joins the English army in order to avoid the hangman, he may just be delaying the inevitable.

While he remains hopeful that at least there’s the chance for some heroics, the reality is very different.

Kemp’s war is instead a terrifying odyssey through the panic and confusion of his first battle, the brutal realities of siege warfare, and eventually to the field of Crécy, where he faces the armoured might of the French nobility. But as an elite longbowman, when it comes to winning or losing, he could have a vital – though dangerous – part to play. 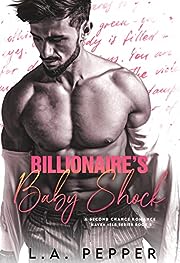 My Dad warned me Never. Trust. A Lockhart.

He had drilled in into me, again and again.

I was a Kent, and the Lockharts, were our enemies.

Their beauty could blind you.

Beautiful dark blonde, sun-streaked hair, beautiful blue eyes and the longest eyelashes I have ever seen.

But I knew, they were conceited windbags who would lie to your face and stab you in the back as soon as you turned away.

When she slipped through the door a thrill went through me.

She was forbidden fruit.

We were breaking the rules.

When her father caught us at the boathouse, our love was derailed. Over. Forever. She turned the lights out on our love in an instant – the Ice Queen.

Immediately, she married her dad’s best friend, the biggest jerk in New York City, and had a baby with HIM.

My heart had broken in two, shattered. I didn’t think I could ever recover.

Fifteen years later, her outrageous secrets are revealed I knew I could NEVER forgive her.

She stole from me what I could never get back, and now she’s about to break me again.

But not this time, I won’t give her a second chance to steal my heart. 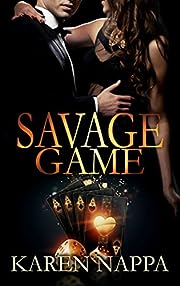 For the next month, her body belongs to the devilishly handsome Byron Nolan — a man with more money than god and an ego to match.

Ruthless and unyielding, he claims his prize with skillful pleasure, breaking down her defenses until she learns to crave every touch, every kiss, every shameful, depraved act he forces on her.

But even as Byron masters her body, Charlotte is determined not to gamble the one prize she can still claim as her own — her heart.

Because she’s in house, playing by his rules… and the house always wins. 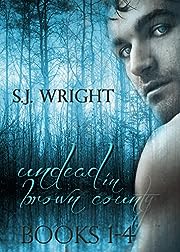 Sarah Wood’s quiet life in the country is about to change forever. When her father passes away, she discovers that the land her family owns has another purpose entirely. There’s also someone who’s been living right under her nose who is about to rock her world.

END_OF_DOCUMENT_TOKEN_TO_BE_REPLACED 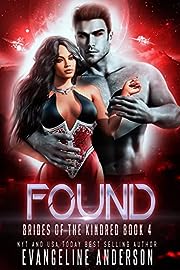 A Scourge Warrior with pearly gray skin and glowing red-on-black eyes, Xairn is filled with conflicting emotions. On one hand, he has finally gained his freedom and cut the ties that bound him to his race and the sadistic male who is his father. But doing so has unleashed feelings in him that Xairn would rather keep buried. Desires that he prayed would never manifest now rage through him and they are centered on one woman alone… Lauren Jakes.

Abducted by the Scourge, Lauren has formed a connection with Xairn more meaningful than any other in his life. But though she thinks she knows him, there is more to the huge Scourge warrior than she comprehends. A nightmare childhood and a cruel father have scarred Xairn’s heart almost past the point of healing. But that is nothing to the secret inside him—the forbidden desires coded into his very DNA , which urge him to commit unspeakable acts in order to sate his newly awakened hunger.

Can Xairn resist the brutal desire growing within him and fight against his very nature, which urges him to dominate and possess the female he mates? Can Lauren heal his heart before the AllFather’s trap closes on both of them? And can she teach him how to love before it’s too late? 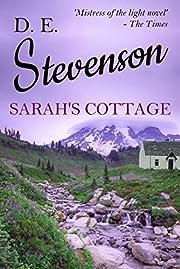 This attractive family saga opens with Sarah, recently married to Charles, furnishing a cottage in Scotland and starting on a life in sharp contrast to her own experiences in wartime London and the years Charles spent as a prisoner of war…

Their full entrance into village life is helped by Sarah’s grandparents, who have given them the land on which they have built their cottage. Sarah and Charles work together, collaborating in translations for a publisher, whilst Charles also embarks on writing his autobiography. Yet it soon becomes not books, but life itself which increasingly engrosses him and Sarah. In particular Frederica, the daughter of Sarah’s frivolous and pleasure-seeking sister, commands their sympathy and love.

One by one the characters of a large, attractive family make their appearance, and their relationships are woven into a deeply satisfying story. But it is the maturing of Frederica from her infancy into a young woman which stands at the centre, and it is through her that the nexus of family problems is finally resolved…

Bought by the Beast: A Dark Romance (Wicked Dynasty Book 1) 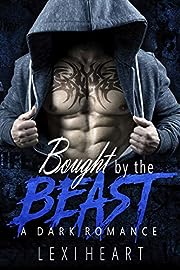 Daisy
When my family gets deep into debt with the Russians, I sell the only thing I can to save them: my virginity. He may be able to take my body, but he will never have my heart. It’s only a week. One week in the bed of the city’s most notorious criminal. I can handle it. I have to. But I don’t count on his scorching sensuality, his surprising sweetness. His fierce protectiveness. I know he’s the last man in the world I should fall for, but his touch ignites something deep inside me. His dark, tormented soul calls to mine, draws me in, forces me to feel things I’ve never allowed myself to feel before…

Dmitry
Working as a hit man for the Russian Mafia, my life is nothing but an endless abyss of violence and solitude. My only goal is to keep my head down and do my job until I’ve repaid my debt and can get the hell out. I’m so close. Soon, I will be able to put this life of blood and death behind me. Until I see her. Daisy. Sweet. Innocent. With a core of hardened steel. Everything I’ve ever wanted, and everything I know I can never deserve. In a world full of darkness and cruelty, Daisy is like a ray of sunlight shining down into the pits of my personal hell. She is the light to my darkness, the innocence to my depravity. I will move heaven and earth to make her mine. And God help anyone who gets in my way. 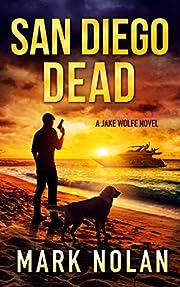 In a drug tunnel under the border, no one can hear you scream. Danger awaits Marine veteran Jake Wolfe in San Diego, where he finds white sand beaches, warm turquoise ocean water, boat trips among gray whales, and … cold blooded murder. Jake and his war dog cross paths with a drug cartel urgently seeking to reclaim a mysterious package. The missing item is a threat to US citizens and Jake vows to stop the cartel from possessing it. Time is running out and innocent lives are at risk, but Jake hopes that if anybody can hunt down the package, it must be his highly-trained and ultra-intelligent war dog, Cody. Find out what happens next. Start reading the latest Jake and Cody thriller right now and enjoy another fast-paced stand-alone story by author Mark Nolan.

The Worldship Humility (The Code Book 1) 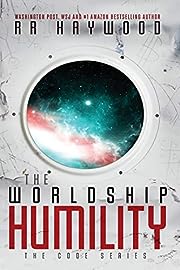 Sam, an airlock operative, is bored. Living in space should be full of adventure, except it isn’t, and he fills his time hacking 3-D movie posters.

Petty thief Yasmine Dufont grew up in the lawless lower levels of the ship, surrounded by violence and squalor, and now she wants out. She wants to escape to the luxury of the Ab-Spa, where they eat real food instead of rats and synth cubes.

Meanwhile, the sleek-hulled, unmanned Gagarin has come back from the ever-continuing search for a new home. Nearly all hope is lost that a new planet will ever be found, until the Gagarin returns with a code of information that suggests a habitable planet has been found. This news should be shared with the whole fleet, but a few rogue captains want to colonise it for themselves.

When Yasmine inadvertently steals the code, she and Sam become caught up in a dangerous game of murder, corruption, political wrangling and…porridge, with sex-addicted Detective Zhang Woo hot on their heels, his own life at risk if he fails to get the code back.