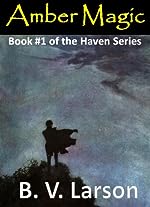 The humans have no magic and are hunted for sport, but that is about to change. War is coming….

The Sun Dragon spawned nine lesser dragons which devoured their parent for the power the elder possessed. These young dragons fought for choice bits of the Sun Dragon, but each only managed to eat a portion, thus giving them specific powers. Over time, these foul dragons were hunted down and slain by heroes of old. When each body rotted away, nothing remained save for nine Jewels–each the lens of a dragon’s left eye. These Nine Eyes, or Jewels, form the basis for all magic in the world.

The Haven Series is a fantasy epic about the Nine Jewels of Power, each of which represents a different form of magic. The Red Jewel, known as Sang, gives the wielder power over Blood Magic. The Blue, named Lavatis, can call the Rainbow and rules the Sky. 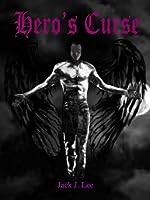 “This was a very fast paced and exciting book throughout.”

I’ve got no choice but to warn you. Read further, the truth will be revealed and it will enslave you. You don’t want to know how the Universe works. I know I didn’t.

I don’t care who you are or what you believe—Christian, Muslim, Hindu, Wiccan, Atheist, anything and everything. You’re all wrong.

The following is a story of my life after I got drafted by God to fight the minions of darkness. Jehovah of the Holy Bible exists and holy warriors are needed to defend us.

If you’re wise, you’ll set this book down now and walk away. Keep your illusions; they won’t hurt you. Learn too much, open the door that is better left closed, and you’ll be fighting by my side. 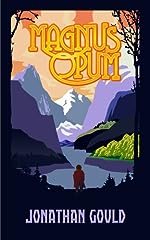 “Magnus Opum is a terrific fantasy adventure, full of colourful characters, great settings and some fabulous and often hilarious dialogue to boot.”

Do you ever get one of those moments when you want to lose yourself in a book that is totally magical, brimming with imagination and fantasy, and entertaining from start to finish? This book by the very talented Jonathan Gould is the very thing that delivers on all counts.

Beasts of the Walking City 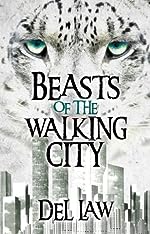 “Very rarely do I find a story this well done, I couldn’t put it down.”

Blackwell is a haunted, bourbon-loving Beast on a one-way trip to steal from one of his world’s biggest gangster families–a family you just don’t want to cross.

But the theft is just the beginning, and Blackwell isn’t prepared for everything that comes next.

First, he’s hunted by a cult who wants to wipe his race out for good.

Then, he’s a pawn stuck between powerful gangster families at each other’s throats.

Who can he trust the guy he works for? That’d be Al Capone not the nicest of employers. The beautiful and seductive double-agent named Mircada who will steal his heart? A huge fire-belching family kingpin named Nadrune who wants him for her pet? The mysterious woman Kjat, who loves him and who’s filling up with crazy demons from another world? The crazed general who’s after him for revenge? (Not him; that’s pretty clear.)

Then there’s the mystery of a legendary flower that once belonged to his race, a flower that might change the world–if only he can find it. 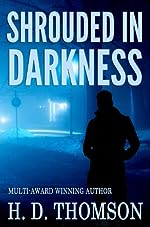 “An unexpected twist at the end finished the story off nicely.”

Jake Preston is on borrowed time. If he doesn’t stumble upon a miracle and soon, he’ll end up dead. And even if he does, he still might end up dead with a clever killer hounding his heels. He believes that the one miracle and antidote to save him is in Margot Davenport’s house, across the country and miles away from Boston. Somewhere locked in her home is the key to reversing an experiment that is killing him. 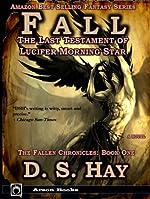 And so it came to pass in the waning days of our century that a curious deal was struck between Heaven and Hell, or more specifically between Lucifer Morning Star and the Presence.

The Book of Life, that book that holds the names of those souls deemed for salvation has been stolen from the Silver City. Without the Book there can be no Judgement as foretold in the Revelation.

Two renegade angels are suspect and are believed to be on Earth.
For reasons known only to himself, Lucifer accepts the deal with Heaven to recover the Book of Life.

But jealousy and pride are not an exclusive domain. A small band of angels lead by Mika’il, the Angel of Vengeance seeks to stop him.

Accompanying the Morning Star on the most important quest in Creation are Maggie McCreedy, a recently widowed romance writer now witness to Lucifer’s Testament; Duma, a misfit angel who almost joined in the Fall; Andrew Honeybone, a not quite yet dead, but rotting lawyer, and Mr. Pouge, an enigmatic gorilla of a man.

Together their journey takes them from the Silver City of Heaven to the Ninth Circle of Hell to the now desert wasteland of an earthly Eden.

It is a mythical mystery tale of redemption, deceit, salvation, betrayal and faith. 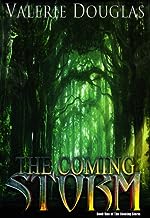 “This was one of the best fantasy books I have ever read.”

Elon of Aerilann, Elven advisor to the High King of Men, helped negotiate the treaty between Elves, Dwarves and men. He suddenly finds that fragile truce threatened from without by an unknown enemy and from within by old hatreds and prejudice. With the aid of his true-friend Colath, the wizard Jareth and the Elven archer Jalila, he goes in search of the source of the threat.
Ailith, the Heir to Riverford, fights her own silent battle. Her father has changed, but her quest to discover what changed him puts her life and very soul in danger and leaves her only one direction in which to turn. Elon.
To preserve the alliance, though, Elon will have to choose between his honor, his duty and everything for which he fought. 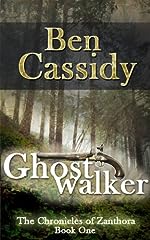 Kendril is a Ghostwalker, a man who is dead to his former life and bound by a solemn vow to seek penance for some mysterious dark sin in his past. When a chance encounter in the forest leads him to inadvertently rescue a woman named Jade, a woman who claims not to remember anything about who she is or what has happened to her, Kendril becomes her reluctant guardian.

But after a gang of ruthless bounty hunters comes after Jade, Kendril finds himself thrown into a deadly game of cat and mouse where one wrong step will be his last. Now he must use every ounce of daring and cunning he has to escape with his life and to protect the woman he is growing to love, a woman with no past.

But can he trust Jade, or will her secrets lead to his undoing? 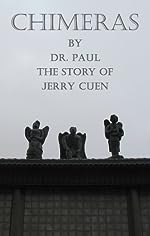 “This was a very well constructed novella.”

From his death bed, Jerry Cuen confesses how statues (gargoyles) could talk, move and protect the building they guarded.

Dr. Paul is a mental health therapist who specializes with patients who claim to have had extreme paranormal experiences. Some of his patients have allowed Dr. Paul to edit and publish their experiences. The series may be read in any order. 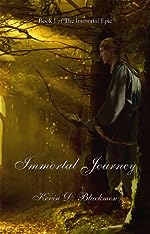 What if the stories long ago of monsters were true? What if many of those monsters still exist today, and what if they walk among us? Author Kevin D. Blackmon tells a fantastic tale as it was told to him by an elf named Kieran. Dry your eyes through the loss of Kieran’s loved ones while he struggles with his religious beliefs. Feel the excitement as he battles other mysterious and magical creatures from the Dark Ages to present day. Follow his journey to its epic climax that will leave you thirsting for more!