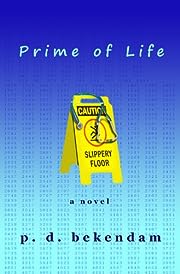 Ben used to be a cardiothoracic surgeon before he suddenly abandoned his career and became a janitor at a retirement facility. Now, other than dealing with minor problems such as an unhealthy obsession with prime numbers, an inept boss, and a feud between two cantankerous retirees, he lives a relatively stress-free life. There is even hope for romance when an attractive podiatrist shows an interest in him.

But it is not long before his past catches up with him and his carefully protected world begins to unravel. He is forced to face deep issues about life and God head-on, rather than hide behind his cleaning cart.

Xandra Illuminata Smith has lived for the last three years with ghosts as parents but her life gets even stranger after her seventeenth birthday when she finds out that her mother is actually a Witch in hiding and her biological father, whom she knew nothing about, is a Fairy and King of the Fae realm.

Xandra is the first Witch Fairy to be born in thousands of years for very good reason. No one should be able to control that much magic and Xandra was never meant to be born at all but her mother has manged to keep her hidden away until now.

The Witches want her dead and the Fairies want her blood, for only her blood will reopen the gateway to the Fae realm and allow them back into this realm to take revenge on humans and Witches alike for having banished them hundreds of years ago.

Xandra has very little time to learn how to use her powerful Witch and Fairy magic that has been bound since her birth while running from the Fairies who managed to jump realms and want to take her blood to set the others free. She needs someone to teach her and her parents enlist the help of one powerful Fairy who claims to want to keep the realms closed to each other. He will help keep her safe and alive as she learns, at least that’s what he says…

The Squirrel that Dreamt of Madness 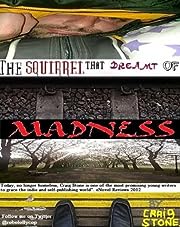 “Sometimes you need sit in the wrong place to see the right view”.

Well, that’s what I did.

This is the story I made up whilst trying to keep my sanity as I lived alone in a park, as I came to terms with what I was doing, after making some extremely bold, and some might say, stupid choices.

I sat under a tree in real life, writing about what it was like to be homeless. After a while, due to starvation and lack of human contact, I started writing a rambling story that was my minds only outlet.

The Squirrel that Dreamt of Madness is that story.

Download this book now, it costs less than a coffee or a box of monster munch, and find out for yourself what the bearded man in the shop doorway is really thinking. 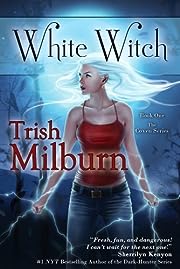 Witchcraft Is Her Family’s Business.No One Quits The Family And Lives To Tell About It.”Jax” Pherson has power, enough power to know her future will end in service to the dark coven her father controls. Unless she can stay hidden in a small community in the mountains of North Carolina. She must find a way to live without magic and deny the darkness she feels welling up inside her-the same dark power that fuels the covens around the world.All she wants is a normal life. A boyfriend. Friends. Some place to belong, but all too soon Jax’s barely begun new life hangs in the balance when she discovers that the boy she’s attracted to is sworn to kill her kind. He’s a hunter with good reason to kill everything that goes bump in the night.Even the most fleeting use of her power is tantamount to signing her death warrant and will bring both hunter and coven down on her. But can she walk away when her friends are threatened by an old evil? Something created by the magic of witches? Jax’s only hope of survival is to convince the boy she loves to forget everything he’s ever been taught and help her find a way to fight the covens. To believe there is some good in her.

While You Were Dead 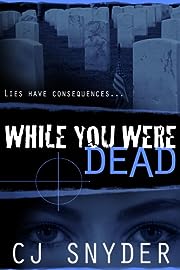 Twelve years ago, Max Crayton had no choices. Honor bound to hunt a traitor, the government declared him dead to the outside world. He completed his mission, but lost the only woman he ever loved and a child he never knew existed.

And so does breaking a woman’s heart…

Max was her life, her very heartbeat. After his death, alone and haunted by a dangerous past, Kat Jannsen made the ultimate sacrifice to keep their daughter safe.

When Kat discovers Max is alive her carefully constructed jigsaw puzzle life is torn to pieces. But an old enemy has been watching…waiting to strike. As the danger mounts, she has nowhere to turn but to Max. She can trust him with her life, but does she dare trust him with her heart? 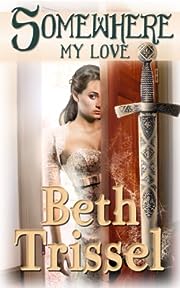 Fated lovers have a rare chance to reclaim the love cruelly denied them in the past, but can they grasp this brief window in time before it’s too late?

Two hundred years ago Captain Cole Wentworth, the master of an elegant Virginian home, was murdered in his chamber where his portrait still hangs. Presently the estate is a family owned museum run by Will Wentworth, a man so uncannily identical to his ancestor that spirit-sensitive tour guide Julia Morrow has trouble recognizing Cole and Will as separate. As Julia begins to remember the events of Cole’s death, she must convince Will that history is repeating, and this time he has the starring role in the tragedy. The blade is about to fall. 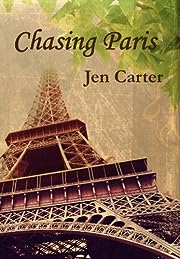 Amy Winthrow is shocked when her grandmother dies–not because Elizabeth Hathaway’s death is unexpected but because her existence had always been hidden. Ever-inquisitive and prone to letting her imagination get the best of her, Amy embarks upon a journey with an unlikely friend to unravel the mysteries of the elusive Lizzie Hathaway. As she follows the trail of broken dreams and promises of her grandmother’s life, Amy finds herself on a path of accidental self-discovery–a path that she chases all the way to Paris where Lizzie’s story ends and Amy’s begins. 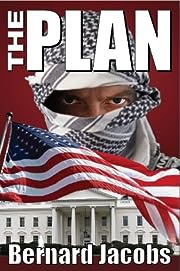 The Plan is a political thriller based on actual current historical events that suggest the near future. The U.S. economy of 2015 remains mired in a cycle of debt and decline. President Winters sets out to acquire the financial resources necessary to restore. In a radicalized world of the President’s making, taunted Islamic expatriates demonstrate violently against their European hosts. A threatened Iran seeks nontraditional alliances. A nuclear-armed Pakistan encourages Israel to consider a multiple first strike. Traditional political alliances crumble, new leaders emerge. Outgoing rulers follow their personal wealth to the safety of the United States. Foreign investment swells America’s coffers – all in reaction to the President’s nefarious intrusions. 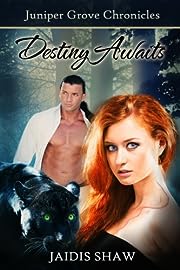 Twenty-year-old Alayna Scott receives visions around water, but even her foresight couldn’t prepare her for the tragic accident that claimed the lives of her parents. With everything she loves gone, Alayna packs up and moves to the small town of Juniper Grove in hopes of starting over.

Jayden McKnight can’t explain the attraction that he feels whenever Alayna is near, but he does know that he will do whatever it takes to win her heart. When a vampire selects Alayna as his next victim, Jayden will stop at nothing to ensure her safety – even if that means bringing Alayna into a world that she never knew existed.

Love blossoms, challenges are made and Alayna will find herself fighting not only to survive, but to understand what she has become. 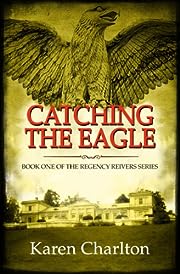 Easter Monday, 1809: Kirkley Hall manor house is mysteriously burgled. When suspicion falls on Jamie Charlton, he and his family face a desperate battle to save him from the gallows. When £1,157 rent money is stolen from Kirkley Hall, it is the biggest robbery Northumberland has ever known. The owner sends for Stephen Lavender, a principal officer with the Bow Street magistrate’s court in London, to investigate the crime. Suspicion soon falls on impoverished farm labourer, Jamie Charlton, and the unpopular steward, Michael Aynsley. Jamie Charlton is a loving family man but he is hot-tempered and careless. As the case grows against him, it seems that only his young brother, William, can save him from an impending miscarriage of justice. But William is struggling with demons of his own. Desperate to break free from the tangled web of family ties which bind him to their small community, he is alarmed to find that he is falling in love with Jamie’s wife. Set beneath the impenetrable gaze of a stray golden eagle whose fate seems to mirror that of Jamie’s, Catching the Eagle, the first novel in the Regency Reivers Series, is a fictionalised account of a trial that devastated a family and divided a community.

Edgar Award-winning author Tom Franklin’s atmospheric drama set in Mississippi during the 1970s follows the lives of boyhood pals Larry Ott and Silas Jones. After Silas was accused of a girl’s disappearance, the friendship ended. Twenty years later, Larry is a constable investigating another girl’s disappearance, and Silas is a suspect.

Kevin stuns glass artist Lucy Marinn after leaving her for Lucy’s own sister. Their engagement over, Kevin tries to help Lucy get over her anger by secretly setting her up with Sam Nolan, a friend and local vineyard owner. Complications ensue when Sam falls for Lucy and Kevin has second thoughts.

It’s 1808 and Napoleon is battering the English army and navy. Enter Mr. Norrell, a fusty but ambitious scholar from the Yorkshire countryside and the first practical magician in hundreds of years. What better way to demonstrate his revival of British magic than to change the course of the Napoleonic wars?

When best friends Dak Smyth and Sera Froste stumble upon the secret of time travel–the Infinity Ring–they’re swept up in a centuries-long secret war. Recruited by the Hystorians, the kids learn that history has gone disastrously off course, and they must travel back to fix the Great Breaks